Rovers earned a point at home to Shrewsbury Town, in a fiercely competed game at the Mem on Saturday afternoon.

Shrewsbury took the lead 35 minutes into a physical first half, as Shaun Whalley's deflected strike wrong-footed Jack Bonham in the Rovers goal.

However soon after the break the scores were level, as none other than Alex Rodman came back to haunt his former employers with a great header at the front post off Chris Lines' free kick.

Substitute David Edwards was sent off for a dangerous challenge on Lines inside the final 10 minutes, but Rovers were unable to find a winner against a compact Shrewsbury outfit. 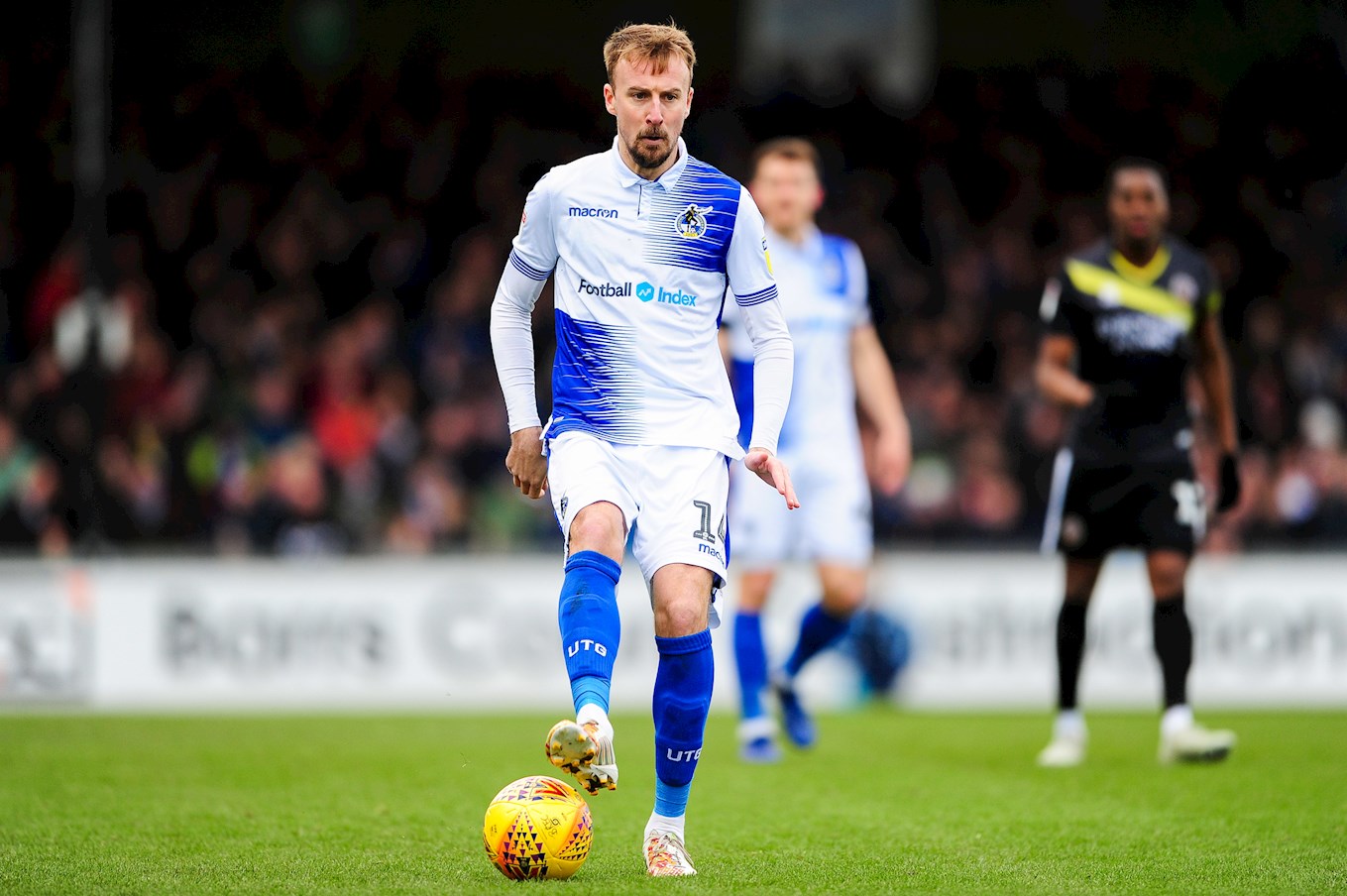 The only change to the starting XI came in the middle of the park, as Lines replaced Ollie Clarke.

Abu Ogogo made his first Rovers appearance at the Mem, following his debut last weekend at Southend United.

Shrewsbury made a decent start to the game, with two quickfire corners inside the first five minutes, both of which tested Bonham at his near post, first punching clear and then doing just enough to stifle Mat Sadler.

The pressure continued and the visitors won another corner, which was whipped in with pace and glances across the box onto Ro-Shaun Williams who got his head to the ball but could not direct it at goal.

However the best chance of the opening 15 minutes fell to Rovers, as Lines' deep delivery was poorly cleared and fell kindly to Liam Sercombe six yards out. The midfielder had his back to the ball so had to turn, which allowed the keeper to get set as he smothered Sercombe's shot. 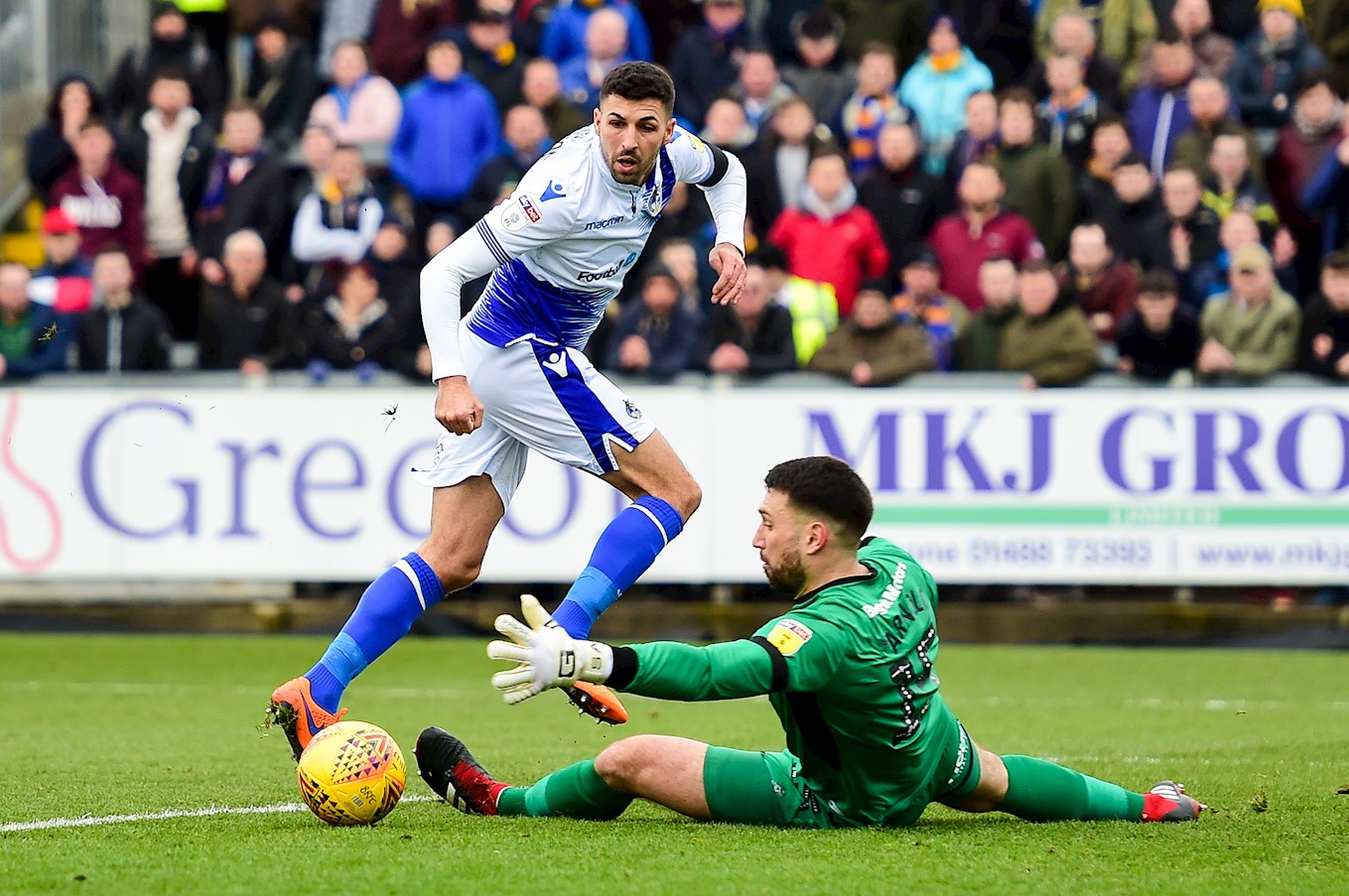 Joe Partington picked up the game's first yellow card on 17 minutes, as he scythed down Josh Laurent in the right-back position.

Ogogo followed soon after, as he was cautioned for his reaction after being recklessly bundled to the ground by Oliver Norburn, who also received a yellow for his actions.

Norburn could have easily headed for an early bath moments later, but was kindly given the benefit of the doubt from referee Peter Wright after he chopped Gavin Reilly down in midfield.

The temperature of the game stepped up a notch as the Shrews opted for a particularly robust approach - Assistant Manager Chris Hargreaves was booked for his display of frustration after a push on Tom Nichols was not penalised, yet a similar one from Partington Fejiri Okenabirhie second later was.

A chance then fell kindly to Josh Laurent inside the area, but the Town man leaned back and sliced the volley deep into the Thatchers end.

With 10 minutes of a feisty first half left, Shrewsbury took the lead as Whalley played a give and go with Laurent, before seeing his strike fortunately deflect off Tom Lockyer, leaving Bonham helpless as the ball hit the back of the net.

There was one last opportunity before the break for Rovers to grab an equaliser, with Lines delivering a good free kick to the back post that was just taken out of the line of Tom Lockyer's head by a defender. 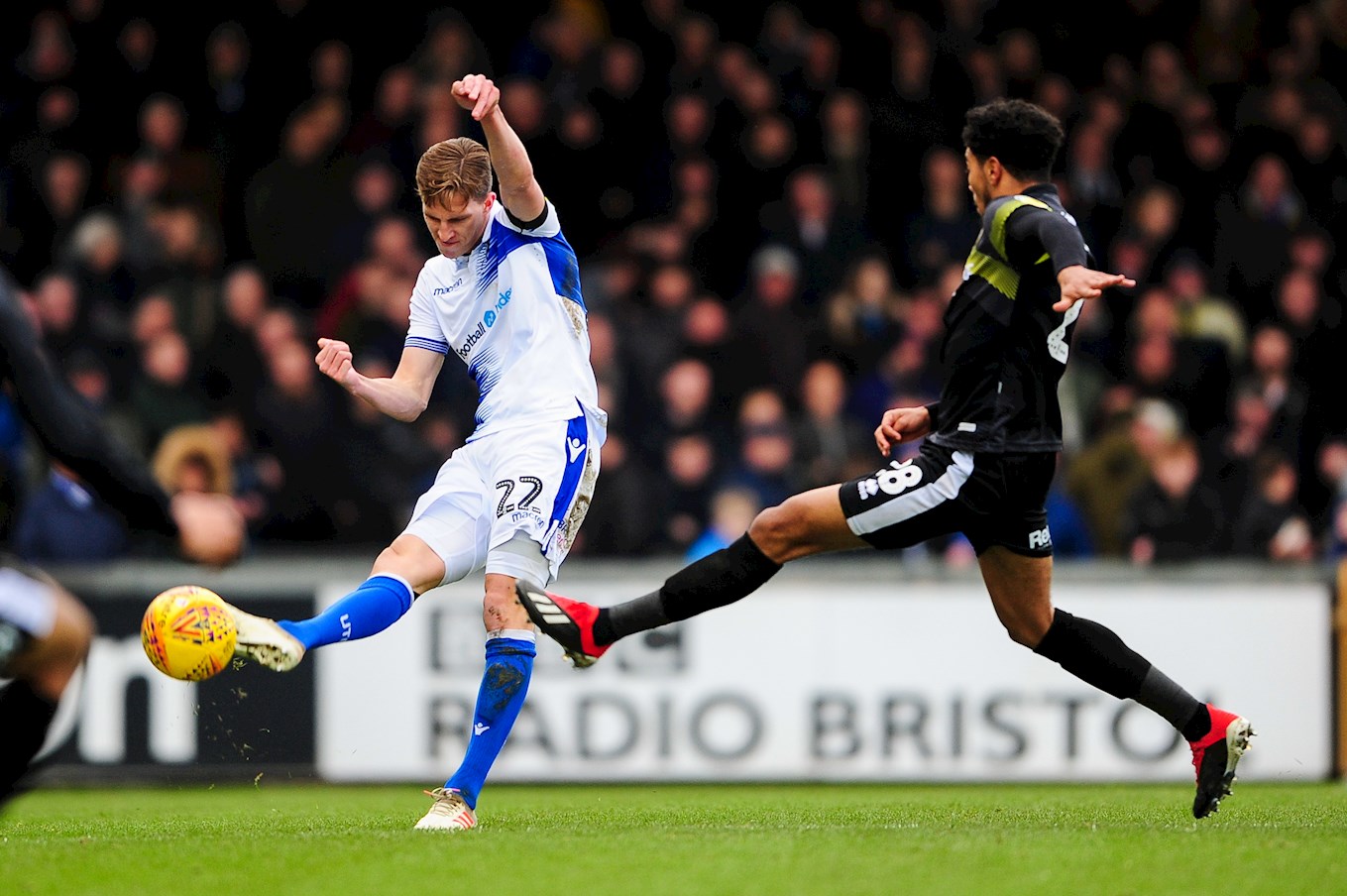 Not long after the restart, Graham Coughlan made a double switch as he introduced a fresh front two, with Nichols and Reilly being replaced by Alex Jakubiak and Jonson Clarke-Harris; a home debut for the latter.

Clarke-Harris got straight into the action and showed superb strength and endeavour as he jostled for the ball on the right wing and won a free kick after he was fouled by Scott Golbourne.

It would prove to be a crucial set piece, as Lines delivered an inch-perfect cross that was met by the head of Rodman at the near post and guided expertly into the top corner, against his former club. 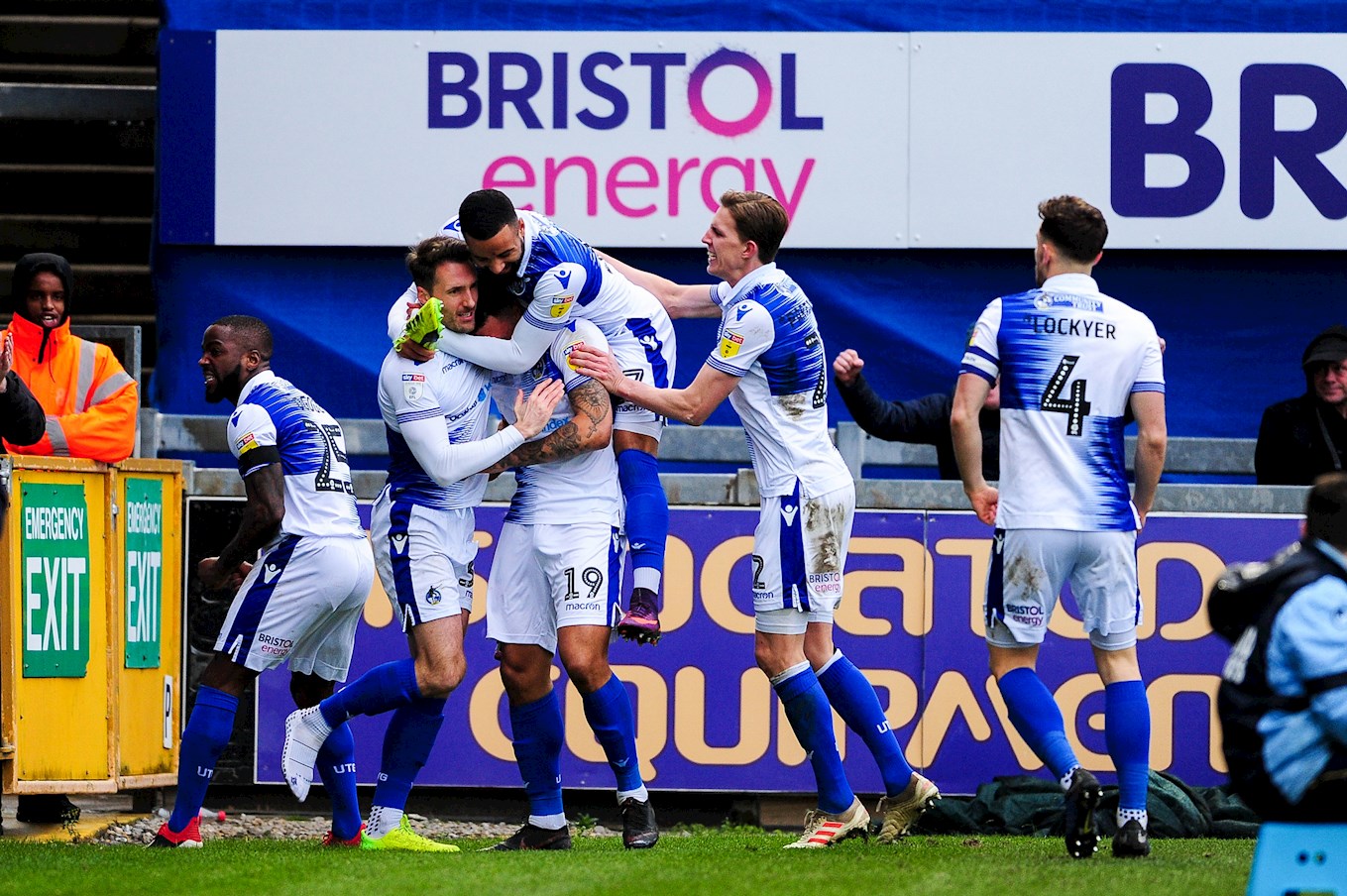 The atmosphere at the Mem ramped up and Rovers had their tails up, as Jakubiak went close with a curling effort from outside the box that was tipped wide by Steve Arnold.

Shrewsbury were not without threat despite Rovers ascendancy, as substitute Greg Docherty found himself free inside the box on the left side and flashed a decent strike just wide of the far post.

Up the other end, just as he did in the first half, Sercombe had another great opportunity as a high ball dropped to his feet 10-yards out, he took a touch and looked sure to fire home but his effort flew straight down the throat of a relieved Arnold in the Town goal.

The visitors' aggressive manner continued in the second half and ex-Bristol City full-back Golbourne was perhaps lucky to escape with just a yellow for a shocking tackle on Partington - Rodman was booked for his agitated reaction.

Tony Craig then went close from a corner as he glanced into the side netting at the near post.

Partington was brought out off with 10 minutes left, with Coughlan erring on the side of caution with the right-back on a yellow card - James Clarke a straight swap on the right side of defence.

It was long overdue but Town were finally reduced to 10 men, as substitute Edwards sole contribution to the match was a shocking challenge on Lines, for which he was rightly given his marching orders.

Rovers looked to mount pressure and find a winning goal, but there was to be no way through as they had to settle for just the one point.