The Gas U18's exit the FA Youth Cup with a 3-1 defeat against Southampton at the Mem.

The young Rovers side were competitive in a goalless first half and matched Southampton and could have easily found themselves ahead with notable chances falling to Kieran Phillips, Zain Walker and Luca Hoole.

Shortly after the restart, Southampton took a foothold in the tie as Alex Jankewitz converted from a squared pass to put the Premier League outfit ahead.

Southampton added to their tally from the penalty spot, as Sam Bellis slotted home a spot-kick he won just 11 minutes after Jankewitz goal to give the visitors a two-goal cushion.

Bellis added a third for Saints inside the final 15 minutes, as a late Zain Walker goal reduced the Southampton lead inside the final ten minutes, with the goal coming a little too late for Rovers to spark a comeback. 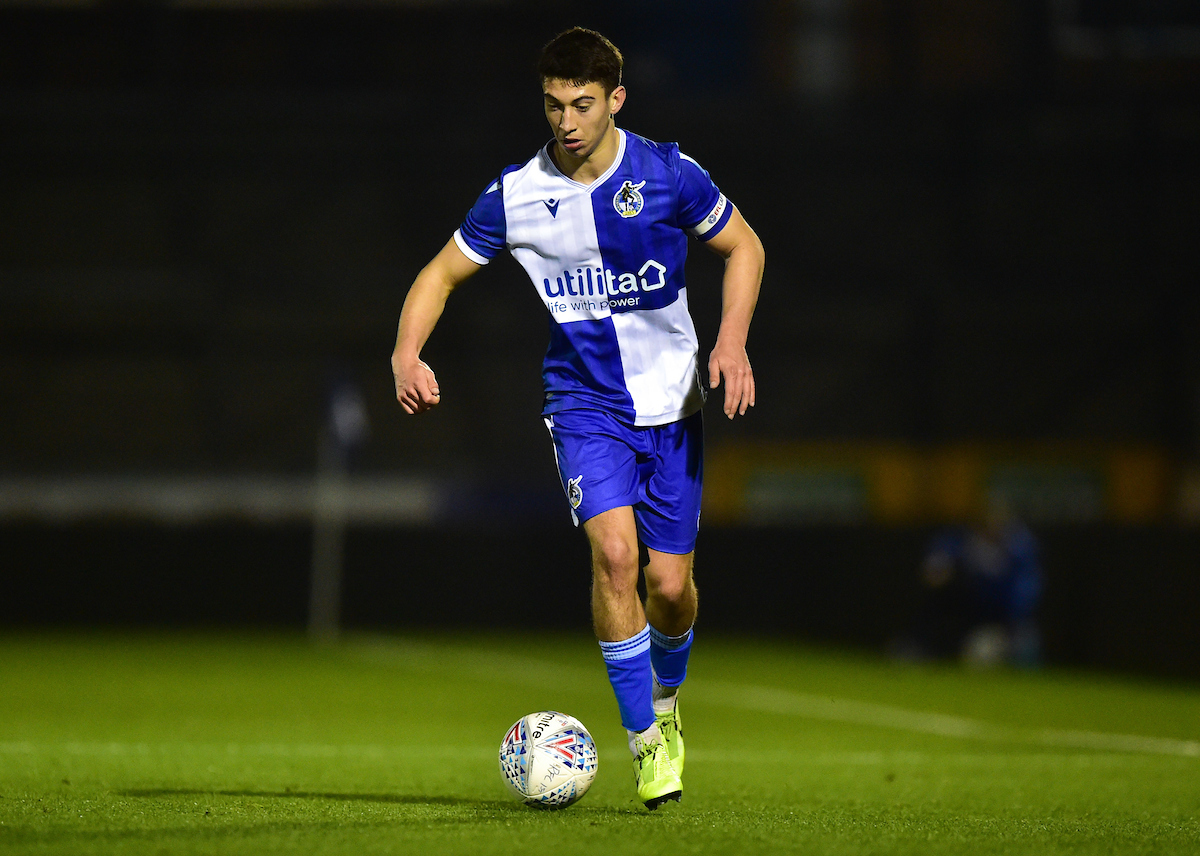 In naming their side for the encounter, the Gas U18's were able to call upon Luc Noble in the heart of the defence, after the youngster made a return to action to feature for the first time in the FA Youth Cup this season.

Kieran Phillips and Ollie Hulbert continued their partnership in attack, with the duo totalling four goals in the previous rounds against both Swindon Town and AFC Sudbury. 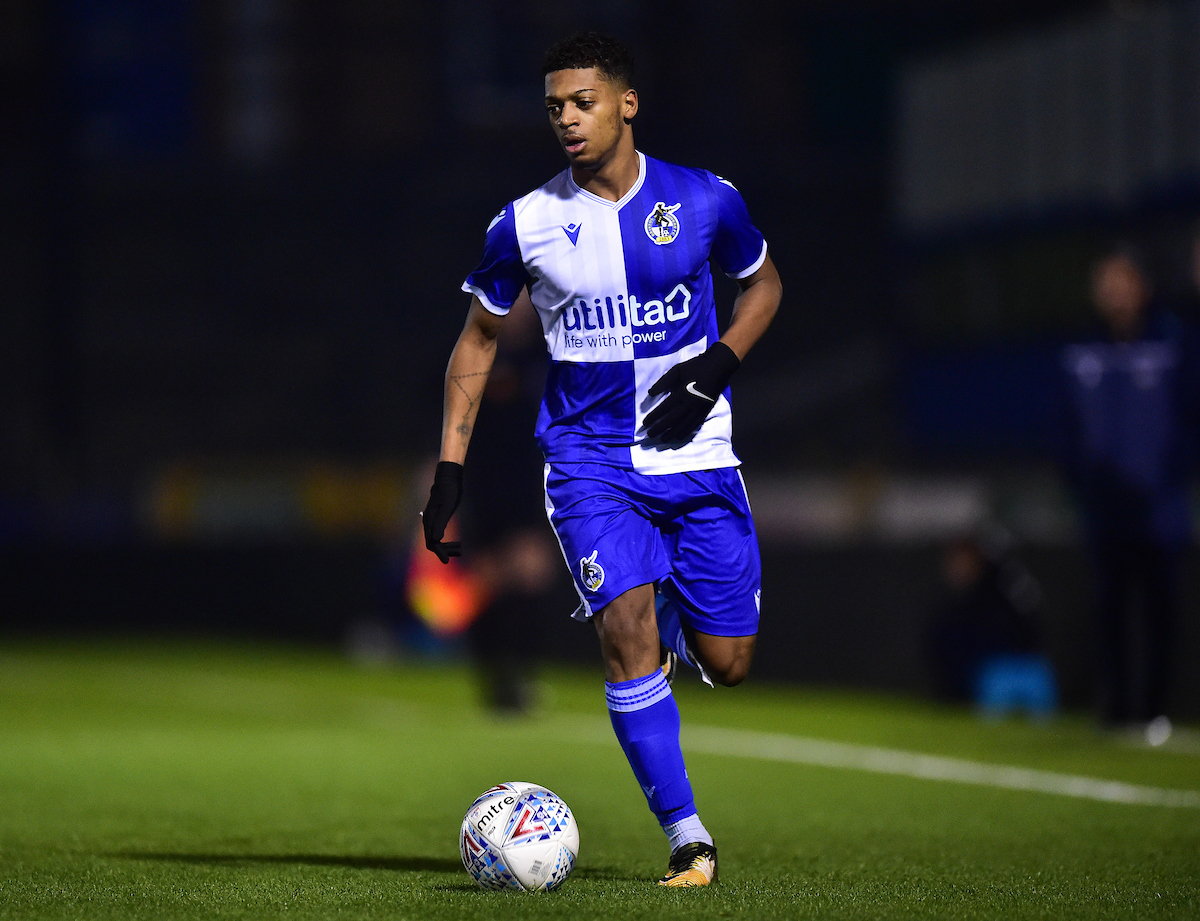 In the early stages, the Gas' backline had to be alert to early Southampton pressure. Luc Noble made a smart stop to prevent an early cross from the visitors reaching a threatening location inside opening 60 seconds.

Southampton continued their early pressure and registered the first chance of the game, as Alex Jankewitz steered wide an effort from inside the Rovers area.

Rovers had a something of a let-off moments later, as Caleb Watts rounded Harry Thomas-Barker, but directed his effort wide when presented with an open goal.

Watts' missed kick-started a positive spell for Rovers, as Zain Walker forced a stop from Jack Bycroft, with an effort that took a heavy deflection inside a congested penalty area.

The chance from Walker was quickly followed by Kieran Phillips testing Bycroft, as the Rovers striker saw an initial effort rebound back into his path before striking a low-volley that required the Southampton 'keeper to tip the attempt wide.

The visitors looked the most likely side to score the opening goal as the first-half progressed, but Rovers continued to plug away, with Zain Walker and Luca Hoole both having half chances that required stops from Bycroft.

Hoole's header was perhaps the best chance the Gas created in the first 45 minutes, with the defender sending a guided header back across goal, forcing Bycroft into a diving stop.

Southampton did have a goal disallowed before the break, as Marco Rus latched onto a cross to turn home an impressive first-time strike, but the effort was quickly ruled out for offside.

The visitors ended the half with a free-kick from James Morris climbing over the target, with the deadlock remaining in place at the interval.

Southampton took the lead minutes after the restart, as Jankewitz managed to meet a squared pass inside the Rovers area and settled a finish into the roof of the Rovers net to put Southampton ahead.

The visitors added the security of a second goal just 11 minutes after Jankewitz broke the deadlock. The Saints second goal came from the penalty spot, as James Gorman's tackle tripped Sam Bellis inside the penalty area, with Bellis dusting himself off to dispatch the resulting spot-kick.

With a little over 15 minutes remaining, Southampton added a third goal, with Bellis again on the scoresheet, finishing a well-worked move for the visitors, as the forward rounded the Harry Thomas-Barker to score his second goal of the contest.

Inside the final ten minutes, Rovers grabbed a goal to reduce the Saints advantage. It came through Zain Walker, who picked up the ball in the middle of the pitch and advanced towards goal, steering a low finish into the bottom corner.