The Gas battled back from 2-0 down to emerge as 4-2 winners against Southend United.

The person who first used the expression ‘A Game of Two Halves’ just called.

“That,” he said, “Is exactly what I was talking about.”

For 45 minutes against a Southend side whose paltry points return has them 22nd only because one team has expired and another started on minus figures, Rovers were outplayed.

The visitors played with more verve, belief and – frankly – quality than a remarkably lacklustre Rovers, and went into half time with a 2-0 lead with goals from Tom Hopper and Timothee Dieng. It looked like a rather embarrassing home defeat was on the cards.

The second half, literally from the opening seconds, was an entirely different story. Rover scored four, and in the end the 4-2 result could have been a wider gap. The gas were a side reborn, and played with not only a renewed vigour, but with no little quality. Jonson Clarke-Harris, Abu Ogogo and Ed Upson all scored to turned the game around, before a fourth goal sealed things, which may have come via Tony Craig or Alfie Kilgour, it was hard to tell.

There was no doubting the result, though, and the elation that Gasheads felt leaving The Mem was a stark contrast to their emotions an hour earlier.

Only a minute into the game, Nichols came off the front, controlled and pirouetted, as Liam Sercombe raced beyond him. Nichols found his team-mate’s run, and although Sercombe’s low ball was cut out, it was an early shot across the Southend gunwales.

The visitors had a chance of their own within moments. Brandon Goodship went full steam ahead on the right flank, and crossed early, finding Stephen McLoughlin in space. McLaughlin really have scored, but his effort finished closer to the traffic lights on Filton Avenue than Anssi Jaakkola’s goal.

Another quality cross, this time from the left, saw striker Tom Hopper get a head to the ball, but balloon it in the air, rather than get anything substantial on the ball.

At the third attempt, Southend got it right.

A different combination this time, paid off. Goodship earned himself a lollipop for a sharp, early, low cross to find, in space, Hopper. A goal, and Southend were bouncing.

Within five minutes, Southend almost doubled their lead. A right-wing corner by Sam Mantom found Shirmpers captain Timothee Dieng, who diverted goalwards, only to see Jaakkola get enough on the ball to push it against the upright. 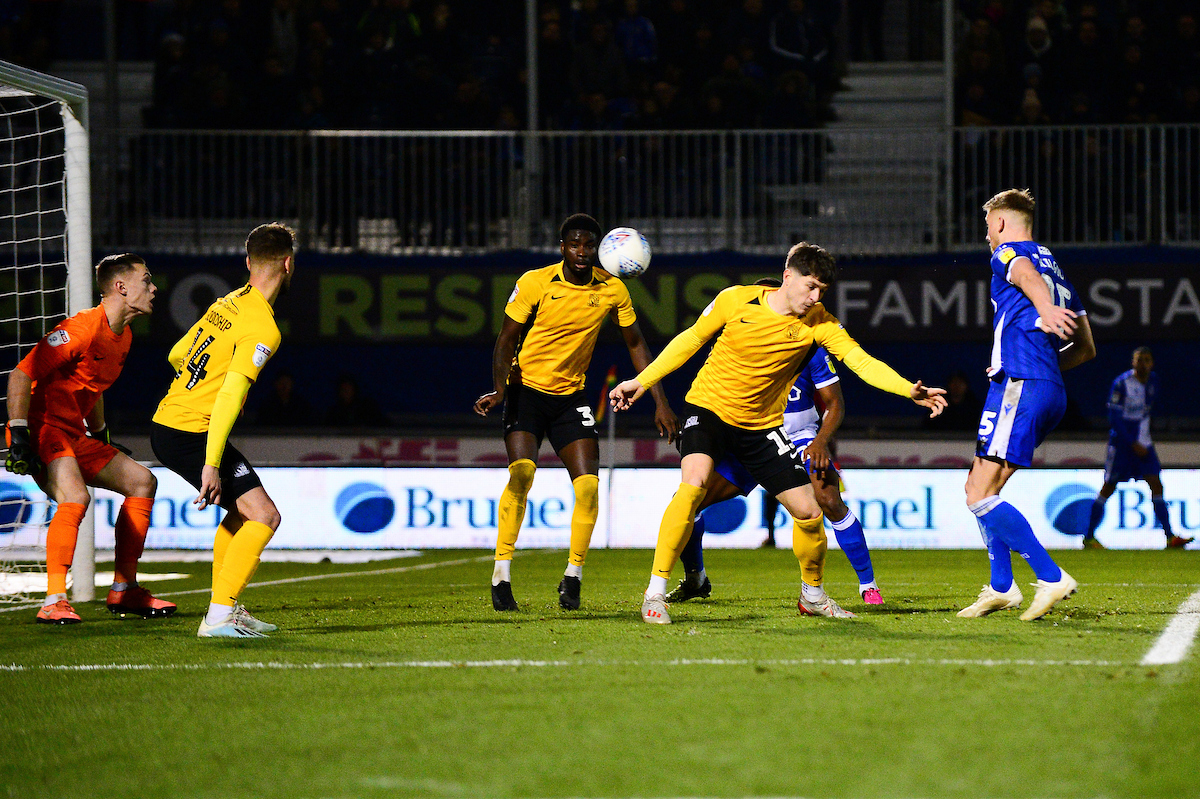 Rovers and Gasheads alike looked a little shell-shocked. This did not appear to be the struggling Southend side that had managed just six points this season. When Hopper went through in the left channel and fired on goal it looked like a second goal was imminent, only for Alfie Kilgour to get just enough on the ball to divert it wide of the post.

It took a bit of confusion in the Southend ranks to provide Rovers with a clear chance. A pass by Demetriou was probably meant for his right-back, but was slightly over-hit, and controlled by goalkeeper Nathan Bishop, with his feet. Bishop dribbled back into his box, and picked the ball up, having forgotten the ball came to him from a team-mate. Eventually, the referee realised too, and awarded Rovers an indirect free-kick inside the area.

From the dead-ball, a flick to Sercombe resulted in a ferocious shot across the goal, but a deflection took it wide, and Southend dealt with a corner to protect their one-goal advantage. They would soon have even more to hang on to.

Southend had their second goal, which it was hard to deny they warranted, when McLaughlin’s measured through ball picked out Goodship’s run, and from there it was a sweet trip into the area, and into the corner of the net.

A bit of bravery from Jaakkola stopped it from being three, as Hopper rolled Demetriou in, with the big Fin spreading his body enough to prevent Demetriou’s flick from going in.

Before the half-time interval arrived, Rovers fashioned a chance to close the gap. Nichols’ movement was too much for defender Rob Kiernan, who hauled the forward back and gave away a free-kick. From it, Jonson Clarke-Harris thundered one into the area, but enough Southend bodies got in the way and shovelled it to safety.

The complexion of the game could have changed the instant the second half began. A quick attack saw Nichols shoot into the body of the goalkeeper with 13 seconds only on the clock. It looked like a gift had been refused when it was most needed but, only seconds afterwards, another present was proffered.

Clarke-Harris reacted than Elvis Bwomono and – bless my soul – Rovers had a penalty, as the shook-up defender dangled a leg, and brought JCH down. Clarke-Harris took the kick himself, and Rovers’ good luck charm made no mistake.

Suddenly, the assured Southend of the first half evaporated before our eyes. And instead of the disjointed Rovers of the opening 45 minutes, Graham Coughlan’s men rediscovered their touch, their form, their belief.

Clarke-Harris was at the centre of much of it, and from a knock-down of his, Liam Sercombe looked odds-on to equalise. His strike was fierce, but a little off target, and flew over the bar.

It was coming, though. The early goal and chances had filled Rovers with belief, and that was borne out in the equaliser in the 55th minute. Clarke-Harris dropped off with the ball, and sent a beautiful arching pass to Nichols, entering the area. The number 10 latched onto the pass brilliantly, cushioning it towards the onrushing Abu Ogogo, with a touch off a Southend defender diverting it further towards the midfielder.

In the match-day programme, Ogogo told of not only his quest to get more goals in his game, but also of his desire to open his Memorial Ground account. The man who did not celebrate his winning goal at old club Shrewsbury had a bit joy stored up, and it came rushing out now, after he slotted into the bottom corner. 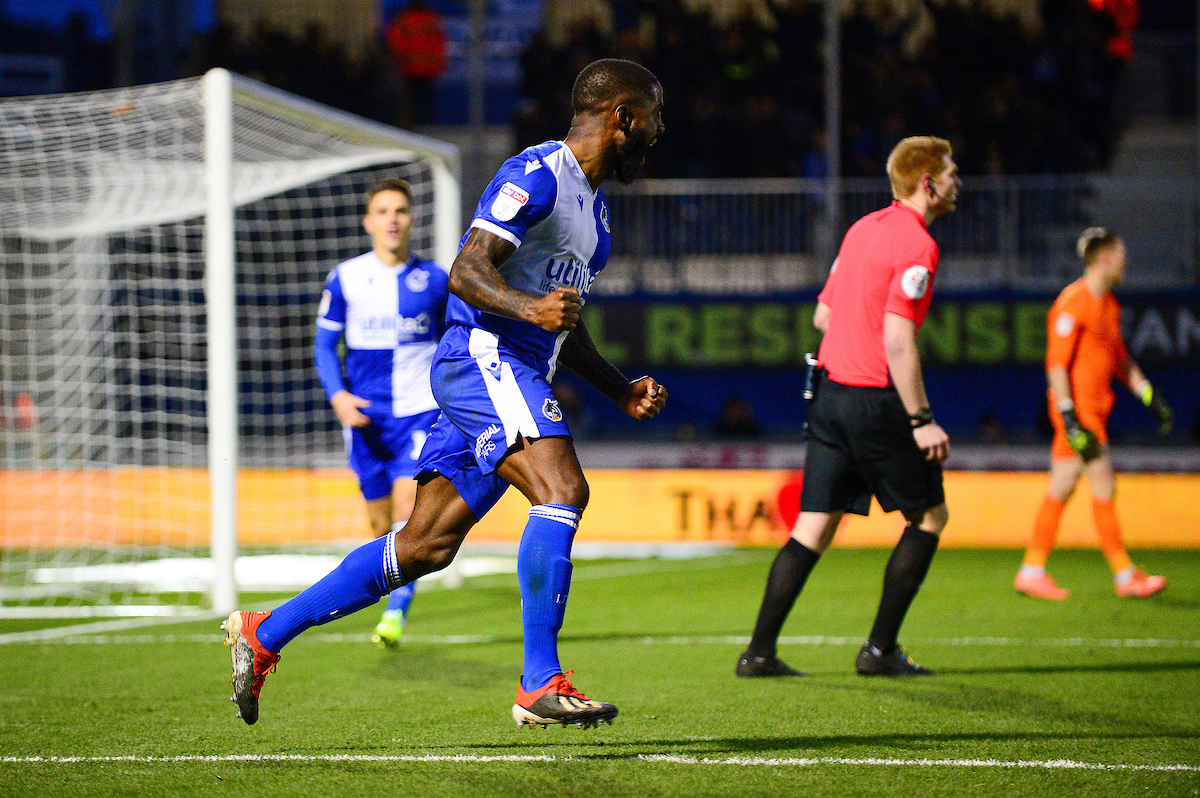 Now, could Rovers find a winner? Alex Rodman felt so, cutting inside and shooting from distance, forcing Bishop to scrabble to his left and push the ball wide.

However, at the other end, Southend offered a reminder. With Rovers pushing on, Southend embarked on a counter, which should have ended with Sam Mantom finishing the move. Instead, leaning back, he sliced into his own supporters.

Rover kept a constant stream of attacks coming, but the ball never seemed to fall perfectly for anyone. That is, until with 15 minutes remaining, the ball bounced to Ed Upson on the edge of the penalty area. Remember the game against Oxford? Surely he couldn’t? Could he?

On his 50th league start for Rovers, Upson marked the occasion with his fourth Gas goal, this the most welcomed of all. A dipping, controlled volley flashed past a stationary Bishop, who watched it in awe as it flew past him. Cue delirium.

At about 3.47pm, the notion of Rovers being 3-2 up in this game seemed about as likely as all this week’s electoral candidates to say “Shall we just call it a draw and be nice to each other?” 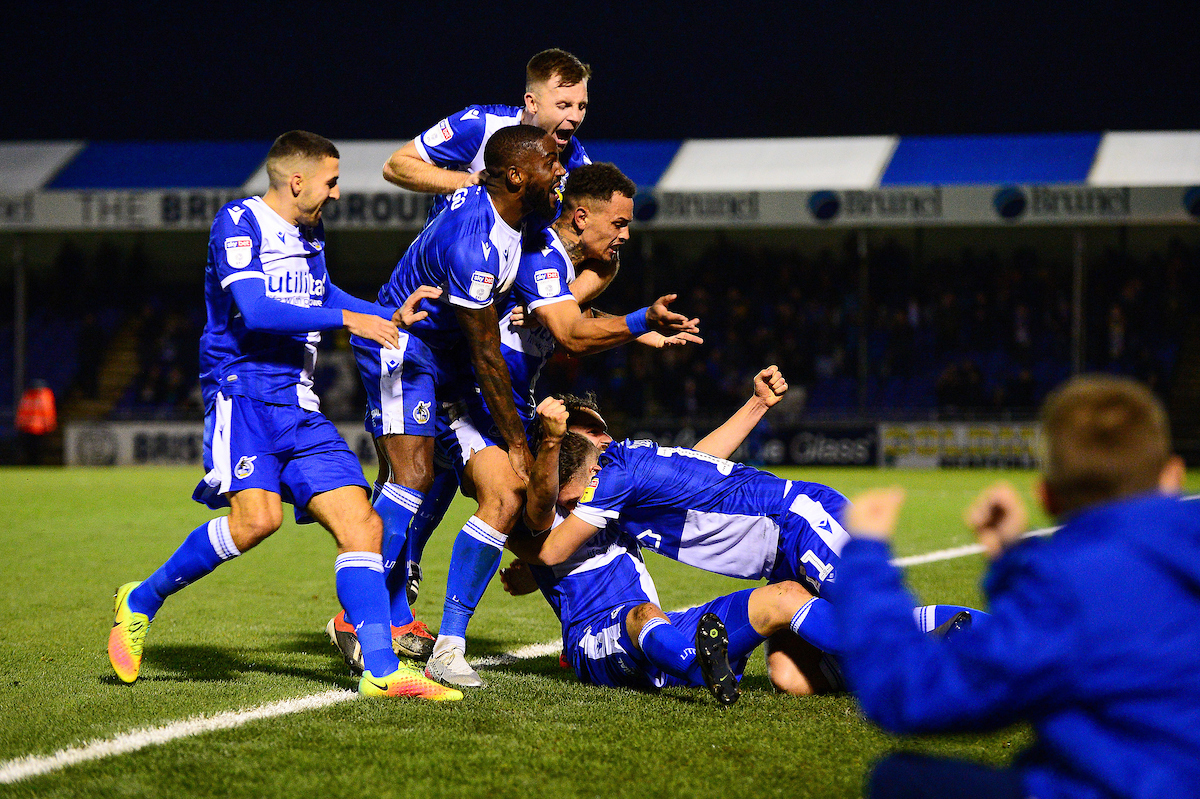 The idea of it being 4-2 was like a late call being made that the King or Queen of the Jungle could form a coalition with the Strictly winner.

Soon, though, that was the score. Tony Craig headed down from a corner, with the ball taking at a deflection off Alfie Kilgour on its path through a congested penalty area and nestling into the bottom right corner of the goal to reward Kilgour with his first league goal for the Gas.

Goodship and substitute Stephen Humphrys both went closer than was comfortable as Rovers looked to see the game out, but no further goals were added.

As off the pace as Rovers had been in the first half, they were superb in the second. It was as good an attacking performance as Rovers have produced in 45 minutes this season, and showed, in abundance, the character and qualities that their manager preaches on a regular basis.

It’s not how you start, it’s how you finish…