A battling display earned the Gas progression into the next round of 3rd Round of the FA Cup with a 1-0 win.

The Gas put a turbulent week to bed as they battled to a superb 1-0 win away from home against Plymouth Argyle, to progress into the next round of the FA Cup.

The goal came through a freak deflection, as a Plymouth defender fired the ball into the back of Cameron Hargreaves. It spun towards the box, and more importantly, towards the head of Alex Rodman, who leaped highest to beat his man and place a header into the top left. 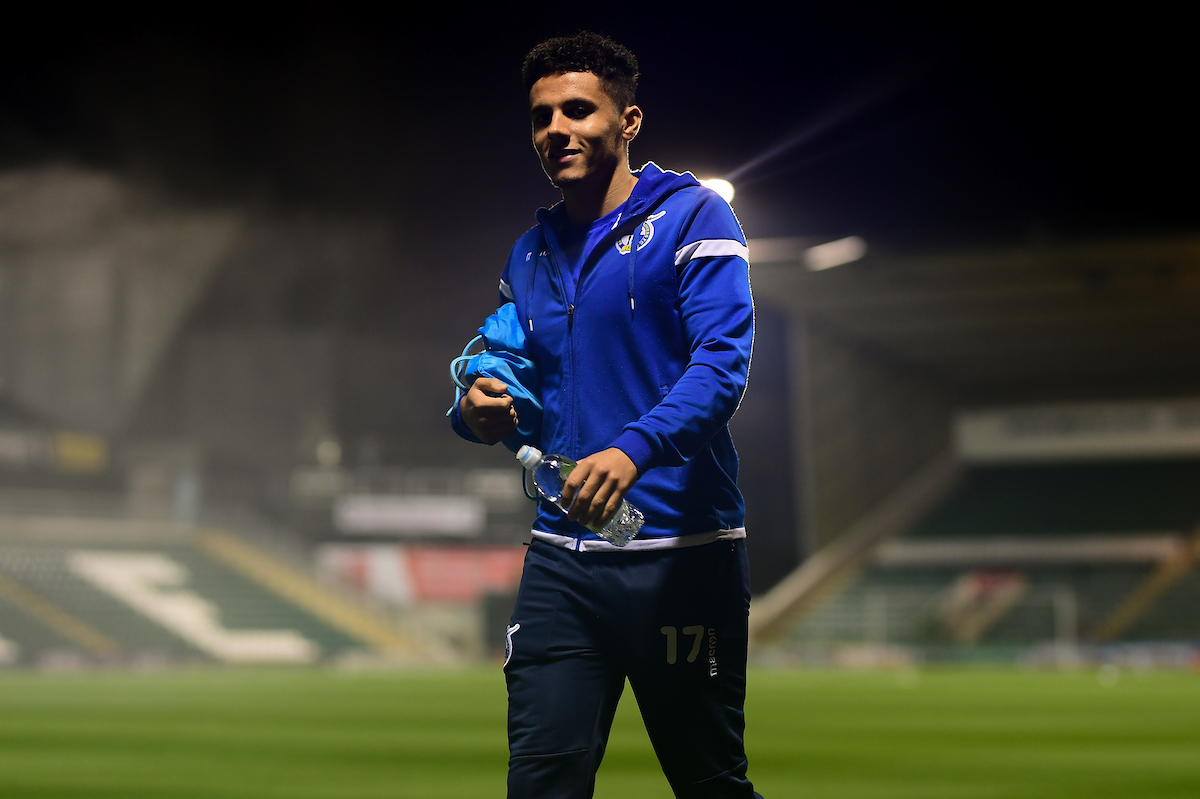 There was just one change from Saturday's line-up, with young Cameron Hargreaves trading places with Ollie Clarke, due to his suspension. 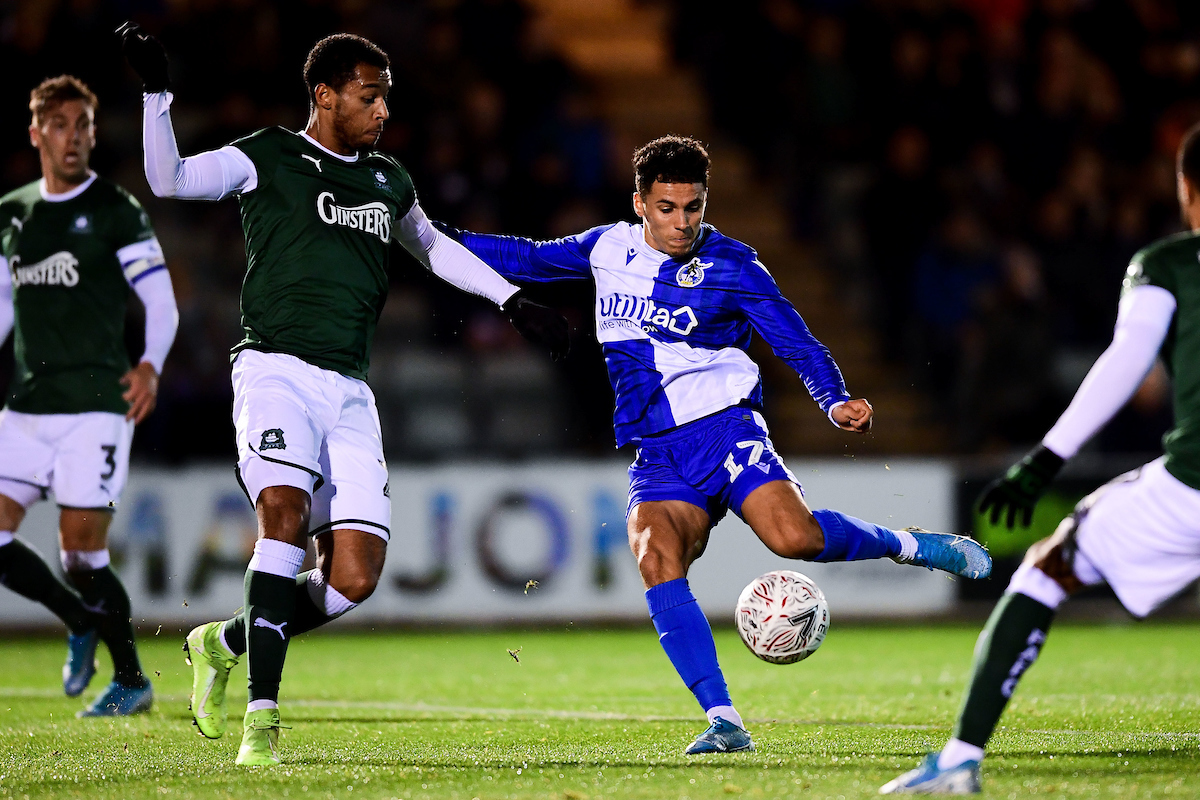 The Gas had the best of the early chances, with Rodman laying a good ball forward to Nichols as he headed towards the byline. The striker fizzed a low ball back across the face of goal, and whilst Leahy got to it, he couldn't adjust fully to get his first-time effort on target.

Sawyer forced the first save of the game though, just after the fifth minute, as he galloped forward into an area of space outside the box. He hit an effort low and hard, but Jaakkola was on hand to push the strike to teammate Rollin Menayese.

Despite Rovers controlling the majority of the play, Argyle looked dangerous on the break and showed this again after the 10th minute passed. A lofted through ball picked out Moore who squared it back to Sarcevic. The midfielder, who both scored and missed a penalty in the first game of this 2nd Round fixture, took a step and struck on goal. Jaakkola dived for it but watched the strike roll by his right post.

Not long after, a corner found Sawyer in acres of space inside the area. It took a last-ditch header from Luke Leahy to divert the ball Sawyer's header away from goal.

This was part of a prolonged spell of Plymouth pressure, as Danny Mayor cut inside dangerously not long after, with his shot finding the outstretched leg of Rollin Menayese before being cleared by the Gas.

Another clever bit of play from the home side allowed them another strike on goal, as Sarcevic sharply backheeled a pass into the feet of Telford inside the box. Telford's flash-shot was saved well by Jaakkola, diving low to his right.

Ed Upson attempted to outshine his previous two spectacular goals from distance with an effort from even further out just after 25 minutes. He looped effort lacked the power to beat Palmer in goal though and saw it saved easily.

Alfie Kilgour then tried to produce a screamer himself, advancing forward before striking an effort just as he slipped. From a good 25-yards out, it had all the power needed but whizzed fractionally clear of the upright of the left side.

As the half-hour mark approached, Sercombe delivered a relatively flat corner, which found the head of Menayese, but his header was glanced too far to the left of goal.

Telford found himself bearing down on goal just after 30 minutes passed, but an excellent tackle from Alfie Kilgour put an end to his plans to shape up and strike.

Some neat play from Nichols saw Rovers create an opportunity in response, with the striker turning his man before laying it off to Hargreaves. The youngster took a touch before arrowing an effort on goal, which just swerved away at the crucial moment, missing the upright.

A crucial header from Menayese was required to deflect a close-range George Cooper effort over the bar not long after.

Cooper then stepped up to take a free-kick conceded by Kilgour on the edge of the box but lashed his effort clear of the bar.

Joel Grant was sent through after half time approached, but Leahy and Jaakkola did a good job of showing the striker wide. In the end, his low effort only found the side netting of the 'keepers near side.

The whistle went for half-time, a goalless affair at the break. 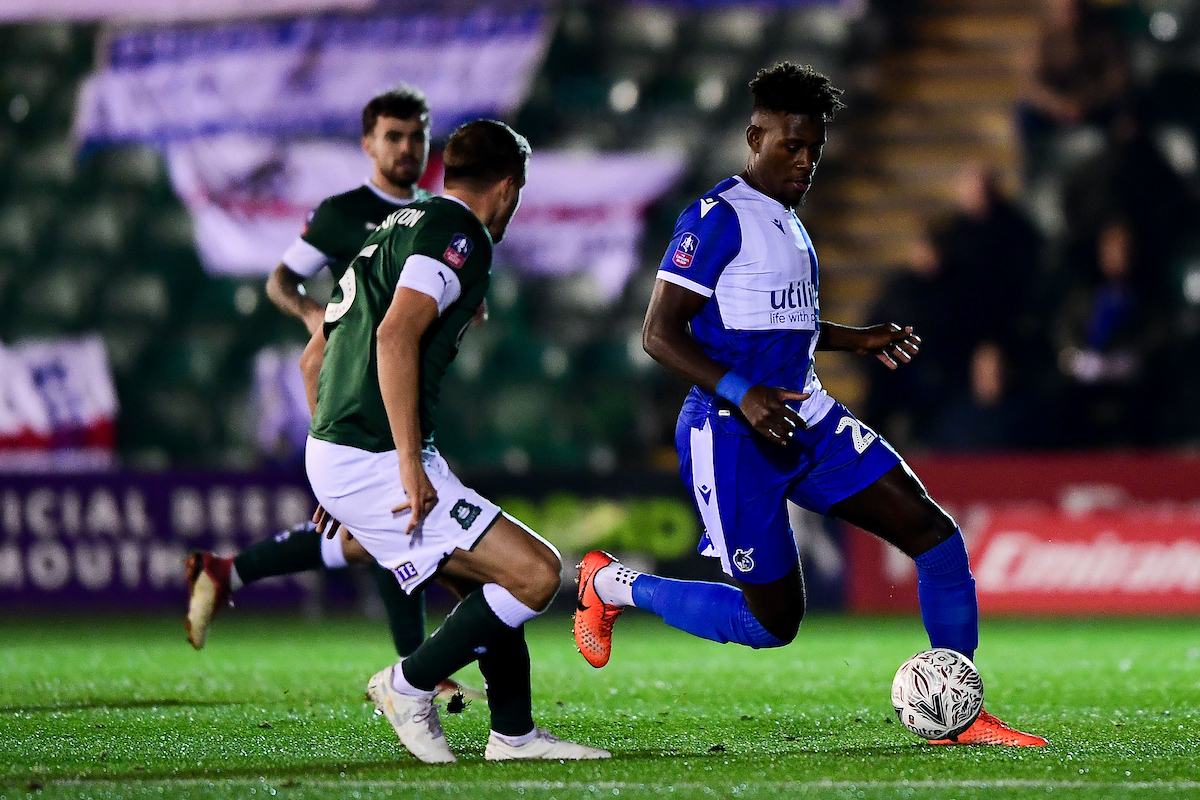 Much like the goal Nichols scored on Saturday, Rodman again sent an inviting ball towards his striker, just after the restart. Nichols once again dived to head the ball, but this time it found the gloves of the 'keeper.

Sercombe wriggled his way into the box after a short period of play on the left flank, after a couple of kind the deflections his struck on goal but saw his effort blocked for a corner.

A deflection at the other end saw a chance open up kindly for Plymouth as a ricochet from a cross found Moore at the back post, he laid it off for Sarcevic, but he sent his first-time effort over the crossbar.

A crazy period of play saw Rovers barely cling on to the level scoreline. Firstly, a deflected corner seemed goalbound, but for an outstretched claw from Jaakkola to somehow knock the ball back onto the frame of his goal and away.

Plymouth came again shortly after, and after a deflected shot from distance, Jaakkola once again was on hand to save low to his left. This time the ball rebounded to a man in green, but Telford, perhaps with half a mind on his celebration, put his effort bizarrely over the bar from point-blank range.

Eventually, just after the hour mark, the Gas came back into the game, with Nichols finding Rodman on the right-hand side. He cut in nicely, selling his marker with a neat dummy, before lashing one towards the near post, which Palmer was equal too, and knocked behind for a corner.

It was Nichols' cushioned control that began another Rovers chance not long later, as he controlled a long ball from Jaakkola and sent Smith on his way. Smith stood up against his man on the right flank and jinked to his right before lacing an effort on goal. From the narrow-angle, it looked difficult to pull off, but the loanee almost did, with his strike going narrowly wide of the left post.

On the 68th, it was Rovers who broke the deadlock. A clearance deflected off the back of Hargreaves and looped up kindly for right-winger Alex Rodman. The ball seemed to be aloft for ages, but when it came down to it, Rodman's glanced header was perfect, nodding it up and into the top right corner, past the gloves of Palmer. 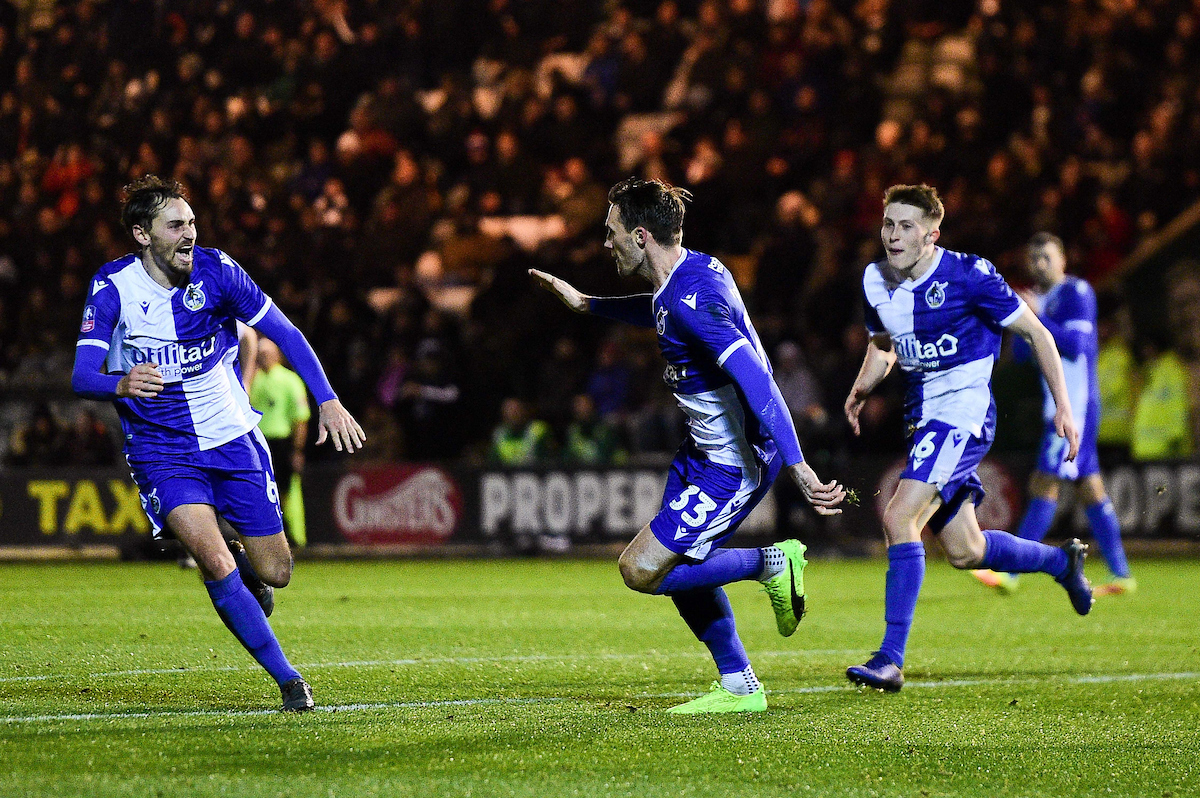 Rovers remained aware after going a goal ahead, with Kilgour making a big block to stop a Telford effort from close-range.

However, a block from Argyle was needed to stop Rovers' second with 15 to go, as Smith latched onto a low ball from the byline before laying it back to goalscorer Alex Rodman. His first-time effort looked on target but was charged down by a man in green.

Rodman was in action again moments later, with a Luke Leahy delivery narrowly missing the head of the winger.

Nichols ran himself ragged as he did on Saturday, and was replaced with eight minutes to go, with Adeboyejo coming on. Additionally, after his first start for the Gas, Hargreaves made way for Kyle Bennett.

Not long after, Rovers made their final change, with Kelly replacing Smith, an obvious defensive move from Dunne.

Late on, the Gas showed impressive defensive resolve and even better ball retention to grind out the win, seeing them progress in the FA Cup.

Next up for the Gas is 'A Match Emilia' in our next game, against Peterborough United.