Sercombe prodded an effort home on the 70th minute to put the Gas ahead as Luke Leahy calmly squared it back to him from the by-line.

However, Argyle rebounded well, and after Ogogo raced alongside Mayor, who subsequently took a tumble, the referee pointed to the spot, allowing Sarcevic a chance to put Argyle back in the game. He took his chance, but this was not the end of the penalty dramatics.

In the 94th minute Byron Moore went down under the challenge of Menayese, who received a red card and put the Gas' place in the 3rd round draw at risk. However, Sarcevic attempted to play it calmly down the middle from the spot, which Jaakkola read well and saved with his legs. 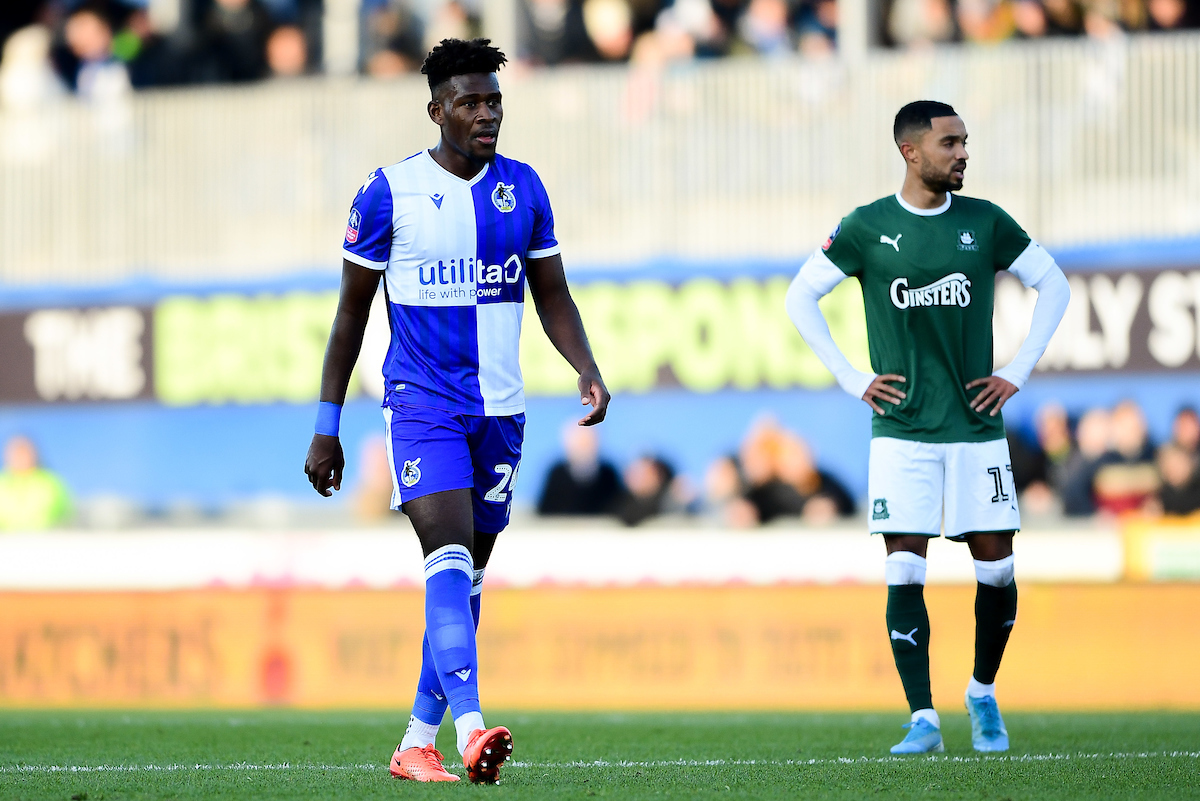 The Gas lined up in a similar fashion to how they did when they defeated Shrewsbury Town away from home last weekend, in an action-packed seven-goal thriller. However, there was one change in the line-up, as JCH returned from injury to push Victor Adeboyejo out of the starting eleven. 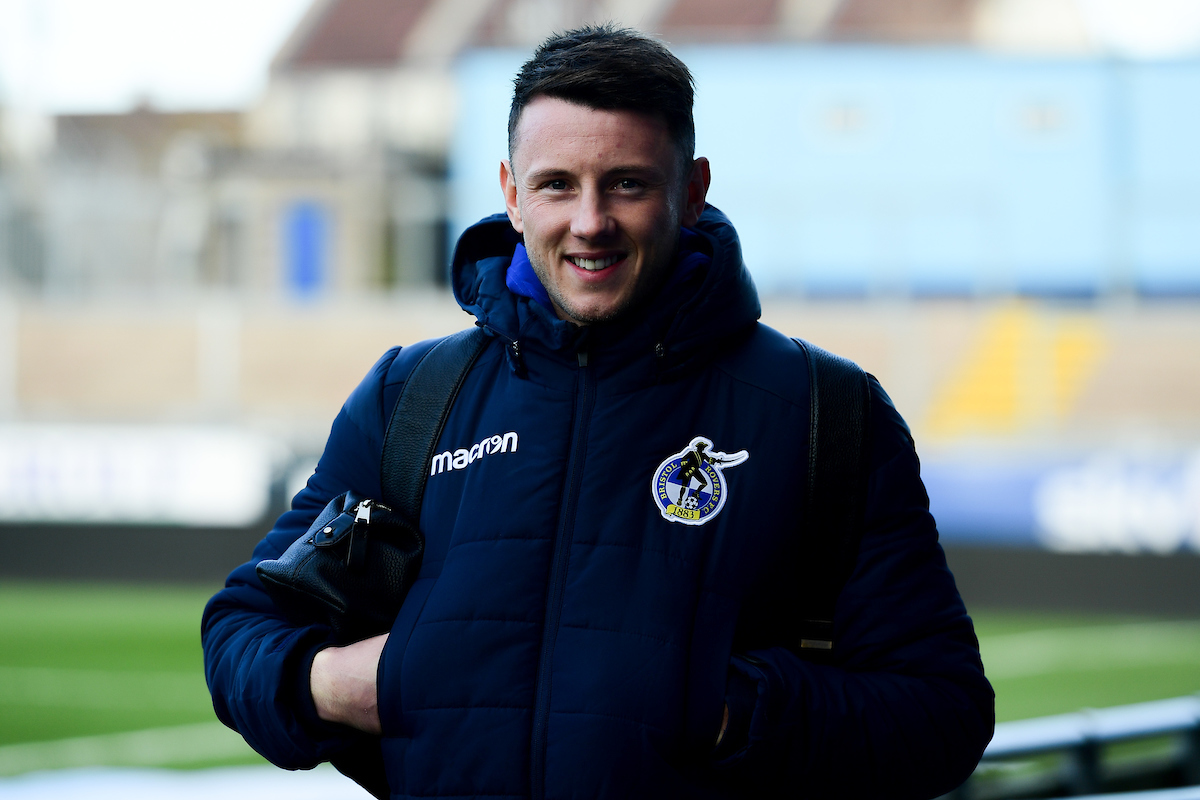 Ed Upson's late challenge inside 10 minutes characterised the gritty start to the game, with the centre midfielder going into the book early on. This began a spell of pressure for the visitors, resulting in a cutback to Sarcevic inside the box being well blocked by Menayese.

He had another block to make moments later as a well-worked corner found Sawyer on the turn, but the defender reacted well to turn it wide for another set-piece.

Just after 15 minutes, JCH exhibited exactly why he's such a threat, picking up a ball from deep, taking a touch into space and lashing an arrowing shot with his left foot. It whizzed just narrowly wide of the left post but had the 'keeper worried.

On the 22nd minute, Argyle found themselves in down the left but with Mayor tracked well by Menayese, his shot from the angle could only find the strong hands of Jaakkola who palmed it away.

A superb break down the left from JCH opened up an opportunity for Clarke as the striker outpaced two men before flashing a low ball across to the captain, who couldn't quite make room to get a clean shot away from the edge and was tackled by a man in green.

A crazy moment came as Sercombe appeared to shoot from an impossibly wide angle on the left. It clattered the bar and somehow avoided the Rovers men in the box, but more madness came in the aftermath as the 'keepers foot appeared to get caught in the net. It was a mad scramble back to his line as JCH raced towards the left, but a defender got across to block his effort as he struck.

After the resulting corner came in, the ball was re-worked from the right in towards Craig. He had to adjust his body shape awkwardly to make contact, and his effort looped into the 'keepers hand fora safe catch.

With 35 minutes gone, Grant teed himself for a shot around 10 yards from the edge of the box but sent his effort sail well clear of the bar.

Despite flurries of attacking intent from both sides, the game remained level at the break, though Joe Edwards did manage a good strike from the right-hand side in added time. However, an excellent lunge from Alfie Kilgour meant the effort was deflected clear. 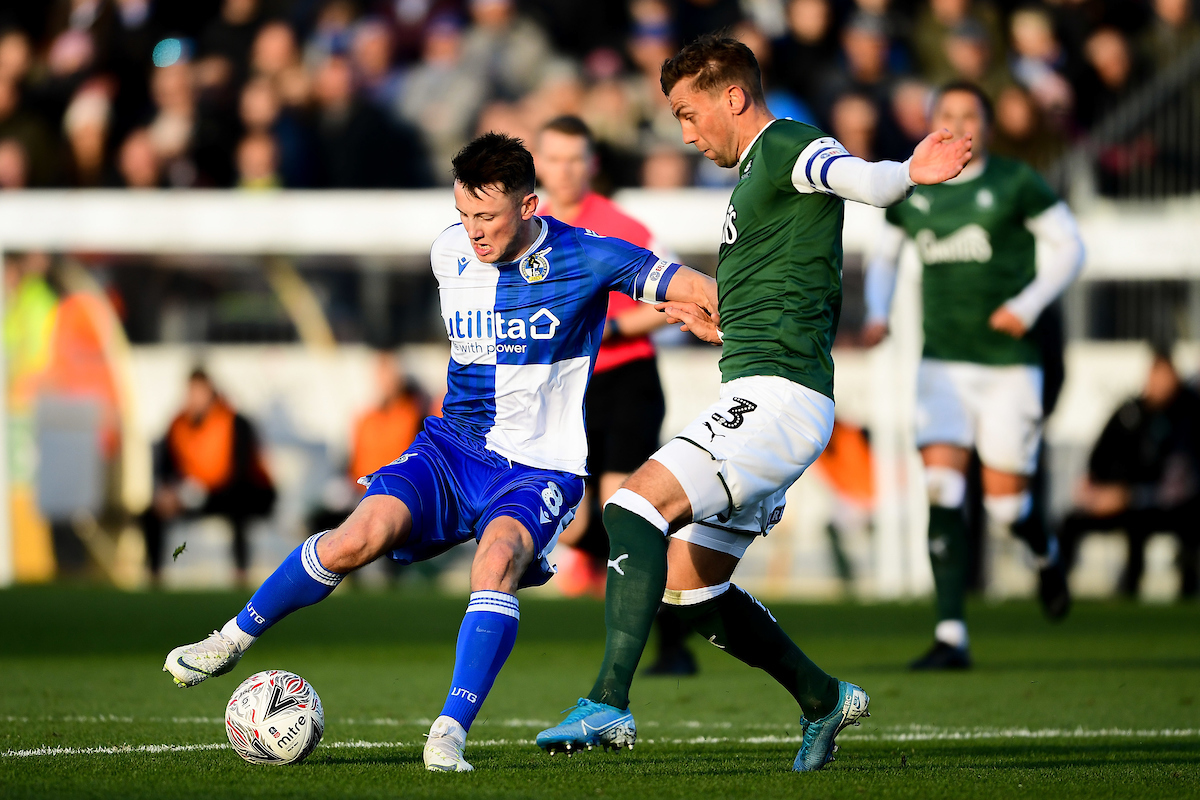 After half time it was Kilgour's turn at the other end, with a floated corner finding his head just a few minutes in. However, he couldn't generate the power to beat the 'keeper and saw his shot saved.

Mark Little tried the spectacular after the 50th minute, as he pounced on a bouncing ball, before hitting it on the half volley from around 20 yards out, if it had gone in, it would've been unbelievable, but unfortunately it sailed wide of the left post.

Sercombe floated a brilliant cross in moments later, which seemed to take forward to come down for Clarke as he acrobatically attempted to slam it into the corner. However, the airtime of the ball allowed defenders to recover and block the captain's effort.

The pressure continued for the Gas, as JCH raced through the centre before smashing a shot on goal from distance which narrowly missed the top left.

Quick work from JCH allowed Smith an opportunity as the game approached the hour mark, with a quick free-kick beating the Plymouth line and feeding Smith. The Sheffield United loanee took a touch and leathered one from the right side of the box, but it swerved away from the right post and disappeared wide.

An effort from former Rovers player Byron Moore required the quick reactions of the Gas' defence, with Kilgour, Menayese and Craig all out well to charge down Moore's strike on the turn.

With 65 minutes gone, Mayor snaked his way into the box, first past Clarke as he stepped up, then a series of defenders. He went down as the ball seemed to escape his control and the referee waved away the protests from players and fans.

The same Plymouth man worked his way into some space on the edge of the box, but sent his shot far wide of Jaakkola's left. Telford did the same on the break moments later, once again putting it to the left of the Fin in the Gas' net.

Just after the 70th minute, the Gas had themselves in the lead. JCH was patient on the left, looking for a run to find, and found one from the overlapping Luke Leahy. Leahy remained patient too, resisting the temptation to fire it early into the area, instead, heading the by-line and looking up. He found Sercombe who had pulled off just inside the box. With defenders closing, Sercombe took it first time, prodding an effort into the bottom right. 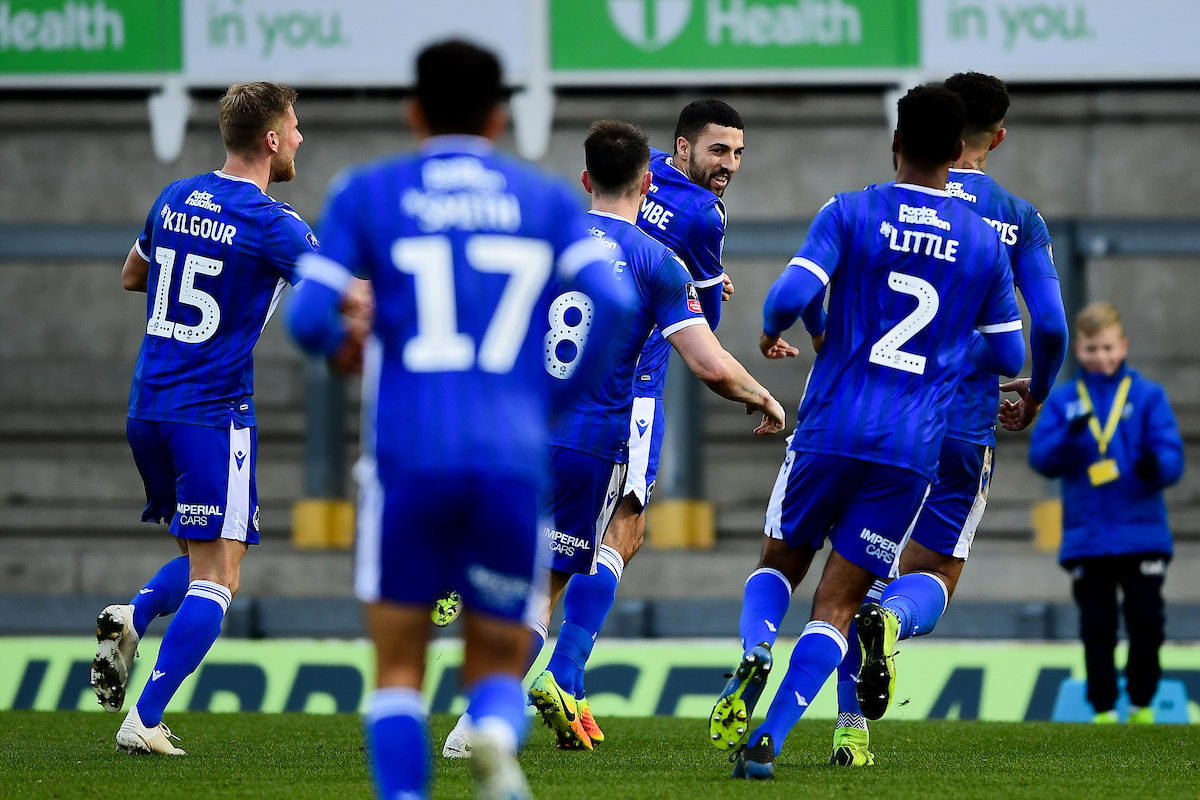 Abu Ogogo chased alongside Mayor into the box, as the Argyle man took a tumble, the Gas ref' pointed to the spot. Jaakkola guessed the right way, but Sarcevic was able to find the bottom left.

A corner was brilliantly delivered by Sercombe, which evaded the head of Ollie Clarke and instead went all the way through. Menayese was waiting at the back post but his first-time effort cleared the bar.

JCH hit a well-struck free-kick as the game edged into stoppage time, which was firmly punched clear by the 'keeper. However, Rovers recycled the ball well and found Little on the right side. He hung a cross towards the far post which saw Leahy scramble to make it, he made contact with both the ball and the upright, with the ball itself glancing the bar and was cleared by Argyle.

Late on, Argyle found Byron Moore in behind the Rovers line. He went down, with Menayese lagging just behind the striker, and the referee pointed to the spot before issuing the youngster a red card. Sarcevic stepped up but this time Jaakkola outdid the penalty taker and saved well with his legs prompting celebrations from the fans just before the final whistle. 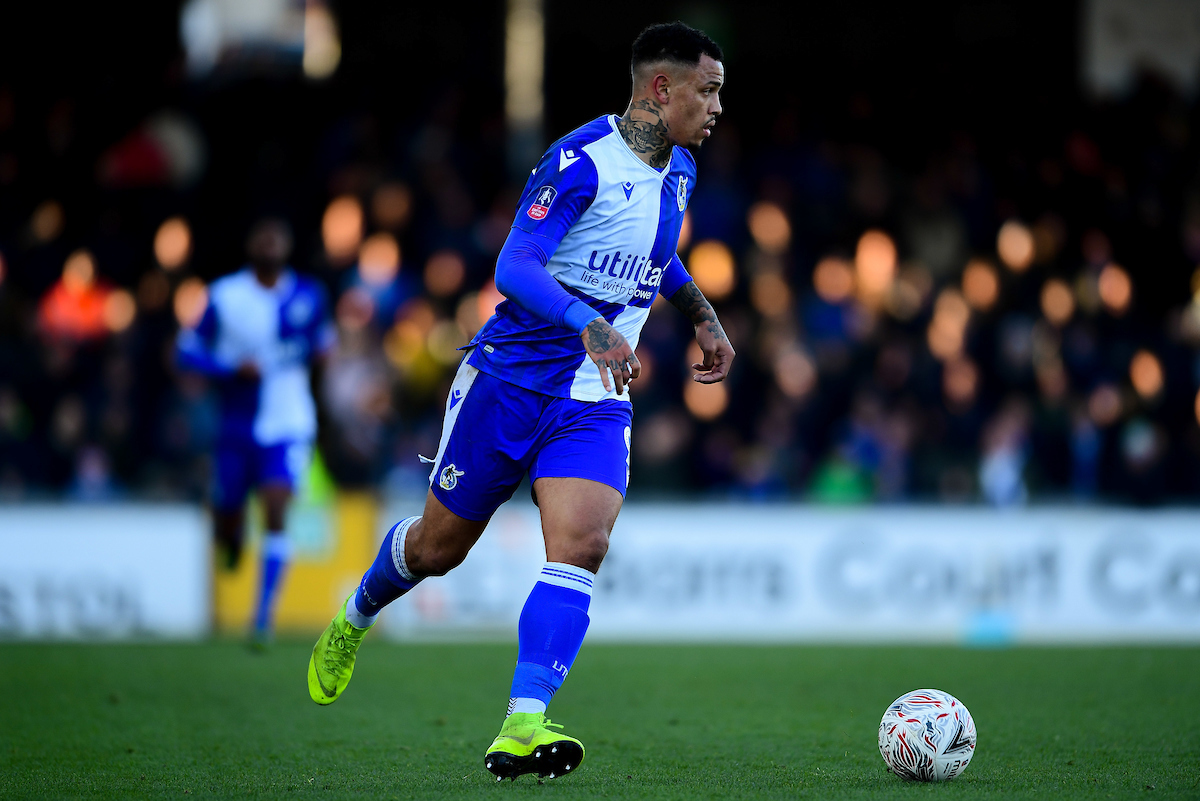 The Gas have more cup action coming up, with a Leasing.Com 2nd Round tie with Leyton Orient on the horizon.