Rovers played out a 0-0 draw with the side placed 3rd in the League One table, securing a place in the play-offs at Christmas.

The Gas celebrated the life of Emila Harvie before the game, with over 2000 cuddly toys collected for donation to local children's hospitals.

The game that followed was action-packed, despite the low scoreline, with both sides having big chances at either end.

Rovers' biggest chance came as the clock ticked to 90, as Leahy and Clarke combined to set the captain through. He thundered an effort on goal from inside the box, but Pym was equal to it, palming it clear. 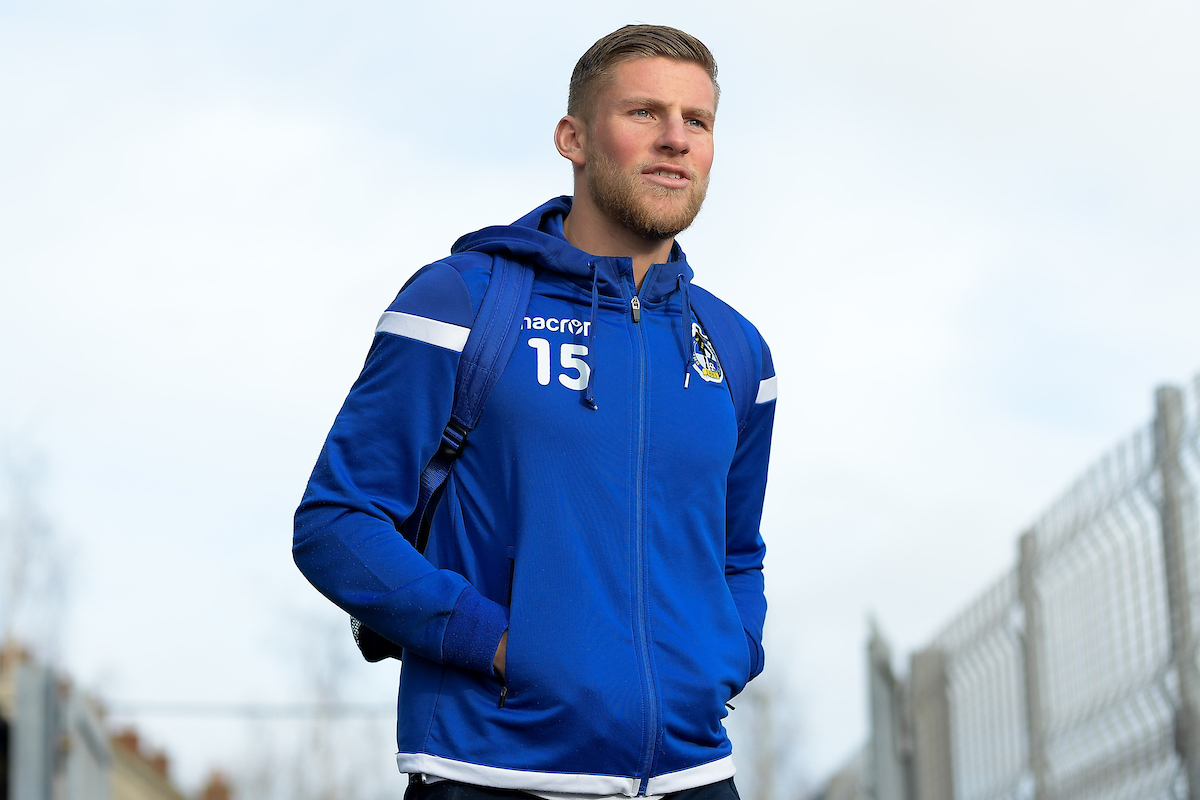 Despite several injuries in the Rovers camp, the Gas were able to name an almost unchanged eleven from the side that beat Plymouth Argyle. Ollie Clarke returned from suspension to replace Cameron Hargreaves, the only change from midweek.

Elsewhere, fans spotted the return of Jonson Clarke-Harris to the bench, a possible option late on if needed. 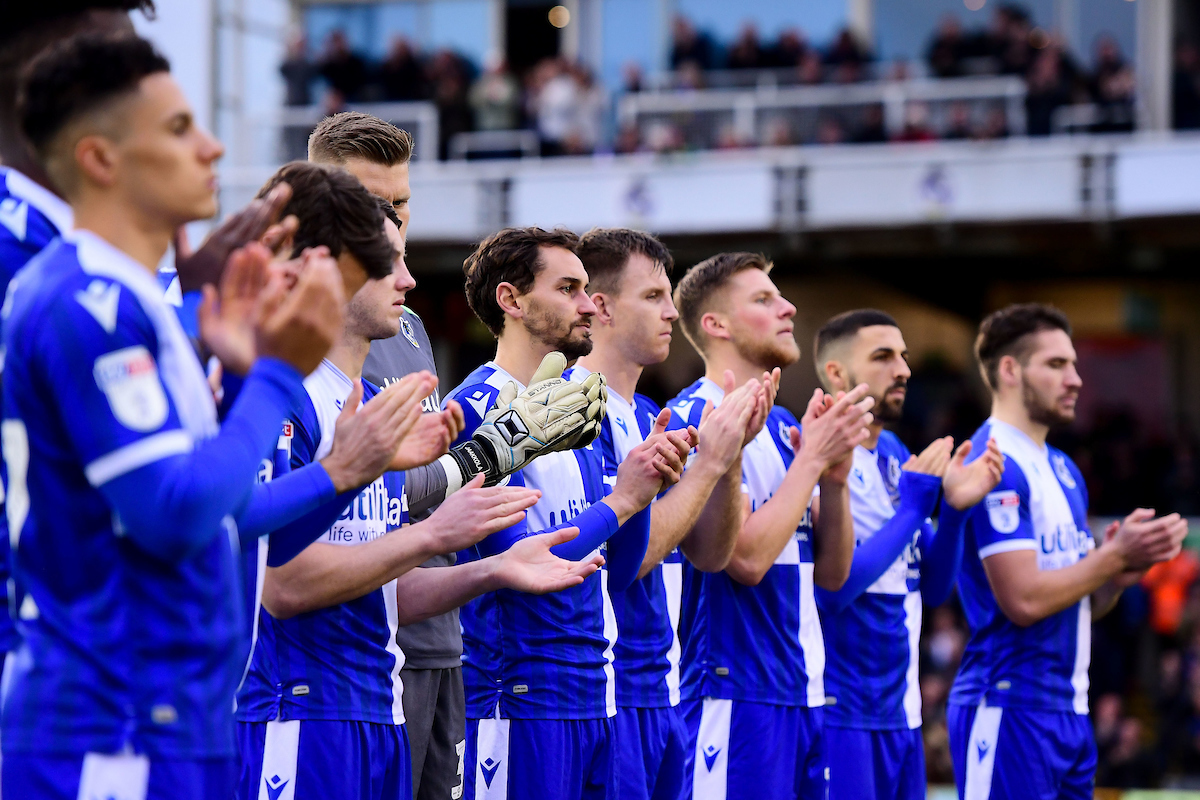 An early scare came through Ivan Toney, as a whipped ball entered the area, with center-back Tony Craig only getting a partial touch on the cross. It deflected towards Toney but the diversion took it away from the striker's right foot, hitting his standing leg and bobbling towards Jaakkola.

Moments later, just before the tenth minute, Maddison drifted into space and lashed a low shot towards the right side, Jaakkola was thankful to see it go narrowly wide.

As a quarter of an hour approached, Peterborough had the ball in the net. Maddison struck a shot from the edge of the area which escaped the clutches of Jaakkola to the feet of Eisa who prodded home, but the linesman raised his flag to rule the goal out.

An Ollie Clarke delivery generated an opportunity for the Gas, as his cross was partly cleared by the visitors. It came out to Sercombe who struck it first-time on the volley but watched it fly over. 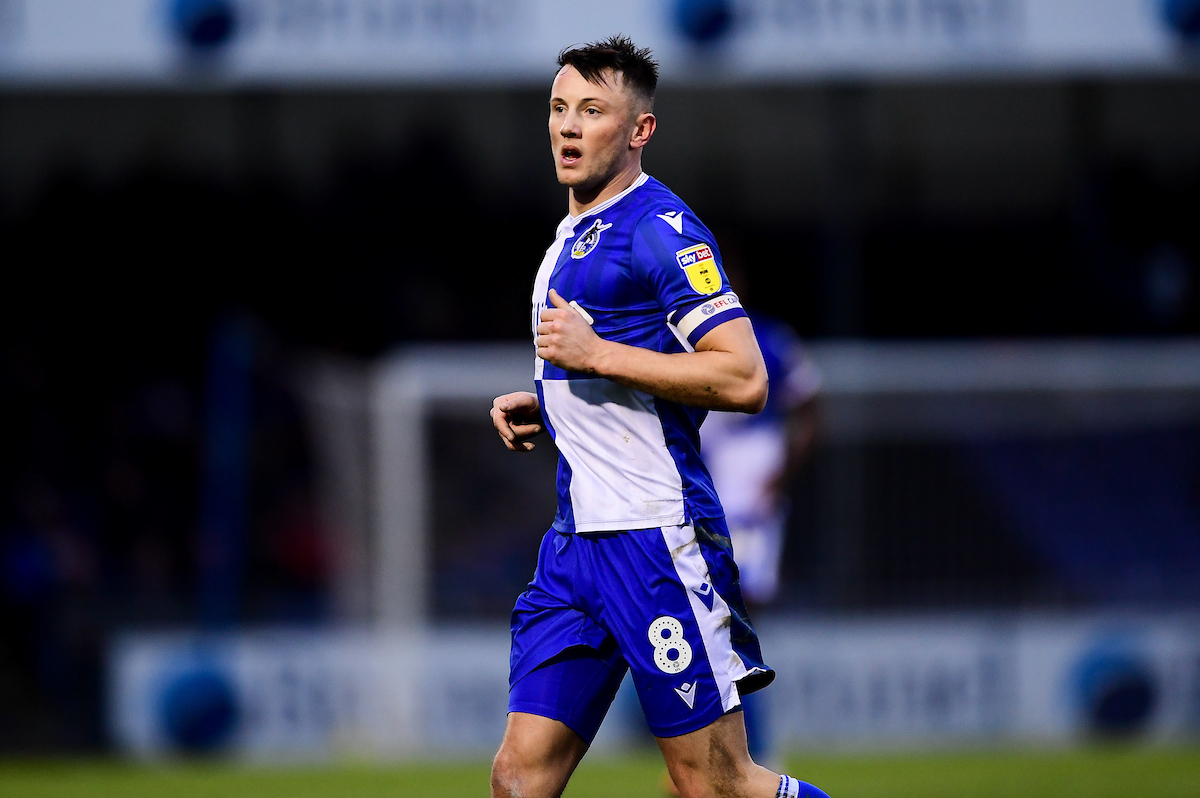 On the half-hour mark, Rovers pulled off some scintillating football, as Rodman and Menayese combined to win the ball back on the half-way line. They found Clarke who switched it wonderfully to Leahy on the left flank. He worked with Sercombe to find space, with the midfielder lashing a shot from the left apex of the box, seeing it go narrowly over the bar.

Menayese started that attacking move, and was then vital at the other end as a low cross evaded Tony Craig. It looked to be on a plate for Eisa to prod home, but out came the leg of Menayese to claw the ball away and into space where Jaakkola could collect.

The Gas were incisive on the break, seemingly under intense pressure one minute, then up the other end the next. A break to Nichols set through Smith, who raced his man towards goal on the angle but had his effort on goal snuffed out just as he hit it.

With one minute added on before the break, and no action coming inside of that, the sides went in level at half time. 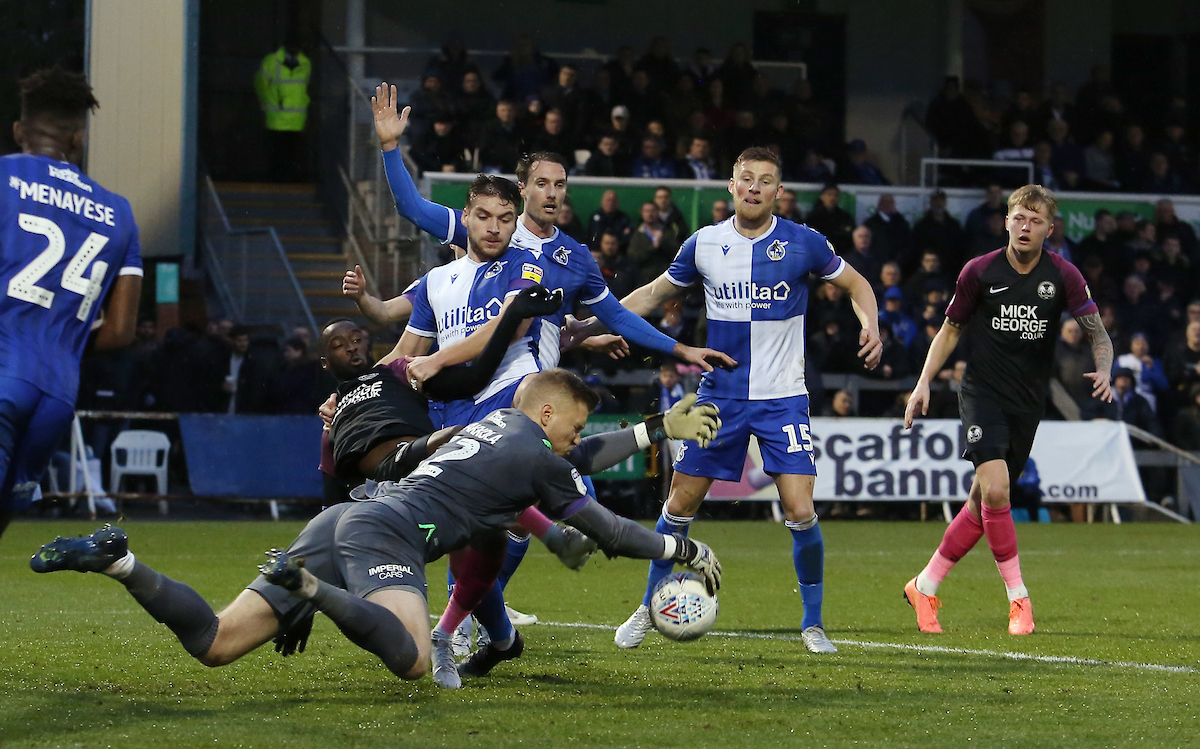 The first chance of the second half was a big one, as a low Luke Leahy deflected out to Ed Upson inside the box, who had his first strike charged down before he took another which was again blocked clear.

It was Ed Upson who had the next attempt too, with Nichols laying the ball towards the midfielder around 25 yards out. He took a touch and hit a low strike on target, but it was too central and saved by the 'keeper easily. 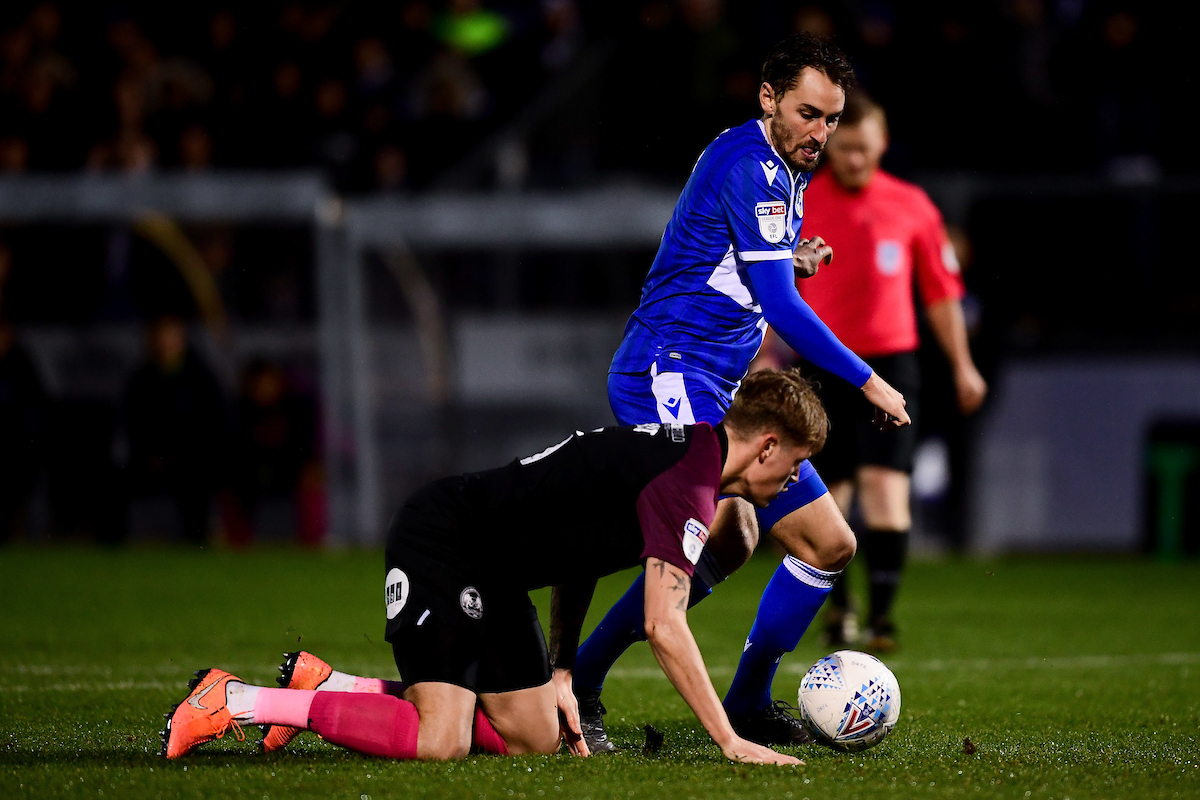 Clarke stepped up next, he took a touch and hit a snapshot on the turn, although it had plenty of power, it was again too central and collected by Pym.

With the hour on the horizon, the Posh had their first chance of the half, with a ball fired towards Eisa in the box. He took a touch forward to evade his man and struck on goal from the angle. Once again, when needed, Jaakkola was on hand to tip it clear.

Just after the chance, Smith made way for JCH's return to Rovers football. He marked his entrance on the face of Ivan Toney, as he blasted a free-kick right into the striker. Ouch.

Toney found himself unmarked in the box not long after, possibly still reeling from the power of that free-kick, he directed his header wide of the right post.

On the 71st minute, JCH struck another free-kick, this time from further out, managing to evade the wall, but sending his effort wide past the left post.

Marcus Maddison escaped the marking of Ed Upson with around 15 minutes to go, and almost managed to squeeze a low effort past the defence and into the bottom right, but it rolled narrowly wide.

A free-kick from deep found JCH who was able to cushion it down towards Ollie Clarke, but the captain took his effort off balance and with his weaker foot, seeing it go over the bar.

As Jade-Jones broke free with a Posh player either side, the Gas looked in danger, but Craig was across to clatter the attacker, conceding the free-kick and going into the book.

It took a good save from Jaakkola with five minutes to go as Toney tried an acrobatic effort to almost convert from a tight angle. His effort was partially blocked by Kilgour and the Fin did well to save.

A difficult free-kick late on from Maddison caused issues for the Gas, low and towards the front post, Jaakkola did well to get to it and keep hold. 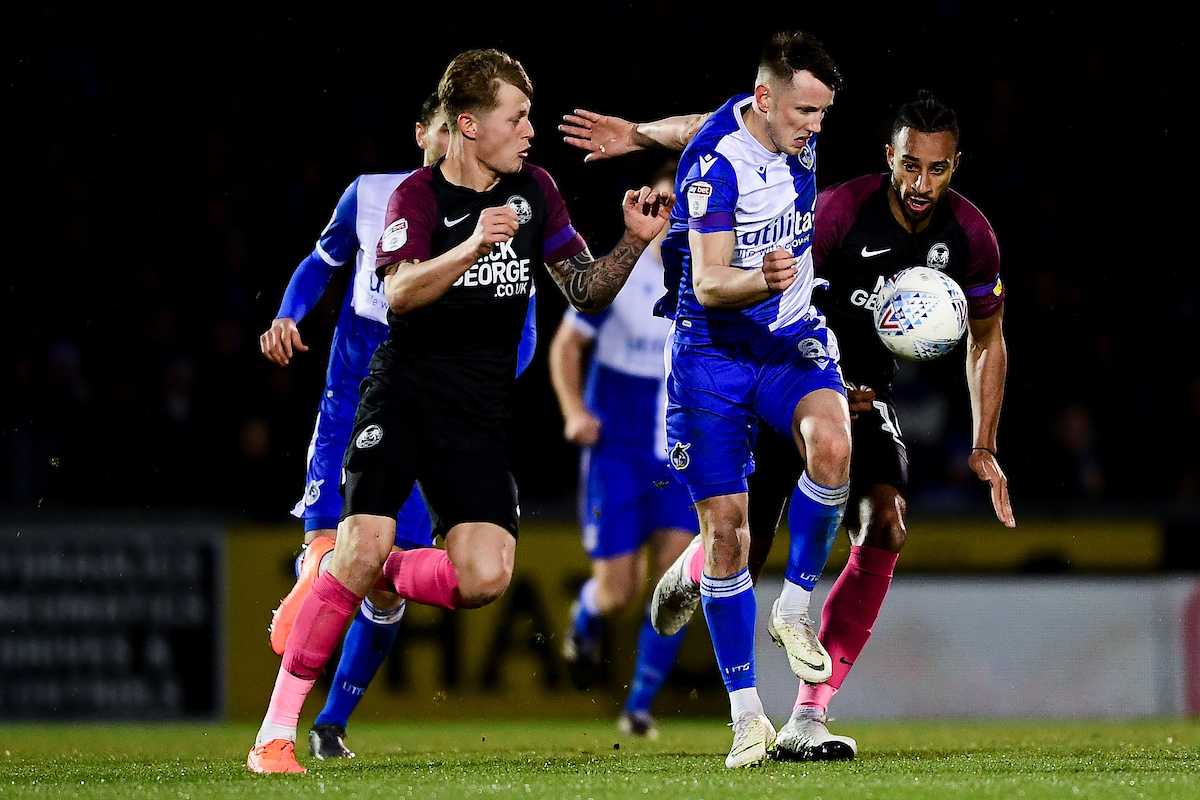 However, it was Rovers who would have the big chance of the late stages, as Clarke and Leahy played a one-two to set the captain through. Clarke hammered his effort on goal from close range, but Pym was equal to it, tipping it clear.

Clarke then found Sercombe in space as the game ebbed into added time, with Sercombe taking a touch and blasting an effort on goal, seeing it arrow over the bar, the last chance of the game.

The Gas now face Wimbledon at home on Boxing Day. 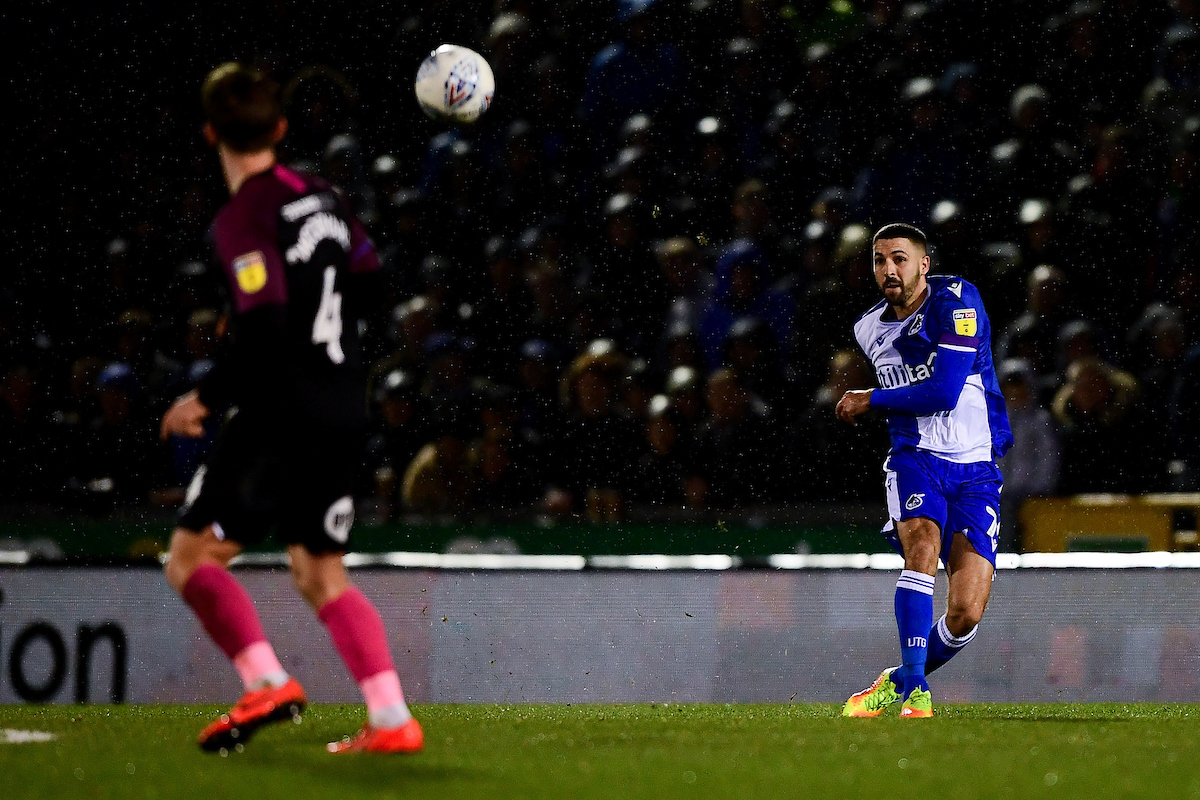