The Gas progressed past Leyton Orient thanks to a 4-2 victory on penalties...

Alife Kilgour netted his first professional goal inside the opening twenty minutes to put Rovers ahead, but the lead for the home side was short-lived, as Lee Angol provided the O's with an equalising goal some four minutes later with a simplest of close-range finishes.

Rovers had chances in the second half, with Lucas Tomlinson and Ollie Clarke going close, but the tie had to be settled by a penalty shootout.

For the tie, Rovers made four changes to the side that faced Plymouth on Sunday.

There was a change of goalkeeper, as Jordi van Stappershoef continued his run in the competition. Tareiq Holmes-Dennis made his first start since April, with Alex Rodman reintroduced to the starting XI. The fourth and final change came upfront, as Abs Ogogo made way for Tyler Smith to be deployed in two-man attack, alongside Jonson Clarke-Harris.

On a bitterly cold evening, it was JCH who provided the first spark of excitement and the game's first opportunity. The striker managed to turn sharply on the edge of the box, unleashing a fierce volley with his left foot that narrowed dipped over the crossbar, in what was really a chance out of nothing.

Rovers held onto the ball well in the opening stages and enjoyed the majority of the possession. Conor Wilkinson took a tumble in the Rovers in what was a rare breach of the Rovers penalty area for the visitors, with the referee quick to produce a yellow card to the forward for simulation.

The Gas made their possession count with the first goal of the tie just shy of the 20-minute mark. Once again, Sercombe's drifted delivery from a set-piece provided the assist, with a free-kick from the midfielder having just the right amount of flight to meet the run of Alfie Kilgour at the back post, with the defender glancing home a close-range header for his first Rovers goal.

With a foothold in the contest, Rovers would have liked to kick on, but it was the visitors who managed to grab a goal that restored balance to the scoreline just minutes after Kilgour's header. Jordan Maguire-Drew managed to make progress down the right, shifting a cross into the box that was touched home by Lee Angol, as the Rovers players protested for offside. 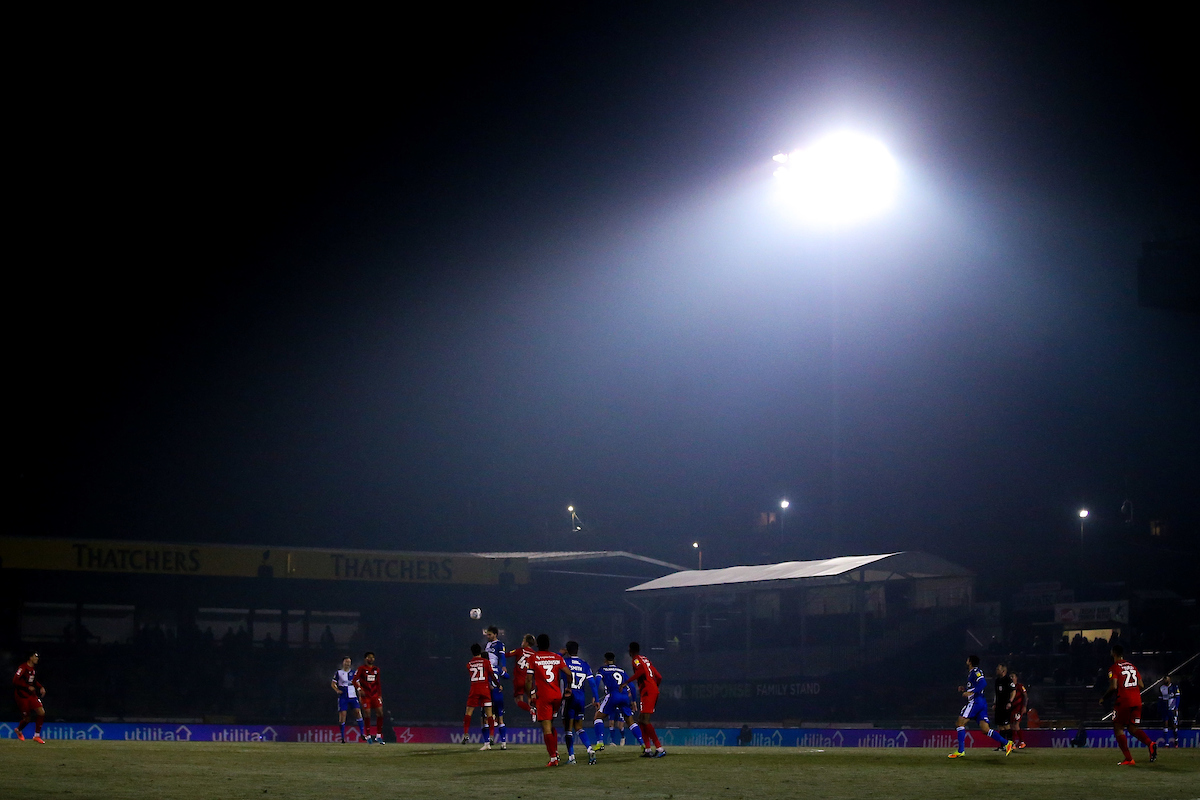 A handful of opportunities for Rovers followed as the first-half played out. Tyler Smith crafted the most noticeable opportunity on goal, as the striker managed to wrangle his way to the edge of the Orient area before shifting a well-struck effort into the side-netting.

At the break, the Rovers boss elected to make a change, bringing in Victor from the bench, in place of Tyler Smith.

Chances were hard to come by in the second half, with neither side enjoying much luck in the final third.

The introduction of Lucas Tomlinson provided an ignition of urgency and youngster was very close to getting on the scoresheet, as Sargeant parried a Clarke-Harris shot into his path, but from a tight angle, the teenager couldn't quite work an opening to test the Orient 'keeper.

Tomlinson was again in the thick of the attacking threat for Rovers moments later, as Holmes-Dennis' delivery picked out the winger unmarked. Attacking the cross at the near post, the youngster could only divert his header inches wide of the upright.

As the tie edged closer to a penalty shootout, chances were still at a premium. Substitute Victor Adeboyejo held play on the edge on the box and with his back to goal, as the striker managed to turn and send a low effort towards goal that bounced wide of the target. 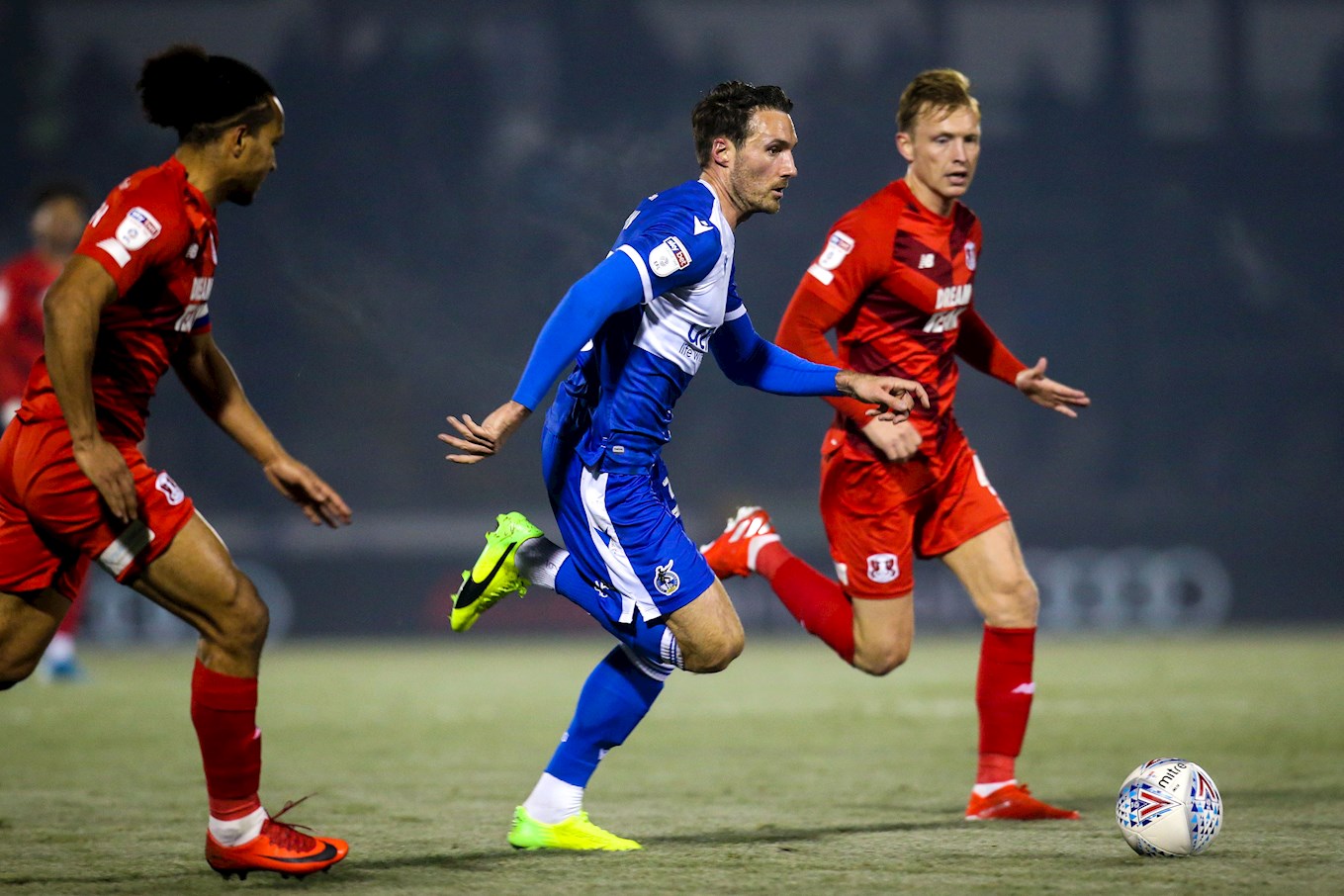 In the closing stages, Ollie Clarke jinxed his way into the Orient area and managed to get a dig out a low effort the bounced just the wrong side of the upright, as the tie headed to a penalty shoot-out.

Jordi Van Stappershoef was the hero, in the end, saving the first and the fourth penalty from the visitors, whilst the Gas finished all fo theirs, to ensure progression to the next round.