Rovers make it four wins on the bounce in Sky Bet League One with victory over Ipswich at Portman Road.

Tyler Smith's goal inside the opening five minutes gave Rovers the perfect start to the encounter, as the striker fired home a well-struck volley for his fifth goal of the season.

Rovers continued their good start and raced to a two-goal lead as Tom Nichols' diving header put the Gas two goals to good with just over 20 minutes played.

The home side managed to claw a way back into the game as James Norwood glanced home a close-range header just ten minutes before the interval.

Rovers had to be patient in the second half, as the hosts enjoyed the majority of possession, but an organised showing from Graham Coughlan's side limited the chances for the home side, as they held on to claim three points to continue the Gas' fine league form and become only the second side to take maximum points away from Portman Road this season. 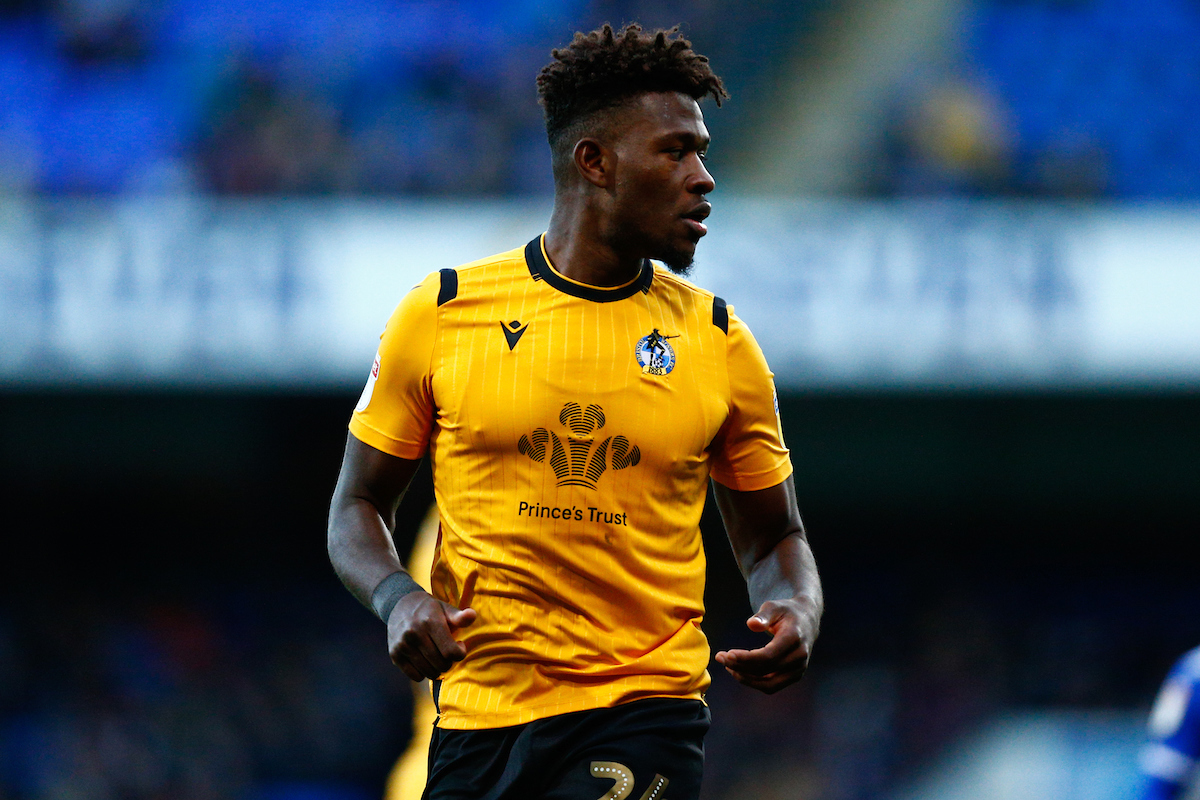 Heading into the game, Rovers were forced into making three changes to the side that defeated Southend United last weekend.

Abs Ogogo's suspension meant he missed out on the trip to Portman Road, with Jonson Clarke-Harris also not featuring due to injury. Mark Little was also missing on the teamsheet, as Rollin Menayese, Ollie Clarke and Tyler Smith all returned to the starting XI. 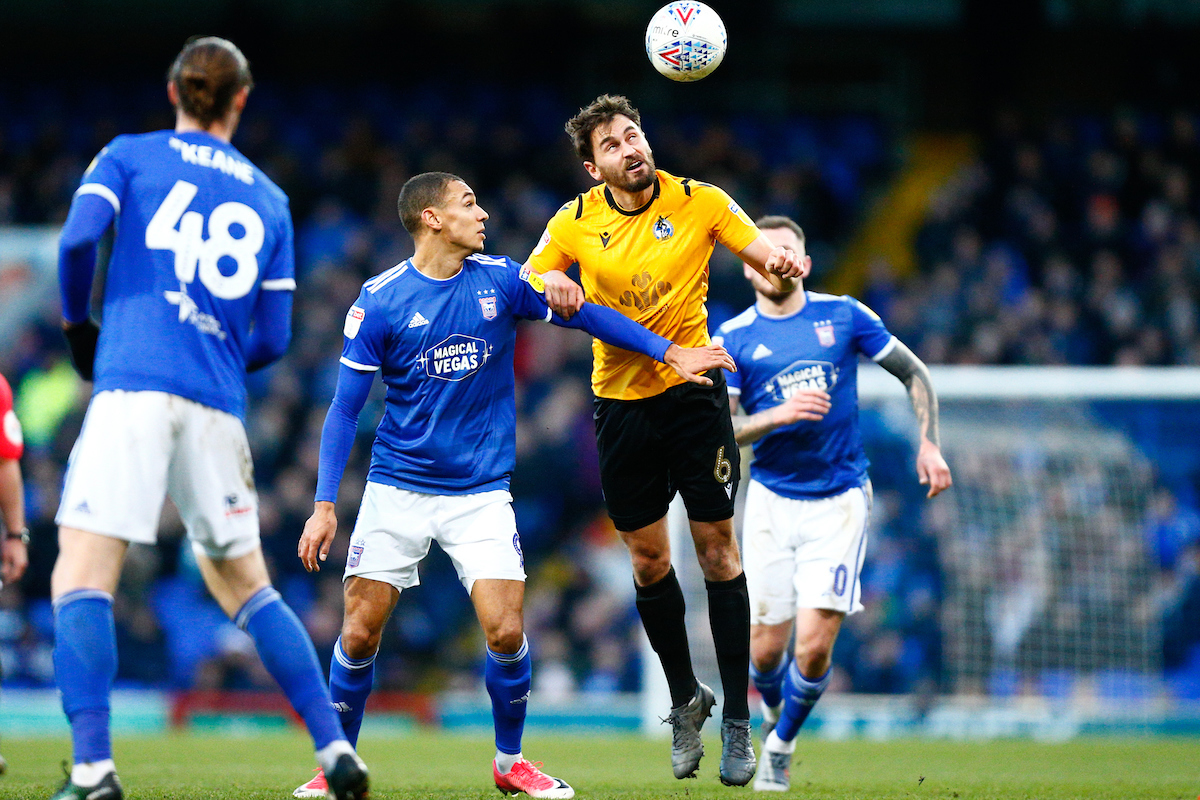 In the early stages, it was the hosts that mounted the first chance of the game. A long-throw into the Rovers box was cleared into the path of Jon Nolan, who fired a first-time volley high over Jaakkola's goal, with the 'keeper untroubled by the attempt that he had a good viewpoint for.

Rovers' first venture into the Ipswich area resulted in the first goal of the encounter. Luke Leahy's throw down the left started the move, as Tom Nichols' flicked header saw the ball bounce into the reaches of Tyler Smith, with the striker hitting a clean volley that flew into the net to give Rovers the lead inside the opening five minutes.

The goal sparked a good spell of pressure for Coughlan's side, who could have, and perhaps should have, made it a two-goal lead minutes later. Liam Sercombe drifted in a trademark inswinging corner from the left that picked out the unmarked Menayese, but the defender lifted his header over the crossbar from yards out.

Sercombe had an opportunity of his own shortly after, as Luke Leahy's quickly taken throw picked out the midfielder in a pocket of space in the final third. With the ball bouncing to a useful height, Sercombe opted to send a volley towards goal that just veered off target.

The home crowd were showing signs of frustration as early as the 20-minute mark, with Rovers doing an apt job at halting any attacking play from the hosts.

Rovers did look threatening when going forward and took full advantage of a hostile atmosphere inside Portman Road by grabbing the second goal of the game just after the 20-minute mark. Again the move started down the left, with Luke Leahy driving a deep cross that picked out Rodman free at the far post. The winger showed great composure to chest down the delivery and loft a high cross to the back post where Tom Nichols was on hand to guide the ball home with an intelligent diving header.

With a two-goal cushion, Rovers would have been well aware of how dangerous that scoreline could be in light of last weekend's win over Southend and had to ride out a period sustained pressure from the home side as the first-half progressed.

Jaakkola did well to make a diving stop to tip away a low effort from Jackson that looked like it was creeping inside the far post, with Rollin Menayese making a goal-saving block to deny Jon Nolan from close-range, as Ipswich started to creep back into the contest.

The home side kept pressing and finally found a breakthrough in the ten minutes before the break. Kayden Jackson's cross from the left swung into the six-yard area where James Norwood had timed his run to glance home a close-range header to cut Rovers' lead.

In the minutes before the interval, a deep cross from Luke Leahy drifted through the Ipswich box and picked out Tyler Smith, with the striker deflecting a header towards goal that forced Holy into tipping the effort wide at the near post.

At the other end, the home side had a chance to set the scores level in stoppage time, as an awkward cross from the right took a deflection off Menayese that saw the ball loop narrowly wide of goal, as Rovers protected their advantage heading into the break.

After the restart, the home side were quick out of the blocks, with Norwood again a nuisance, as the forward was picked out with drilled delivery across the face of goal, with the striker touching an attempt onto the crossbar from just yards out. The relief of the linesman's flag quickly came to the rescue of Rovers, as the ball pinballed in close proximity to the Rovers goal.

Moments later, Jackson found space down the right and cut inside before launching a low effort that Jaakkola was equal to, with the shot-stopper diving low to tip the effort wide of the target.

The hosts enjoyed the favourable share of possession as the second half played out, but an organised showing from Rovers limited the chances for the home side.

There was a scare on the hour mark as a hit and hope ball forward had Kayden Jackson chasing in behind the Rovers defence, with the forward clattering into advancing Jaakkola, who had darted off his line. The collision with Jackson dislodged the ball from the Rovers 'keeper clutches, but he was quick to react to scope up the loose ball and took a knock to the face for the trouble.

Rovers were patient throughout the final forty-five minutes and had chances on the counter to hurt the home side. In quick succession, Liam Sercombe had a snapshot from the edge of the box climb over the target, while Adeboyejo had the ball worked to his feet on the edge of the Ipswich area, but couldn't get a clean purchase on his right-footed effort.

Lucas Tomlinson was introduced from the bench to make his full debut, as the youngster replaced Tom Nichols with a little over fifteen minutes to play.

In a bizarre turn of events, Rovers were reduced to ten men as Ollie Clarke was dismissed. The Rovers midfielder picked up a second booking for entering the field of play after receiving treatment, with the referee claiming that permission wasn't granted for the skipper to return, much to the dismay of the Rovers players and staff.

The sending off galvanised Rovers, who stuck to the task and remained organised in the frantic closing stages.

As the clock edged closer to ninety minutes the home side were increasing the tempo in search of a late equaliser. Jackson again was able to pick out Norwood with a handy looking delivery, but a tame header from the forward led to Jaakkola making a comfortable save.

There were heroics in stoppage time as Kayden Jackson broke through on goal, with Alfie Kilgour producing a last-ditch sliding tackle to take the ball off the boot of the forward just as he was poised to shoot, with Rovers holding out for the three points.