The Club is proud to announce ‘Empire Fighting Chance’ as its second charity partner for the 2019/20 season.

The ‘Empire Fighting Chance’ charity was established in 2013 with the ambition of using boxing as a vehicle to help tackle issues facing 8-25 year-olds in deprived communities.

The charity have created an approach that engages the interests of young people and deploys non-contact boxing sessions, mentoring, education, therapy and career advice as ways of tackling issues such as anxiety, depression and low self-esteem.

The focus of a new initiative from the charity is reducing the statistics regarding knife crime, working with youngsters to educate against and combat the threat of knife crime, in and around the city of Bristol.

Manager Graham Coughlan and midfielder Abs Ogogo, along with Community Trust CEO, Adam Tutton, visited the Empire Fighting Chance gym last week and were given a tour of the venue alongside an in-depth guide to the work the charity does in the local community. 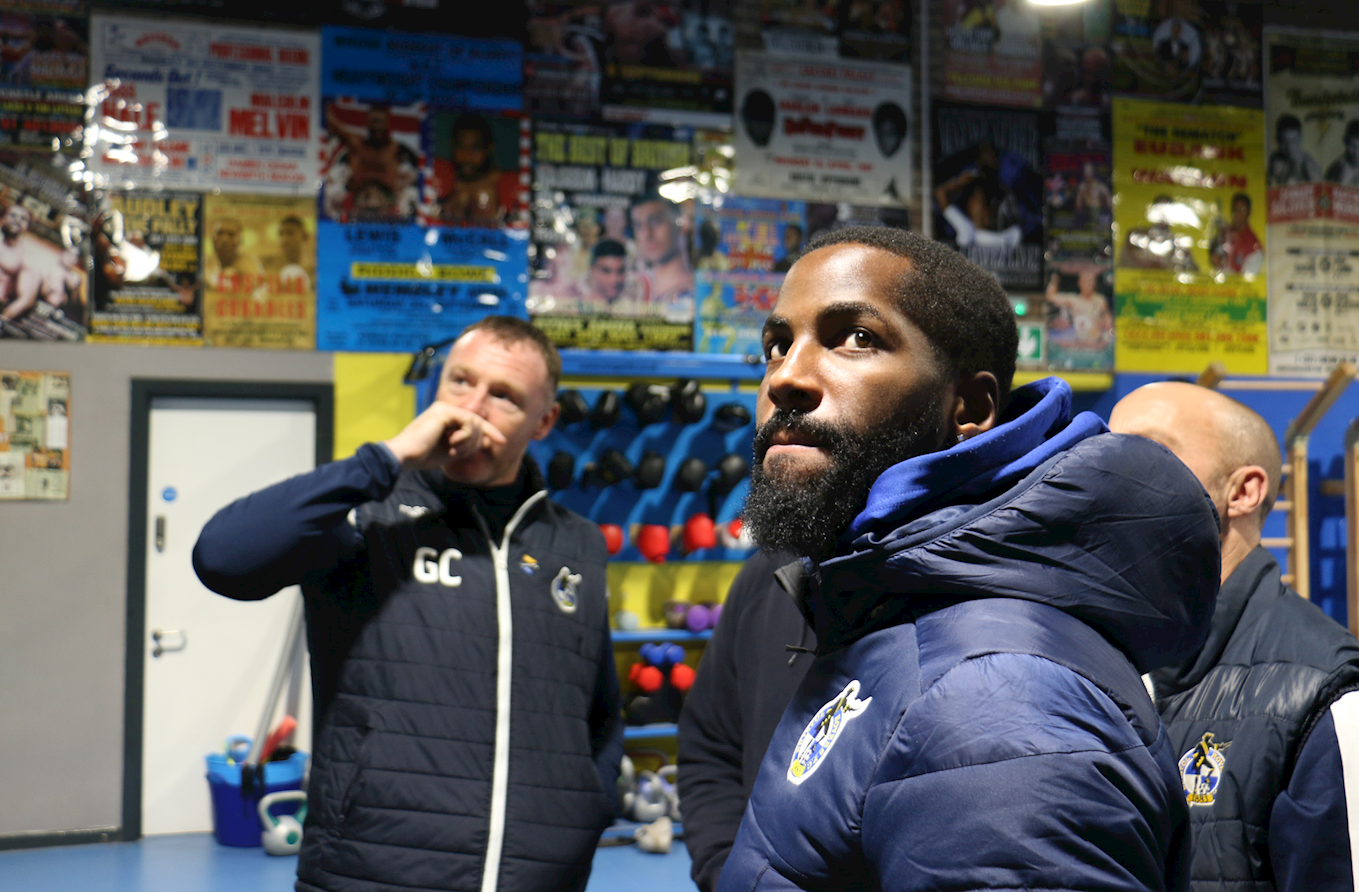 Speaking about the partnership, CEO of Bristol Rovers Community Trust, Adam Tutton said, “The Community Trust has forged a great relationship with the Empire Fighting Chance charity over recent years and we are pleased that this affiliation will be carried on by the club, helping to raise visibility and funds for the projects that the charity engage with.

“The charity does widespread work in the local community, combating a degree of issues from youth offending to mental health.

‘Martin Bisp and his team are impacting the lives of younger people for the better and we look forward to working with them on projects throughout the season.

Commercial Director, Tom Gorringe added, as a club, the charity were on our radar due to the close links they have formed with the Community Trust.

‘However, the focus of their submission around a knife crime campaign was what caught the eye for us.’

‘Serious crimes involving knives or other sharp objects is at its highest level since 2011 and together with Empire Fighting Chance we will be working with them to try and tackle the issue locally’.

‘We have seen the vast support our fanbase gives to local causes and we hope that through this partnership we can have a real impact on one of the growing issues within our society today.’ 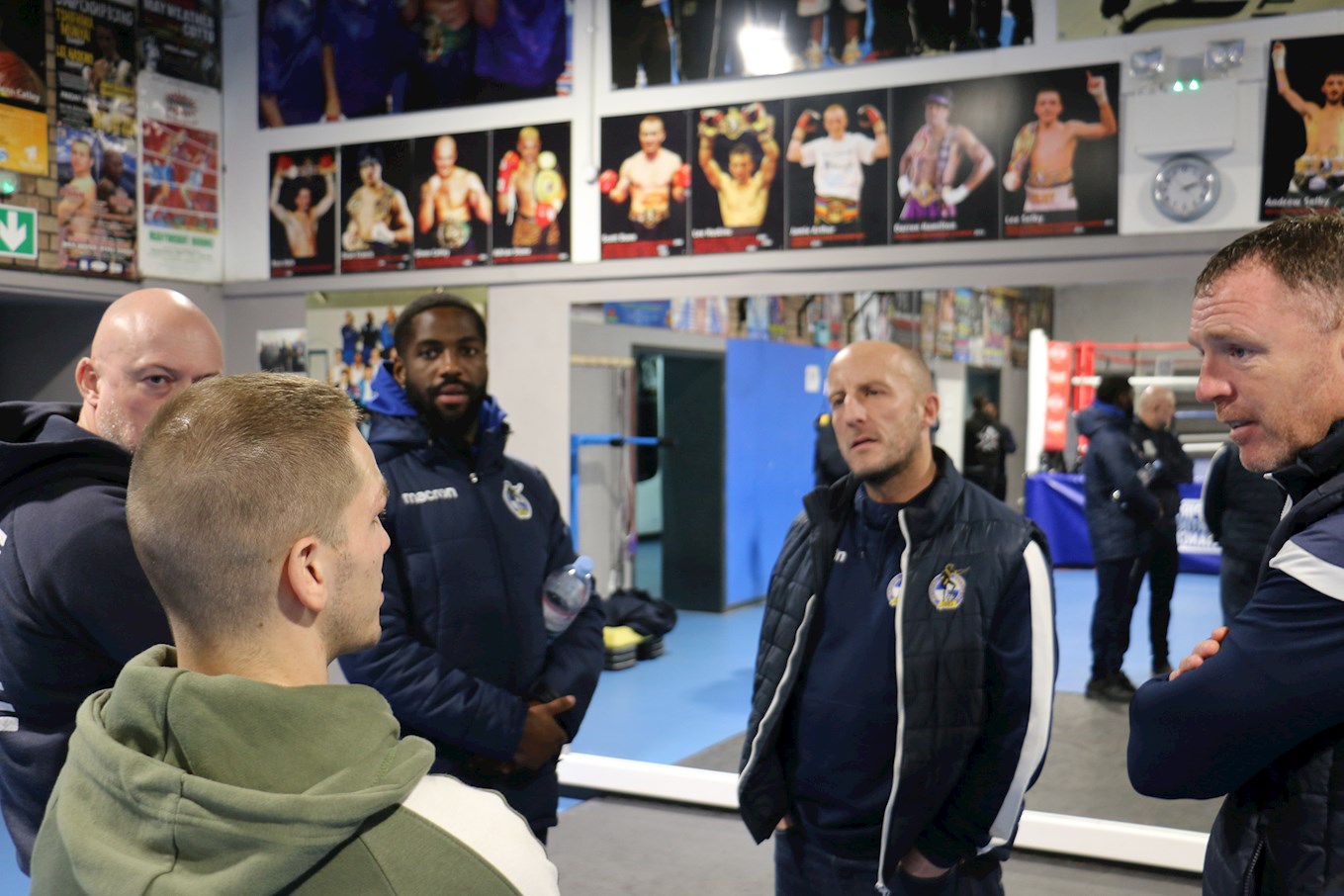 Martin Bisp, the CEO of Empire Fighting Chance commented, ‘We are delighted to be chosen as a charity partner of Bristol Rovers F.C for the current season.

‘At Empire Fighting Chance we use our own non-contact boxing programmes to work with some of the UK’s most vulnerable young people. We want to use our partnership with the club, and their excellent Community Trust, to create a programme that increases both awareness and understanding around knife crime.

‘We are sadly seeing more young people referred to us after being caught carrying a knife but we believe this is often a symptom of a deeper, more complex societal issue.

‘Using the platform of the football club and it’s players Empire Fighting Chance will work with the Community Trust to try and make a lasting change in deprived communities.’

Please see the video below for more information on our new charity partner.