Get the lowdown ahead of Rovers' first home game of the season.

Graham Coughlan brings his squad to the Mem for their first home game of the Sky Bet League One season.

Rovers suffered a 2-0 defeat in their first game of the season away to Blackpool, with a number of players making their first league appearance for the club.

Being the first game of the season, the atmosphere is sure to be electric inside the Mem as Gasheads welcome the boys to the home ground for the first time this campaign.

Manager's Preview: The Rovers boss sat down with the local press on Thursday to preview his side's first home game of the season, and reflect on the season opener against Blackpool.

Player Preview: Tom Davies made his debut for the Gas in the side's defeat to Blackpool last Saturday, he spoke to the press about getting his first game under his belt, and the welcome he's received from the squad.

Opposition: Wycombe Wanderers began the Sky Bet League One season with a 2-0 victory against Bolton Wanderers at home, with summer signings Paul Smyth and Fred Onyedinma scoring the goals. The Chairboys strengthened well over summer, including the capture of Jack Grimmer from Coventry City to fill in at right-back. However, the loss of Jason McCarthy on a free to Millwall will leave a space at the back, which manager Gareth Ainsworth has attempted to fill with the loan signing of Giles Phillips from QPR.

Programmes: The programme will be on sale before kick-off, priced at £3 or online here for postal delivery. 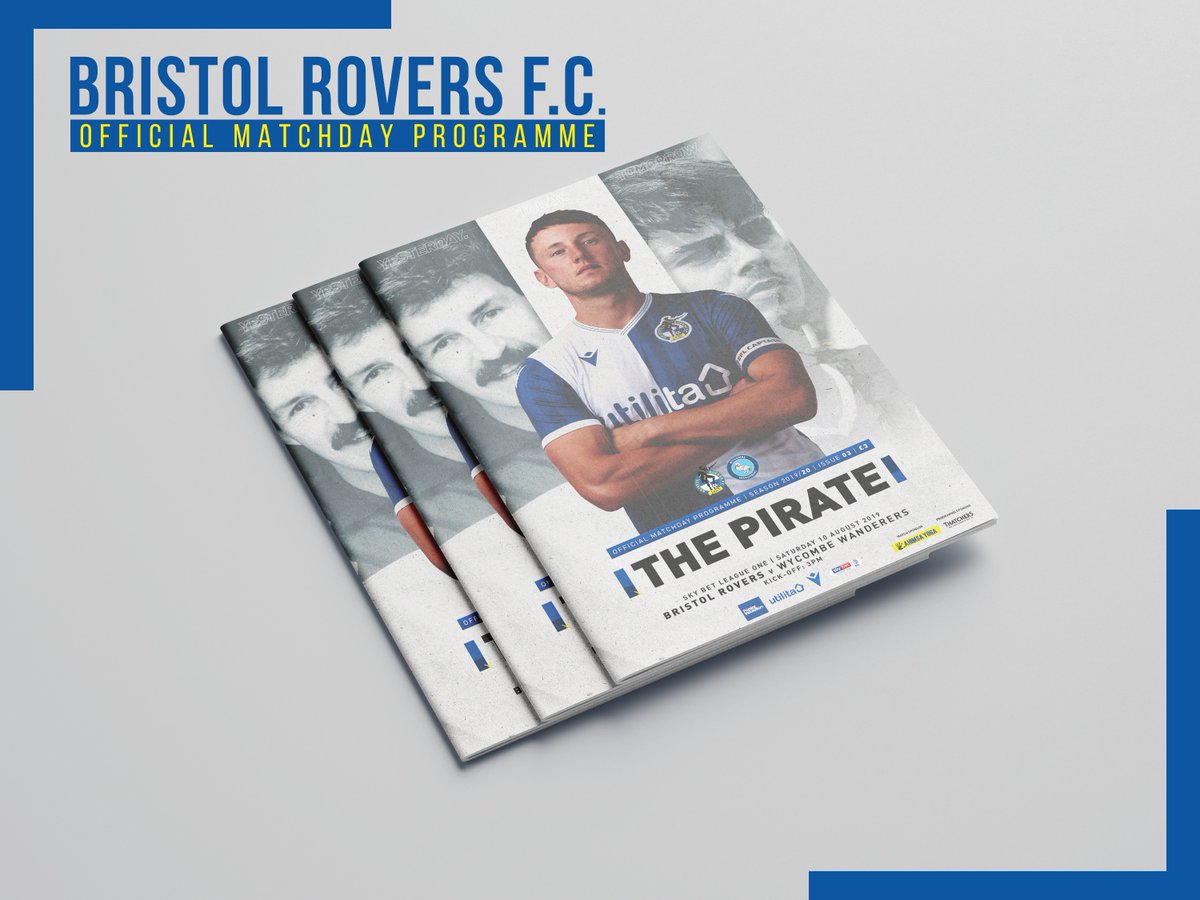 Travel and Ticket Information: Online tickets for this fixture will be available until midnight on Friday, 9th August for supporters wishing to collect tickets on the day, whilst a 'Print @ Home' option will remain available up until 2 hours before kick off.

Last Encounter: Wycombe were able to scrape a 1-0 victory over Rovers in their last visit to the Mem. However, around this time last year, it was the Gas who came away with a victory when they played Wycombe away from home. Two goals from corners were the difference makers in that game, the first coming courtesy of James Clarke, whilst the second from the forehead of Tony Craig.

Keep Up to Date with iFollow: iFollow Gas will help you keep track of the action as it unfolds this season with a number of different packages available. For UK users, matches within the blocked hours of 14.45-17.15 on Saturday are available via audio commentary only - with an audio season pass priced at £45 or a monthly audio pass costing £4.49. For international-based subscribers, streaming of the game will be available. Please click HERE for all the iFollow subscription options.