Jay Spearing and Armand Gnanduillet were on target for the hosts, as the Gas were defeated on the first weekend of the EFL season.

Rovers almost enjoyed the perfect start to the encounter, as Ollie Clarke struck the upright inside the opening ten minutes, following a neat passage of play that ended with Kyle Bennett sliding a pass for the Rovers skipper to run onto, creating a shooting angle on goal.

It was the hosts who grabbed the first goal of the encounter midway through the first half's proceedings, as Jay Spearing converted from the spot after Jaakkola conceded a penalty after an aerial collision with Curtis Tilt inside the Rovers penalty box.

Blackpool added a second goal in the critical period after the break, with Armand Gnanduillet able to guide home a close-range header at the far post less than two minutes into the half, as Rovers were forced to start the Sky Bet League One season with a defeat. 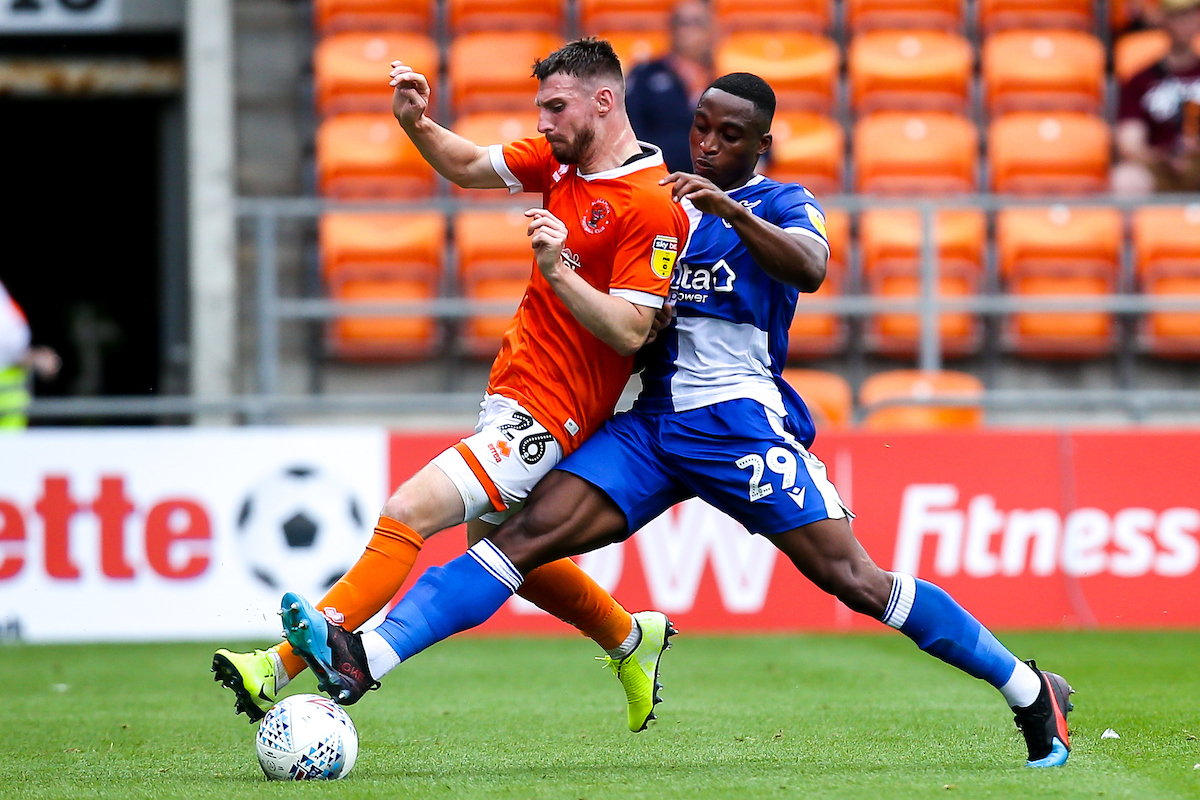 Rovers boss Graham Coughlan included five debutants in his starting eleven for the curtain opener at Bloomfield Road, as Jaakkola, Davies, Little, Leahy and Adeboyejo all got their first outing in the famous quarters.

On the bench, Tom Nichols and Tyler Smith provided attacking options, with youngster Lucas Tom Tomlinson also amongst the substitutes after impressing coaches and fans alike in pre-season.

In the opening minutes, both sides looked to be the first to mark the games opening opportunity. Ollie Turton dragged an effort from range well wide of the Rovers goal, while at the other end, an early Luke Leahy cross narrowly misses the handful of blue and white shirts inside the area.

Rovers rattled the upright inside the first ten minutes, as a slick through ball from Kyle Bennett crafted an opening for the skipper, who broke free on goal and plucked a finish that ran out of the reach of Jak Alnwick but bounced back off the outside of the frame of the goal. 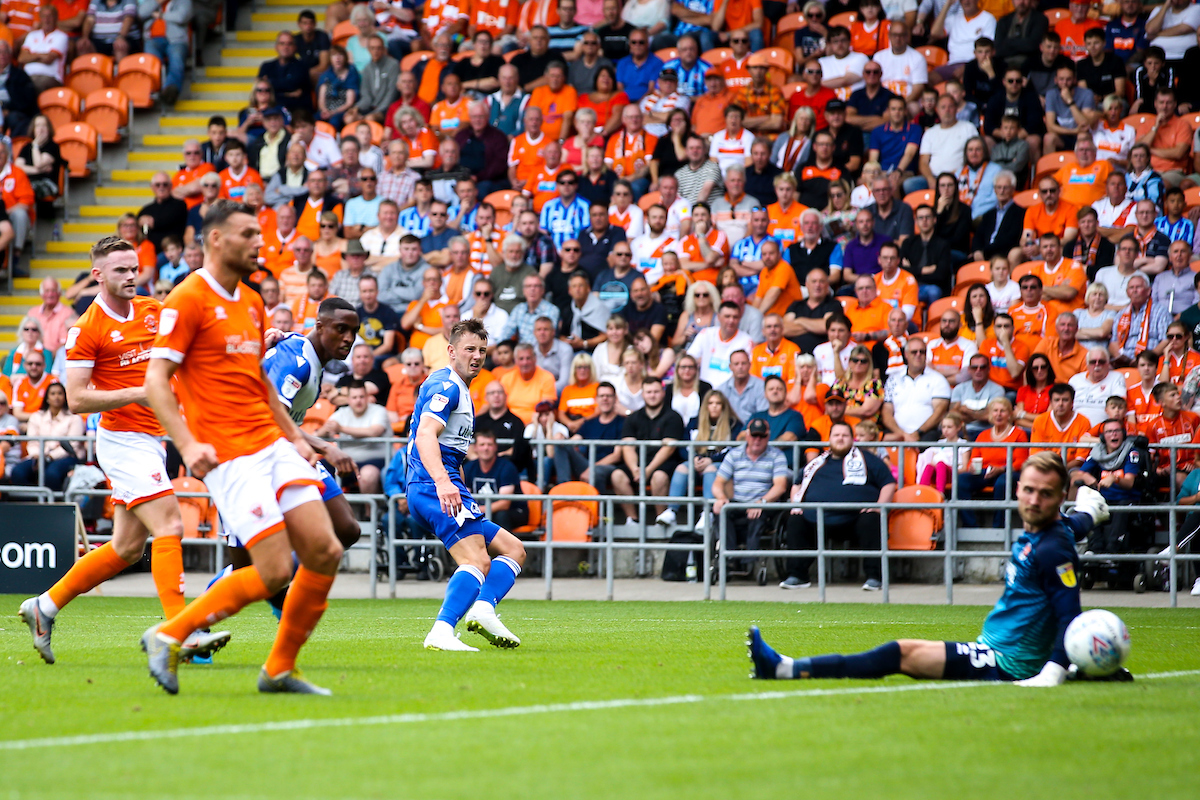 Chances turned few and far between as the first half action progressed, with the Gas defence doing well to thwart any efforts poised towards the Rovers

The home side were awarded a penalty after the referee deemed that an aerial clearance by Anssi Jaakkola caught Curtin Tilt in midair after the Rovers 'keeper climbed through a congested penalty area to punch a cross clear. Jay Spearing was tasked with taking the spot-kick and slotted the ball in the opposite direction of Jaakkola to mark the first goal of the game.

Rovers looked to respond to the setback instantly and an inswinging corner from Sercombe swung through a busy penalty area, almost falling for Tom Davies at the far post, but the defender narrowly missed out on connecting with a close-range header.

As the first half drew to a close, Liam Sercombe forced Alnwick into making a save, as the midfielder launched a low effort from the outside of the area that required attention from the Blackpool goalkeeper.

Jaakkola was also called upon the final moments of the opening forty-five minutes, as the shot-stopper made an intelligent save at his near post to push away a low volley from Sullay Kaikai that travelled through a number of bodies before reaching the goalmouth.

The hosts doubled their advantage early on in the second half, as a driving run forward from Sullay Kaikai allowed Blackpool to break deep into the final third. The ball was worked across the face of goal and escaped to the far-post, where Armand Gnanduillet was on hand to poke home a close-range header. 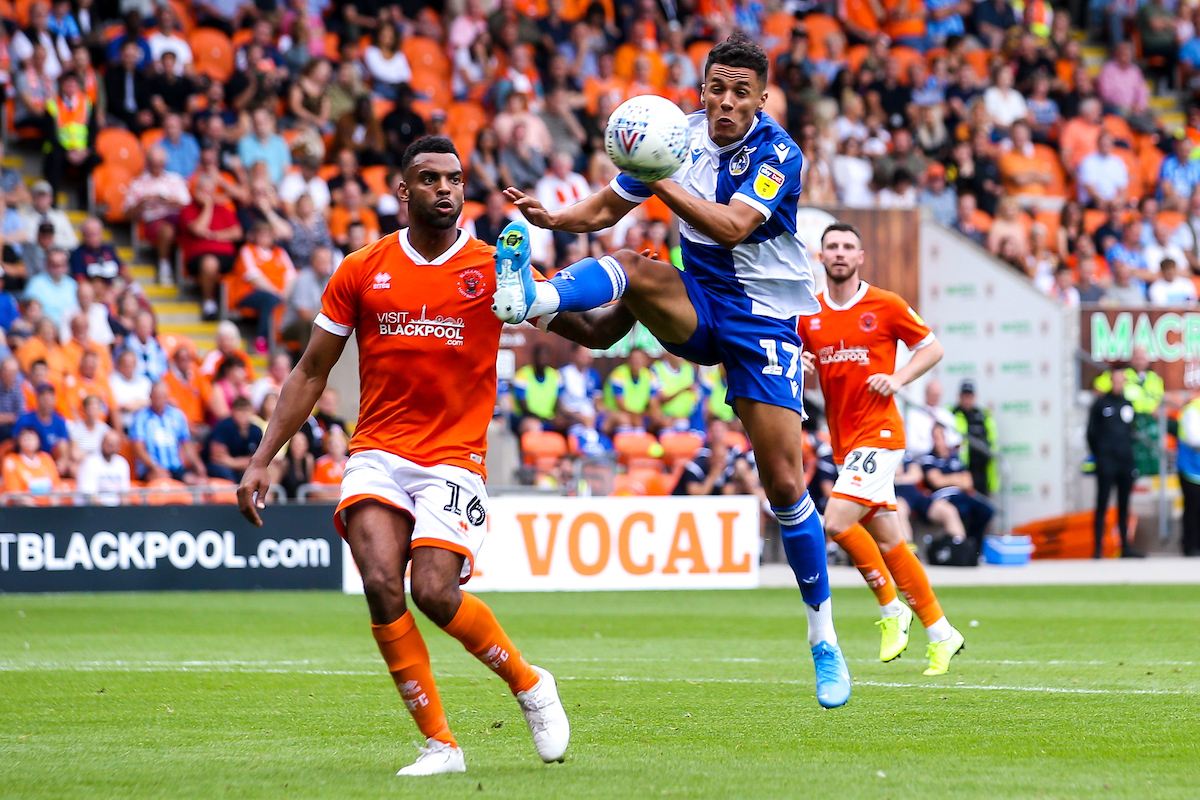 Rovers replied by introducing Tyler Smith from the bench, replacing Alex Rodman and adding an extra body up front to pair with Adeboyejo.

The change in personnel did produce a handful of chances, as Liam Sercombe drifted a long-range volley over the target, with Ollie Clarke following suit shortly after, with another well-struck effort that just held too much height to find the target.

With full-time approaching, Rovers enjoyed the fair share of possession but were unable to forge clear cut chances on goal.

Tyler Smith deflected a stray effort from Luke Leahy towards the goal, but the snapshot from the striker looped over the target.

There was a late chance for Rovers to reduce the host's advantage, as Tom Davies' flighted cross ran to Tom Nichols, with the striker nodding a header into the side netting.

The last opportunity of the game came moments before the whistle as Tyler Smith almost opened his account for Rovers in what would've been a decent consolation. Clarke jinked his way towards the by-line on the left side and floated a cross towards the 6 yard area. Smith met the ball and as fans stood to celebrate, the side watched the header clang off the woodwork. A scramble followed but no player around the ball could get a clear shot away on goal.

Rovers now look to next weekend's return to the Mem, as the Gas entertain Wycombe Wanderers.