Rovers suffered a narrow defeat at the hands of Rochdale at the Mem on Easter Monday afternoon.

The Gas perhaps had the better of the chances in the first half, with Liam Sercombe going closest on 24 minutes, but it wasn't until the 82nd minute that the game produced its first goal, as Manchester United loanee Ethan Hamilton finished from close-range to steal the points for his side.

Despite the result, Rovers remain four points clear of the drop zone with just two games of the season left.

Rovers made three changes as Sercombe and Alex Rodman came into the midfield, with Tom Nichols joining Clarke-Harris in attack.

Graham Coughlan's men started brightly, with Tareiq Holmes-Dennis working a one-two with Sercombe down the left, before firing in a good cross to the near post for Nichols, but the striker saw his effort well blocked by Jim McNulty.

Attacking the North Terrace, Rochdale made tracks down the right side and a ball dropped to ex-Bristol City striker Aaron Wilbraham, he tried to take a touch to work a yard away from Tony Craig but the Rovers defender marshalled him well and his scuffed shot was easily claimed by Jack Bonham.

The visitors were growing into the game in truth and went close on the quarter-hour mark, with Ian Henderson sweeping an effort goalwards from the edge of the area that flew just a whisker wide of the post.

A few minutes later and Jonson Clarke-Harris was nearly in on goal when he picked up a loose back pass and only had Ethan Ebanks-Landell between him and the keeper, but the Dale defender did really well to dispossess the in-form frontman.

The game came its closest to a goal on 25 minutes when another Rochdale pass at the back was picked off, this time by Sercombe. The midfielder drove into the box off the left and hit a shot for the far bottom corner but it bounced just wide of the upright - a let-off for the visitors.

Moments later, Ed Upson tried his luck from outside the box with a low curling effort that seemed tame, however the keeper didn't have a great view of it and was rooted to the spot, but it trickled wide of the target.

Rovers were regaining the ascendency and worked a lovely move when Clarke-Harris clipped a ball into the Nichols at the back post, who controlled well and waited for the overlapping Holmes-Dennis before slipping him into the box with a cute pass. The full-back had plenty of time and looked for Clarke-Harris on the cutback but a Dale defender did just enough to prevent the striker from sweeping it home.

Just before the break, Clarke-Harris demonstrated that he can provide as well as finish, after he recycled his free-kick that was blocked by a Dale wall, by skipping past his man on the left and whipping in an excellent ball across the face of goal; Tom Lockyer couldn't quite get on the end of it as we went into the interval level. 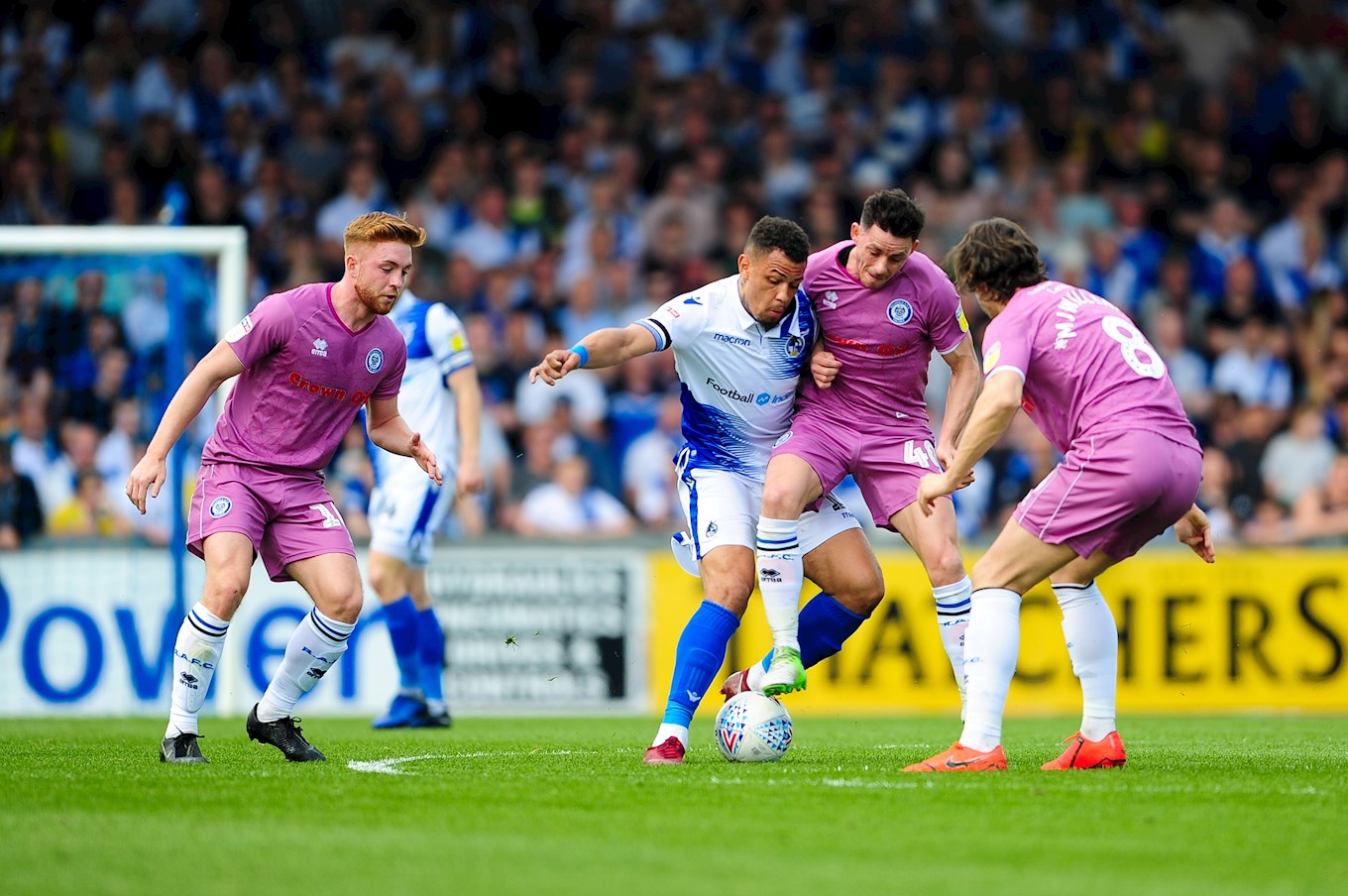 The visitors came out for the second half quickest and had a decent half-chance five minutes in as Wilbraham knocked down a cross for Dooley inside the box, but the midfielder scuffed his shot wide of the target.

Bonham had a heart-in-mouth moment when he went to clear Rodman's back pass but saw it cannon off Ian Henderson and loop into the six-yard box. Wilbraham looked to capitalise but fouled Lockyer who was alert to cover the danger.

Clarke-Harris tested the keeper on 58 minutes when Ollie Clarke found him with a lovely ball over the top, before the striker controlled it onto his left foot and stung the keeper's palm with a powerful effort.

It sparked a period of pressure from the hosts who crafted a lovely move that started from right-back, with Rodman working a clever one-two with Clarke-Harris before passing to O.Clarke, who helped it out left to Sercombe. The midfielder held on for Holmes-Dennis' overlap and the defender then fired the ball low into the box but it evaded anyone in blue and white.

Sercome worked a good corner routine off the left side that allowed him to clip in a dangerous ball to the back post that Clarke-Harris rose to meet, but couldn't quite get over it as it skimmed off his head and behind the goal.

Coughlan made his first change on 73 minutes, as Alex Jakubiak replaced Nichols in a straight swap.

Sercombe who has so often provided expert quality from distance in a Rovers shirt, almost did once again with little over 10 minutes left, as he arrowed a 25-yard strike at goal but saw it fly just wide of the post.

The deadlock was finally broken in the 82-minute and frustratingly, it went the visitor's way.

Joe Bunney clipped a cross into the back post off the left that was kept alive by a Henderson cut back for Hamilton. He took a touch and looked to have lost his balance but managed to scoop the ball into the top corner.

Rovers introduced Gavin Reilly with three minutes to go, with Rodman making may for the striker.

There was a late half-chance for Rovers from a corner, as Sercombe's delivery was met by Lockyer deep and flew across the face of goal but no one could get onto it, as Rochdale left the Mem with all three points. 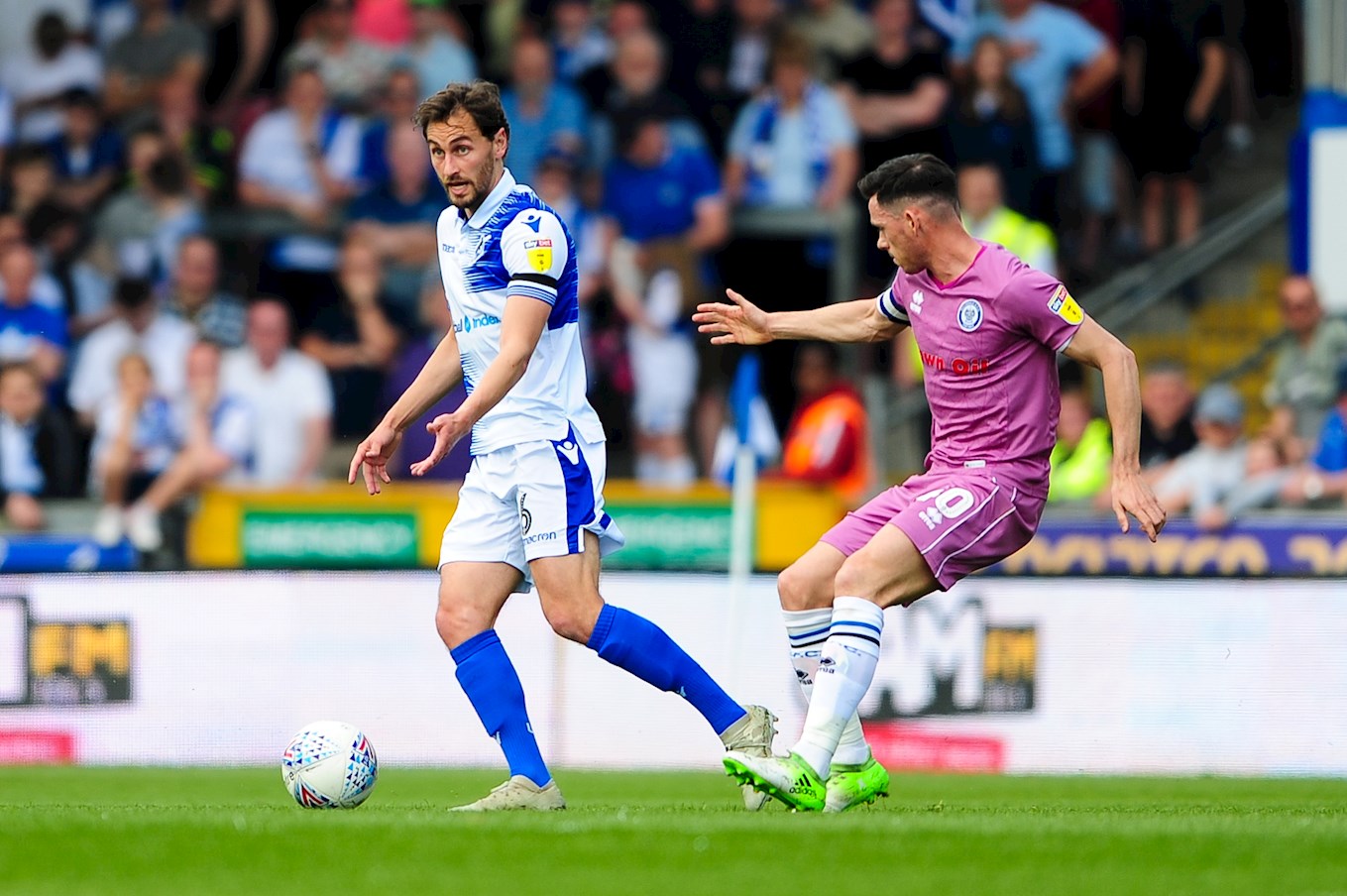