Ollie Clarke scored his second 25-yarder in the space of the week to earn Rovers a point away at AFC Wimbledon on Good Friday.

The Dons took the lead through Joe Pigott's curling effort in the first half, but O.Clarke cancelled it out with a sensational effort from range inside the final 15 minutes to earn a share of the spoils.

Rovers made just two changes from the win over Bradford, as Gavin Reilly came in as a straight swap with Tom Nichols to join Jonson Clarke-Harris up top.

Joe Partington earned his first start since the 4-0 win at home to Blackpool at the start of March, meaning Liam Sercombe dropped to the bench.

On a wonderfully sunny day in South West London, Rovers arguably started the brightest but without carving out any notable opportunities; the hosts were aware of Clarke-Harris capabilities and making that apparent when he was charged down on the edge of the box by not just one but two blue shirts.

Following his distance strike last weekend against Bradford City, O.Clarke tried one from a similar area, however this time saw it skip wide of the post.

O.Clarke was involved again on 17 minutes when he got in down the right flank before firing a decent ball to the near post that Reilly got his head to but saw it deflect behind for a corner.

The hosts got forward well a few moments later, with a cutback finding its way to James Hanson who struck it first time, but it was well blocked Abu Ogogo.

It marked a good spell for Wimbledon which they went on to take advantage of, as Pigott curled what was admittedly an excellent finish into the top corner from just inside the area.

The Dons continued in a positive manner and had Rovers on the back foot for five minutes or so, but Clarke-Harris won a good free kick on the right wing to relieve pressure and a good chance went begging from the delivery.

Ed Upson found O.Clarke unmarked at the back post and the midfielder hit it on the half-volley but seemed to lean back as he did and saw the ball sail over the bar.

Up the other end Rovers very nearly went two down, first Jack Bonham clawed out Steven Seddon's header with a superb save before Tony Craig came to the rescue with goal-line clearance on Anthony Wordsworth's low drive.

Rovers almost found an equaliser through an unlikely source and manner, as James Clarke received the ball 30 yards out and drove a sweetly struck shot at goal and it flew just a whisker wide of the target.

Walley Downes' side finished the half the stronger side, however Rovers were able to withstand the pressure to go into the break with just the one-goal disadvantage. 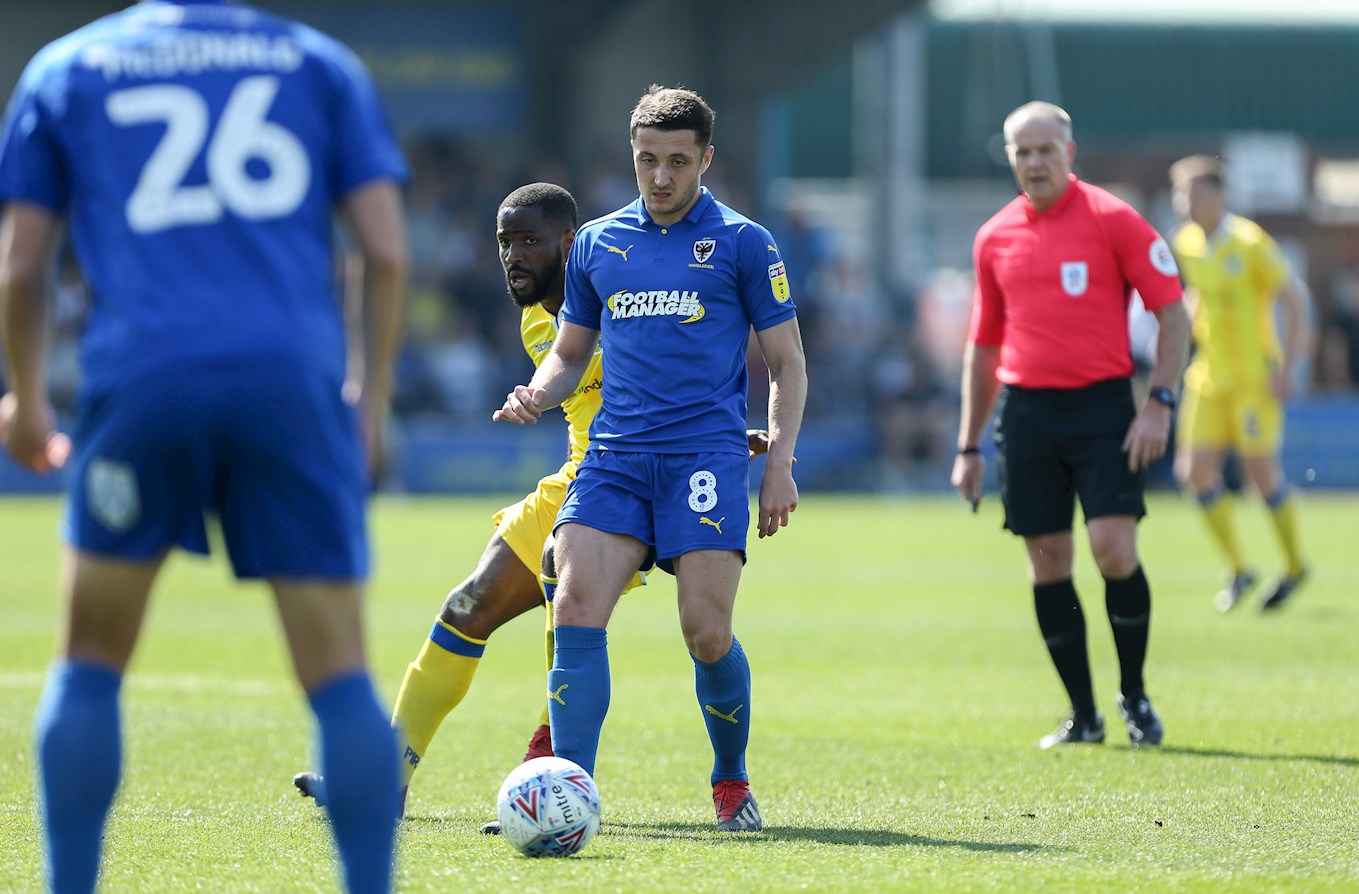 The action resumed in a rather docile manner, with neither side threatening much inside the first 10 minutes of the second half.

Rovers best chance certainly of the half and perhaps the game, fell to Reilly just past the hour mark.

O.Clarke turned two defenders excellently 25 yards out before slipping a cute pass through to Reilly who was one-on-one. He opted to use his left foot and try to bend it past the keeper but Aaron Ramsdale got down really well to deny the Scotsman.

Graham Coughlan went for his first change on 65 minutes, as he ramped up the attacking threat by bringing on Alex Rodman for Partington.

Dons sub Michael Folivi went close from outside the box, curling a decent strike just over the bar, a few moments before Rovers used their two remaining changes; Sercombe and Alex Jakubiak on for Tareiq Holmes-Dennis and Reilly.

Rovers continued to prob for an equaliser - the ball sat up nicely for Upson to hit a volley outside the area but it was straight down Ramsdale's throat.

Then on 77 minutes, they did find a leveller and it came through emphatic fashion, as O.Clarke who shifted the ball onto his 'weaker' left foot from 25 yards and bent the ball expertly into the top corner. 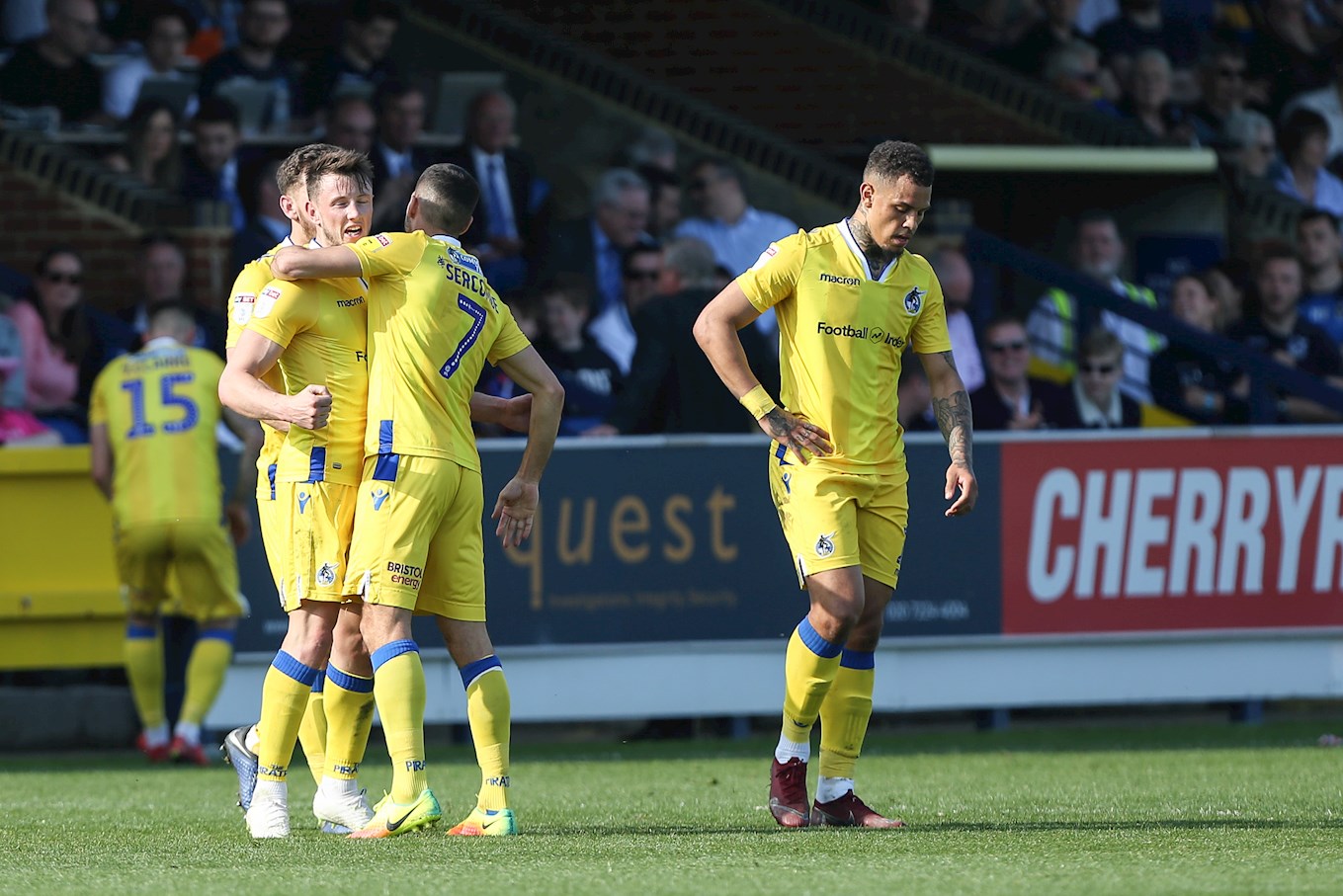 The Dons had a great chance to restore their lead inside the final five minutes, but Folivi couldn't guide his glanced header either side of the keeper as the game finished level.