Here are this evening's awards winners! 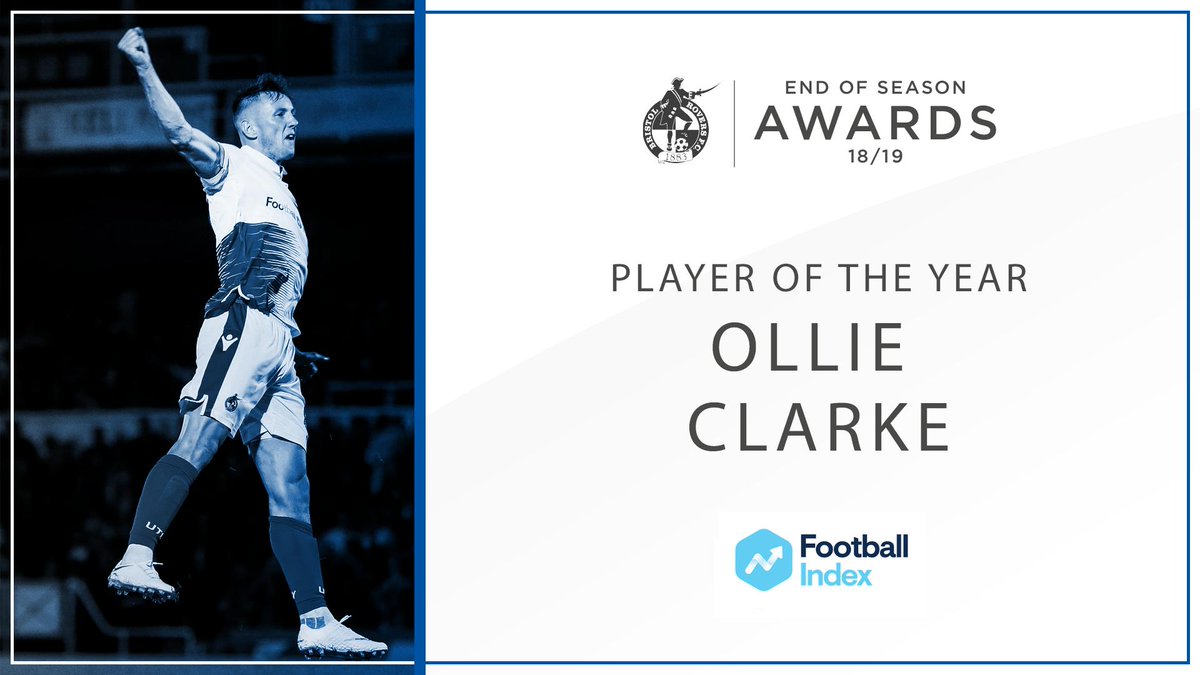 Ollie Clarke has arguably enjoyed his finest season in a Rovers shirt to date, certainly unarguably in front of goal, netting six times; a career best. Ollie has been a mainstay in the midfield throughout the campaign, with his tireless running and selfless work rate setting a precedent for the rest of the team. The 26-year old has also aptly stepped in the to wear the armband in club captain Tom Lockyer's absence. Ollie received the accolade based on votes from his fellow teammates, pipping Jack Bonham, James Clarke and Lockyer to the award.

There was never much in doubt in who was going to win this one. January signing Jonson Clarke-Harris has been a revelation since joining the club, scoring an impressive nine goals already. The most impressive of all however, turned out to be his stunning long-range effort away to Gillingham, the crucial only goal that earned Rovers three points. 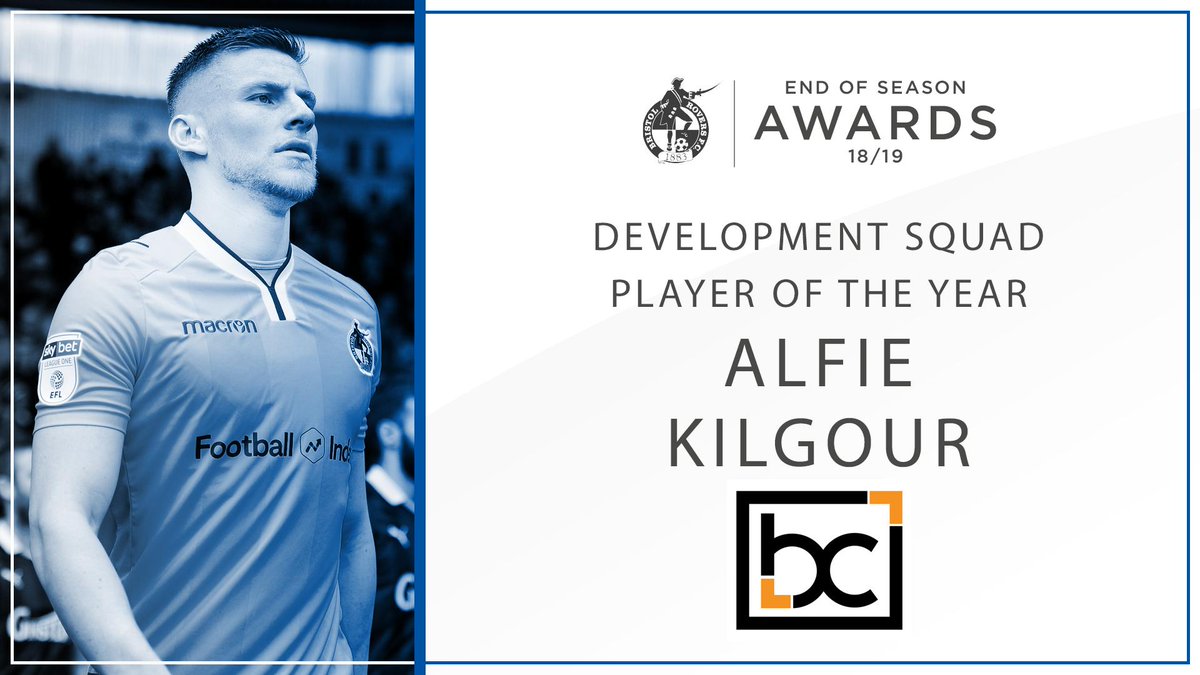 Some could label this Alfie Kilgour's breakthrough season, who after an excellent loan spell at Maidenhead United in the National League, in which he made 17 appearances and scored three times, was recalled to make his Rovers debut in March. He came on as a late substitute in the 1-0 win at Gillingham, but his real baptism came 11 days later, as Alfie played the full 90 minutes in the thrilling 2-2 draw away to Plymouth Argyle. 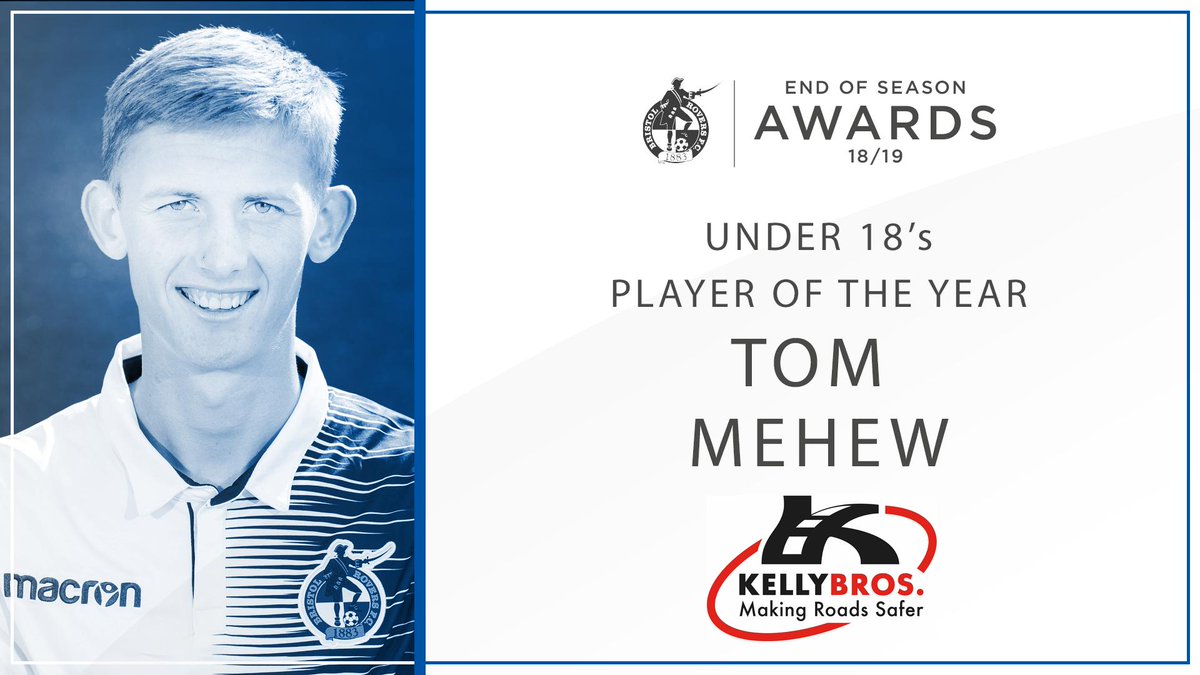 Tom Mehew has enjoyed an excellent campaign with the Under-18s, whilst also appearing for the Development Squad on occasion due to his fine form. The young midfielder has recently impressed on loan at Frome Town and is certainly one for the future. 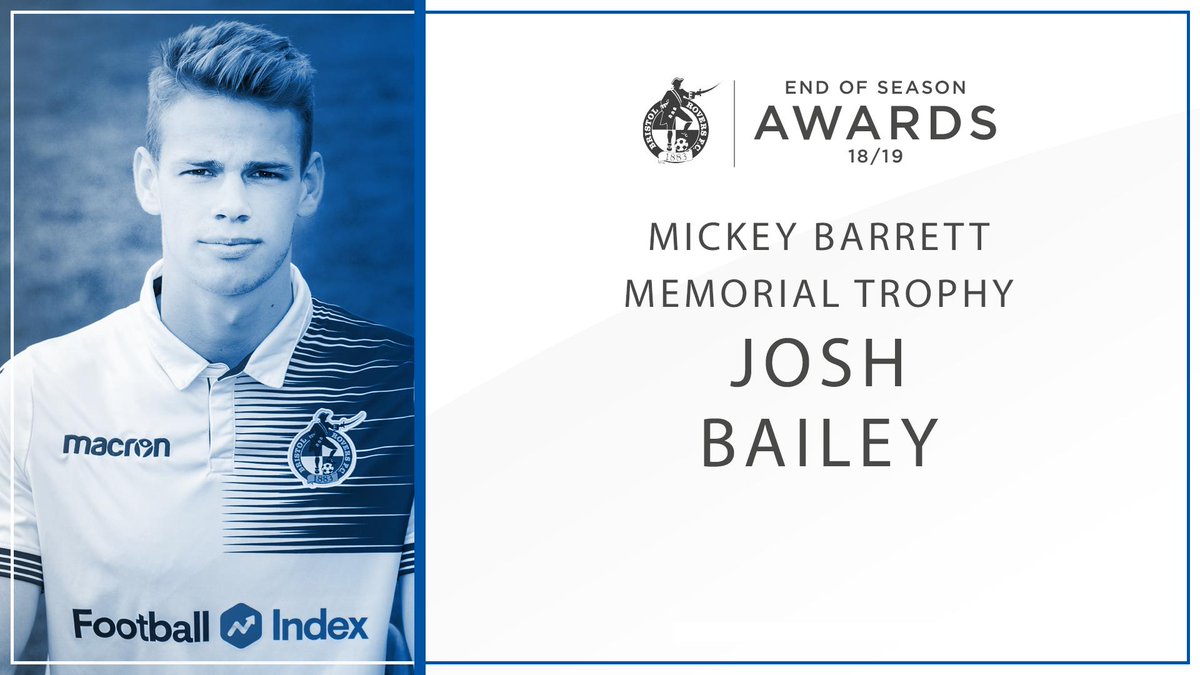 Even at such a young age, Josh Bailey has proven himself to be so much more than just a footballer. Despite spending most of the season on the sidelines with injury, that hasn't stopped Josh doing his bit at the club in other ways, from helping run the pre-academy, running the line and taking part in academic projects. 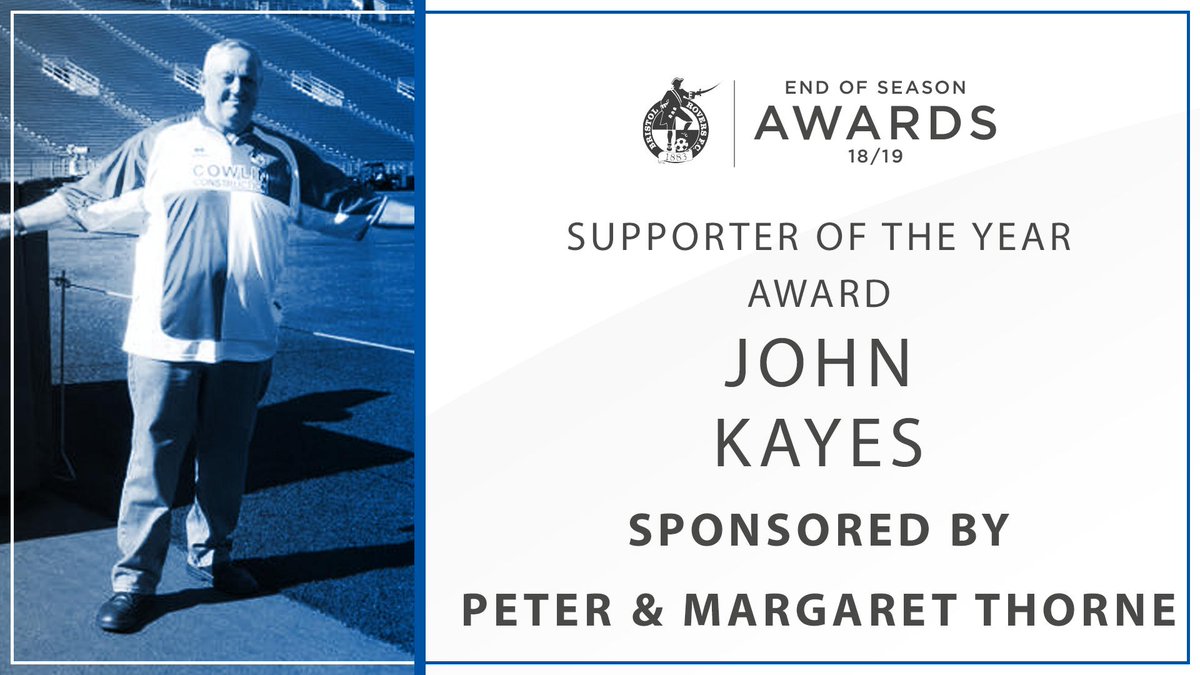 John Keyes has been supporting Rovers since 1963 and has been a key, well-known figure in the fanbase ever since. John does so much more than just support the club, he has been involved in a number of fundraising schemes to help those in need and others amongst Rovers' support contingency. 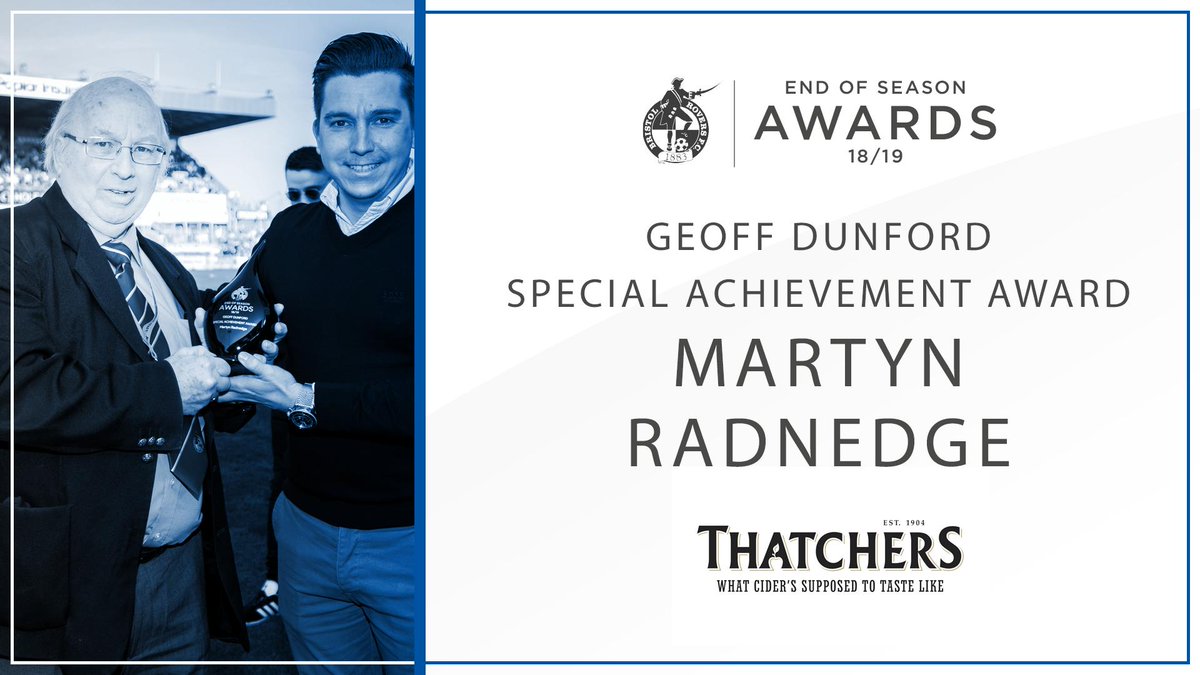 A well loved figured at the club, Martyn Radnedge has been involved with the club for many years and epitomises everything about Rovers. His work with "Helpline" has raised a staggering £1,000,000+ to date.

Community Champion Jacob Kelly's work for the NHS with support from the Community Trust has had an astonishing impact in the local community of Bristol. With the help of the players at the club and the charity scheme, the development of some of the individuals in the scheme and working with Jacob has been quite remarkable. 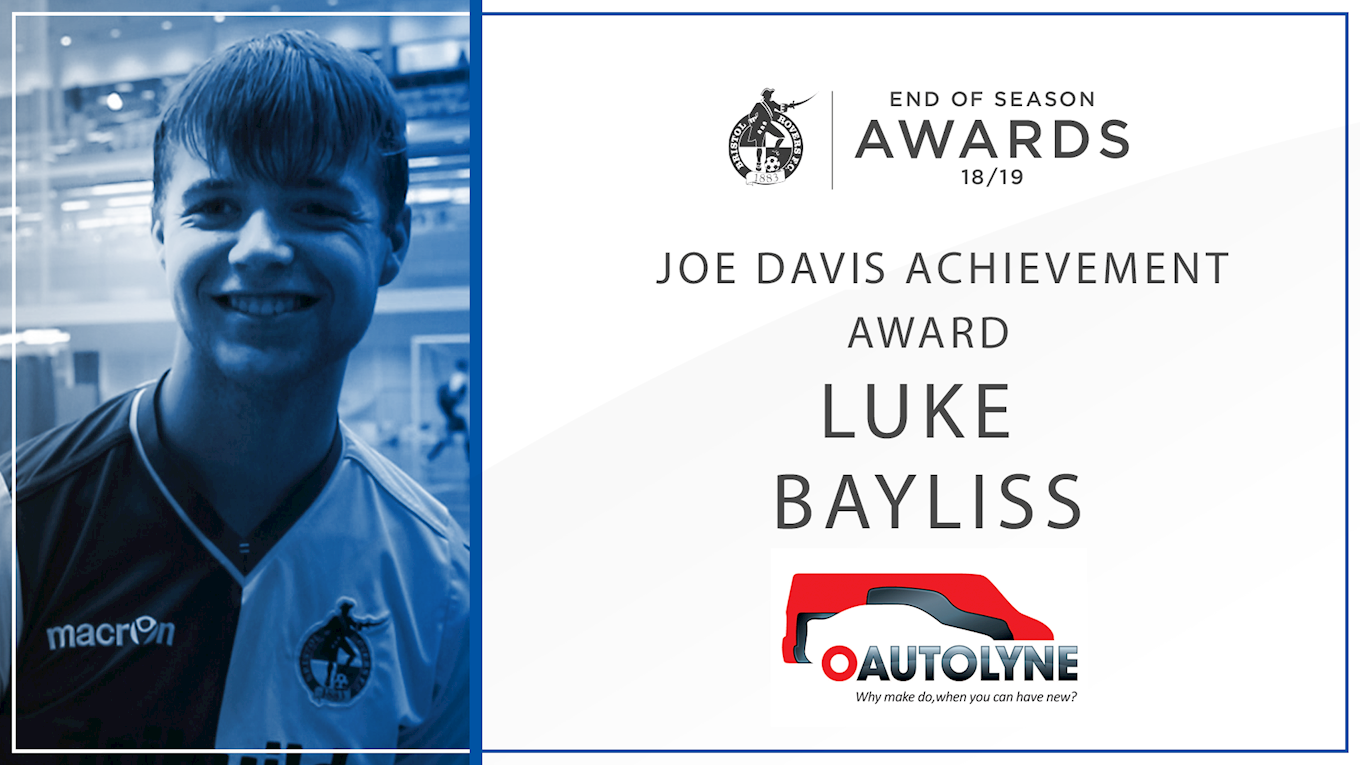 Luke Bayliss won the Joe Davis Achievement Award, missing his team's cup final to be in attendance to receive the award. Luke is a glowing example of what hard work and drive can achieve in the Community Trust programme and his achievements on and off a football pitch were truly acknowledged.