The captain gives his verdict on Saturday's win and discusses his recent form in front of goal.

Looking back at the hectic opening ten-minute period, the skipper detailed how Rovers could have been behind during the opening exchanges - but was pleased with an efficient display in front of goal that allowed Darrell Clarke's side to stretch to a three-goal lead inside twenty-five minutes.

“It wasn't an ideal start for us and I thought they (Coventry) started the game pretty sharp and perhaps we started the game a little flat - but we went on to create three chances and scored three goals.

“We actually created one or two more chances to add to that tally. Sinks (Stuart Sinclair) had a great chance blocked right under the goal and when you compare the chances we created on Saturday to the week before at Luton, where we didn't manage to create many at all, it marks a step in the right direction.”

Pinpointing goalkeeper, Jack Bonham for praise, the captain conveyed that he's been impressed with start the Brentford loanee has made to his stay at the Memorial Stadium.

“Any successful team has got a great shot-stopper in their ranks for when the opposing team do manage to get shots on goal.

“Jack has come into the team and I think he's been brilliant and has managed to fit into the dressing room. On top of that, he's managed to make the valuable saves out on the pitch.”

Lockyer's goal on Saturday was his third of the season and second goal in as many games.

The defender glanced home a delightful cross from Chris Lines but insisted that he didn't want to pay his teammate too much credit for the assist and communicated that he now feels he's getting the fortune in front of goal that he perhaps hasn’t enjoyed in recent years.

“I don't want to give him too much credit - because he already knows that it was a great ball into the mix and I've already thanked him!

“Chris Lines has been doing that for years now and he's been on at me for the last few seasons for not putting chances like that away and to be fair to him, he's put some peaches in for me during the past.

‘He even managed to put a ball into me during the second half on Saturday, that I probably should have scored. 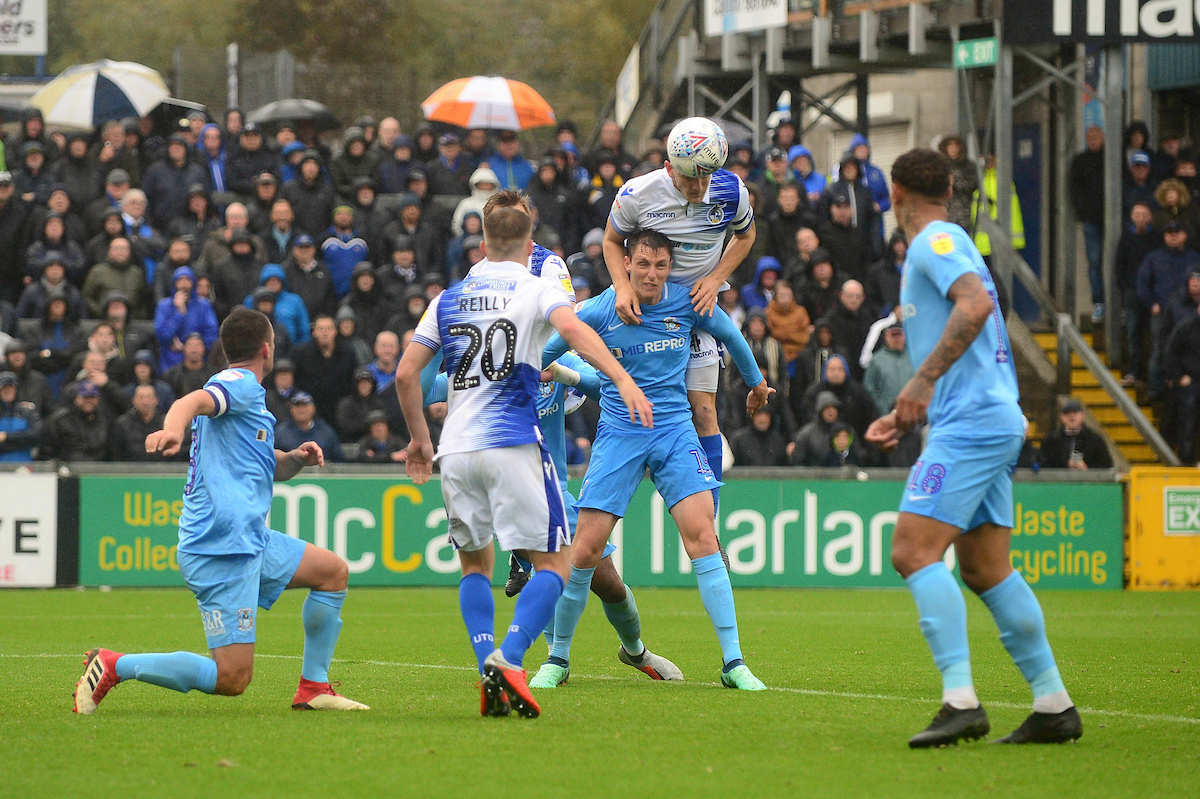 “It's one of those things, you always want to score goals, but for whatever reason it hasn't always happened and I know that during the past few years I've missed a couple of good chances and not had the rub of the green - where it has either hit the goalkeeper on the shoulder or it has hit the post, so it's nice to see them a few go in!

“Even last year I said that I was trying to add a couple of goals to my game and I felt that I could do that if only I was able to get a little bit of luck in the final third.

“The Gaffer said before the season started that I was due a few goals for the team and to be fair, I've always felt confident going up for set-pieces and like I said, it's nice to see the chances start to go in!

While dashing to a three-goal lead on Saturday was pleasing for the skipper, Lockyer was equally happy with how the team handled the advances of the visitor's during the second half to protect the lead.

“It's always tricky when the opposition score just before the break, which could have easily have taken the stuffing out of us heading back out for the second half.

“Coventry were always going to come at us during the second half, because they were in a situation where they had nothing to lose.

“When you look back at our results over the years, since the Gaffer has been in charge, when we do take the lead, we normally soak up the pressure and then look to hit teams on the counter.

“On Saturday, I thought we had ample opportunities to add a fourth goal, to really put the nail in the coffin. When there is still only a two-goal cushion, then you can expect that pressure from the opposing team.”