10-men Rovers battled for a well earned point away to Shrewsbury Town on Saturday afternoon, with Stefan Payne netting a penalty against his former employers.

The game had to wait until the 53rd minute for its first goal, which came courtesy of Payne's spot-kick after Ollie Clarke had done brilliantly to power into the box before hauled down by Luke Waterfall.

However just moments later the tide turned as debutant Joe Martin was given his marching orders after receiving a second yellow card for a robust challenge on Alex Gilliead. 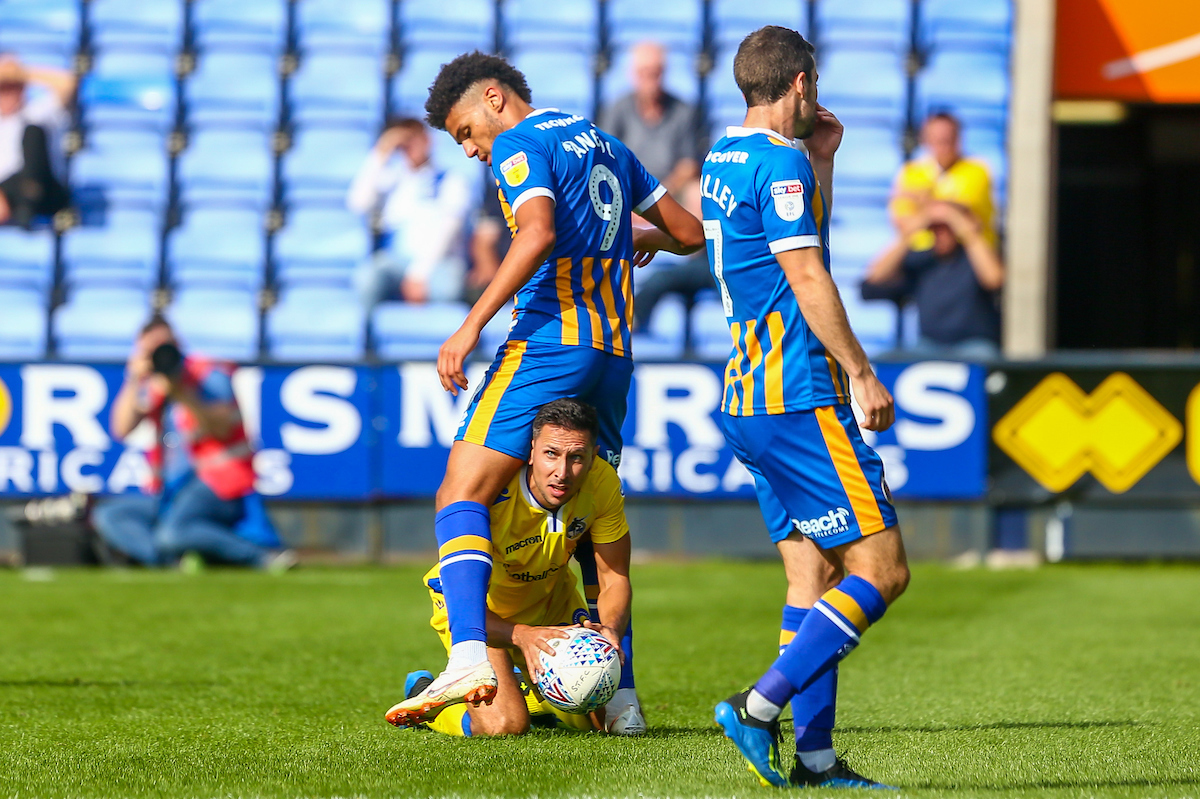 The hosts begun knocking with their man advantage and found a way through with just under 20 minutes left as Shaun Whalley's low driven cross ricocheted off the unfortunate Daniel Leadbitter and into debutant Jack Bonham's net.

In naming his side of the encounter, Rovers boss Darrell Clarke named two debutants in the starting XI - as both Jack Bonham and Joe Martin got their first taste of competitive action for Rovers following the pair arriving on loan earlier this week.

Stefan Payne and Alex Rodman both also featured in the starting eleven against their former club - with Payne partnering with Tom Nichols in attack.

Rovers perhaps began the brightest in a truthfully quite lacklustre opening 15 minutes or so, with a purposeful Sam Matthews run into the box and decent cross hung up at the back post from Leadbitter the two most notable highlights.

Shrewsbury grew into the half as it wore on, despite not really threatening Rovers' goal too much even though a good opportunity to head at goal fell for Lee Angol, but he got his angles wrong.

There was then a slight period of strain for the visitors in which they were tasked with defending a couple of corners - Joe Martin going into the book amidst it all with a cynical trip.

Tony Craig shortly followed Martin into the referee's book for pulling Shaun Whalley back by his shirt just a minute before the game started to boil over a tad.

Tom Nichols put in a hearty challenge on Ollie Norburn that was not well received by the home crowd, nor the Town man's teammate Anthony Grant who took it upon himself to confront Rovers' number ten.

Both players ended up with yellow cards for their troubles, however Grant was refusing to let the gripe go and continued to square up to Nichols, maybe riding his luck with the officials a tad.

Not much more followed the light fracas before the break; most probably the most gripping incident of the first half.

Rovers however did break the deadlock just eight minutes into the second half. The move was instigated by Ollie Clarke, who beat his man to the ball in close proximity to the touchline and was able to navigate his way into the Shrewsbury area before being bundled to the floor by Luke Waterfall - as the referee wasted no time in awarding the penalty.

The task of taking the resulting set-piece was trusted to Stefan Payne, as the striker produced a firmly struck shot that proved to be too powerful for Coleman to keep out - although the goalkeeper did manage to get a hand to the penalty.

With Rovers ahead, the game sprung into life and entered a period of end to end action. The freezy was fueled by the second caution to Rovers debutant, Joe Martin, who received his marching orders following a strong challenge on Alex Gillead. 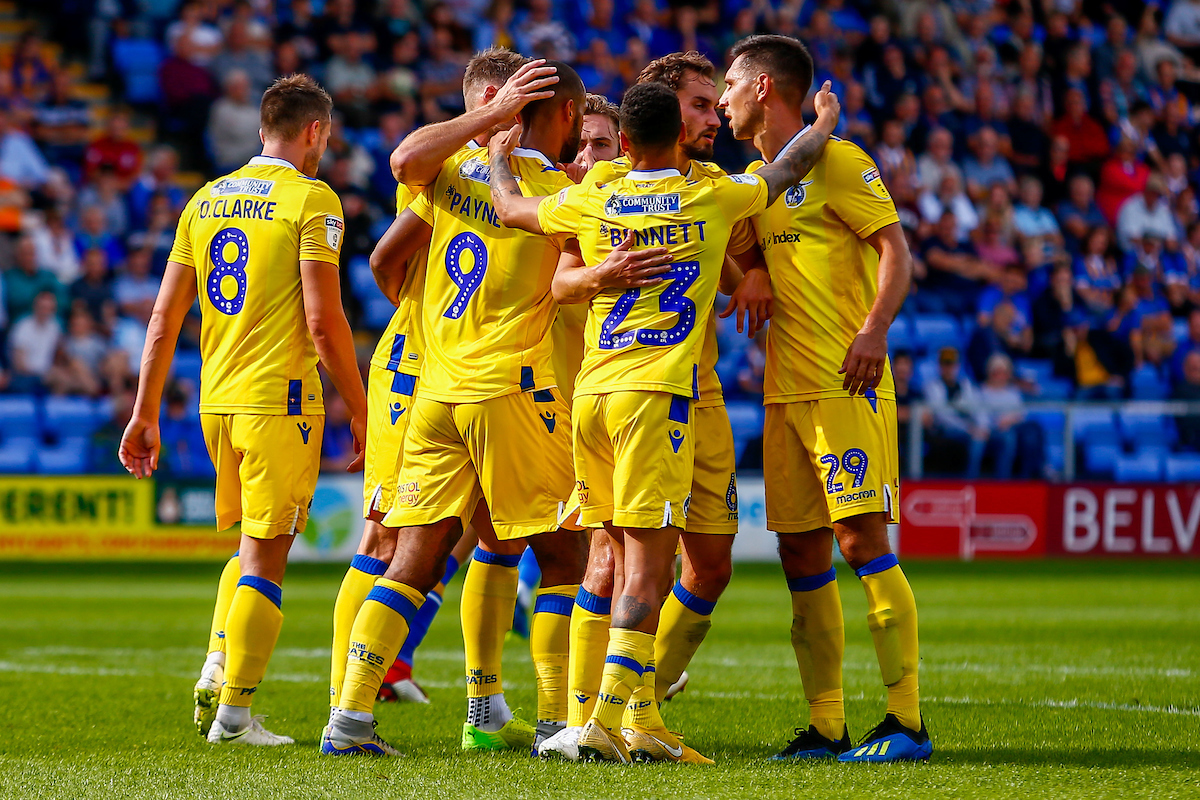 The dismissal prompted Rovers to draft in Tom Broadbent off the bench, as Sam Matthews made way for the defender's introduction.

With the host's eager to restore the balance to the game, John Askey's men committed more manpower to attack - with Omar Beckles coming inches close from directing a close-range header towards goal.

Rovers lead last nineteen minutes in total - as the home side equalised as the game entered the final twenty minutes. In somewhat unfortunate circumstances for Rovers, it was a Shaun Whalley cross that did the damage - with a touch off Daniel Leadbitter deflecting the ball past Bonham.

It was very much the Shrews that ended the game with their tails up, however Rovers defended resolutely despite a near miss when Angol almost had a tap if not for a great recovery block from Bonham as The Gas held on for a deserved point on the road.