The goalkeeper made a sequence of early saves to deny Coventry the first goal in Saturday's encounter, with his impressive display between the posts leading to the goalkeeper earning the accolade of the sponsors ‘Man of the Match’.

The visitors created two chances on goal in the opening five minutes, with Bonham on hand to keep the scores level ahead of Gavin Reilly’s opening goal.

Looking back on Saturday’s win, the goalkeeper was pleased he able to make a positive contribution in the early stages.

“It was quite a frantic start for both sides and it was quite end-to-end during the opening ten minutes,” the loanee goalkeeper reflected.

“Coventry had a couple of set-pieces and that’s where they managed to forge the chances from. The first one came from a header and looking back, it probably looked like a better save than it was. I managed to tip that effort over the bar and the second chance travelled through bodies and thankfully I was able to see the ball, so that gave me the opportunity to make the save.

“We want to carry the momentum forward now"

“After watching the second save back, that one was probably a better safe than I gave it credit for at the time, so that was pleasing”.

The goalkeeper built on his impressive saves and played a central part in the build-up to the first goal, as his lofted goal kick up field was glanced by Tom Nichols into the path of Gavin Reilly, who slotted home for his first Rovers goal.

“I most probably wasn’t aiming for Tom Nichols and dragged the goal kick inside a little bit - but it worked out well for us in the end and Gavin managed to put the ball away nicely and we then went on to add two more goals.

“After we went three goals up - as expected, Coventry dominated much of the ball, but when you have that cushion you can get away with that a little bit and you can concentrate on defending that margin. “

While the first half on Saturday provided good drama and a flurry of goals- it was the second half performance which pleased Bonham, as Rovers defended efficiently to protect the two-goal cushion.

"During the second half, we had a handful of opportunities and so did they, but I think the score line reflected a fair result.” 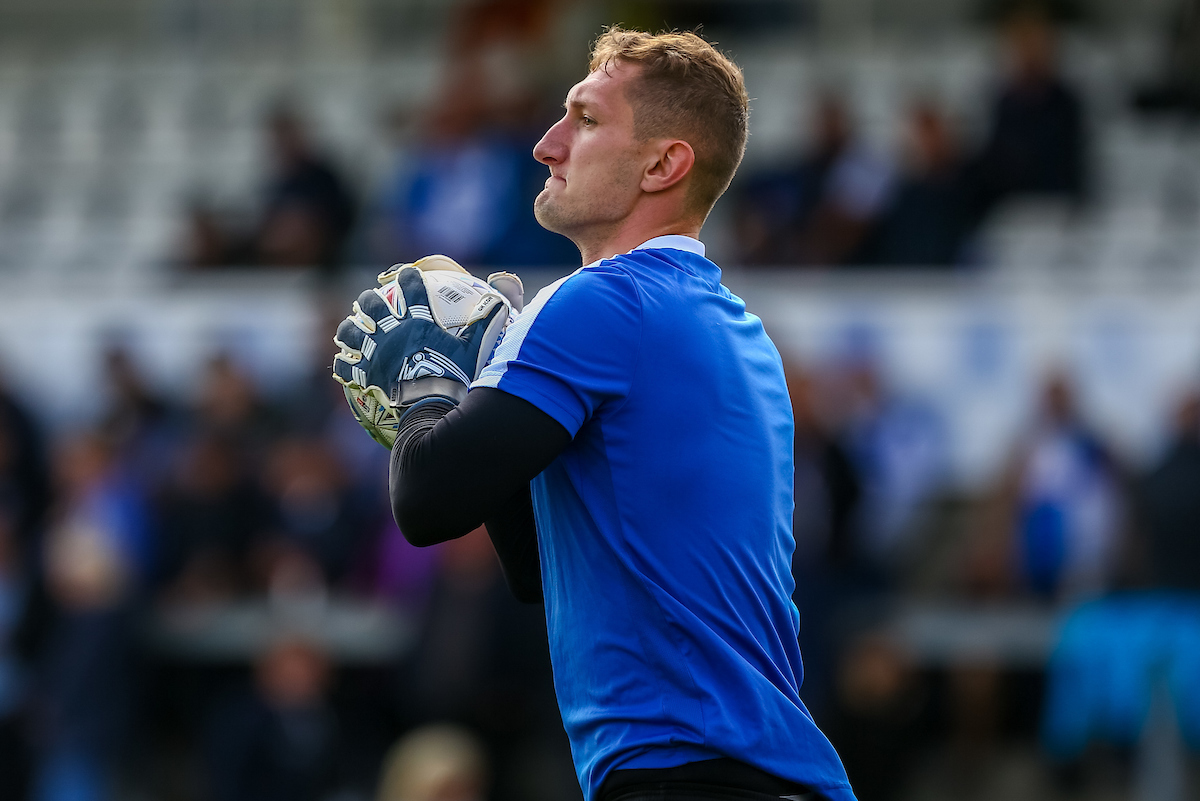 After experiencing his first league win at the Mem, the shot stopper was quick to pay tribute to the vocal home crowd that rallied behind the players on Saturday afternoon and touched upon how he’s enjoyed the support from the Rovers faithful so far during his loan spell.

“The fans have got behind me and that has been helped by me playing to my potential in the last few weeks. It’s also nice for the hear the supporters get behind the team and it was important for us to pick up that first home league win on Saturday, as it proved to be a great atmosphere at the Mem and has to go down as my favourite game of my loan spell so far.”

With two positive results on the spin, attention now turns to consecutive away games against Bradford and Rochdale.

The goalkeeper relayed how the squad can carry the positivity into the two long trips on the road ahead, starting with Saturday’s trip to Bradford.

“We want to carry the momentum forward now,” outlined Bonham.

“Last Tuesday, in what was a game that we were probably expected to win, we got the job done and backed that up with a good result on Saturday. Although it may have not been our best performance, we were clinical in getting those all-important early goals and we did what we had to do to get the three points.

“Saturday was another building block and momentum can sometimes be a strange thing, as when you start to string wins together, then you can go on a positive run and hopefully that's what we can do in the two away games coming up.”