We take a detailed look at Saturday's opponents, Bradford City.

David Hopkin became Bradford's fourth Manager of 2018 when he joined the club at the beginning of September.

The former midfielder played a brief spell of his career with the Bantams during the 2000/01 season and also featured for Chelsea and Crystal Palace as a player before his retirement in 2003.

The Scottish international began his coaching career in his native homeland, with a spell at Greenock Moreton, before taking the reigns at Livingston in 2015.

Hopkin enjoyed a successful spell at Livingston, guiding the club to two promotions and into the Scottish Premiership, before departing in May 2018.

We have drafted the inside knowledge of Nathan Atkinson from The Bradford Telegraph and Argus to give his the low down on to how Bradford have started the 2018/19 season so far...

"IT has been a tumultuous season so far for Bradford City but a victory on penalties over Everton’s Under-21s in Tuesday’s Checkatrade Trophy clash ought to boost their confidence.

Michael Collins was the surprise choice to take over as manager in July, and he was unceremoniously sacked after just seven games in charge.

The Bantams’ record signing David Hopkin was parachuted in after his success in taking Livingston into the Ladbrokes Scottish Premiership.

He has had a difficult start though. His first game in charge saw City blow a two-goal lead in the last five minutes against Blackpool, as they conceded a 90th minute winner.

They also came away with no points from Hopkin’s other two Sky Bet League One matches, a 2-0 defeat at home to title challengers Charlton Athletic and a 2-1 loss at high-flying Doncaster Rovers.

Therefore, the penalty success in midweek was their first win since Collins masterminded a narrow 1-0 home victory over Burton Albion.

Jack Payne grabbed a first-half winner in that clash and he looks to be a high-quality loan signing for the Bantams.

He was a key figure in Blackburn Rovers’ promotion to the Sky Bet Championship last season, and the Huddersfield Town midfielder has already netted three times for his new club this term.

The sale of experienced centre-back Matthew Kilgallon angered City’s fans, but Anthony O’Connor has led the backline admirably in his absence, helping the side to a couple of clean sheets.

Australian international Ryan McGowan has performed well alongside him. The defender’s nomadic career has seen him play in Scotland, China and the United Arab Emirates.

He signed for City on a free this January from Sharjah FC and has quickly become an established first team player.

City have the individual talent, but with the team currently languishing in the bottom four, their full potential has yet to be unlocked."

Saturday's hosts are without a win in five outings in Sky Bet League One, with their last three-point haul coming against Burton in August. Although the Bantams have been beaten seven times this season so far, in four of those games, the margin of defeat has been just one goal. Saturday's host drew with Everton's U23's in the Checkatrade Trophy on Tuesday evening and will be boosted by a penalty shoot out victory - that allowed them to secure the bonus point on offer. 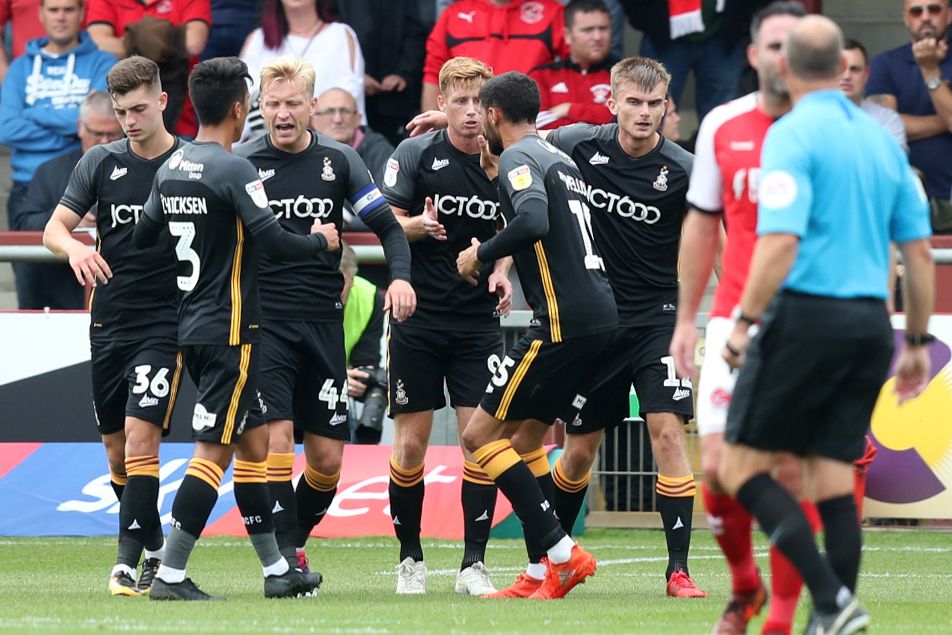 The experienced EFL striker is a new face at the Northern Commercials Stadium, after arriving in August for an undisclosed fee from Preston. The striker opened his account for the Bantams at the beginning of September away at Fleetwood and scored in the very next game against Blackpool on the road. Doyle has faced Rovers before during his stint at Oldham, scoring at the Mem back in September 2017. Doyle was rested for Bradford's midweek outing in the Checkatrade Trophy.