"Who's Who" book illustrating Rovers' history is available and on sale!

Blue and white quartered shirts can mean only one thing to any football supporter.

The iconic Bristol Rovers, once located beneath a motorway, exiled to another city and then back home, has been well served by so many talented players.

Everyone who represented the club in the Football League since World War Two is documented in detail in a newly published book Bristol Rovers Players Who’s Who 1946-2018.

From the unknown local to the celebrated World Cup winner, Alan Ball, from the halcyon days of the fifties, through the Smash and Grab era of Alan Warboys and Bruce Bannister to the more recent double promotion winning sides.

Rovers’ historians Stephen Byrne and Mike Jay have compiled eloquent biographies of every one, cataloguing details and anecdotes, photos and memories for every fan of this well respected oldest professional Bristol football club.

This A4 size, 336 page publication contains detailed biographies of the 667 players to have played for the club from 1946 in the Football League and Conference until the end of the 2017/18 season.

The book’s foreword is written by Rovers legend Harold Jarman who loyally served the Club as a player, youth team coach, reserve team manager, manager and scout for over four decades.

The book is also endorsed by the Chairman of the Bristol Rovers Formers Players Association.

There are also details of Rovers top 25 Football League appearance makers and the youngest and oldest Rovers debutants, goalscorers etc. plus a full Rovers Football League Players index providing details of all the 910 footballers to have played for the Club from 1920.

This self published book ISBN 9781527223714 by Mike Jay Publications is now available at £25 direct from him; eastvillegas@live.co.uk and from Bristol Rovers Club Shop at the Memorial Stadium.

The authors are prepared to offer a free signed copy to a season ticket holder over the months of October and November if they can answer the following questions.

October question: Name the last father and son for play for Rovers?

Please send your answers to eastvillegas@live.co.uk 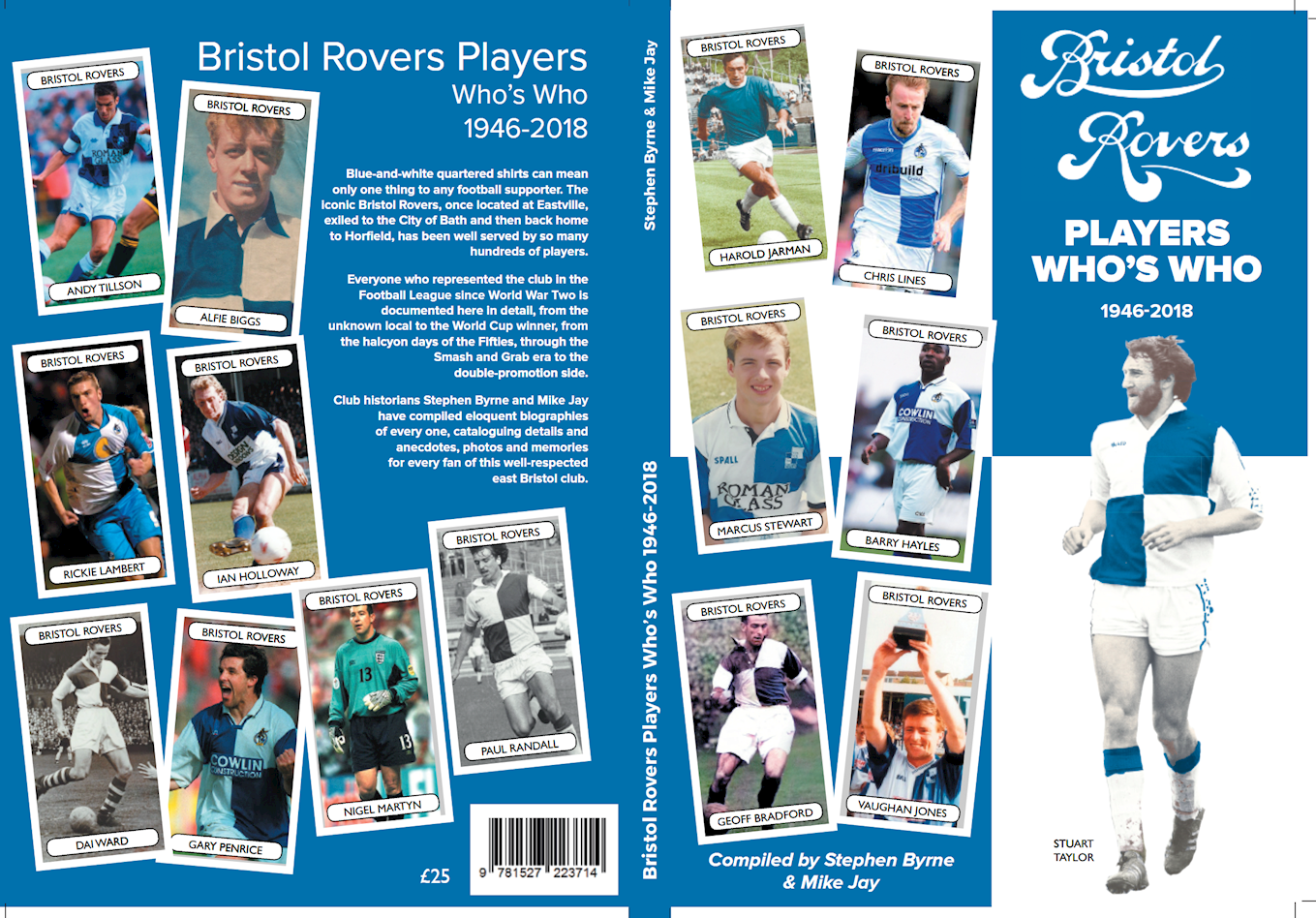