Rovers slipped to a narrow defeat away Barnsley on Saturday afternoon.

Alex Mowatt's early goal at Oakwell was all that separated the sides - as Rovers created a number of opportunities, but couldn't force an equalising goal.

Mowatt curled home the only goal of the game in the 11th minute, as Stefan Payne, Tom Lockyer and Ollie Clarke all mustered chances to restore the scoreline level.

The teamsheet included four changes to the side that overcame AFC Wimbledon in mid-week. The headline changes were the reintroduction of both Payne and Reilly in the Rovers attack, as Chris Lines was also named in the starting XI.

In the cold and blustery conditions inside Oakwell - it was the hosts that enjoyed the opportunity of the contest. A spell of possession outside the Rovers penalty area saw the ball worked to the feet of Brad Potts. The forward pounced on the chance to craft a shot towards goal, but James Clarke snuffed the danger out and was able to migrate across to deflect the ball wide for a corner.

There was half a chance from the resulting corner, as Cameron McGeehan peeled away from his marker and was able to glance a header towards goal that was claimed by Bonham.

A prolonged spell of possession lead to the hosts grabbing the first goal of the game in the 11th minute. Rovers managed to steer clear a ball into the area, but the rebound was recycled and feed into the path of Alex Mowatt. Taking a touch to set himself, Mowatt curled side-footed shot inside the far post that flew out the reach of the fully stretched Bonham.

Rovers responded to conceding the early goal with a decent series of half chances. A piercing pass from Chris Lines saw the midfielder perfectly spread the ball wide to Daniel Leadbitter - as the defender produced a driven cross into the area that didn't quite fall for the attacking duo of Reilly and Payne.

The opportunities kept arriving for Rovers, as a swinging cross from Ollie Clarke proved difficult for the Barnsley defence, with the ball almost falling for Liam Sercome to attack at the far-post. The midfielder opted to take a touch, but his path to goal soon became congested and the window for a shot on goal evaporated.

As the half-hour mark approached, a snapshot from Stefan Payne caused concern for Adam Davies in the Barnsley goal, as the 'keeper made a last-ditch save to tip the ball over the crossbar.

The smart shot on goal from the striker again sparked Rovers into life. The striker muscled his way to a loose ball in the Barnsley area to factor a one-on-one chance against Davies, as the goalkeeper made himself large to smothered the effort from the former Barnsley man. The move wasn't over for Rovers - as Chris Lines saw a fierce shot blocked soon after, while Tom Lockyer drifted a lobbed effort fractionally wide of goal after the defender spotted Davies stranded for position. 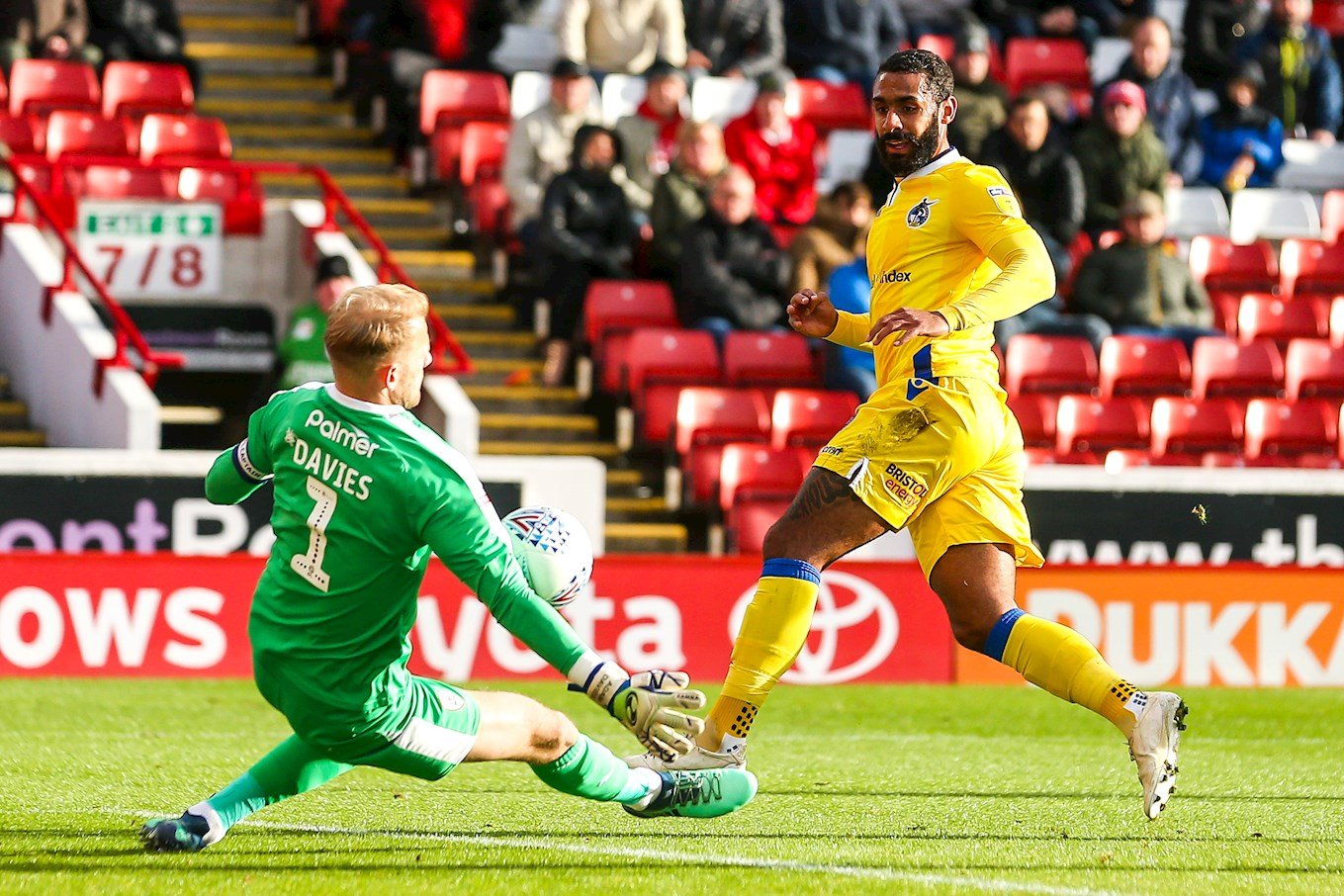 With half-time looming, both Ollie Clarke and Liam Sercombe saw efforts from outside the area flash high and wide of the goal as Rovers headed into the interval a goal behind, but with perhaps the more favourable share of the first half chances.

As the sides emerged for the second half, a free-kick from Chris Lines almost curled around the Barnsley wall, but a faint touch diverted the strike away from the target.

At the other end, a looping corner from the hosts tested the Rovers defence, as the ball pinballed around the Rovers penalty area before George Moncur forced an effort towards goal that was brilliantly stopped by the upright Bonham, as the goalkeeper used his frame to prevent the shot nestling home.

On the stroke of the hour - Manager Darrell Clarke made a triple chance in order to assist Rovers' quest for an equalising goal. From the bench, Sam Matthews, Alex Rodman and Kyle Bennett were all introduced with a large proportion of the game remaining.

Daniel Leadbitter, Ollie Clarke and Gavin Reilly left the field at their expense.

The substitutes were instantly involved, as a surging run forward to carry the ball from deep from Rodman allowed the winger to feed a through ball to Kyle Bennett, who glanced a delicate effort just off target from the edge of the Barnsley area.

While Rovers committed more men forward, the hosts looked to counter at any given opportunity. Michael Kelly sacrificed a booking for the team to thwart such a break in the final quarter of the contest - as the set-piece was thrashed onto the crossbar by Thiam, with Bonham remaining alert to make a close-range save from the rebound.

Inside the allotted four minutes of injury time, Rovers almost forced an opening as a chipped ball over the top fell to Sam Matthews, but the winger was flagged for offside and hosts saw on the final moments to protect their slender lead and confirm the victory. 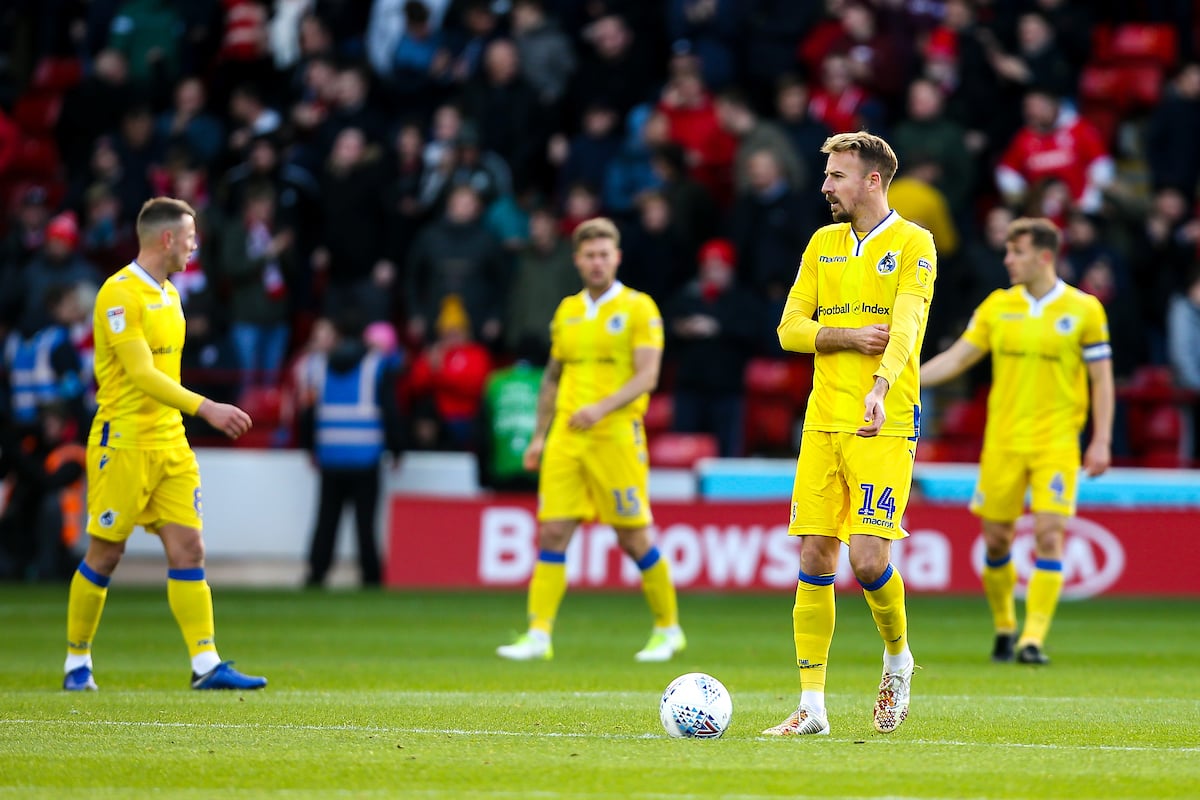