Rovers still could not find the oh-so-elusive goal in Sky Bet League One, as they did everything but score in a frantic second half against strugglers Oxford United on Saturday afternoon.

The visitors may have shaded a first half in which Jack Bonham was the busier of two goalkeepers, but following a pair of half-time substitutions, Rovers tore forward to create chance after chance in a pulsating second period. However, try as they might, they could not score the goal their post-interval dominance deserved.

In the end, a fifth straight league game elapsed without the Gas troubling the scorers, but this performance was surely the best of the bank quintet.

Still looking for the right combination of players to unlock defences, Rovers boss Darrell Clarke opted to recall Tom Nichols to partner Alex Jakubiak up front, who kept his place after a determined performance ploughing a lone furrow at Burton Albion the previous weekend.

Michael Kelly got a recall at left-back, with James Clarke joining Alex Rodman in dropping to the substitutes’ bench, as Darrell opted to play a diamond-shaped midfield quartet. Ed Upson sat as the deepest of the four, Liam Sercombe, against his former club, was at the offensive tip, with the indefatigable Stuart Sinclair and Ollie Clarke as the engine room runners.

Oxford employed a system closely resembling 4-3-3, with wide forwards Gavin Whyte and Marcus Browne sandwiching Jamie Mackie as the central striker. An intriguing narrative to the game would be whether full-backs Kelly and Joe Partington would be able to act as Rovers’ prescribed width and make Whyte and Browne earn their crust.

The first early talking points were Mackie, far from the toast of Bristol, making a lot of a collision with Tony Craig; in fact, making a whole meal of it. Mackie engaged in a running discussion with referee Tom Nield, who in no certain terms told the former QPR frontman to cut out the theatrics, post haste.

Fifteen minutes had elapsed with little action other than Kelly’s shot being blocked after the Scotsman had run the ball a little wide, and that Mackie and Craig were involved again. This time, contrary to the first ‘incident’ which was existed only in Mackie’s head, Craig did instigate contact on Mackie as the Oxford striker tried to close down a pass back to Jack Bonham. The referee quickly acted to award a free-kick to Oxford and show Craig a yellow card. Some inside The Mem feared the colour would be more severe.

Oxford were edging the opening exchanges, and Browne’s hot-knife-through-butter incursion from left the flank ended with a smart save by Bonham to keep parity.

In a staccato game full of free-kicks, Rovers finally got a couple of their own, with the second allowing Upson a chance to deliver into the area. He did and found an unmarked Nichols, but the forward could only direct his header over the bar. 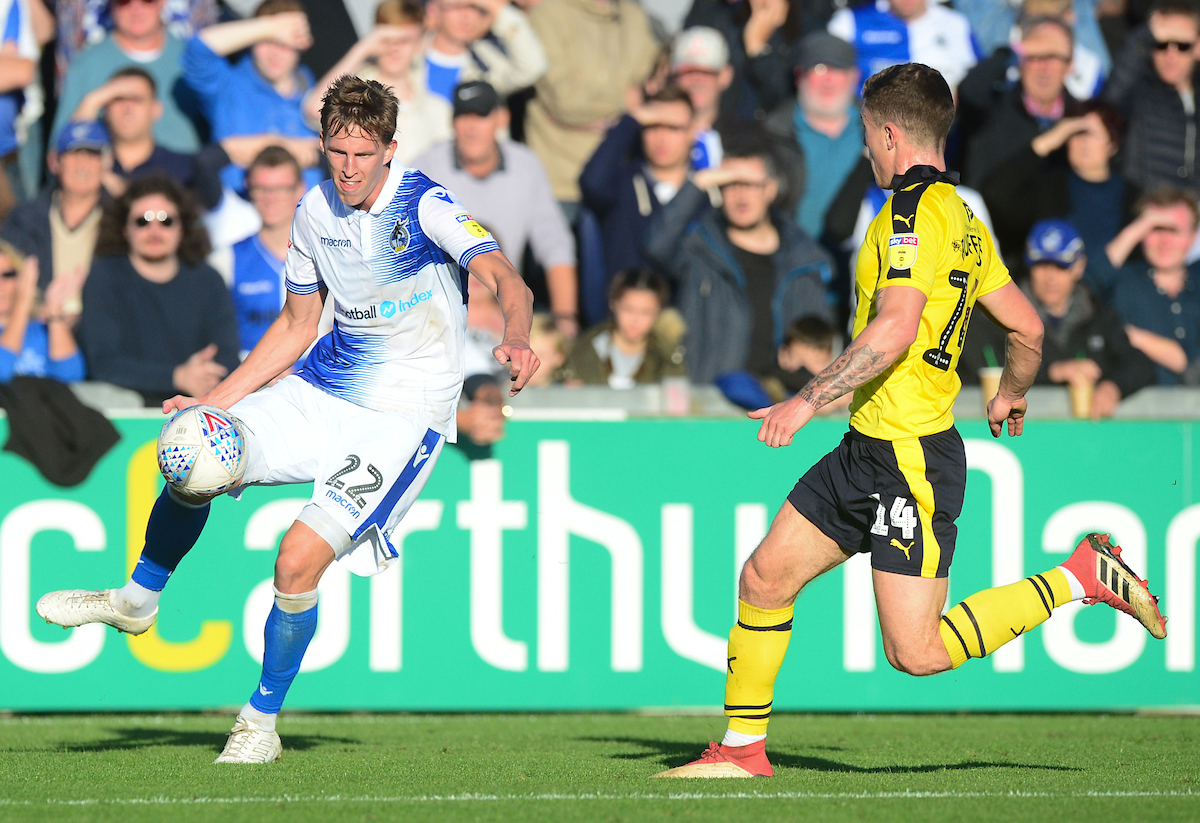 Upson tried his luck himself shortly afterward, turning well in midfield and benefiting from a good advantage played, then shooting just wide from 20 yards. Oxford keeper Simon Eastwood was yet to be troubled.

Nichols went down from an innocuous collision after some patient Rovers build-up play, but Mr Nield was unimpressed. So in turn, were the Rovers’ faithful in response when play was stopped for treatment to Browne. Just after the half-hour mark we had no goals, but plenty of niggle.

The best chance of the first half fell to the visitors on 35 minutes, with Tony McMahon’s excellent right-flank delivery bouncing about and falling at the feet of Shandon Baptiste. It looked as though all the United midfielder had to do was beat Bonham, and he did, but he reckoned without skipper Tom Lockyer, who covered round and cleared brilliantly off the line.

Shortly after, Baptiste won a free-kick on the left touchline, and drew derision for receiving treatment – probably not for the injury, but for the referee allowing the trainers on, when Baptiste was already off the pitch. McMahon swung in another dangerous delivery, which Curtis Nelson headed against the post, and Sinclair scrambled to charge down any possible follow-up.

It was Baptiste’s last action; his injury forced Oxford to replace him with Samir Carruthers. There was still time for Jakubiak to be booked for Rovers, taking the total to five at this point, following Craig and Sercombe for the Gas, and Oxford’s Mackie and Brown.

Mackie was booked – quelle surprise – for a pull back on a retreating Craig. Their personal two-falls-to-a-finish was now nicely poised at one apiece.

Five minutes injury time indicated the nature of the stoppages that littered the first period, and during said injury time James Henry brought Bonham into action again, the Rovers goalkeeper making a smart save low to his right.

An Ollie Clarke daisycutter from a direct free-kick was goalwards, but Eastwood’s, and immediately it was onwards to half-time.

During the interval, Kyle Bennett and Sam Matthews had their warm-ups activity curtailed, and they were soon taking their place in the second half side, at the expense of Ollie Clarke and Jakubiak.

That spelled the end of the diamond shape, with Matthews and Bennett being employed as wingers either side of Nichols, and Sercombe reverting to a midfield berth with Sinclair and Upson.

The switches seemed to pay instant dividends, Bennett first twisted and turned his way down the outside left before a cross that found no-one, and then followed this with a cut inside following Upson’s hard work, to hit a deflected shot wide.

On the right flank, Partington’s overhit cross looped and hit the crossbar before escaping the pitch, eliciting an ‘ooh’ from a rejuvenated Mem crowd.

Their fervour leapt a further notch when Sinclair nearly wriggled on to a Kelly cutback, then Bennett forced Eastwood into a simple, but vital, save. Bennett then ran at a rapidly retreating Oxford backline, and feeding Nichols, who poked not far wide.

Surely it was coming…Upson to Partington, who volleyed a fantastic cross first time into the area. It reached Nichols, who shot instinctively, and saw his effort deflected against the underside of the crossbar. The rebound looked set for Sinclair, but would not fall, and his desperate shot was charged down. Partington picked up the loose one and shot on target, but Eastwood fell on the ball and grasped it gratefully like it was his boyhood bedtime bear.

How often, after the best chance of the game goes astray, does the killer goal come at the other end? As James Henry drew back his right foot, in space on the edge of the area, it looked like the inevitable response, but Craig’s block was so good he celebrated it, and so did nearly 8,000 grateful Gasheads.

With a dozen hot-air balloons skimming low across the South Bristol skyline, our own city’s version of dreaming spires bathed in autumn sunshine, back came Rovers, burners on, with Bennett sliding Nichols in, the forward cutting inside past a defender, but allowing Eastwood to close him down and make the block.

Rovers kept the chances coming, but the ferocity of them naturally dwindled. Upson scuffed one on target, Sercombe dragged one wide. Darrell Clarke brought on Stefan Payne after Nichols took a knock in a bid to force something, but come it would not. 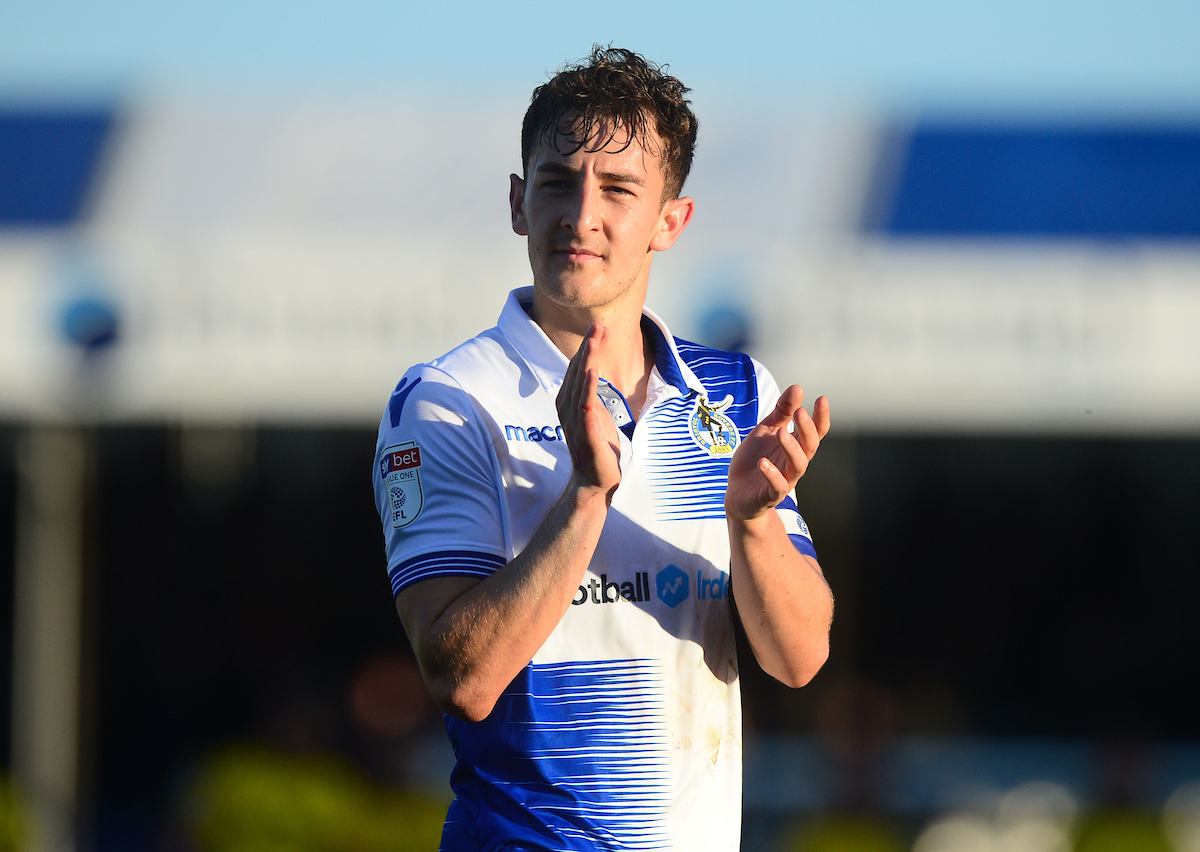