Rovers welcome Oxford United to the Mem on Saturday afternoon, with just a point separating the two sides in the SkyBet League One table.

It was more late heartache for Rovers last time out, as they suffered their second stoppage time blow in the space of seven days, losing it late away to Burton Albion just under a week ago.

Despite defeat in their last two, Rovers' have been defensively sound of late, conceding just three goals in their last seven games in all competitions.

However, it's at the other end where the trouble has been; Darrell Clarke's men haven't been able to score in their last four league games, although they did put two past Yeovil Town in the Checkatrade Trophy 10 days ago.

Rovers also beat Coventry City 3-1 at the Mem towards the end of last month, so can take encouragement and reassurance that this side is capable of finding the back of the net; something that was done on a regular basis last season.

Gaffer's view: Darrell routinely spoke to the media on Thursday afternoon and was under no illusions of the importance of Saturday's game.

Parts' view: Joe Partington joined his Manager on press duties and echoed much of what the Gaffer had to say.

Opposition: Similarly to Rovers, Oxford haven't endured the greatest start to their season and only Plymouth Argyle currently separates them from the very foot of the table. Despite their struggles, they did manage their second league victory of the season last weekend, defeating 10-man Arygle 2-0 at the Kassam Stadium. Their only other league triumph also came against 10-men, a 3-1 win at home to Burton in late August. They tend to fare better in front of their home support and are yet to record a league victory away from the Kassam this campaign.

Last Time We Met: The most recent installment of this fixture produced one of the more memorable 2017/18 away days for Rovers fans, a thoroughly enjoyable 2-1 win in Oxfordshire in February this year. Things didn't get off to the best of starts that day, as the hosts took the lead after just two minutes through Joe Rothwell, which would be the only goal of the first half. Rovers came out after the break and began asking more questions of United and found a way through just before the 70th-minute mark, as Kyle Bennett netted his first goal for the club with a deflected strike just inside the area. The visitors continued to press for another and got it in the 80th minute as Ollie Clarke chipped a delightful ball into the box for Ellis Harrison, who showed great composure to volley home and claim all three points for the Gas. 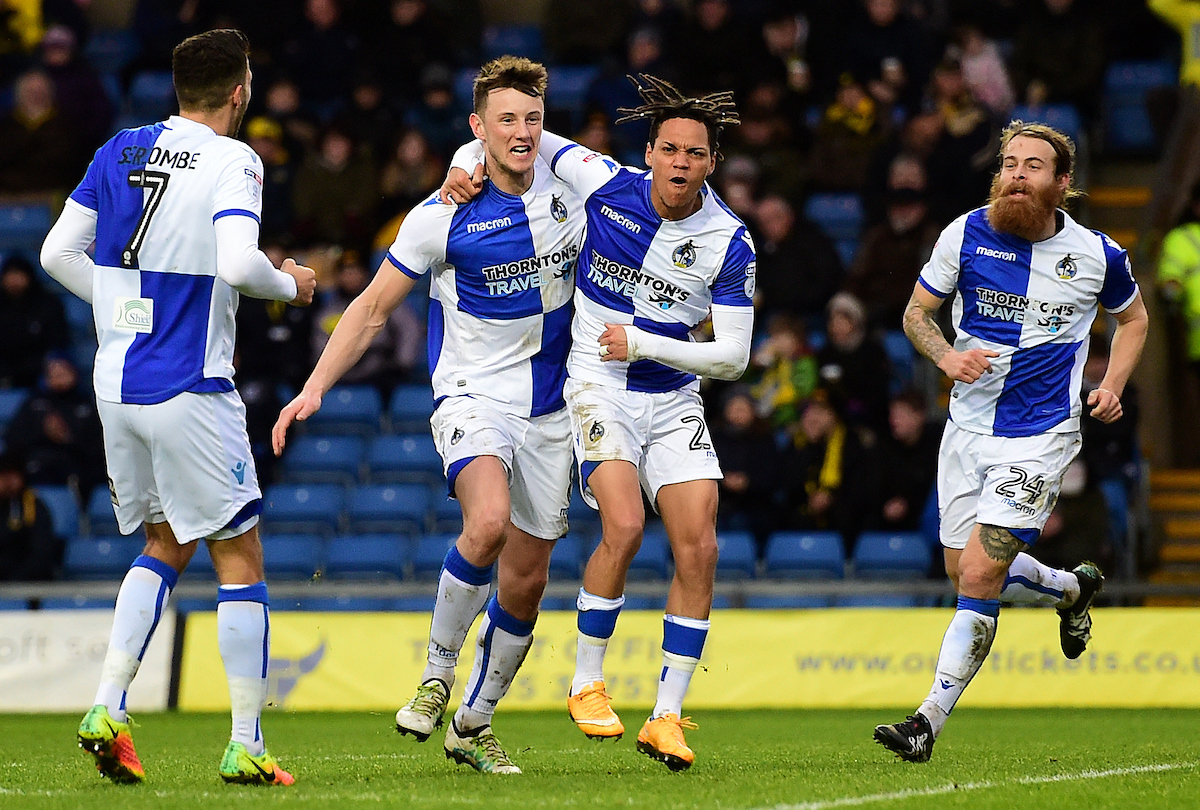 Tickets: There is availability on the day, but we do advise fans to purchase in advance to avoid queues. Online tickets can be purchased up until midnight on Friday, 19th October. To buy online click HERE.

Keeping Up With The Game: As usual, we will have updates throughout the game on social media. If you can't make it to the Mem on Saturday, supporters based abroad will be able to watch the game on iFollow. For more information about iFollow - please click HERE.