Rovers were dealt their second stoppage time blow in the space of a week, as Burton Albion clinched all three points with a 91st-minute winner on Saturday afternoon.

The first half was evenly contested and perhaps the closest the game came to a goal was when Kyle McFadzean demanded a superb save from Jack Bonham with a powerful shot from distance.

The Brewers struck the post through Will Miller in the second half and Alex Jakubiak almost got in behind the onrushing keeper but for his heavy touch, however Burton stole it at the death when substitute Ben Fox swept home from close in amidst a goalmouth scramble.

The Gaffer made five changes from the side that beat Yeovil Town in the Checkatrade Trophy in midweek; Tom Lockyer returned following his head injury and Tuesday night's goalscorers Alex Rodman and Jakubiak earned themselves starts.

Joe Partington and Tony Craig also came back into the side after being rested four days prior.

Both sides tussled for the upper hand in the opening 10 minutes despite no real chances on goal bar one, only a handful of robust challenges in the middle of the park in what was already looking like a well-contested game.

That notable chance in the opening exchanges came in the 9th minute when Rodman did superbly to charge down a defender's clearance to win possession and float a decent cross into the box, that Ollie Clarke was inches away from connecting with.

Albion came close themselves not long after when Damien McCrory picked off Liam Sercombe's short pass 30-yards out before driving a decent low strike towards Bonham's left corner, but the on-loan stopper did well to turn it around the post.

The hosts had another decent opportunity a few minutes later, with a good cross delivered but falling to the smallest man on the pitch, Jamie Allen whose free header ended up skipping off the surface and harmlessly wide.

Lockyer picked up the game's first yellow just past the hour mark amidst a spell of pressure from Burton, with the skipper judged to have deliberately handled the ball.

Stuart Sinclair was spared some blushes when his loose pass was pounced on by Lucas Akins, but the Burton forward replicated in similar fashion with a poor touch that allowed Tony Craig in to clear the danger.

Bonham has come to the rescue on many occasions for Rovers since signing in August and did so again with little over five minutes of the first half left, leaping athletically to his right to deny a thunderous, accurate strike from range by McFadzean.

The Gas thought they had taken the lead just before the interval, with Rodman nodding on Upson's corner to Craig who scuffed a shot goalwards on his weaker right that was turned in by O.Clarke from close range, but the linesman had raised his flag and both sides went into the break level. 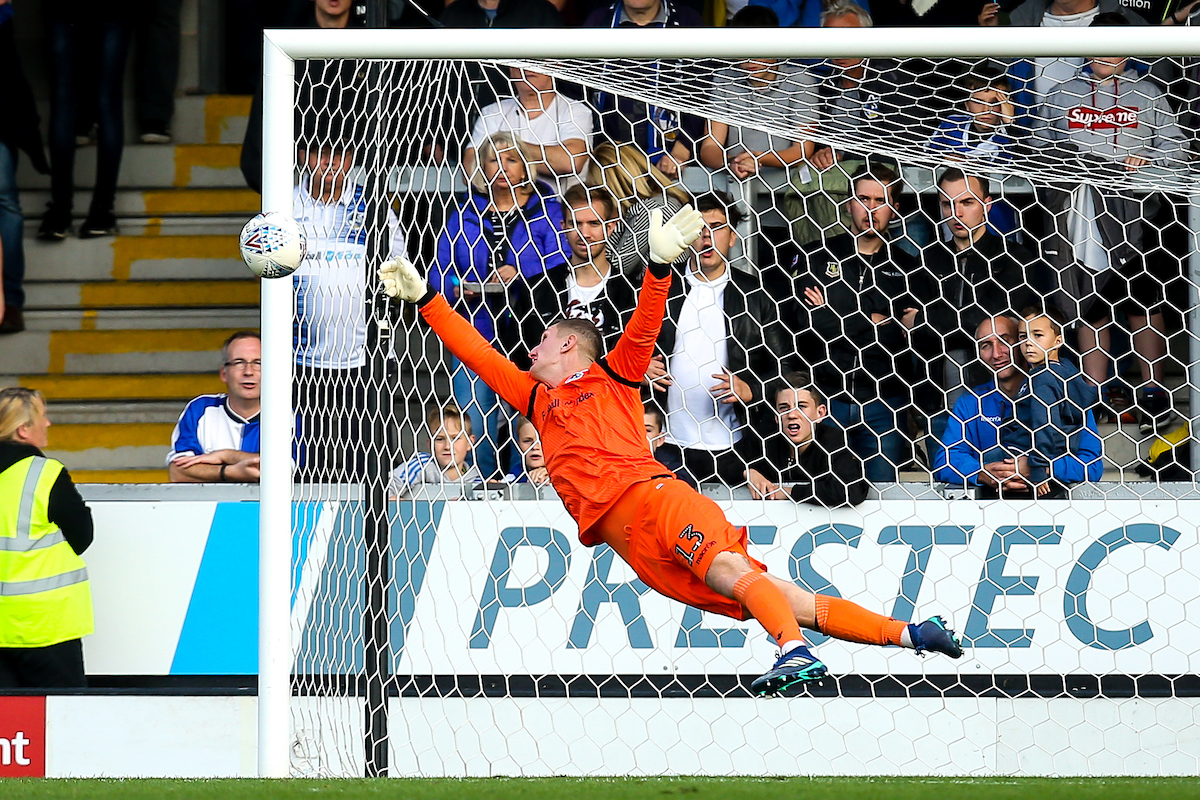 Jakubiak had been short of service during the first half but was involved early on in the second period, initially having a shot from outside the box deflect into the keeper's palms, before losing out on the rub of the green with an offside flag as he looked to race through one-on-one from Lockyer's clipped pass.

The game was still in the balance and Southampton loanee Jake Hesketh came close just past the hour mark for the Brewers, firing a low shot from outside the box not too far wide of the post - it looked as though Bonham might have got a hand to it but a goal kick was awarded with little protest from the hosts.

On the 66th minute, Darrell Clarke made his first change of the game, as Sam Matthews joined the action in place of Sercombe.

Burton had also made their first change 10 minutes prior, as Ben Fox entered the fold and had a decent change shortly after Matthew's introduction, but had his shot charged down well by Lockyer inside the box.

As we entered the final 20 minutes with the scores still level, Rovers made their second substitution as Michael Kelly replaced Partington.

Two minutes later almost the entire Pirelli Stadium were on their feet and on the brink of celebration, as the ball made its way out to Miller on the left who checked in on his right and fired a great strike at goal that looked good enough, only for the ball to bounce back off the post much to Rovers' relief. 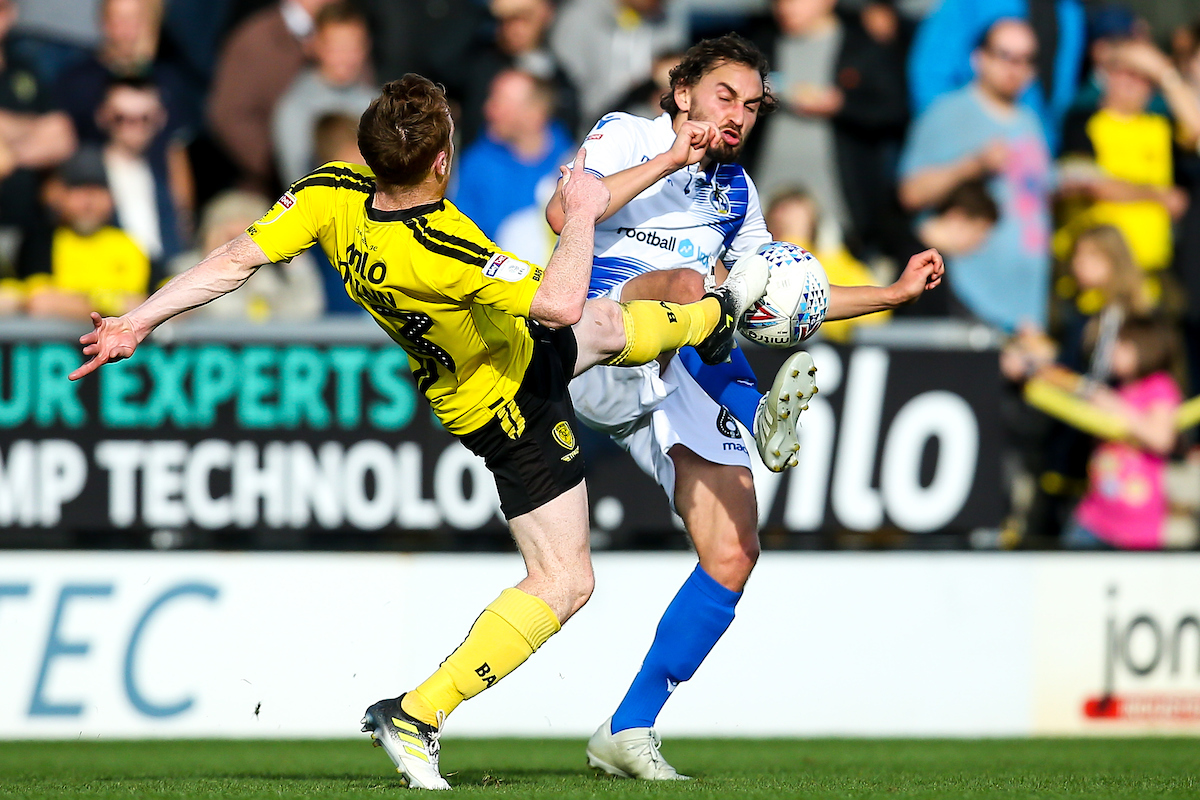 O.Clarke had been culpable for a number of fouls in the game and was booked on 74 minutes for sything Hesketh down 25-yards from goal - in a period in which Burton were enjoying a spell dominance.

In an attempt to push the tide the other way, D.Clarke brought on Gavin Reilly for Rodman to offer support up top for Jakubiak.

The change looked to pay dividends as Rovers were seeing more of the ball in the final third and Jakubiak subsequently received the support he required, as Kelly almost found him at near post but the on-loan frontman couldn't quite connect and get a shot away.

as we entered the closing 10 minutes, Bonham needed a little help from the crossbar to prevent McFadzean's looping shot from going in and the rebound fell very kindly to Akins from point blank but the striker headed straight into Bonham's grateful hands.

Kelly continued to offer an outlet down the left and was found by Matthews before skillfully skipping past his man and firing a decent shot at goal, but it was always rising and cleared the bar.

Jakubiak had a golden chance to notch a winner when he pounced on Stephen Quinn's mistake and went one-on-one with Dimitar Evtimov, but the 22-year old tried to round the stopper and his touch was too heavy and left himself with no angle for a shot.

Rovers looked to be heading for their third successive away point and clean sheet, but had their hearts broken at the death for the second time in seven days, when substitute Fox pounced on a loose ball close in. 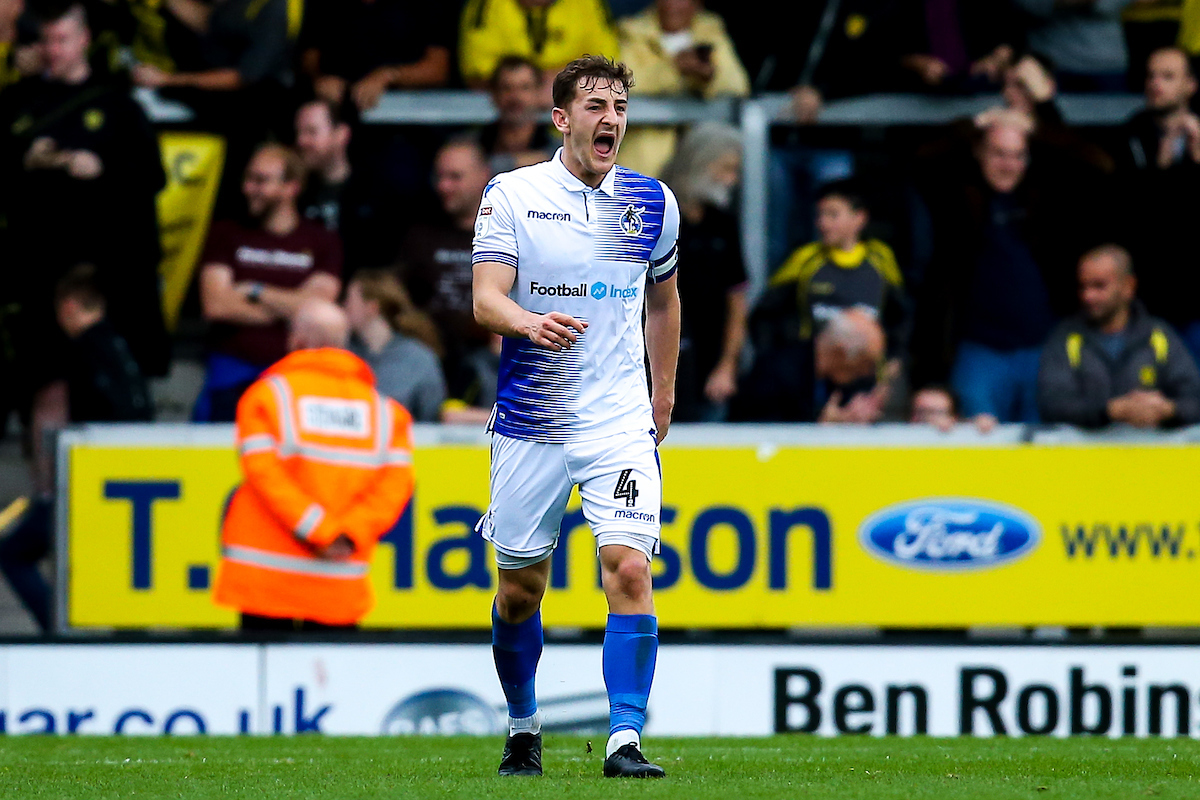