Rovers put an end to their woes on the road in style on Saturday afternoon as they fired three past Blackpool to inflict only their second home defeat of the season.

Despite heading into the break at 0-0 as they have done so often this term, Rovers shifted gear in the second half as Ollie Clarke opened the scoring with a powerful strike three minutes after the interval, followed up by the sweetest of top corner volleys from the unlikely Tony Craig, before being rounded off by O.Clarke; a superb move and run by the midfielder setting him to poke the ball home.

Heading into the game, Manager Darrell Clarke made just two changes to the side that played at Barnsley last week, with Tom Nichols joining Stefan Payne up front and Ed Upson taking Chris Lines' midfield spot.

Prior to kick-off, a minutes silence was impeccably observed by all inside Bloomfield Road, as we paid tribute to the men and women who have lost their lives fighting for their country and those who tragically died at last weekend's terrible events at Leicester City. 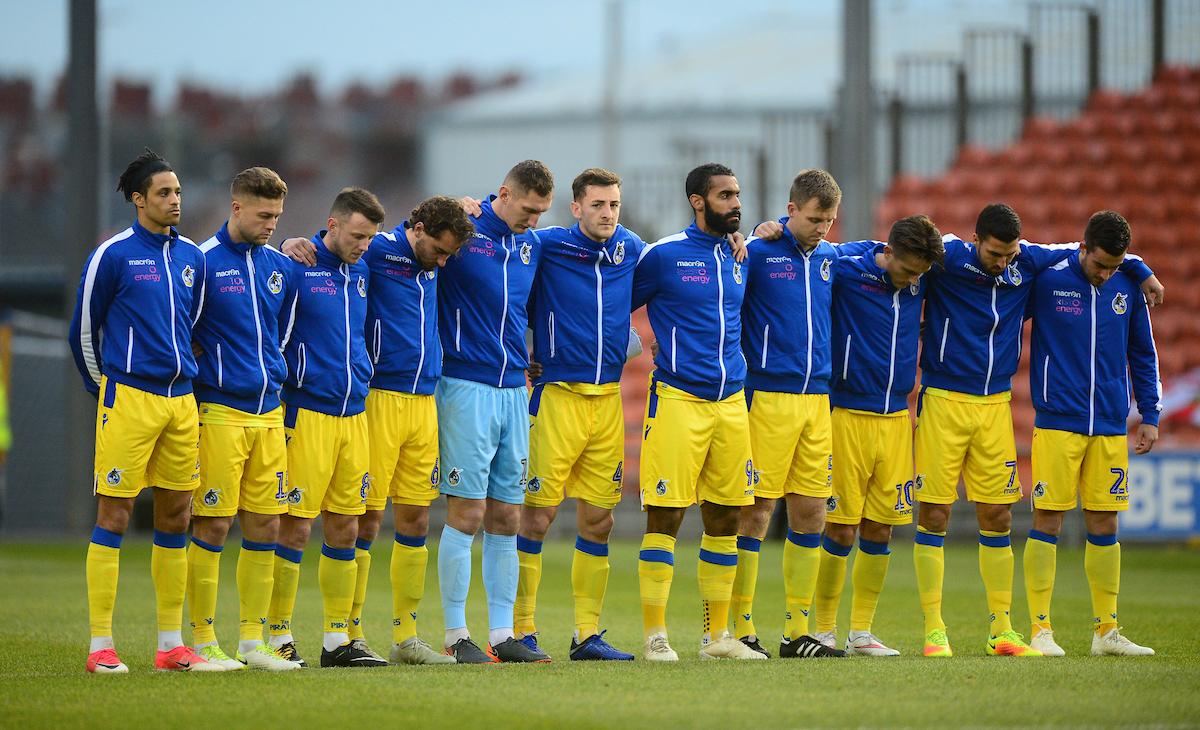 With Blackpool perhaps a bit leggy from their Carabao Cup ventures at Arsenal in midweek and Rovers keen to keep things tight from the start, the opening five minutes offered little in the way of action.

Nathan Delfouneso showed a flash of what he can do when he wriggled free of Liam Sercombe down the right before whipping in a menacing cross to the back post which required a smart clearance James Clarke.

Not soon after Rovers put together a decent move down the left, with Upson combining with Michael Kelly and Sercombe as the latter found Payne who was really close to breaking the line of defence with a cute one-two off Nichols.

Past the 20 minute mark and the game was still lacking some genuine quality, with Rovers only moment of note being when Upson plucked a high ball out of the air 20-yards from goal before firing a decent volley just wide of the post.

Rovers then enjoyed a really positive 90 seconds or so in which they almost found the net on three occasions.

Firstly Sercombe drove forward to latch onto a Payne reverse pass and break towards the edge of the box before demanding a good save with a well-hit effort; the rebound fell to Leadbitter with the keeper still on the deck but the full-back's shot was charged down and went behind for a corner.

The resulting set-piece was met about eight yards out by a completely unmarked Tom Lockyer, whose frustrated reaction would have told you he should've done better than head over the bar.

Lockyer was involved again at a dead ball delivery, this time peeling away at the back post to head across goal with Nichols and Tony Craig lurking in the six-yard box but Blackpool did just enough to scramble it away.

Rovers were looking dangerous from set-pieces and J.Clarke was the latest to go close, with the defender racing to the near post to meet a corner but his glanced header skidded off the surface and just past the upright. 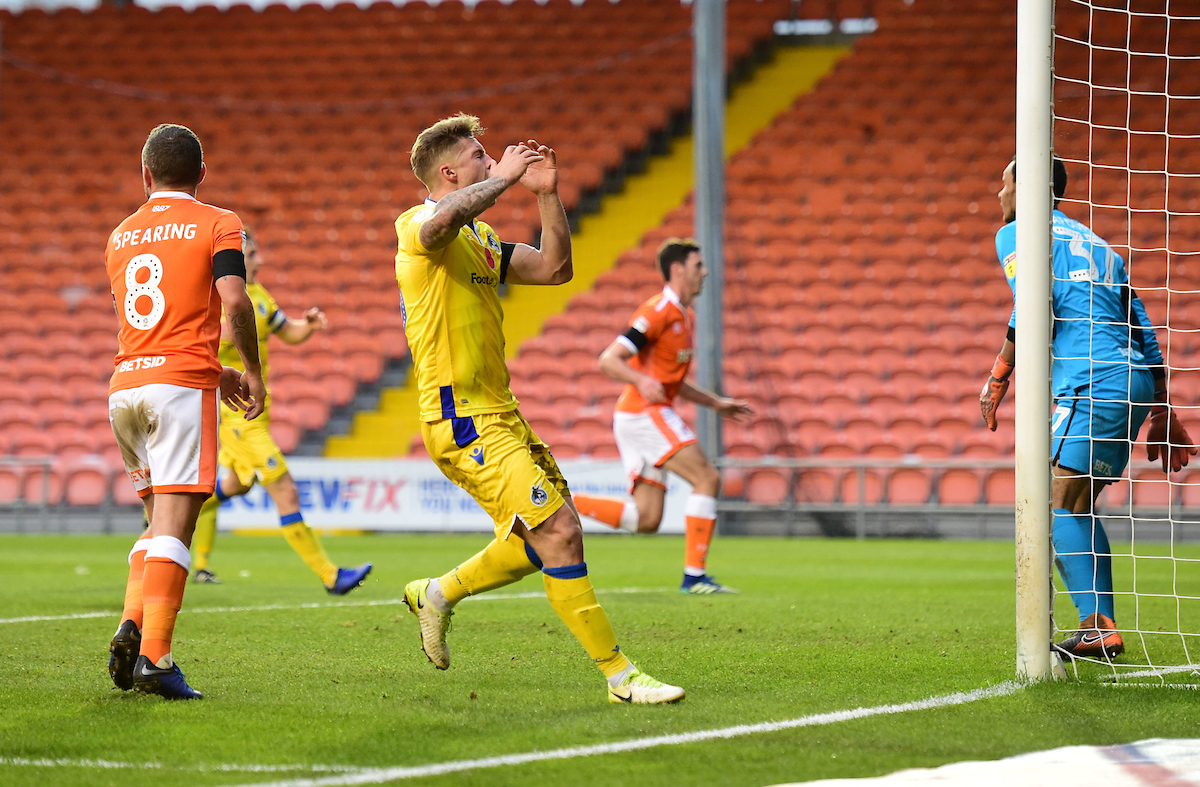 Jack Bonham has been in fine form since arriving at Rovers and demonstrated his ability again when he reacted sharply to deny Delfouneso from close range.

Kelly, who turned 21 on Saturday, seemed to be enjoying getting forward in a slightly more advanced wing-back role and went close when he controlled a ball on the half-volley then flashed a powerful strike a touch wide of the target.

Just three minutes after the break and Rovers broke their away goal curse to take the lead - Payne flicked a header onto Nichols who did superbly to flick the ball beyond the defence and to O.Clarke, the midfielder took a touch and fired at goal with his left foot and despite a strong hand from the keeper the shot proved too powerful and hit the back of the net, sending the traveling Gasheads behind the goal into jubilation. 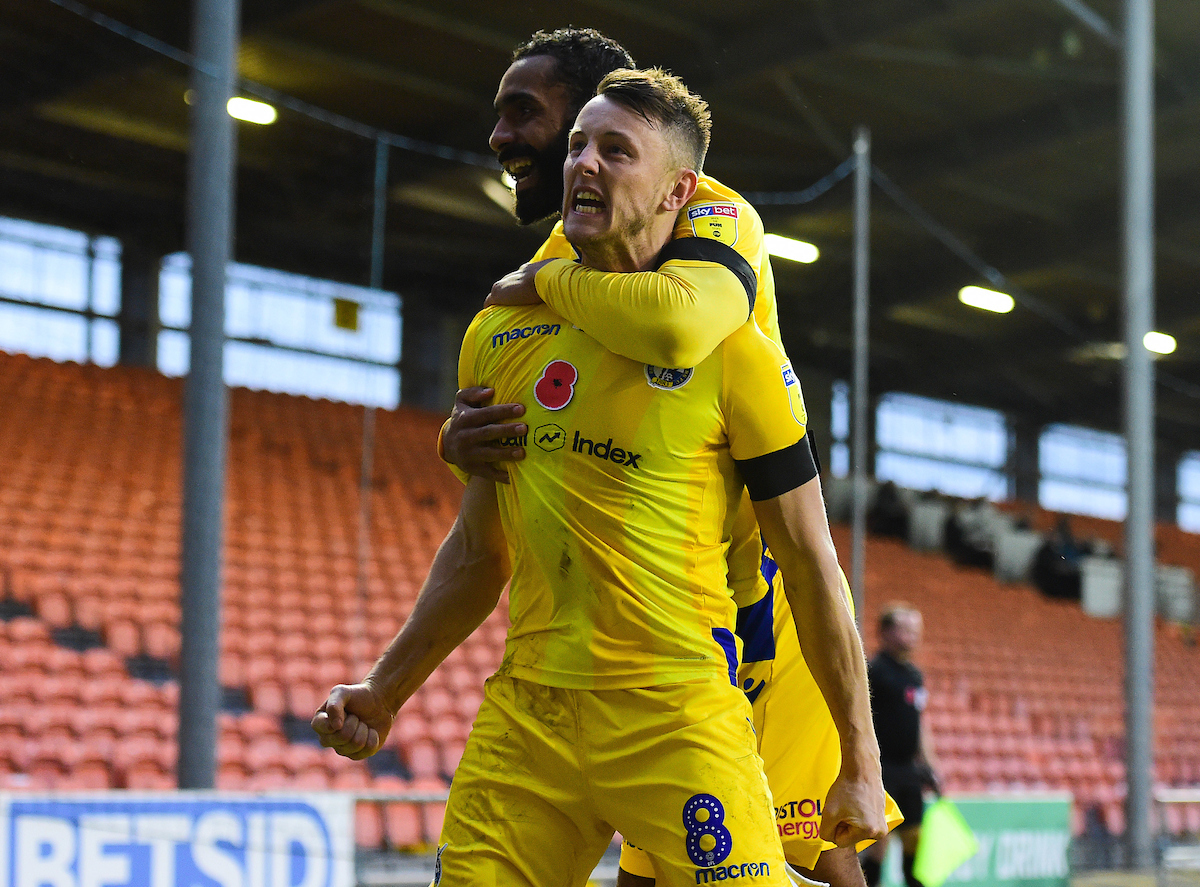 40 minutes of the game still remained in which Rovers were going to have to defend their lead and it was almost eradicated when Delfouneso met a corner at the near post and glanced a header just wide of the mark.

At the other end ex-Rovers left-back Marc Bola was caught napping by the rapid Leadbitter who pinched the ball off him high up from a Blackpool goal kick but couldn't find Payne with his cross, however he got another bite at the cherry and this time found Sercombe in the six-yard box but he was stifled by a defender as the ball deflected behind.

As we approached the final 20 minutes it would've been foolish to assume Bonham's day's work was over and the stopper again proved valuable when diving at the feet of Harry Pritchard who would've had the goal at his mercy if his touch was better.

D.Clarke made his first change of the afternoon, replacing Upson with Stuart Sinclair.

Craig had been solid all afternoon at the back, but his contributions didn't stop there when the centre-half scored an absolute beauty to double Rovers lead, rifling a volley right into the top corner from the left side of the box. 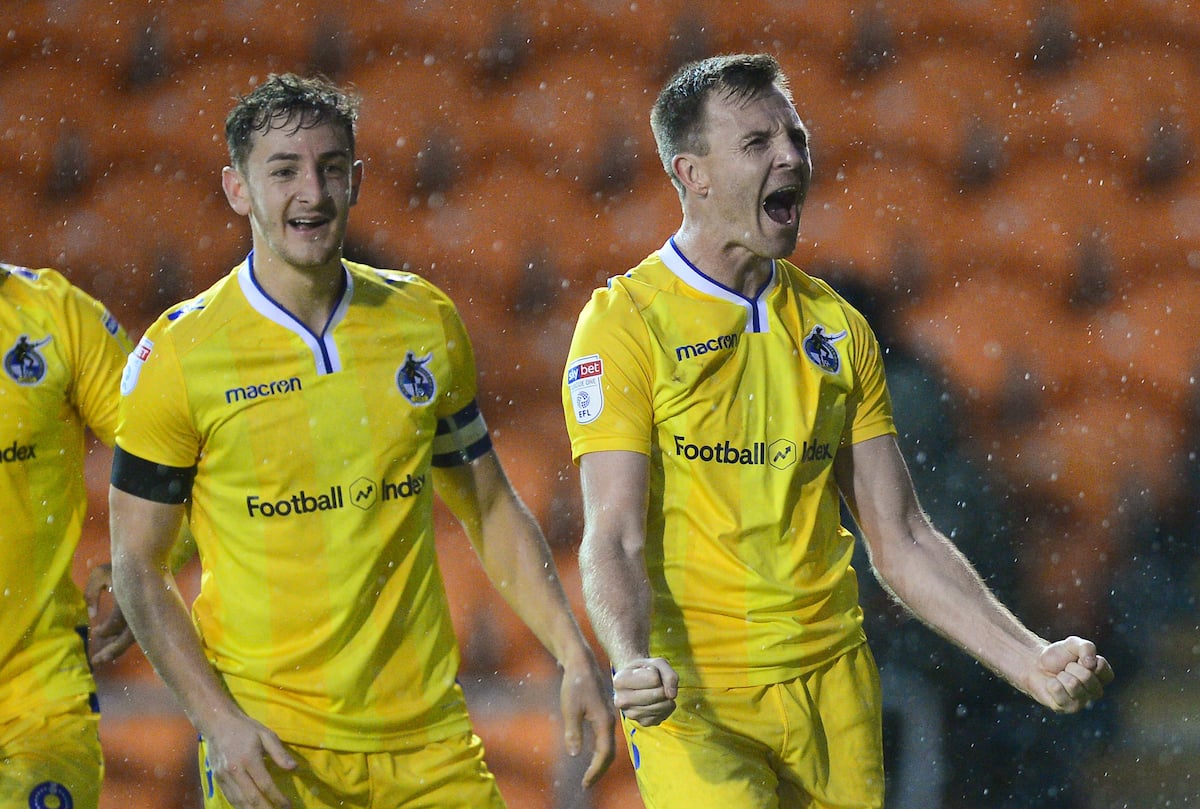 Rovers weren't stopping there and Sercombe went in search of his first goal of the season, dancing through some challenges on the edge of the box before hitting a low shot narrowly past the post.

Stop they didn't and with little over five minutes left on the clock, Rovers treated the 514 Rovers fans behind the goal to a third.

O.Clarke drove forward in a typical style before playing a one-two with Nichols, the midfielder kept going into the box and managed to stab the ball on the stretch past the keeper and into the bottom corner to round off an immense afternoon for the 26-year old.

A double change of Joe Martin and Alex Jakubiak for Kelly and Payne in stoppage time helped Rovers see the game out and claim a precious three points. 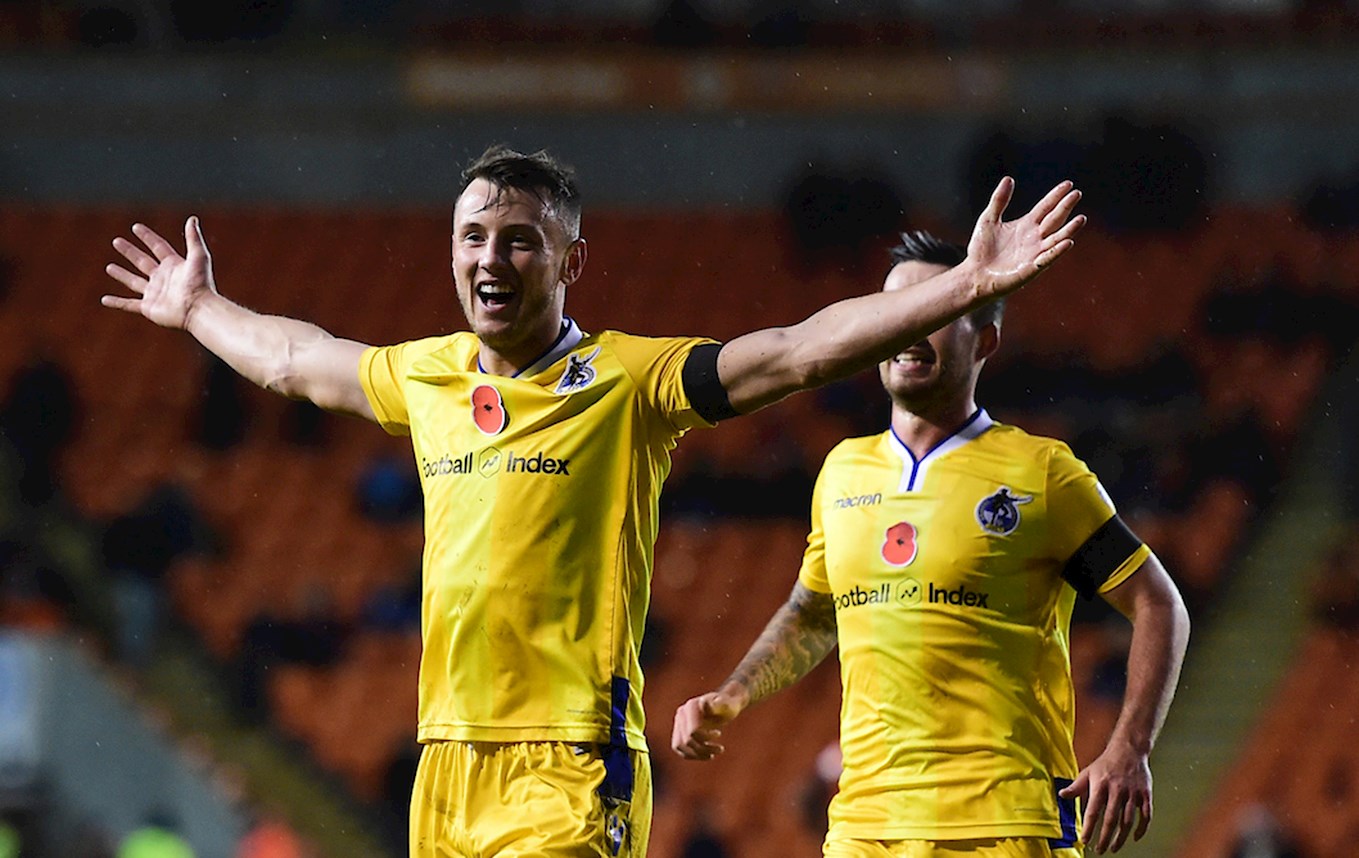