Rovers conceded the top-spot in Group D to Exeter City following a 2-0 defeat in the final group stage fixture the Checkatrade Trophy.

With a place in the next round of the competition guaranteed for both sides ahead of kick-off, the contest signalled a decider for the top spot in the group, with the winning side assured a home time in the round two of the competition in Friday’s draw.

In a controlled first half – it was Exeter that edged the best chances of opening stages. Adam Smith was called into action to make an impressive stop to deny Dara O’Shea from opening the scoring was a thundering header.

The deadlock was broken early in the second half by Exeter, as Jonathan Forte provided a close-range finish from Ogbene’s cross.

Fonte’s goal was added to late on by substitute Joel Randall– with the scoreline interjecting what was a positive evening for Rovers in terms of apperances, with no fewer than four first-team debuts.

In naming his side for the trip to St James' Park, Manager Darrell Clarke elected to list a youthful starting XI that included a string of both Development Squad and U18 players.

Academy scholar Zain Walker was the significant inclusion, as the 16-year-old winger was drafted into the starting XI and featured behind the attacking pair of Gavin Reilly and Alex Jakubiak.

Another debutant in the starting XI was Connor Jones, who impressed with a series of consistent performances for the Development Squad to earn his opportunity in the first-team.

After a fairly steady and uneventful opening ten minutes, it was the home side that registered the first opening of the contest. A tempting cross from the left by Archie Collins was met by a forceful header from Dara O’Shea. The close-range effort looked destined for the net, but a fine reaction stop from Adam Smith clawed the header away from goal.

O’Shea’s effort sparked a good spell of the game for Exeter – as Rollin Menayese was called upon to make a number of crucial blocks inside the Rovers area and a header at the far-post from Archie Collins drifted wide in what was a decent break for the hosts.

In possession, Rovers looked comfortable spreading play across the width of the expansive surface. On the break, Alex Jakubiak almost sparked an opening with a quick turn of pace, but his pass towards the onrushing duo of Zain Walker and Sam Matthews was picked up by the Exeter defence.

There was a glimmer of a chance for Rovers in the final moments of the first half, as Joe Partington was gifted the ball inside the final third. Partington delivered a driven cross into a crowded penalty area, as the ball edged away at the near post just ahead of the sliding Luke Russe, who was primed to deflect the ball into the net.

With no further chances – the encounter headed into the interval goalless, just as Rovers’ previous two fixtures in the competition had held the same scoreline at the half-time stage. 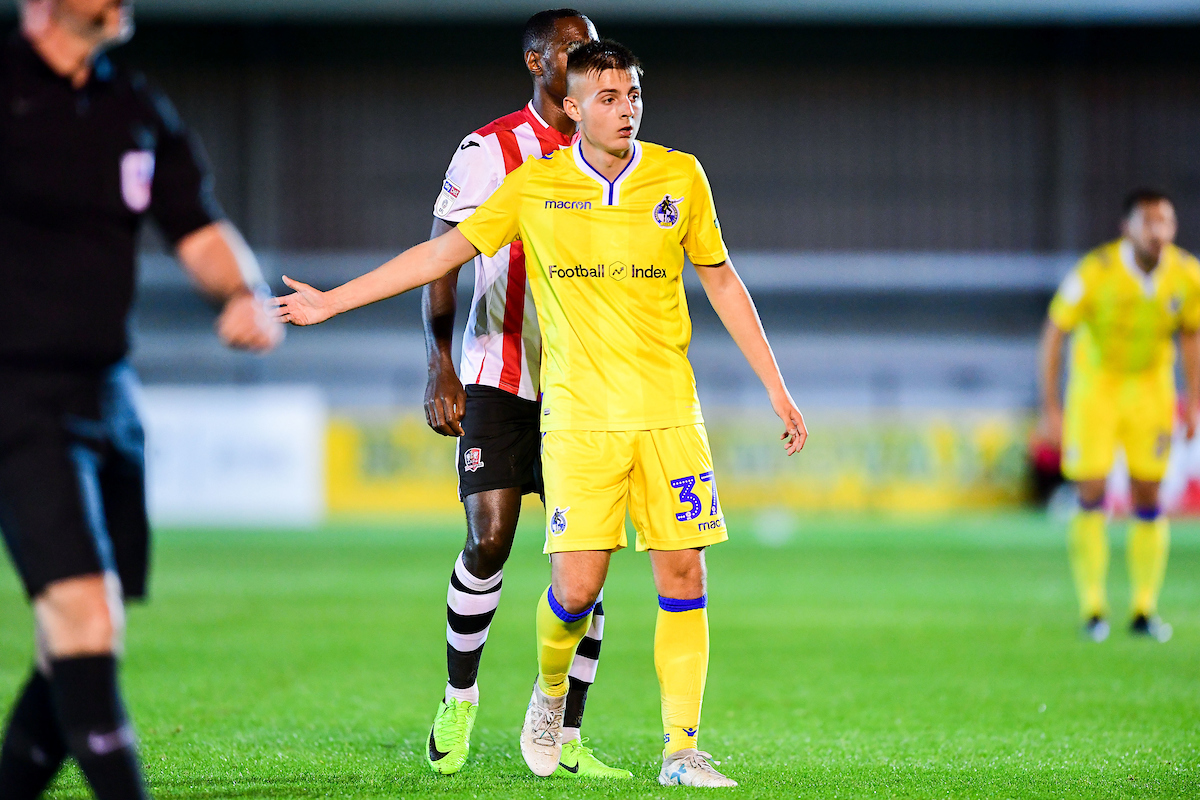 In the first few minutes of the second half, an early cross from Tristian Abrahams swung close to the Rovers goal, as Adam Smith remained alert to watch the ball into his grasp.

Not long after, Exeter registered the opening goal. A low cross delivered by  Chiedozie Ogbene was worked into a threatening location, as Jonathan Forte was on hand to poke the ball home.

The goal sparked a change from the bench, as Walker was replaced by Cameron Hargreaves, with the Development Squad midfielder looking to impress against his former side who he spent the majority of his early career with.

The substitute was immediately involved, as he was able to peel away from his marker to latch onto a deep cross to the far post – but scuffed his shot and the Exeter defence was able to deal with the threat.

Rovers continued to muster half-chances, as a looping cross clipped into the six-yard area by Hargreaves narrowly missed Luke Russe, who managed to get good height on his leap in his attempt to meet the cross.

Exeter did add the security of a second goal late on, as Joel Randall broke in behind the Rovers defence and slotted home a finished past the onrushing Adam Smith.

With a two-goal deficit to overcome, Luke Russe assembled a late chance to reduce Exeter’s lead, as the youngster steered a firmly struck effort towards goal from a tight angle that required Hanon to tip the effort over the crossbar. 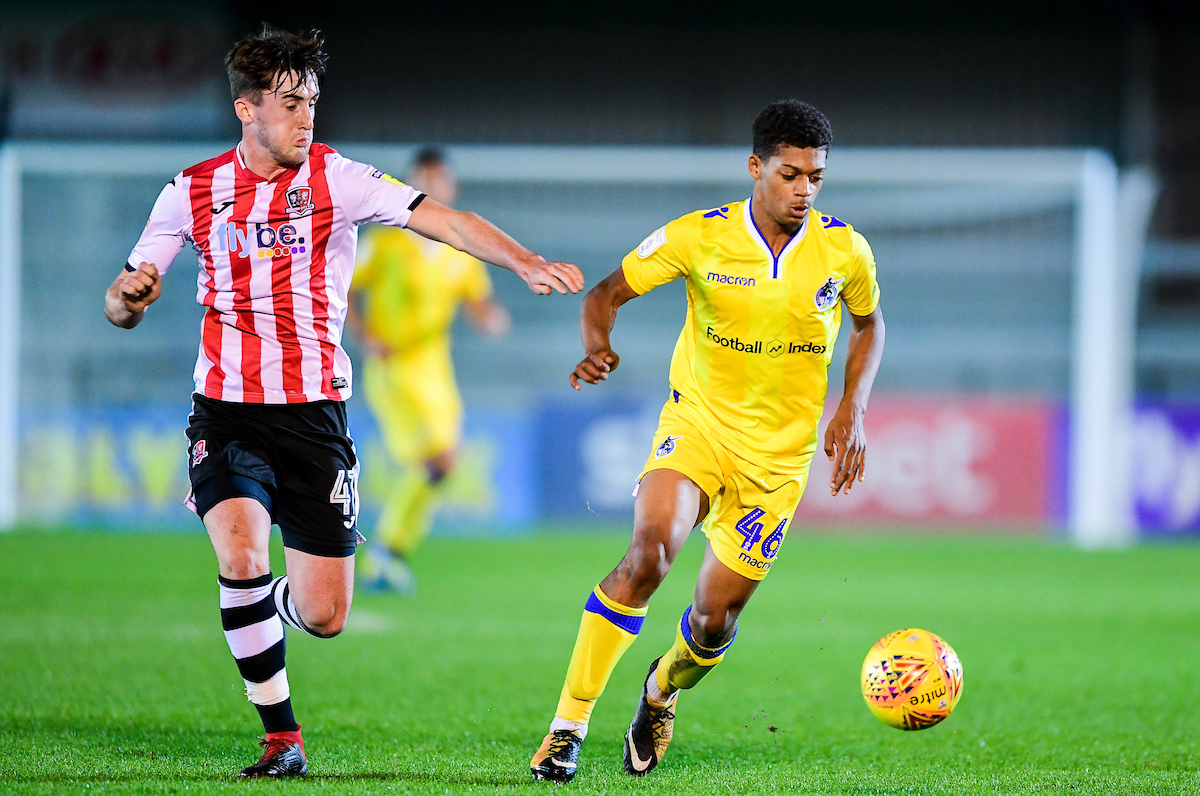