We kick-off the start of our season reviews with a look back at the opening month of the season.

Rovers began the SkyBet League One season away at Charlton, as over two-thousand Gasheads travelled to the Valley for the fixture in south London.

The game witnessed the first red card of the EFL season, as Lee Novak was dismissed for a challenge on Stuart Sinclair as the hosts were reduced to ten men. 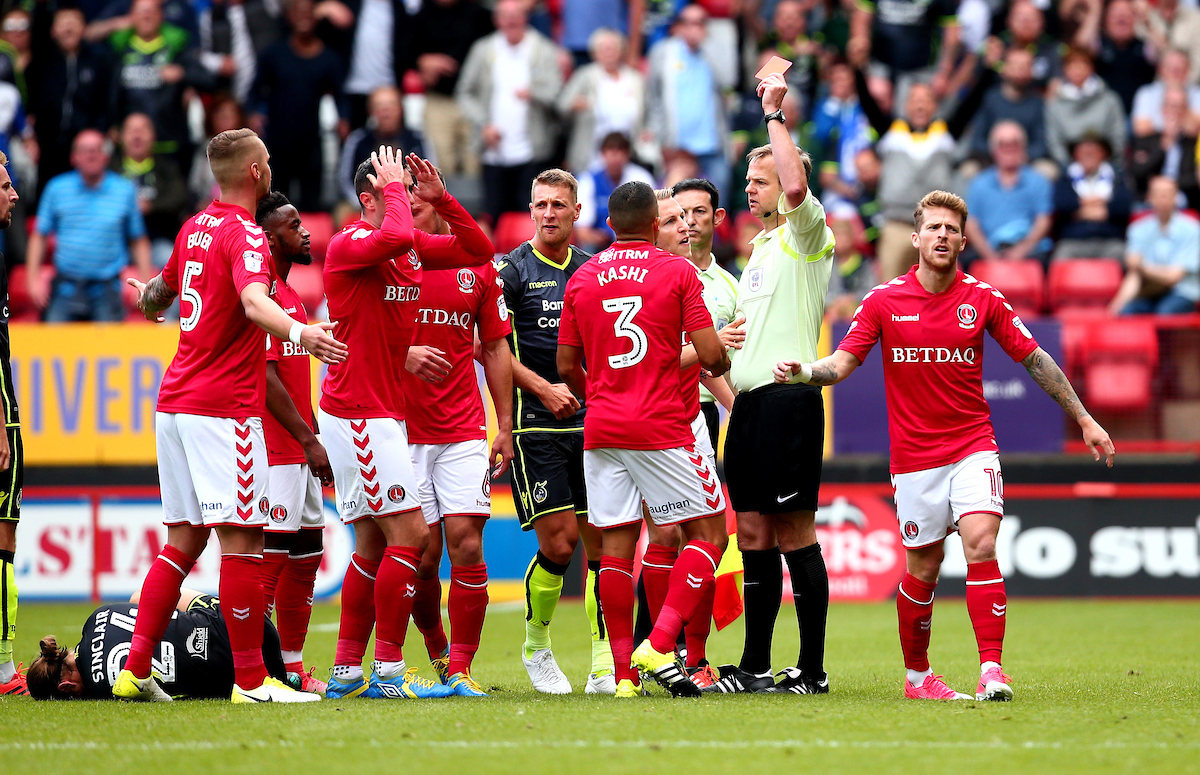 Four Rovers players made their debuts that afternoon, but Darrell Clarke's side fell to defeat in contentious circumstances, as Patrick Bauer's first-half header looked was given as a goal, after goalkeeper Adam Smith had made a save to push the effort onto the post, with the officials deeming that the ball had crossed the line.

It was cup action next for Rovers, as Cambridge visited the Mem in the newly named Carabao Cup. Rovers put on an entertaining performance to defeat the Skybet League Two side, as they scored four goals to book a place in the next round of the competition, the pick of the strikes coming from Liam Sercombe in the second half, a goal that would be awarded the accolade of goal of the season at the End of Season Awards dinner. 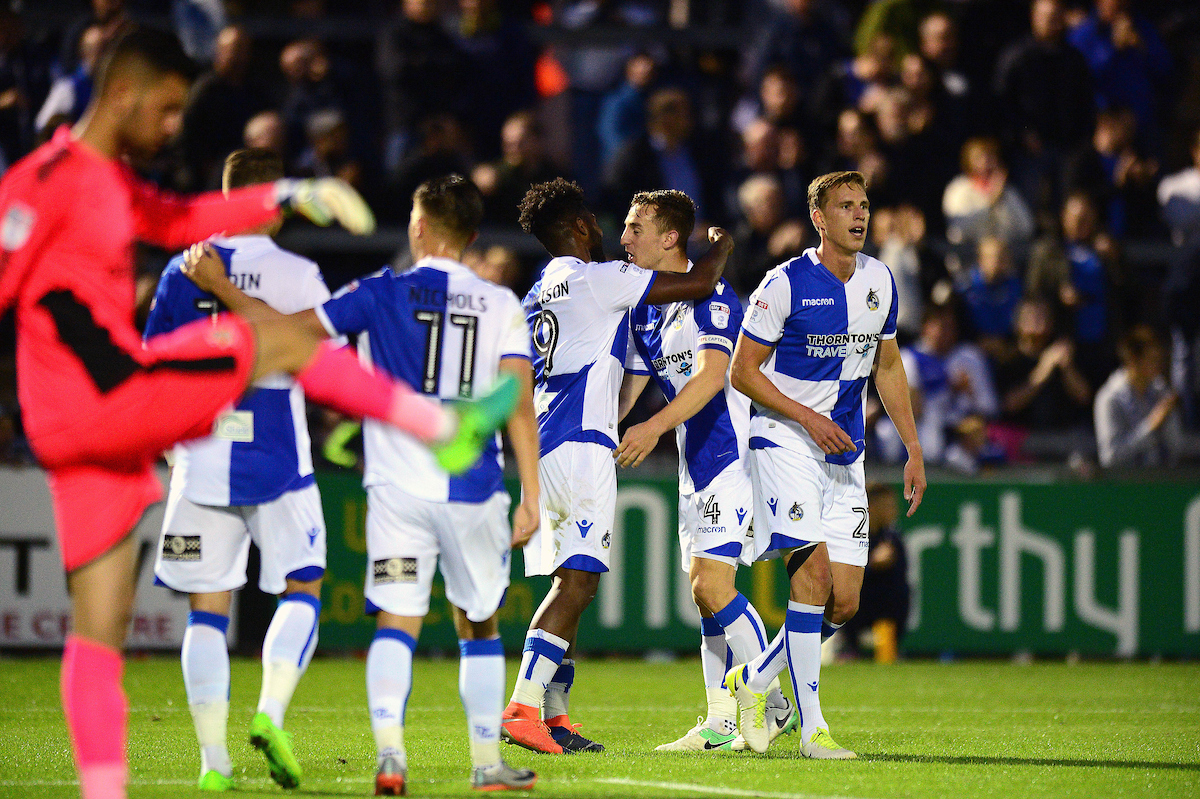 Back to league duties and Peterborough recorded a 4-1 win at the Mem, before Rovers made the journey to Manchester to face Bury. The game was goalless at the break, but the deadline was broken by an unlikely goalscorer, as Tom Lockyer headed Rovers ahead in what was his 200th appearance for the club. Rovers raced to a three-goal lead heading into the final minutes at Gigg Lane, but stoppage time goals from Nicky Ajose and Jermaine Beckford led to a tense period ahead of the final whistle, with Rovers seeing out the game to hold on to the three points. 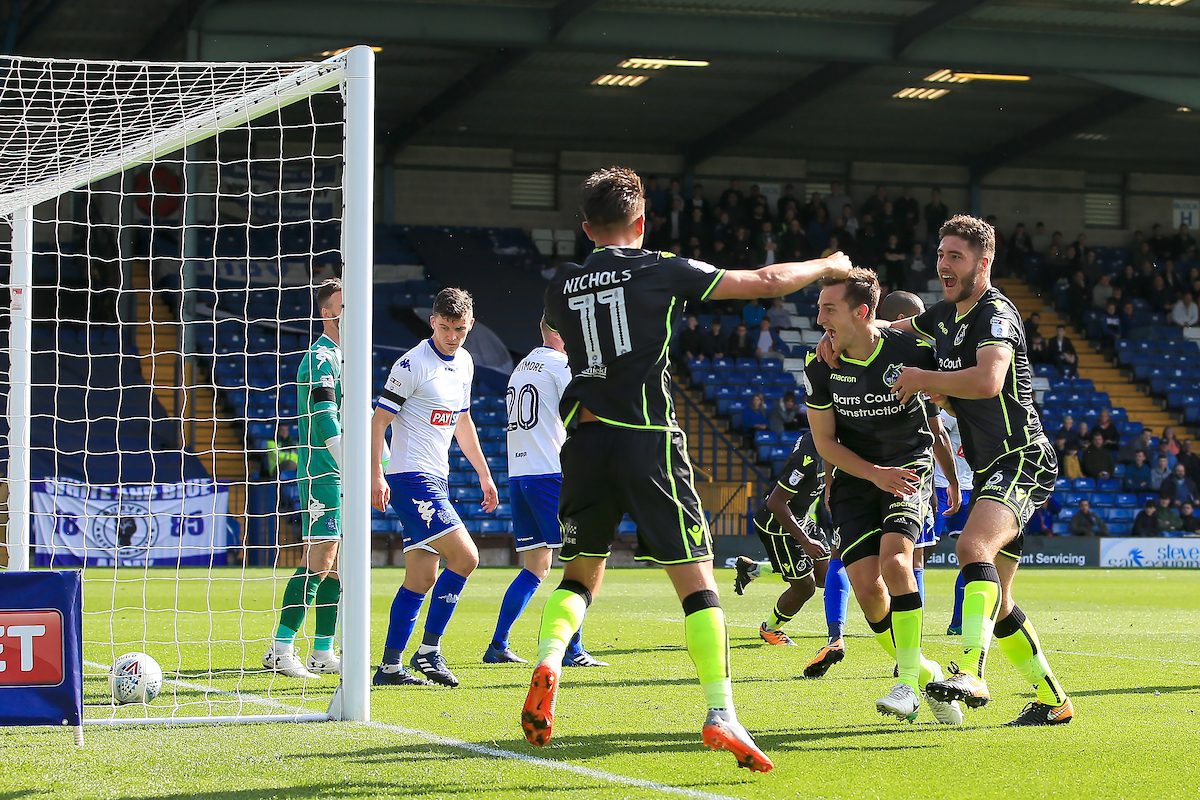 Craven Cottage was the next destination in Rovers' Carabao Cup run. Rovers took the lead through a well-worked move that saw Ellis Harrison hold his nerve to advance on a winding run towards goal before executing a precise finish to put Rovers ahead. The Gas held resolute to the advances of the Championship outfit in the second half and booked a place in the third-round of the competition.

To end the month, Fleetwood were welcomed to the Mem as Rovers stretched the positive momentum following the recent wins over Bury and Fulham. Stuart Sinclair opened the scoring that afternoon, as Billy Bodin doubled the advantage heading into the break. During the second half, Devante Cole reduced the Rovers' lead, but Ellis Harrison continued his goal-scoring streak to top off the victory, to take his tally to three goals for the opening month. 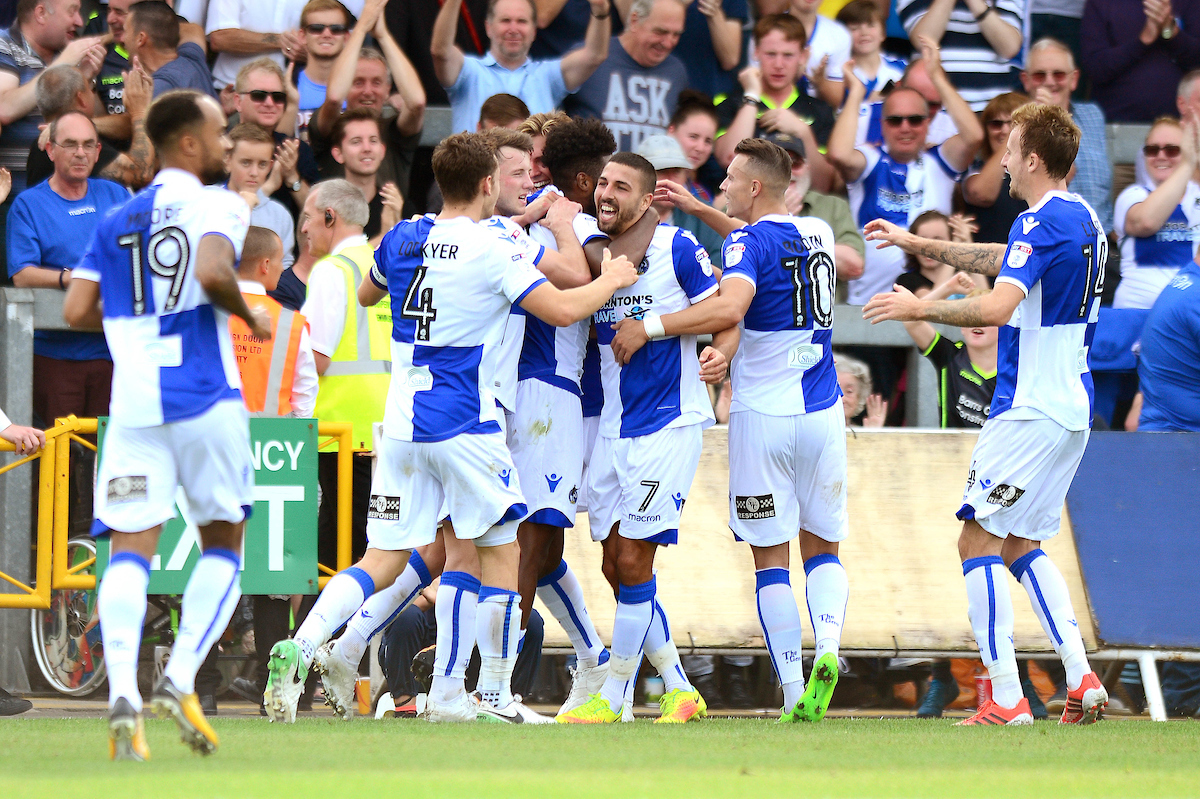 It was a trip to Adams Park that concluded the month of August, as Rovers faced Wycombe Wanderers in the opening encounter of the Checkatrade Trophy fixtures. Although a crowd of only 1,132 watched the contest, Rovers put on an exciting display of attacking football, scoring five goals to secure the win. The game saw both Dom Telford and Ryan Broom score two goals each, while Liam Sercombe again showed his capabilities from long-range, scoring a fine strike from twenty-five yards.

Take a watch of 'Month in a Minute' below for the best bit of August.

⏱MONTH IN A MINUTE: We take a look back at the best moments from the opening month of the season...#BristolRovers pic.twitter.com/S0uHr8IL1f