A record crowd for a final at this level, 47,029, gathered inside the magnificent Wembley Stadium to see these two former Football league Clubs do battle, and almost 30,000 of them were rooting for Rovers.

Rovers made a disastrous start and were behind after only two minutes, Lennell John-Lewis taking advantage of some sloppy defending to put his side ahead.

It could have been worse, as John-Lewis and Scott Brown had chances to add to Grimsby's lead, while goalkeeper Will Puddy appeared fortunate to stay on the pitch, receiving a yellow card for handling well outside his area when it could easily have been red.

Ellis Harrison came to Rovers' rescue when he equalised with 29 minutes on the clock, lashing the ball high into the roof of the net following Jake Gosling's corner from the right.

It became more of an even contest after that and the sides were still on level terms at the break.

Chances were few and far between in the second half and it became a very tense affair although there were few goalscoring opportunities, namely few anxious moments when crosses drifted into the Rovers area and were missed by defenders and forwards alike.

No more goals meant an additional half an hour neither side could conjure up a goal during extra time.

Manager Darrell Clarke made a surprise substitution with 30 seconds remaining, though, taking off Puddy and replacing him with Steve Mildenhall; a clear sign that he was thinking of the penalty shootout to follow.

So tense was the atmosphere as the penalties were about to be taken that many supporters buried their face in their hands or left their seat to spend the next few minutes out of sight.

Chris Lines and Craig Disley scored the first penalties for their respective sides and Matty Taylor and John-Lewis followed suit with the second spot kicks.

Two to go and Angelo Balanta tucked away his penalty for Rovers, as did Craig Clay for Grimsby, making it 4-3 to The Gas.

It was left to Lee Mansell, the player who had scored Rovers first goal of the campaign, to take the final spot kick and he confidently stroked the ball into the net to clinch promotion for Rovers, 5-3 on penalties.

And so, with the last kick of the final game of the Vanarama Conference 2014/15 season, Bristol Rovers were once again a Football League club. 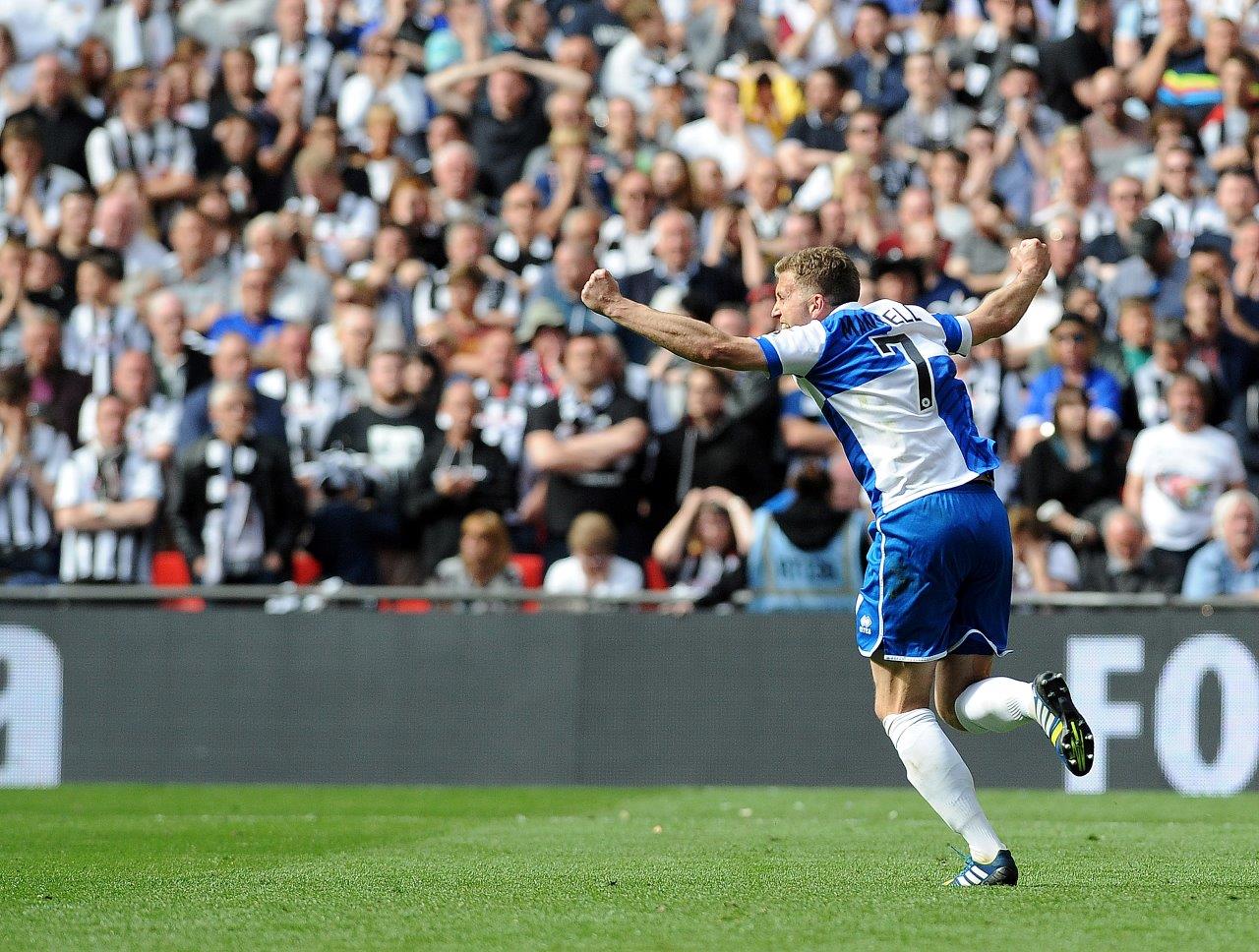