The team built by Gerry Francis found themselves a goal down after only nine minutes when Jim Steel won the ball out on the right and crossed into the box where Chris Malkin headed it on to Ian Muir who beat Brian Parkin with a right foot volley.

There were no further goals in the opening 45 minutes but the Rovers of Bristol began the second half on the offensive and were back on level terms just six minutes after the restart.

Carl Saunders found Paul Nixon out wide on the right and his cross found Devon White who brought the ball under control and fired an angled drive, with his left foot, past goalkeeper Eric Nixon.

Seven minutes later Rovers felt they should have been awarded a penalty when Saunders latched on to Ian Holloway's through ball and attempted to slot it past goalkeeper Nixon, who had raced off his line to clear the danger. 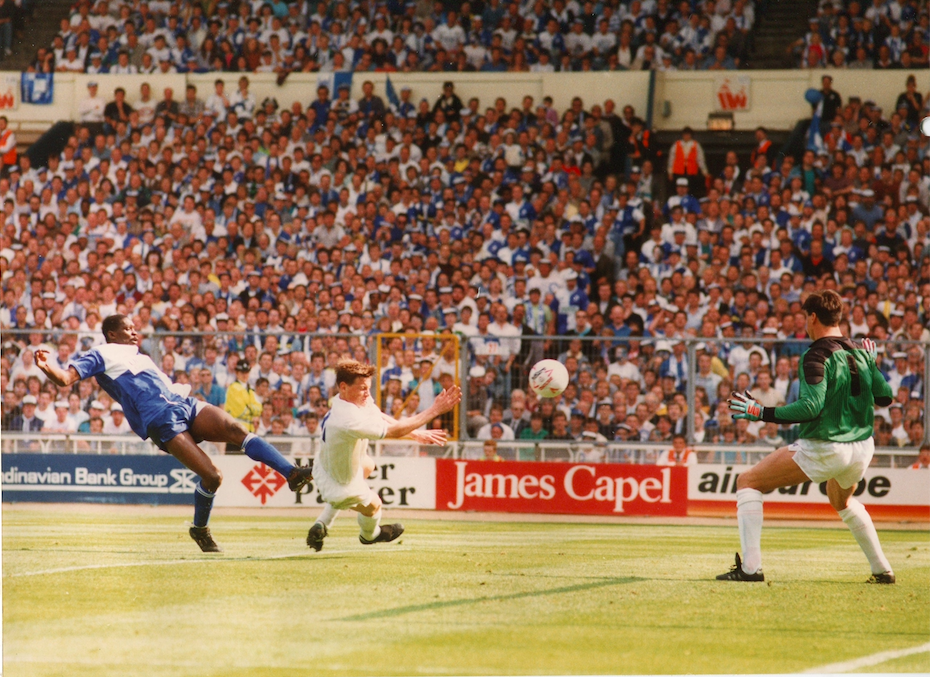 Both players went to ground and Saunders claimed he was fouled and that a penalty should have been awarded, though referee Vic Callow saw nothing untoward and allowed play to continue.

With Rovers in the ascendancy, Saunders saw his 69th minute curling effort hit the post and Tranmere scored what proved to be the winner two minutes later.

Steve Yates lost possession to Muir and the Tranmere man crossed for his strike partner Steel to head past Parkin and the 'Double' dream was over.

Although a disappointed man, Rovers' boss Gerry Francis had this to say afterwards; "It was a good match and great to see over 30,000 fans from Bristol creating a great atmosphere at Wembley.

"Although I was disappointed in the way we lost, all credit to John King and his Tranmere team. We played well in the second half and created the greater number of chances.

"When we equalised I honestly thought we would win the match."