We sat down with Development Squad Player of the Year Luke Russe, to reflect on what has been quite the season for the 18-year old.

From travelling to Portugal for the preseason tour almost this time last year, to his first team debut a month later and then EFL debut at MK Dons in March, it's safe to say it's been a hell of a year for the Bristol-born midfielder.

Whilst Luke has seemingly taken this all in his stride, demonstrating the composure and cool head of a seasoned pro on his young shoulders, he's still been taken back by it all.

"It's been mad to be fair, even from the start going away to Portugal in preseason then a month or so later making my debut in the Checkatrade Trophy," Luke told the club.

"Making my EFL debut in March at MK Dons; didn't expect that! Then being involved in the squad ever since has been mad but it's been a good year with the Development Squad too; our first season together and we won the league so I couldn't have written it any better.

"I've just got to push on even more next year, now I've been part of it and had a taste of what it's like I just want more." 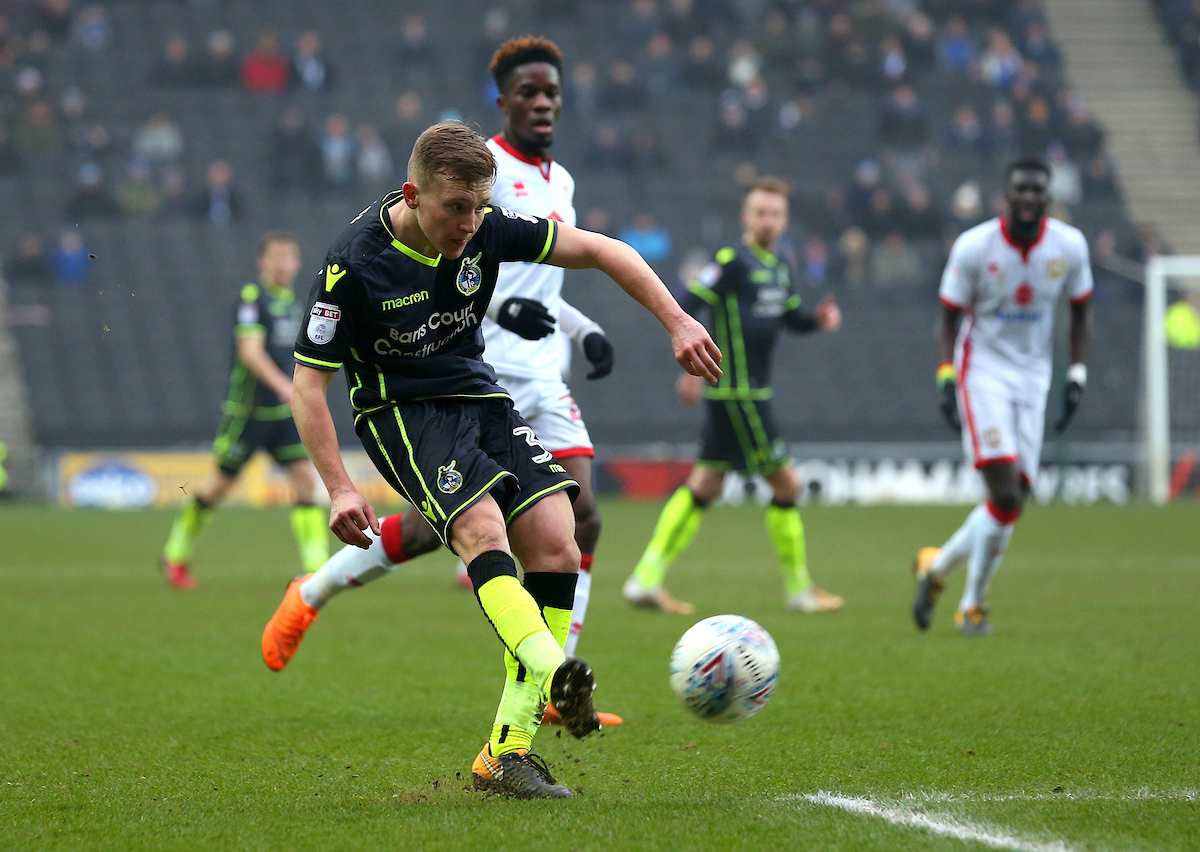 Arguably the most pivotal moment in this whirlwind year for Luke was his EFL debut in the 1-0 win away at MK Dons.

Darrell Clarke thrust the youngster into the starting line-up in freezing cold conditions at Stadium MK and Luke didn't look out of place in the slightest.

"I'll never forget that game at MK Dons, the boys made it so easy for me, they said 'you'll remember this for the rest of your career so take it in your stride, enjoy it and don't look back' and I think I did that.

"First couple of passes I tried to keep simple and play my way into the tempo of the game, once half an hour or so had passed I think I settled and just tried to play my natural game.

"The players were all great with me, they were all really encouraging and just made me enjoy the whole experience even more."

Such is the humility of Luke, he continued to lend praise and credit for his progress to the Development Squad, with whom he was played the majority of his football with this season.

Chris Hargeaves' led the side to the Central League South title and Luke couldn't be happier with how the Development Squad's debut campaign has gone.

"It's been good, it's something the club wanted to introduce and has taken in its stride.

"We have had some hard times but it's still work in progress and it can only improve, we've won the league last season but that's only the start and we can really kick on from there and see where it takes us.

"It was great to win that award but all the players in the Development Squad would've deserved it to be honest, it's been a great year for everyone and I'm delighted to win the award but it's more of a team effort with the under-23s and it's great to see any one of us step into the first team."

Watch the full interview with Luke below on iFollow.