A few days we published an article regarding a trophy donated to the club by the family of William Westwood.

Today, thanks to club historians Mike Jay and Stephen Byrne, we are able to tell you a little more about William the footballer.

He lived in places such as Denaby and Conisbrough where he was working as a Coal Mine Pony Driver. In 1909 he married Annie Eliza Denham with whom he had four children (Elizabeth, Rose, Emily and Willie).

Having started his career with Aston Villa, William joined Bristol Rovers in May 1909 and made his Rovers debut, at left back, in a 4-0 win against Portsmouth on 4th September that year.

He missed just two Southern League matches that season completing 40 appearances plus a historic FA Cup appearance against Grimsby Town. He was the youngest member of the Rovers side which shocked the footballing world by defeating Football League side Grimsby Town 2-0 away from home in the FA Cup in January 1910.

He was an ever-present the following season, making 38 league appearances, and played two FA Cup ties. He completed 14 Southern league matches in season 1911/12. His final appearance was against Coventry City at Eastville on Boxing Day 1912.

Given that he started out at Villa, and Rovers' manager at the time, Alf Homer, had been the assistant secretary at Villa before his move to Bristol.

There is more to add to William's story and we will be doing that in the coming days. In the meantime, if there is anyone out there who knows more about him, or the friendly match against Villa in 1910, please get in touch. 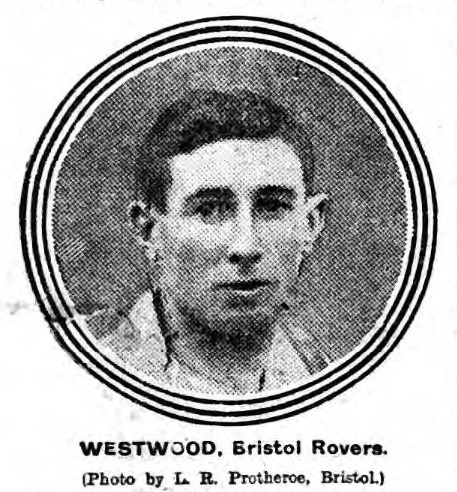