Rovers went into the second leg of the play-off semi-final with a one-goal advantage and the expectations were that it was going to be a tense evening at Sincil Bank as they went head to head against Lincoln City for the right to reach Wembley.

However, Paul Trollope's side showed no signs of nerves in front of a crowd of 7,694 (which included 1,577 Gasheads) and they were two goals up inside the first 11 minutes, eventually winning 5-3 to take the tie 7-4 on aggregate.

The unlikely scorer of the opening goal, after only three minutes, was skipper Stuart Campbell, who took advantage of a mix up between Jamie Forrester and Mark Stallard to push forward before beating goalkeeper Alan Marriott with a tremendous 30-yard drive.

Rickie Lambert added the second after just 11 minutes when he guided a shot past Marriott following Richard Walker's cross from the left.

Jeff Hughes pulled a goal back for the home side with 25 minutes on the clock when he took a pass from Forrester and beat Steve Phillips from just inside the area. 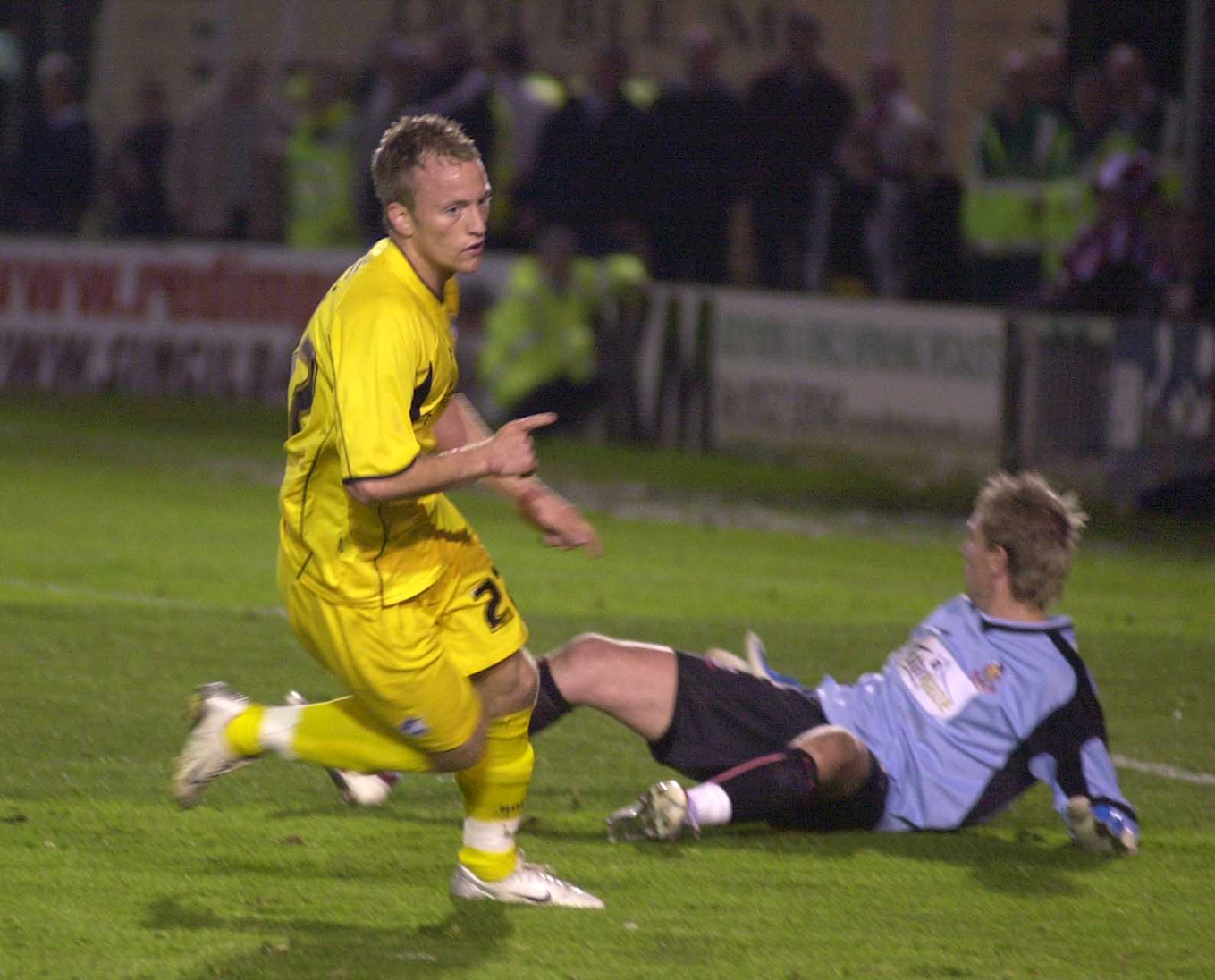 Rovers restored their two-goal advantage nine minutes before the break when poor defending allowed Lambert to slip the ball to Walker who scored from close range.

Lincoln scored again on the stroke of half-time through Stallard, who struck a shot past Phillips after being played in by Lee Frecklington.

Sammy Igoe, on in place of Joe Jacobson, scored a fourth goal for The Gas on 82 minutes when he beat Marriott from inside the area after being played in by Walker.

Another Rovers substitute, Sean Rigg, on for Walker, added a fifth goal with 90 minutes on the clock and there was still time for Hughes to score his second of the evening to make the scoreline a little more respectable for the home side.

"Our play on the counter-attack and the quality of play in and around the final third was a different class. We were better than them; it was a great game and a great spectacle."

The blue half of Bristol were now gearing themselves up for a trip to Wembley just nine days later, where their team would face Shrewsbury Town.