We have recently been given the cup displayed in the photograph below, on permanent loan, by the family of William Westwood.

The cup has been given to the club by William's granddaughter, who believes that every member of the Rovers side who played in that match received an identical trophy.

Underneath the Aston Villa Club Crest, is the following inscription; 'Presented to William Westwood to Commemorate a Generous Act of The Aston Villa Football Club.'

On the other side of the cup, and underneath the City of Bristol Coat of Arms is another inscription, which reads; 'Aston Villa (1 Goal) v Bristol Rovers (2 Goals) 20 April 1910.'

To date, we are not sure why the match was played, as Rovers were a Southern League side at that time while Villa, one of the founder members of the Football League, were playing in League Division One.

We do know a little about William Westwood and will publish a little more of his story each day, hoping to discover if there are any more of these trophies in existence.

If every Rovers player did, indeed receive one, then there might be one in a loft of an attic somewhere in Bristol.

We will add a little bit more to Williams' story in the next few days, but if there is anyone out there who knows more about the game, please get in touch, or else Head of media Keith Brookman will be sent on a mission to the Newspaper Library! 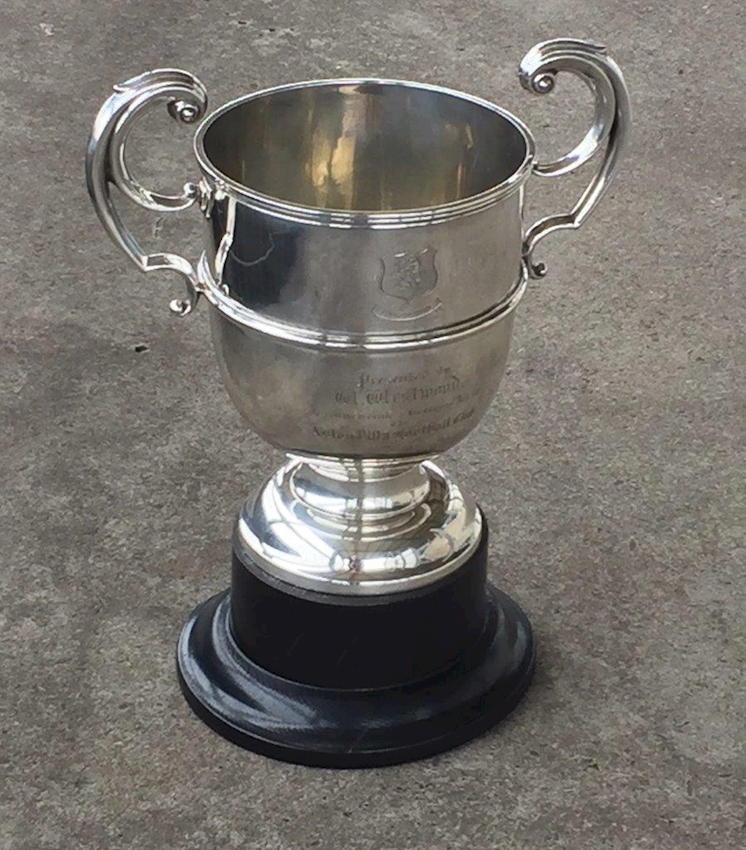