Skip to main content Skip to site footer
Apologies, this video is unvailable.

Despite suffering a fractured ankle against Fleetwood Town in April, defender Joe Partington largely reflects positively on the 2017/18 season.

In his first full season with Rovers, Joe played 37 times and his consistency was reflected in his nomination for the Players' Player of the Year award.

"Yeah I'd say it's been a successful season for me, it was nice to be nominated for that award even though I was never going to win it but having some of the lads vote for you was quite a nice feeling." Joe told the club.

"I think it was a positive season but we can be better, I could be better and I strive to be individually and as a team."

The 28-year old has been utilised in a few positions this season by Darrell Clarke, most notably at right-back and in a holding midfield role.

He also managed to net his first Gas goal in a 3-1 win over Bradford City in January and then oddly went on to score in three consecutive home games, all at the same end!

"I've always played in more than one position and it's something a manager looks for in players and I'm pleased I can give him that option and I believe I've performed quite well both at right-back or in midfield.

"It was nice to score those goals, especially at the Mem and in front of the Thatcher's End where the atmosphere is great and the fans create very special moments so it's something I can look back on this season and in years to come." 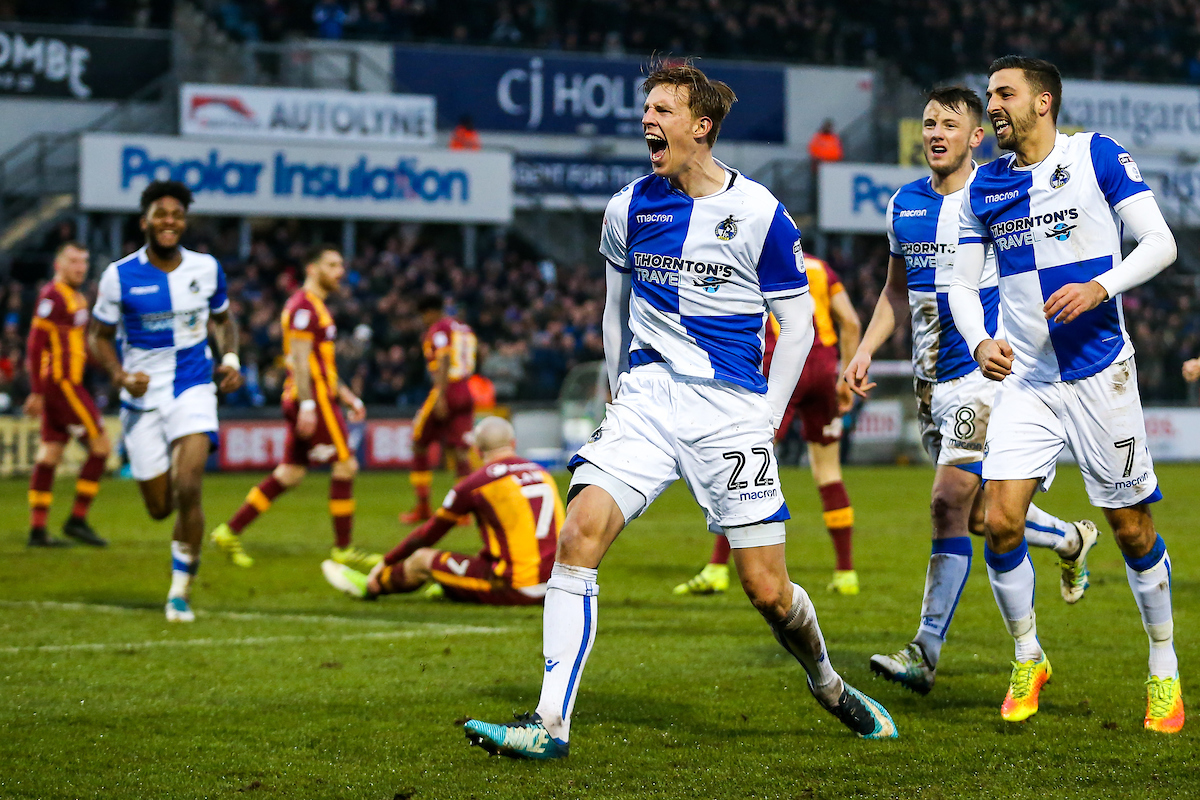 Joe's season was sadly cut short when he picked up a surprise fractured ankle in the 2-0 loss at Fleetwood Town back in early April.

Despite the setback, the defender is confident of a timely return to fitness ready for the new campaign.

"It was a strange injury, I'm still racking my brains now to think where it may have come from and speaking with the doctor it's just been a culmination of years and years of playing and subtle injuries to my ankle that have built up.

"The silver lining was that there was only six games left and I've got two months now to concentrate on my recovery and if all goes to plan I'll be there with the rest of the lads for the first day of pre-season.

"It's always tough and it's very frustrating to be injured, I'm not embarrassed to admit I took the news badly but that's football and I've got plenty of time to get myself back on track."

iFollow subscribers can watch Joe's full exclusive interview above and any supporters wishing to subscribe to the service may do so here.