Take a read of the thought's of Plymouth boss Derek Adams as they prepare to face Rovers at Home Park on Saturday.

Adams addressed the local media in Devon ahead of the encounter, offering his thought's on the SkyBet League One fixture.

Plymouth added to their ranks this week the services of the experienced Paul Paton, who arrived at Home Park as a free agent.

Speaking about his new recruit, the Plymouth boss told Plymouth's official website that he was looking to delve into Paton's winning mentality for the crunch end of the season and insisted that he would be ready for action this weekend.

"He gives us another midfield player in the ranks,” Adams told pafc.co.uk.

“I have known him for a good number of years, and seeing him progress from Queens Park to Partick Thistle to Dundee United then to St Johnstone. He is ready to go; he hasn’t got much of a choice really. That Is the situation we are in at this moment in time. He will be fine; he has been training away and he will be ready to go."

Focusing on Saturday's encounter, Adams told the Plymouth Herald that he is looking forward to the atmosphere at Home Park come 3pm on Saturday.

“It will be probably 12,000 at the game so the atmosphere will be good," Adams said speaking to the Plymouth Herald.

“It’s the nearest club for us this season. They are always good matches against Bristol Rovers.”

“When Bristol Rovers come (to Home Park) they always take a big support with them. That generates an even better atmosphere.” 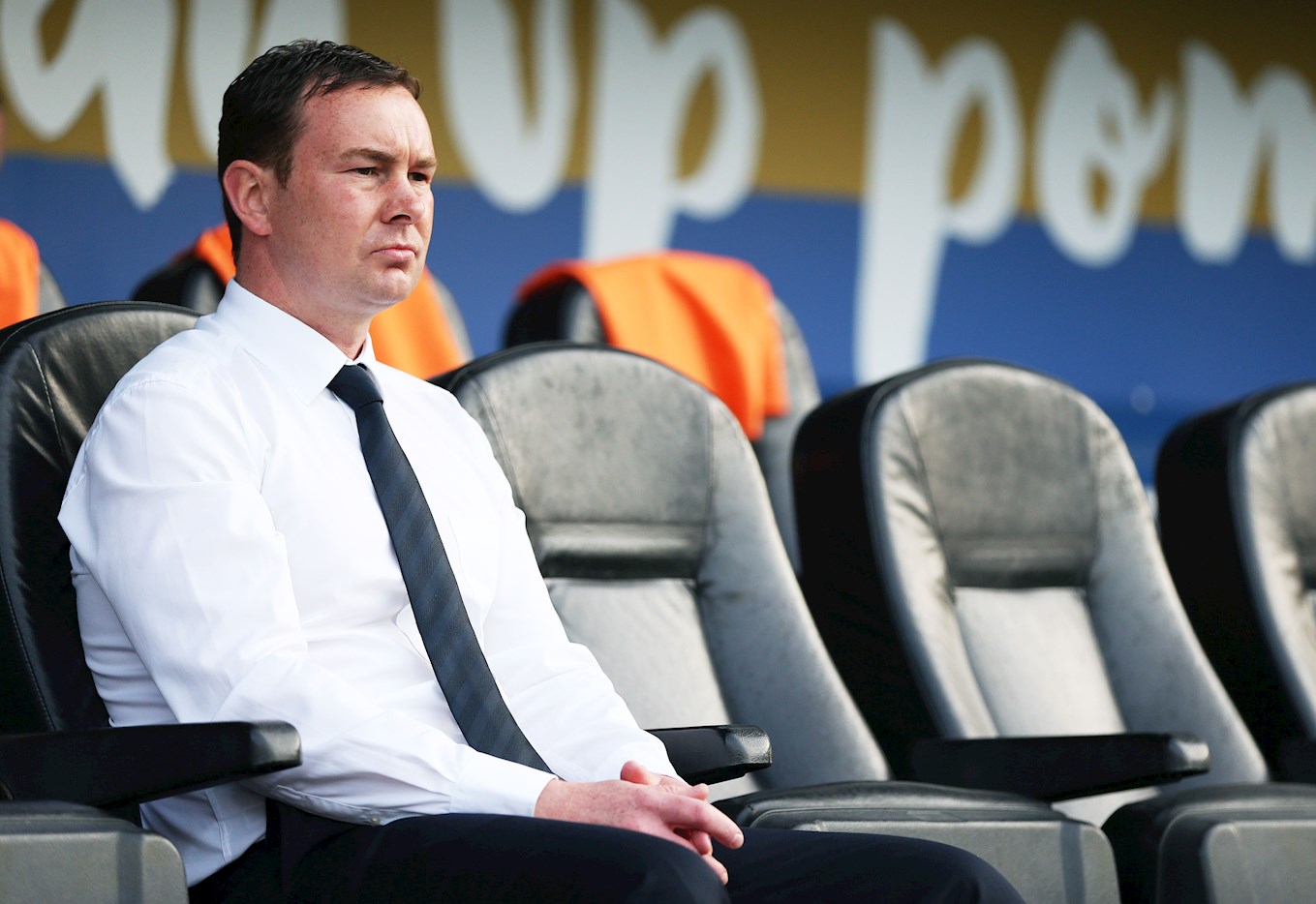 Adams enjoyed a playing career that spanned nineteen years, with the majority of his playing days spent his native Scotland.

The midfielder started his professional career with Aberdeen but failed to break into the first team which prompted his move to Burnley, making a handful of league appearances in the mid-1990s before returning to Scotland with Ross County in 1996.

An impressive two-year spell at Ross County, where Adams equated over forty goals, earned him a transfer to Motherwell, in a deal rumoured to be worth £200,000.

A six-year long spell at Motherwell followed as Admas reached the semi-final of the Scottish Cup in 2002/03, where he scored in a defeat to Rangers.

In 2004, Adams returned to his hometown club of Aberdeen for a single season, before joining Livingston.

In 2006, Adams returned to Ross County on a player–coach basis and in November 2007 transitioned to the role of player-manager. Under the guidance of Adams, Ross County won promotion to the top-flight of Scottish football in 2008 and in 2010 led Ross County to the Scottish Cup final, while still in his mid-thirties, beaten Scottish giants Celtic in the process.

Adams left Ross County to take the role of Assistant Manager under Colin Calderwood at Hibernian. The stay at Hibbs lasted until 2011, where he returned to take charge of Ross County.

In his first season back at the helm of Ross County, Adams guided the club to the 2011–12 Scottish First Division title and to the top-flight, where his side clinched the championship with five games to spare, finishing an impressive twenty-four points above second-placed Dundee United.

After guiding Ross County to respectable finishes in the Scottish top-flight over two-seasons, Adams left in 2014 and took over at Plymouth in June 2015.

During his first season in the EFL, Adams guided Plymouth to a play-off final appearance at Wembley but missed out on promotion following defeat to AFC Wimbledon.

The Pilgrims responded by gaining automatic promotion the following season, finishing 2nd in 2016/17, only narrowly missing out on the top-spot to Portsmouth, who pipped Adams' side to the title on the final day game of the season. 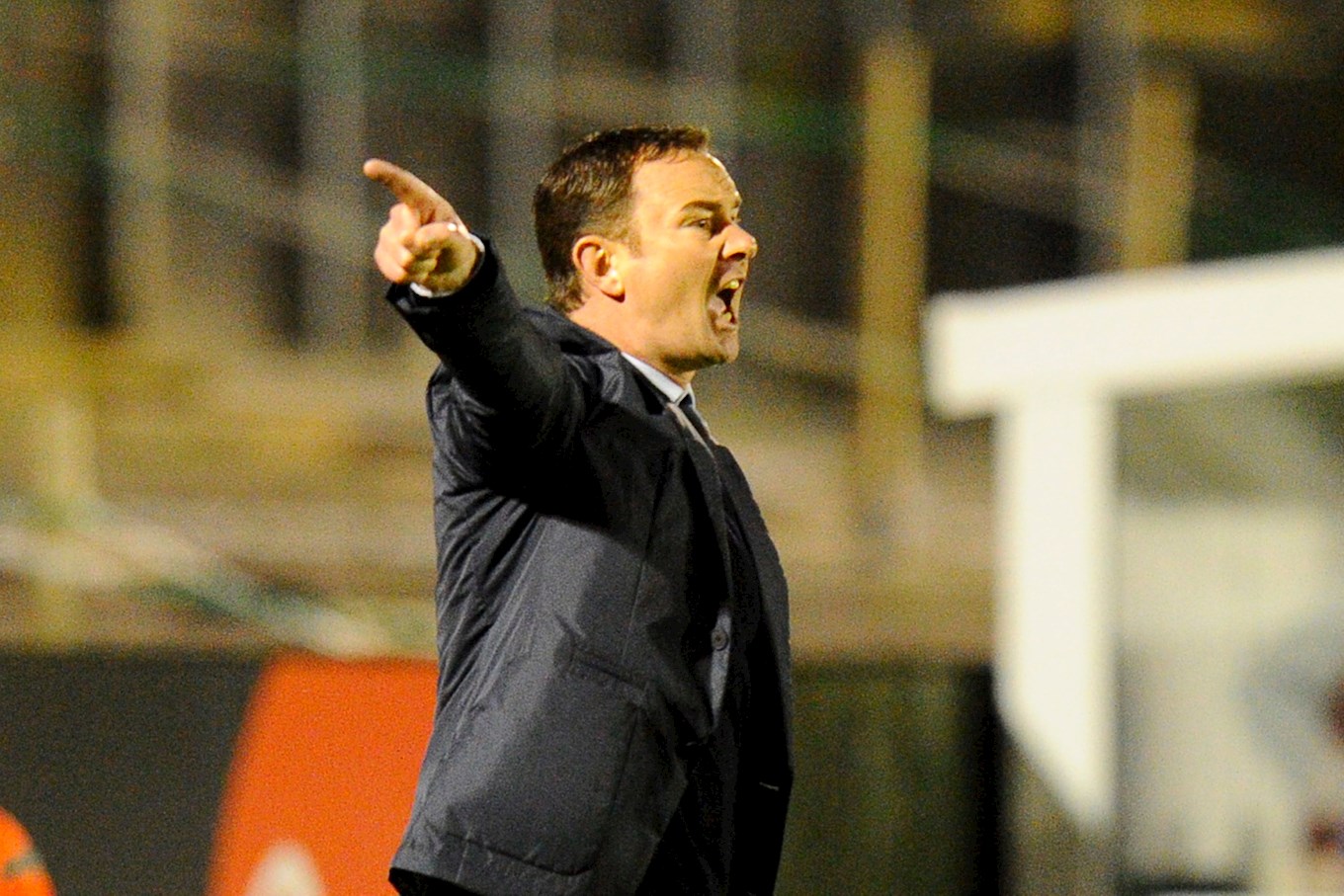 Adams' first encounter against Rovers ended in a 1-1 draw in the early months of the 2015/16 season. Former Rovers defender Peter Hartley lined up fro Plymouth that day, as Jake Jervis scored with just five minutes remaining before Ellis Harrison won and converted a penalty to rescue a point.

In the reverse fixture later in the season, there was again a late flurry of goals, as Billy Bodin edged Rovers ahead with little over ten minutes remaining, only for his goal to be cancelled out by a late Josh Simpson strike.

Earlier in this season's campaign, Rovers defeated Plymouth when they visited the Mem as goals from Rory Gaffney and Billy Bodin secured the points for Rovers.