Chris Lines' delightfully placed free-kick gave Rovers an early advantage in the game, but Plymouth responded to level the terms as Jamie Ness headed home from a Lameiras cross.

The balance to scoreline lasted just two-minutes, as Ellis Harrison struck his fourteenth goal of the season, firing home a close-range finish after creating an opening for himself.

Minutes after the interval, the game entered a frantic spell as Plymouth were awarded a penalty as Tom Lockyer and Tony Craig combined to allegedly foul Moses Makasi inside the area, with some suggestions it was a soft decision. Ruben Lameiras took the spot-kick, with Sam Slocombe pulling off and a fine diving save to prevent a goal.

Just seconds later, Plymouth did pull back level, as a Jamie Ness cross took an unfortunate touch off Ollie Clarke which diverted the ball into the net.

A draw would've been a fair result, but Rovers were dealt a sucker punch five minutes from time when Lockyer conceded a penalty from a corner, that Carey stepped up and dispatched to win the game.

Heading into the encounter, Darrell Clarke opted to make two changes to his starting eleven. James Clarke completed his return from injury to start a fixture for the first time since August, while the only other change in the starting Xl came in the shape of another Clarke, Ollie, replacing Rory Gaffney.

The opening exchanges were largely uneventful, with both sides using the period of the encounter to find their feet. There was an early chance that fell the way of the hosts, as Ryan Taylor almost latched onto a driven cross into the Rovers area, but an important interference from Tony Craig edged the ball away from Taylor and behind for a corner.

After taking the time to settle into the highly charged atmosphere at Home Park, Rovers found the perfect way to silence the home crowd by breaking the deadlock just after the ten-minute mark. Stuart Sinclair orchestrated the start of the move that led to the opening goal, by winning Rovers a free-kick in a dangerous location. A group of Rovers players looked set to take the set-piece, but it was Chris Lines who stepped up and delivered a delightfully struck free-kick that curled around the wall and nestled into the bottom corner to put Rovers ahead. 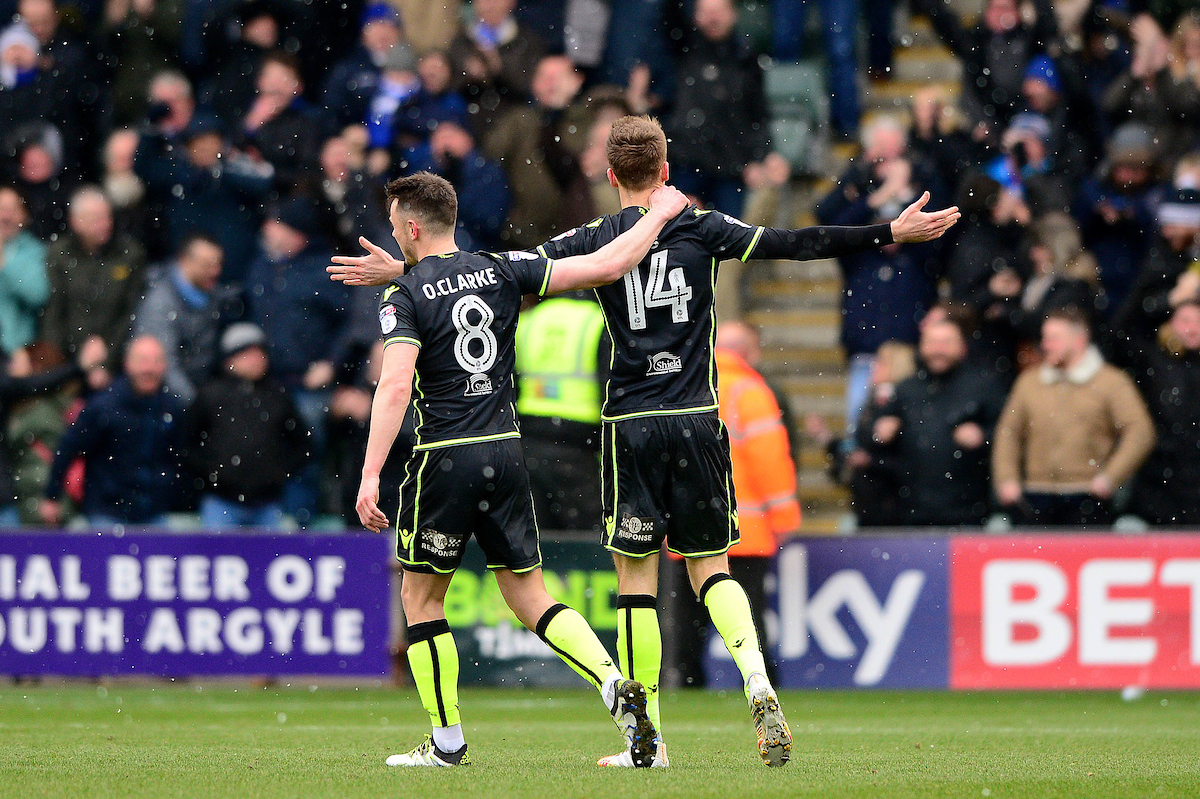 The goal looked to unsettle the home side, who almost gifted Rovers the opportunity to extend their lead further when Ellis Harrison charged down a slack clearance from Remi Matthews, who was forced to leave his area to battle to win back possession from his mishap, as Harrison managed to nudge the ball in the direction of the supporting Liam Sercombe, but the ball wouldn't sit kindly for the midfielder to shoot towards the empty goal.

Plymouth found a way to restore balance to the scoreline midway through the first half, as Ruben Lameiras flashed a dangerous delivery into the Rovers area that was met by a glancing header from Jamie Ness that took the ball out of reach of the stranded Sam Slocombe.

The balance to the scoreline in the game was short-lived, as two minutes later, Rovers were back in front. Ellis Harrison muscled his way to the ball inside the Plymouth area, snatching possession off Yann Songo'o and keeping composes to fire a powerful finish under the onrushing Remi Matthews.

After the interval, a frantic spell of the game followed as Plymouth were awarded a penalty following a coming together between Tony Craig and Moses Makasi inside the area. Ruben Lameiras was on duty with the penalty but was denied by a fine diving stop from Sam Slocombe.

Seconds later, Plymouth did manage to find an equalising goal, as a cross from Jamie Ness took a heavy deflection from the head of Ollie Clarke that diverted the ball inside the near post, with the speed and direction on the ball leaving Slocombe with little opportunity to react with a save. 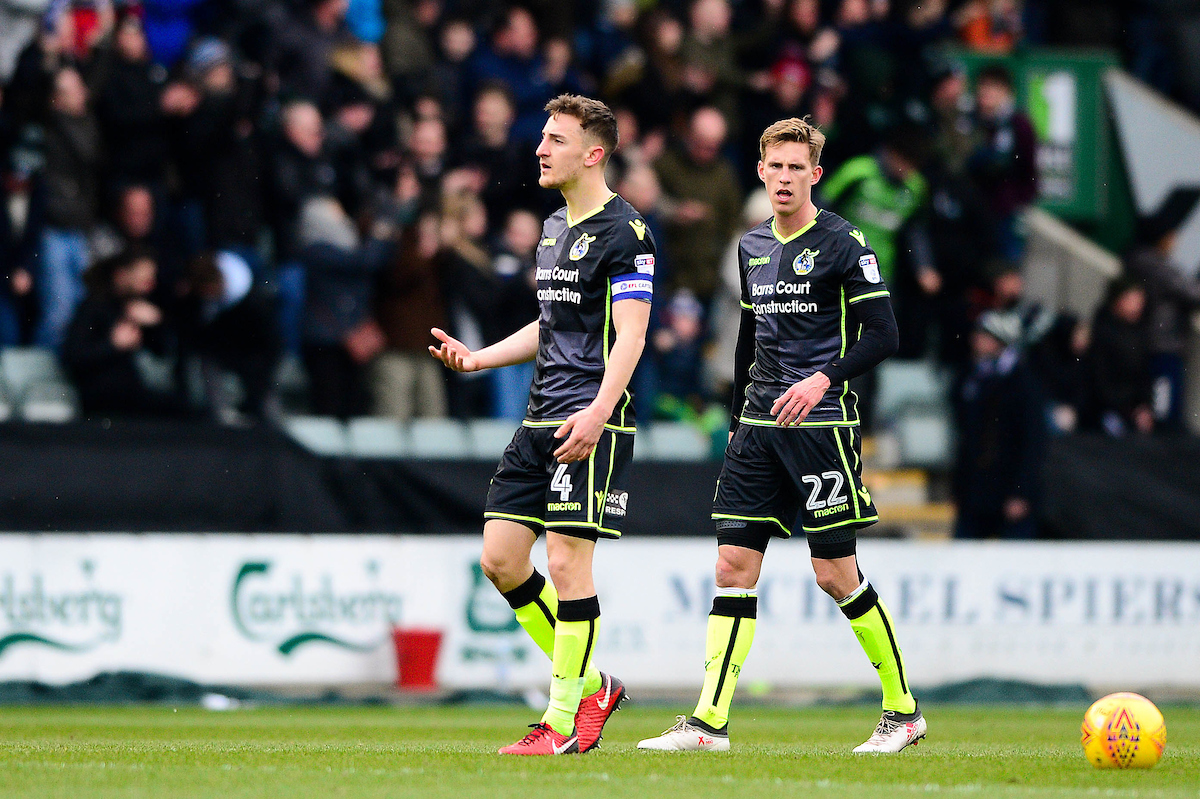 The action showed no signs of slowing, as once again Ellis Harrison charged down a clearance from Plymouth 'keeper Remi Matthews, with the striker teasing the goalkeeper in making a rash challenge that resulted in a yellow card.

Rovers kept on creating chances and manufactured an opportunity on goal when a delicate touch by Liam Sercombe opened up a shooting opportunity. The midfielder gained his balance and fired a driven attempt towards goal that was pushed away by Matthews, with the rebound falling to Joe Partington, but on his left-foot, the defender could only lift his first-time attempt over the target.

Kyle Bennett aimed a well-weight late cross towards Ellis Harrison that panicked the host's defence and won Rovers a corner with a portion of the game remaining. The set-piece was crafted into a threatening position by Chris Lines and poked towards goal by Tom Lockyer, but the attempt fell straight into the hands of Remi Matthews.

The game had a sting in the tail right at the death as the hosts were again awarded a penalty for a foul by Tom Lockyer on Yann Songo'o. This time Graham Carey was chosen to take the spot-kick and made no mistake in placing his effort to the right of Slocombe to give Plymouth the victory inside the final ten minutes. 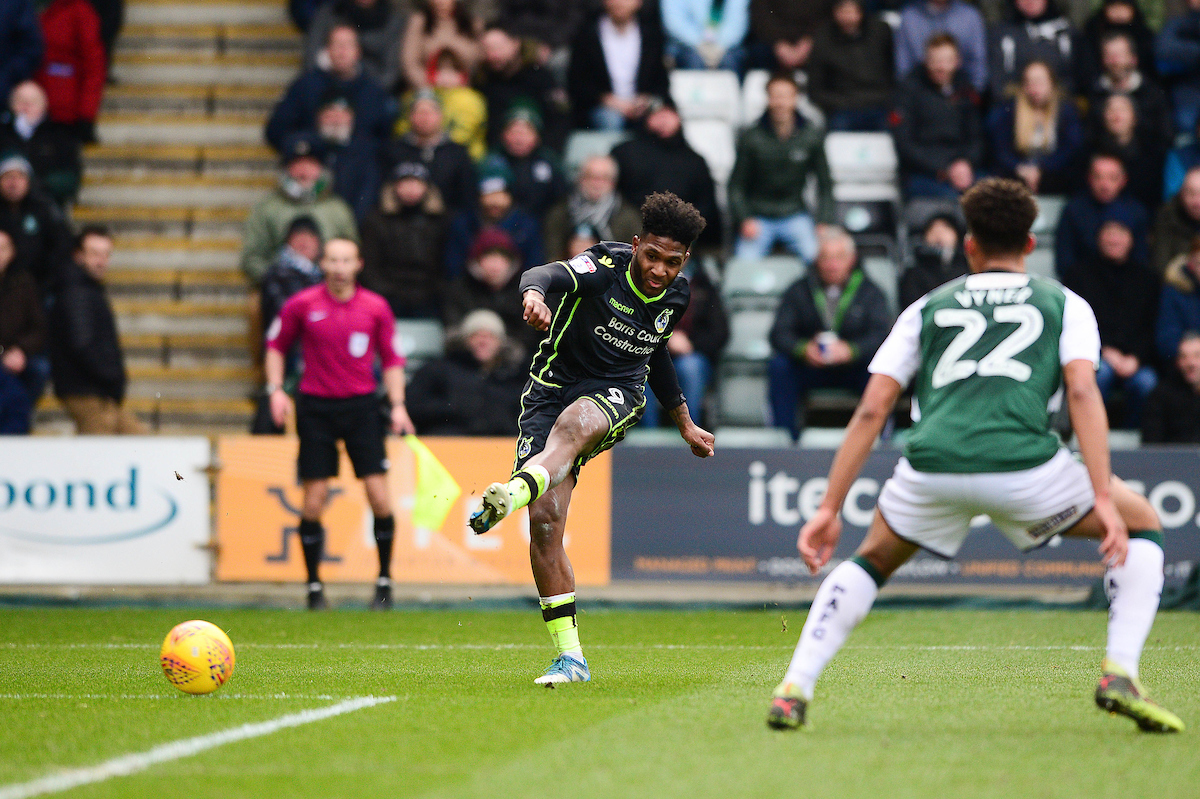