The forward discusses his goal during Saturday's draw at the Mem and shifts his attention to the visit to Plymouth on Saturday.

Bennett, who scored his first goal at the Mem during the weekend's draw against Northampton, insisted that it was a good feeling to score in front of the faithful Rovers support.

"It was great to score in front of that end. The Thatcher's End is the end you want to score your first goal in front of at the Mem, so that was a good experience.

"The 'keeper was on the floor and it obvious that I needed to either lift a finish over him or to play it into one of the corners.

"On one hand, it was pleasing to score a goal, but the end result wasn't what we wanted." 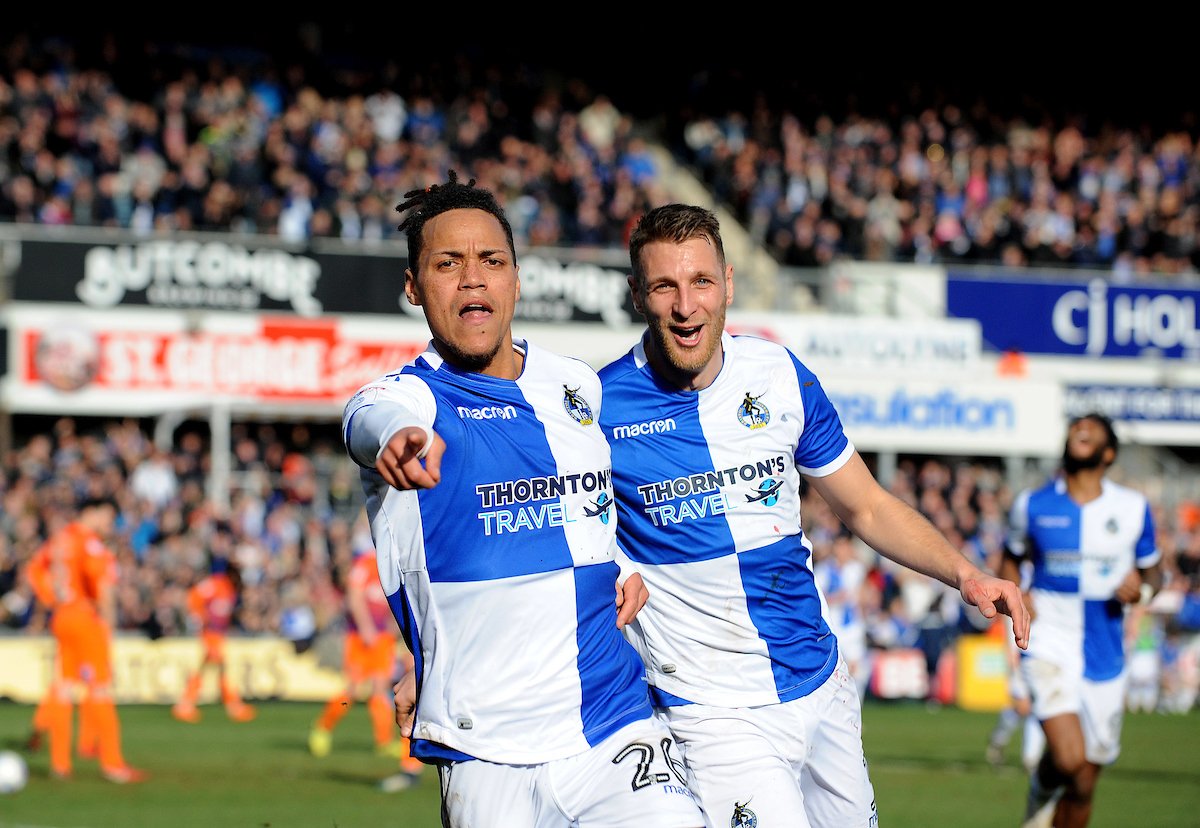 Rovers were frustrated on Saturday by Northampton, as the Cobblers were forced to play out the game with just ten men following the dismissal of Matt Crooks midway through the second half, with Rovers unable to profit of the man advantage.

"I think the Gaffer (Darrell Clarke) summed up it up," said Bennett.

"There was frustration, as we managed to play some great football during the game and the way we managed to move the ball around well which was pleasing for us, but in terms of the result, it wasn't the result we wanted."

"When a side goes down to ten men, it always appears a lot easier than it looks. The opposition camp in a little bit more and there is less space for you and when you do manage to get balls into the box, there are more bodies in the mix to clear it."

"It's always a little bit more difficult to get away from your marker to find space. We did try up to the final whistle, but obviously, it wasn't enough."

Shifting attention to Saturday's fixture at Plymouth, Bennett thinks the number of travelling fans will add to an atmosphere for what will be an eagerly anticipated encounter.

"It's a good stadium to play at. It's a big stadium and pitch is also nice and wide."

"We are taking a lot of fans and possibly due to the points gap between us, it's a really big game."

"We are only four points away from Plymouth, who are in 6th position."

"I think that we will approach the game in the same way and everybody is still upbeat, as we haven't lost any ground on the teams around us."

Watch the full interview below for free on iFollow.