The Manager spoke to the press on Wednesday lunchtime to preview our encounter with Bury on Friday.

We have highlighted five points that Darrell covered in his pre-match press conference.

"There have been ups and downs, as it often is with the football world."

"I have always said that I'm honoured to be the Bristol Rovers manager and I will keep trying to move the club forward."

On his relationship with the supporters...
The Rovers boss values his connection to the club's loyal fanbase and outlines why it's important to have a squad that is determined to give everything for the cause.

"The supporters want a side out on the pitch that will give everything for the shirt."

"I can remember in the summer after we were relegated, my job back then was to put pride back into the shirt and to make sure that whoever represents the football club gave one-hundred percent and some."

"To a degree, even though there have been some disappointing results along the way, the supporters have got that now, as they have got a group of players who certainly care and that comes from the top, from myself and my staff, to make sure they know the importance of representing this football club." 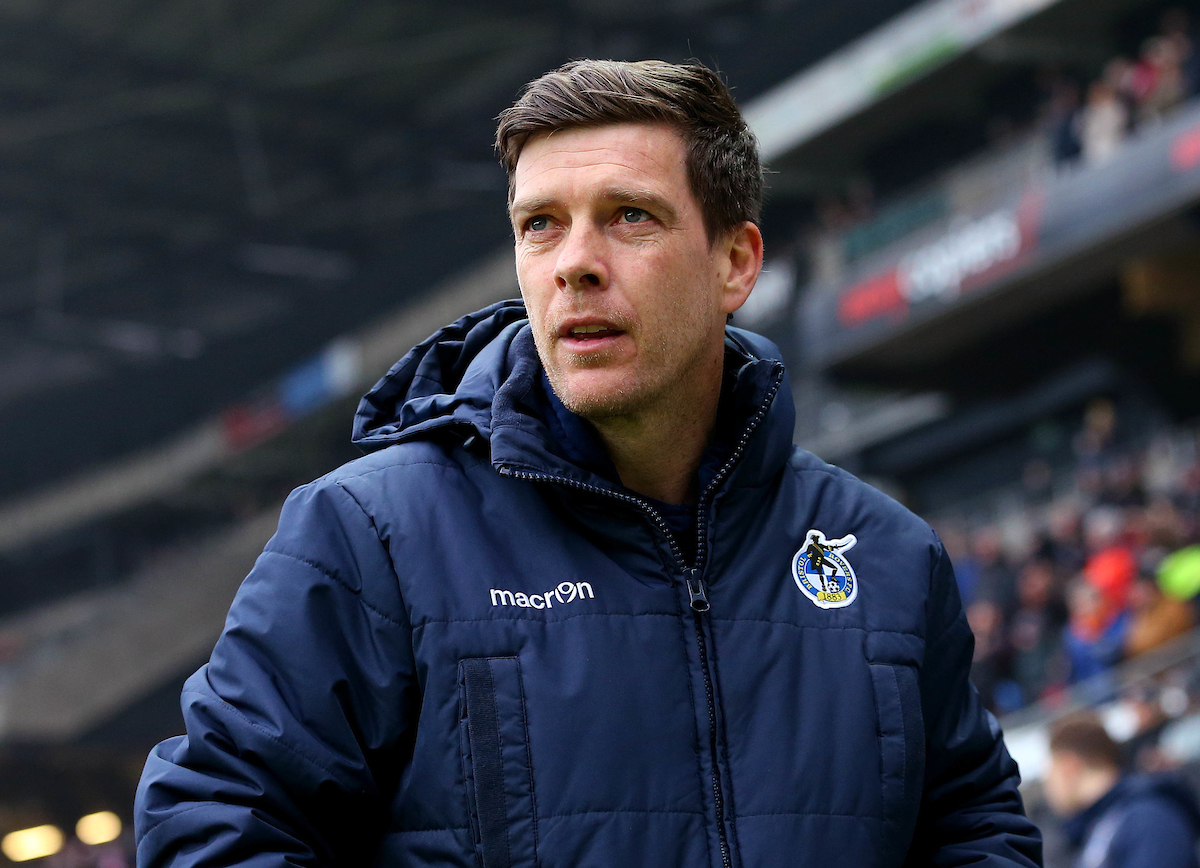 Players on international duty...
Both Ryan Sweeney and Tom Lockyer have represented their respective national sides over the international break, which the Manager believes is a real positive.

"It's a nice experience for the players and it's great for the club that we have players who represent their country at international level."

On facing Bury...
Next on the agenda for Rovers is the visit of Bury this Friday, as Darrell previewed the visit of Ryan Lowe's side to the Memorial Stadium.

"With the turnaround in both players and managers, something has gone must have gone wrong at Bury, because they shouldn't really have found themselves in this situation."

"They will be coming here fighting and working hard right up until the death. It's going to be a tough game, as they all are at this level."

Pleasing response from his squad...
There are eight games remaining for Rovers this campaign, with Darrell outlining how pleasing the response has been from players in recent weeks.

"The league is getting tougher and tougher every year and I'm really pleased that we haven't had the second year bounce because it looked for a period of time just before Christmas that we may get pulled into a relegation fight.

"We have since had three defeats in fifteen and the response from the players has been excellent."