Rovers beat Bury by the odd goal in three at The Memorial Stadium this afternoon, but the winning margin could have been greater had they taken some of the first half chances they created.

As it was, they had to come from behind to claim all three points, with Dominic Telford equalising after Neil Danns had put the visitors ahead, and Chris Lines netting the winner from the penalty spot with just five minutes remaining.

Lines said afterwards; “We started well in the first half, which something we had talked about doing beforehand.

“We just didn’t get the goal we felt we deserved but when you don’t score the pressure begins to build, especially when you are a playing a team near the bottom of the league.

“Yes, they might be bottom for a reason but they still have good players as they proved when they scored after the break.” 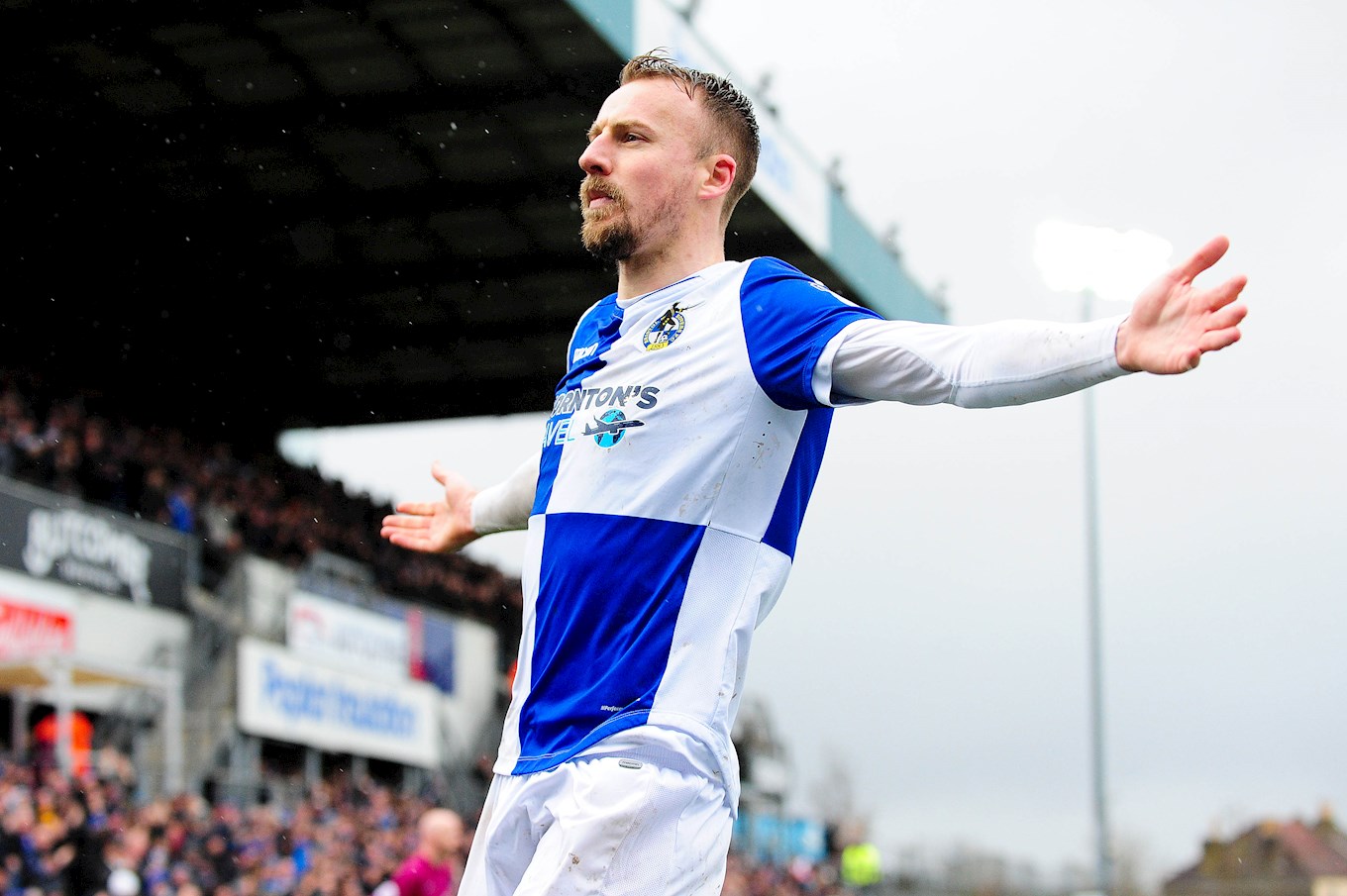 The midfielder accepted responsibility for that strike, “It was a bad mistake by me, but I just got the ball caught under my feet and couldn’t get any power on my clearance. That happens sometimes, and it’s all about how you react afterwards that matters and I went on and scored the winner, so I’ll forget about what happened earlier!”

Once again Rovers showed that they can come strong in the final stages of a game, even when trailing; “We never give up when we are a goal down. I was still thinking that we were going to win the game after we conceded, and once we got back on level terms I always thought we would go on and score again.

“Everyone in that team believes we can win games and after a good little bit of play we won the penalty after Kyle Bennett was brought down. Mind you, it was important that we stuck that one away.”

Every penalty, he says, brings its own pressure, though the way he stuck his spot kick away this afternoon would suggest otherwise.

“It came at about the same time as I scored one against Bradford City earlier in the season, and the score in that game was 1-1 at the time.

“I don’t think any of our lads thought I would place it where I did because all week in training I have been putting them to the keeper’s left.”

There was a first goal at The Mem for Dom Telford this afternoon and ‘Linesy’ thinks could well lead to a few more games, and goals, for the on loan Stoke City striker; “He finishes like that every day in training. He has all the attributes required of a good striker and that may give him the confidence to go on and score a few more between now and the end of the season.”

It was a first for Bernard Mensah today, as well, as he made his first start in as Rovers shirt; “He did well for us and with six or seven players out through injury, it’s important that we have players who can come into the side and do a job for us.”

Rovers now head up to Fleetwood for another game they need to win; “Every game is a must win game at the moment but we travel with confidence after taking all three points today.” 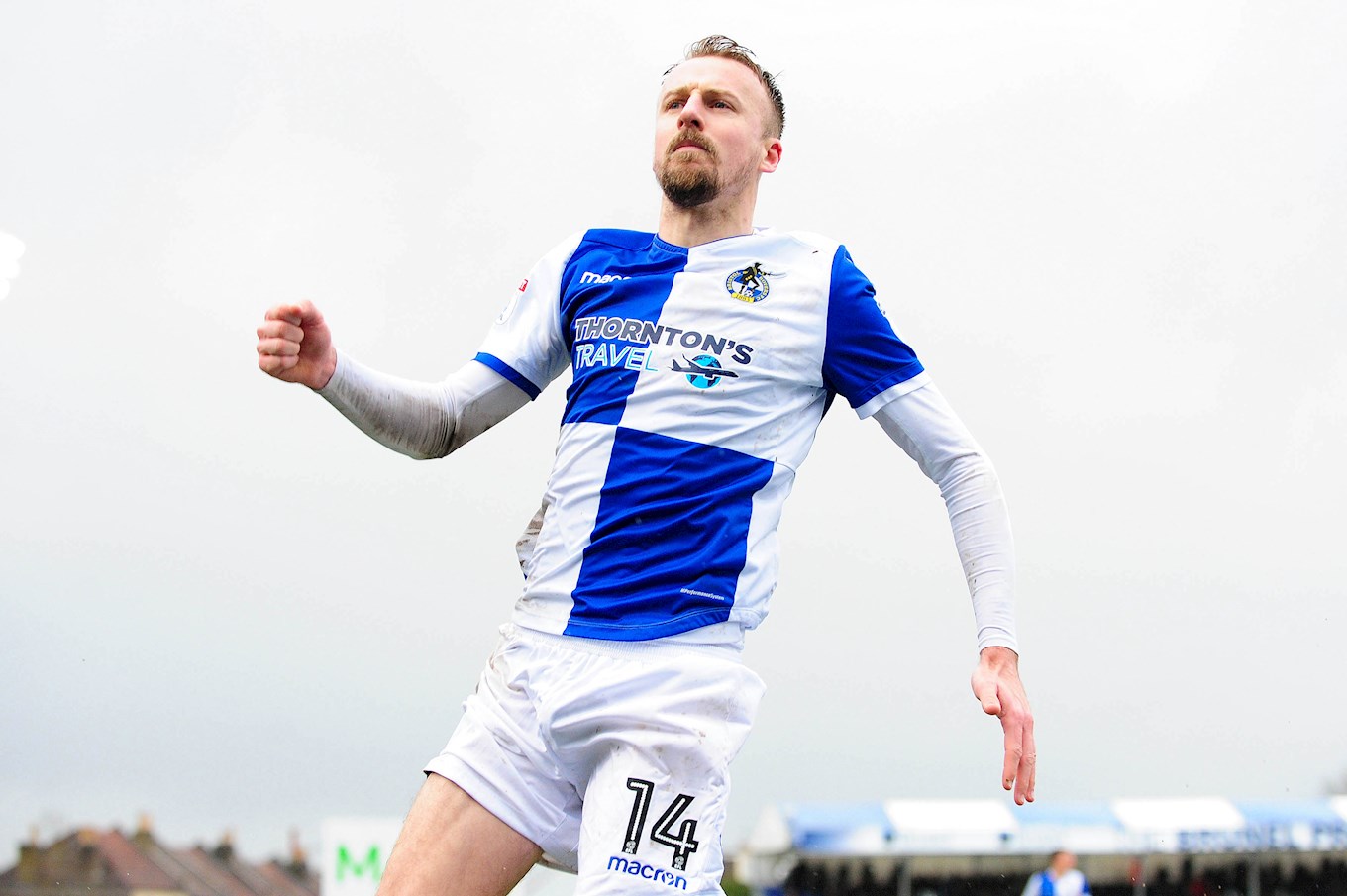