Throughout the year Bristol Rovers helps out a number of charities and charitable organisations, both local and national.

Of course, it isn’t possible to agree to every request we receive, but we do our best as Rovers’ supporter Ashley Belsten can testify.

Last August Ashely organised a Charity match between a team of former Rovers players and a team of supporters.

His intention was to raise funds for the Soundwell based care home Deerhurst, run by Brunel Care, where his grandfather passed away. Ashley described the care his grandfather, Martin Belsten, received as fantastic and the match he organised raised the magnificent sum of £6,500.

So successful was the game that Ashley is organising another match this year, though he hasn’t yet decided if it’s to become an annual event.

The club assisted with a small amount of publicity for last year’s Martin Belsten Memorial Match and this year are taking their support a step further by donating this season’s first team kit (home and away) to be worn by the former players and supporters in this year’s game.

A club spokesperson said; “We would like to be able to assist more charities than we do but, unfortunately, it’s just not possible.

“In the past we have donated unwanted, or old, kits to charities who take them out to some of the poorer countries in the world but this year we felt that we wanted to do something different.

“We were impressed with Ashley’s efforts last year and in the way he organised such a successful day to raise funds for Deerhurst so we decided that we would offer him this season’s kit to enable him to raise funds for a local charity that touches the hearts of so many people in Bristol.

“We are certain that his fundraising efforts will, once again, prove to be extremely successful and that all Bristol football supporters will contribute to making the match a very special occasion.”

Ashley was somewhat taken aback with the club’s gesture and said; “I was thankful for the support we received last year but I find myself both surprised and delighted to learn that the club will be donating a full kit for both teams this year.

“The fact we will be able to auction off the Veterans match worn shirts after the game this year will really help to raise invaluable funds for St. Peter’s Hospice.

“Our target this year is too exceed the amount raised at last year’s game and this kind gesture from the club will go a long way to helping that happen.

Mangotsfield’s Cossham Street ground is, once again, the venue for the match which will take place on Sunday 12th August with a 2.00pm kick off.

Gates open at 12.30pm and in addition to the football, there will be a raffle and a charity auction with this year’s beneficiary being St Peter’s Hospice.

Alternatively, you can pay on the day.

In case you are wondering, former players who have already committed to appearing are Steve Mildenhall, Jamie Cureton, Lee Mansell, Nathan Ellington, Steve Elliott, Barry Hayles and Jo Kuffour, while a certain Wael Al Qadi will be playing against those legends, for the supporters side! 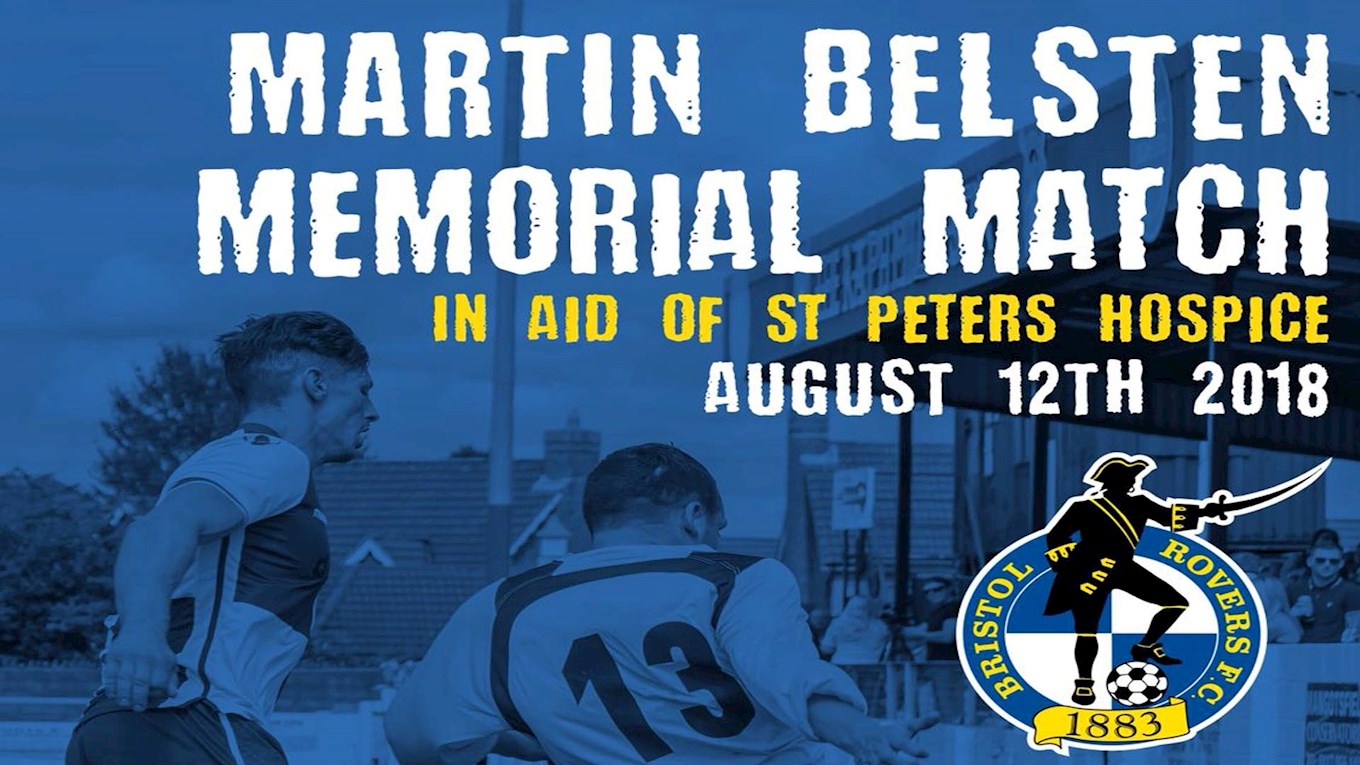