Tony Craig insists Rovers are taking it one game at a time and it'll be no different for Saturday's game at the Mem.

The Gas entertain relegation-threatened Northampton Town on Saturday afternoon, with a victory potentially taking them as high as 7th and a point off the play-off positions.

Since Rovers' upturn in form in the New Year, there has been a lot of external speculation over the club's chances of a top six finish but it's speculation that Tony and the side aren't buying into.

"We've just got to take every game as it comes, we know what we're capable of but we can't afford to look beyond the next game and our focus is fully on Northampton this Saturday." Tony said at the training ground on Thursday afternoon.

"We know their strengths and weaknesses, they had a good January signing a lot of good players who know the league so it'll certainly be a test for us.

"They're fighting for their lives so they'll be fighting for every ball and they'll likely have the result against us earlier in the season on their mind which might be an extra incentive for them, but we'll concentrate on the job in hand and we've got a game plan that we're going to stick to." 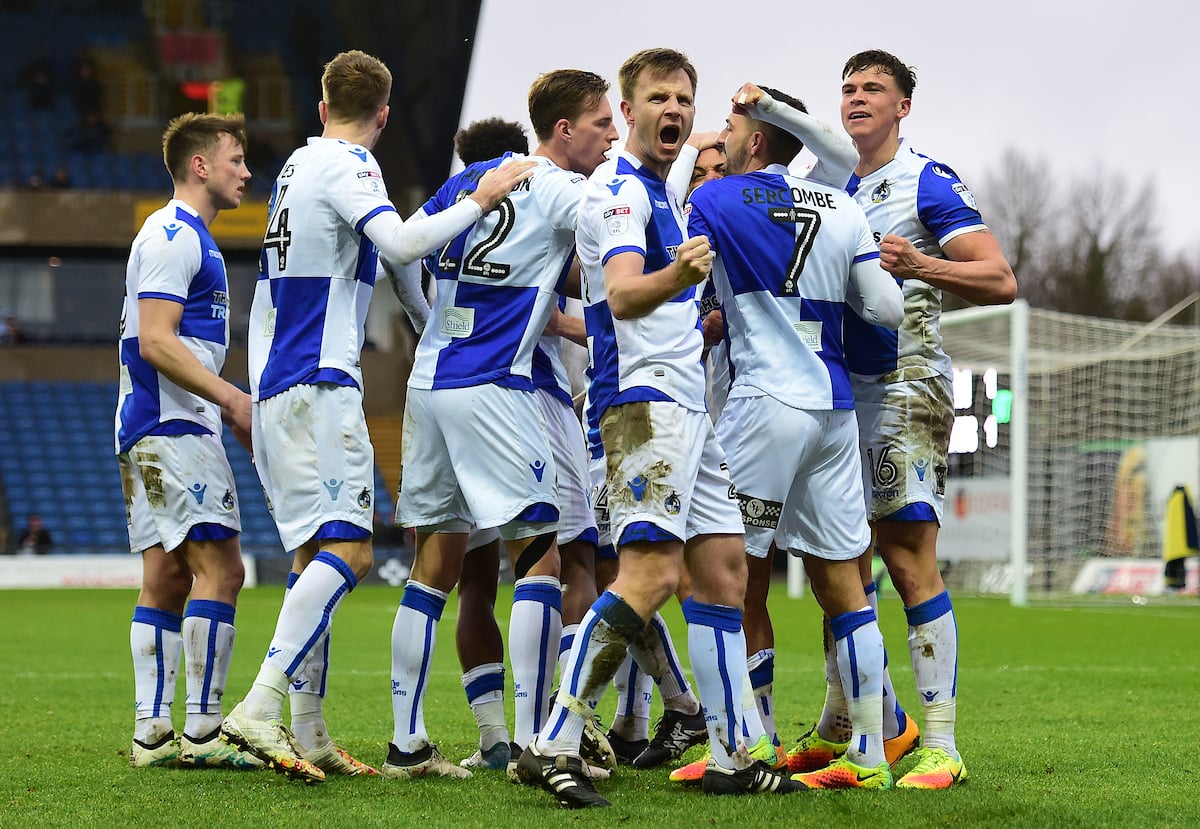 After arriving as a free agent the day after the transfer deadline following his release from Millwall, Tony has played every minute so far.

Fellow centre half and club skipper Tom Lockyer returned from injury against AFC Wimbledon last month, and has partnered Tony in the heart of the defender ever since.

Darrell Clarke also has recognised centre backs in the shape of Ryan Sweeney and Tom Broadbent, and Tony thinks squad dynamic in that position is positive.

"Locks [Lockyer] and I have been doing alright together but we've still got Tom Broadbent and Ryan Sweeney who are certainly keeping us on our toes.

"We know if we let our standards drop you've got those other lads waiting in the wings but it's great to have competition for places.

"I like to pass on my wisdom and have a chat with the boys; they're not shy and if they've got a question they'll come and ask which I like but more importantly I'm concentrating on my football and I'm thoroughly enjoying it at the moment."

Away from football, a lot has changed for Tony since departing Millwall and London; the city he's lived in more or less his whole life.

Despite upping sticks from the capital, the 32-year old is adjusting to life in the West of England well.

"I've settled in very well, all the lads have made me feel welcome and it's a great group where everyone gets on with everyone.

"I'm old enough and wise enough I think to know how to occupy my free time, I've got things off the field I can do as well like my coaching badges.

"Bristol is a great place, the hotel is really nice and more importantly the atmosphere in the city and at the club is superb."