Sam Slocombe made his first Rovers appearance since the end of October, in last Saturday's victory at MK Dons.

The 29-year old looked solid between the sticks, claiming a number of crosses under pressure and in a particular highlight of his performance, producing a superb save to keep out a Robbie Muirhead volley in the second half.

All of this and an assured defensive display in front of him earned Sam a clean sheet and a platform for the side to secure a 1-0 win thanks to Ellis Harrison's SkyBet League One Goal of the Weekend winning strike.

When asked about the game in Milton Keynes, Sam was quick to direct the praise towards his teammates.

"I thought the lads played fantastic on Saturday, the gaffer made a few changes, freshened things up and maybe changed a bit tactically." Sam told the club at the training ground on Tuesday.

"I thought it was a very good performance from us, we stayed disciplined late on when they had a spell of pressure and dug in to deal with it.

"For all the possession they had late on I don't think they troubled us too much and I don't feel it was too taxing for myself, it was just a case of staying concentrated."

Sam has been forced to remain patient during his first season with the Gas, making just 16 appearances so far in this campaign, the last of which before last Saturday came at the end of October 2017 against West Ham under-23s in the EFL Trophy.

The stopper has been competing with fellow keeper Adam Smith since they both signed on the same day last summer, but insists their relationship is healthy.

"It's a different kind of relationship between keepers compared to outfield players and you understand that only one of you can play; it's not like you can come on and get five or 10 minutes here and there.

"It works both ways, if Smudge [Adam Smith] was having a bad time I'd be there to help and encourage him and same the other way if he's playing well, which I think he has done recently making some really important saves in games that have helped us pick up points." 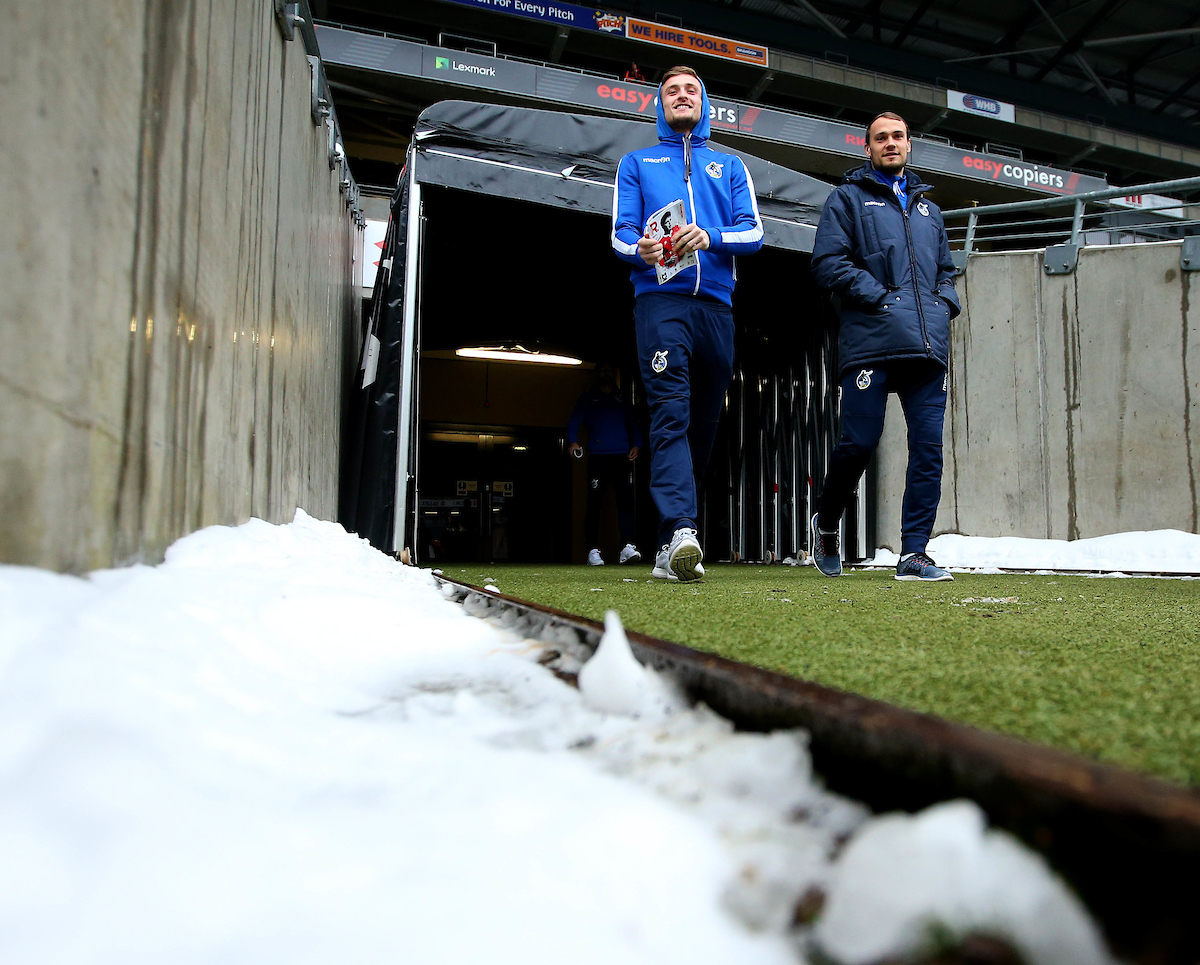 Despite maintaining a professional attitude and insisting he and Adam share a common goal as the side's two senior keepers, Sam admits it can be tough to watch from the bench.

"It is quite difficult when you're not in the team but I've been in the game long enough to know that's how it is as a goalkeeper.

"If you're not in the side you can be waiting a long time for an injury, a suspension or a loss of form.

"You've just got to be patient and make sure you're training right in the hope that the manager gives you an opportunity and when he does you make sure you take it."

Sam has featured in a number of Development Squad games whilst Adam Smith has been enjoying a run of games in the first team, in order to keep his match sharpness and be ready if called upon by Darrell Clarke.

Whilst some experienced pros might view playing reserve games as a chore, Sam is happy to get game time nonethless and mix with the younger keepers in the club set up.

"I do like to play in the Development games, I like to play football no matter what, however it also can be unfair if I play too much on Alexis [Andre] and Thom [Jonkermann] because that's what they're here for, but if I can play a few here and there I'm happy to do that."

"We've got a great goalkeeper's union here! You don't get that very often in League One and Two as most managers want to spend all their keeper budget on two good goalkeepers but credit to the club and the manager here for supporting younger lads."

"It's good to have that tight knit bond between us and help each other out and for those two lads in the Devleopment Squad their goal will be to get a career in football and I feel part of my role here as a footballer is to try and aid them in doing that."

Watch Sam's full interview below on our YouTube channel.