Assistant Manager Marcus Stewart gave us his reaction to the release of the 2018/19 Sky Bet League One fixtures.

Rovers kickstart the 2018/19 campaign with a trip to Peterborough on the opening day, with Darrell Clarke's side once again going head to head with the Posh in the opening stages of the season.

"Almost at the same time last season, it was Peterborough who travelled to face us at The Mem and, as we know, they ran out 4-1 winners on that occasion," said Stewart.

"We always expect a tough contest when we face Peterborough. We know that they are an attack minded team."

"We went there last year and a drew of course, but we know it will be a tough game, just like it was at Charlton Athletic on the opening day last season.

"We have got a busy period to start things off, with six games in the first month. Four of those fixtures are at home, including the Carabao Cup game with Crawley. It's always good to have a solid block of games to start the season."

One of the fixtures that stands out for the Rovers Assistant Manager is a trip to face his former club, Sunderland.

Rovers make the trip to the Stadium of Light in December, with a great many supporters planning the long trip North.

Marcus is looking forward to the prospect of facing The Black Cats, but signals the importance of the festive fixtures in the wider scope of the season.

"Of course, that's a fixture that stands out for me and I'm looking forward to visiting one of my former clubs," said the Rovers Assistant Manager.

"Everyone in this league will look forward to visiting the Stadium of Light, just because of the size of the club that Sunderland are. "

"I always look out for the games over the Christmas period, to see who we face and where we will be over the festive run of fixtures. I then shift my attention to the run in and the final game." 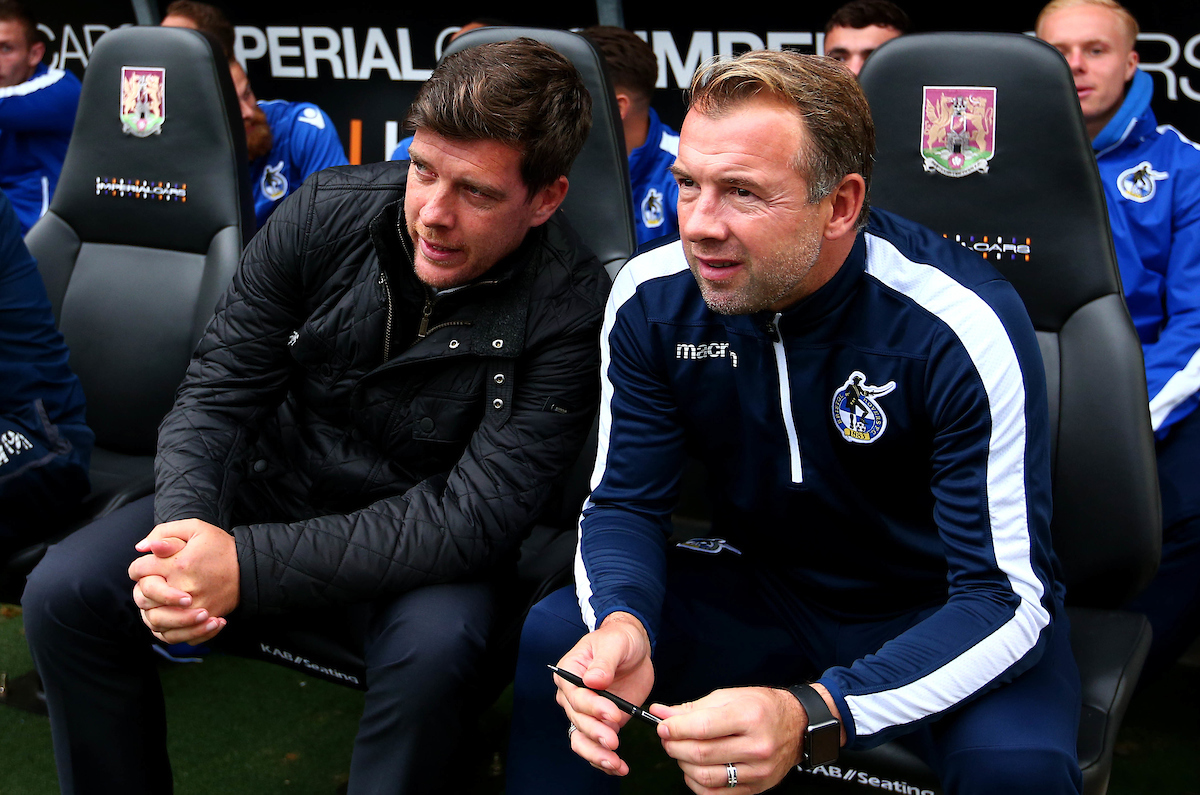 Rovers haven't enjoyed the best record on the opening day in recent campaigns, and Marcus was keen to look at the bigger picture, rather than exclusively focusing on the game at the ABAX Stadium and looks forward to facing some new faces throughout the course of the campaign.

"I understand that the opening day record isn't great, but I would take a loss on the first day and then go on to win promotion!

“That's how I view at it, looking at the bigger picture overall. Of course, a win over Peterborough would be nice, but promotion is everyone's goal, and in between that you have various targets across the season.

“Luton will fancy themselves on the back of promotion, as will Accrington, Wycombe and Coventry, who are all fresh on the wave of winning promotion, just like us during our first season back at this level.

“Sunderland will, of course, be fancied to go straight back up, as will the other relegated sides, but there's a number of places up for grabs.”