Rovers supporters both in the UK and abroad will be able to watch midweek matches on iFollow next season.

Following iFollow’s successful introduction in 2017/18 for supporters based overseas, enhancements are being introduced to the live streaming platform ahead of the start of the new campaign at no extra cost to viewers.

Improved production values are being implemented across the online broadcasting service, providing Clubs with the scope to introduce bespoke commentary as well as on-screen graphics. Some midweek Championship matches will also benefit from a four camera setup while additional enhancements to iFollow include more in-game statistics via the app, mobile/desktop websites and an improved match centre.

Prices for the platform have been frozen at £110 for the season for overseas viewers, and International Season Pass subscriptions are on sale as of today. Supporters can find out details on how to subscribe by clicking HERE.

In a second development, and in what is a first for English football, some Sky Bet EFL matches will also be made available to watch to supporters within the UK and Ireland throughout the 2018/19 season via iFollow.

This development has been made possible due to the new broadcast agreement with Sky which was agreed last year, whereby EFL Clubs have been granted the rights to stream games to a domestic audience, in addition to their followers overseas which has been available since the start of 2017/18.

EFL Clubs will be able to live-stream in the UK and Ireland any league match via their respective iFollow (or equivalent) service that takes place outside the blocked hours of 14.45-17.15 on Saturday afternoons and that is not broadcast live on Sky Sports (fixtures taking place on Bank Holidays or Easter will be unavailable for streaming).

Details of how to access EFL matches domestically will be announced in due course.

Subscribe to iFollow today and make sure you don't miss any of action during the 2018/19 season! 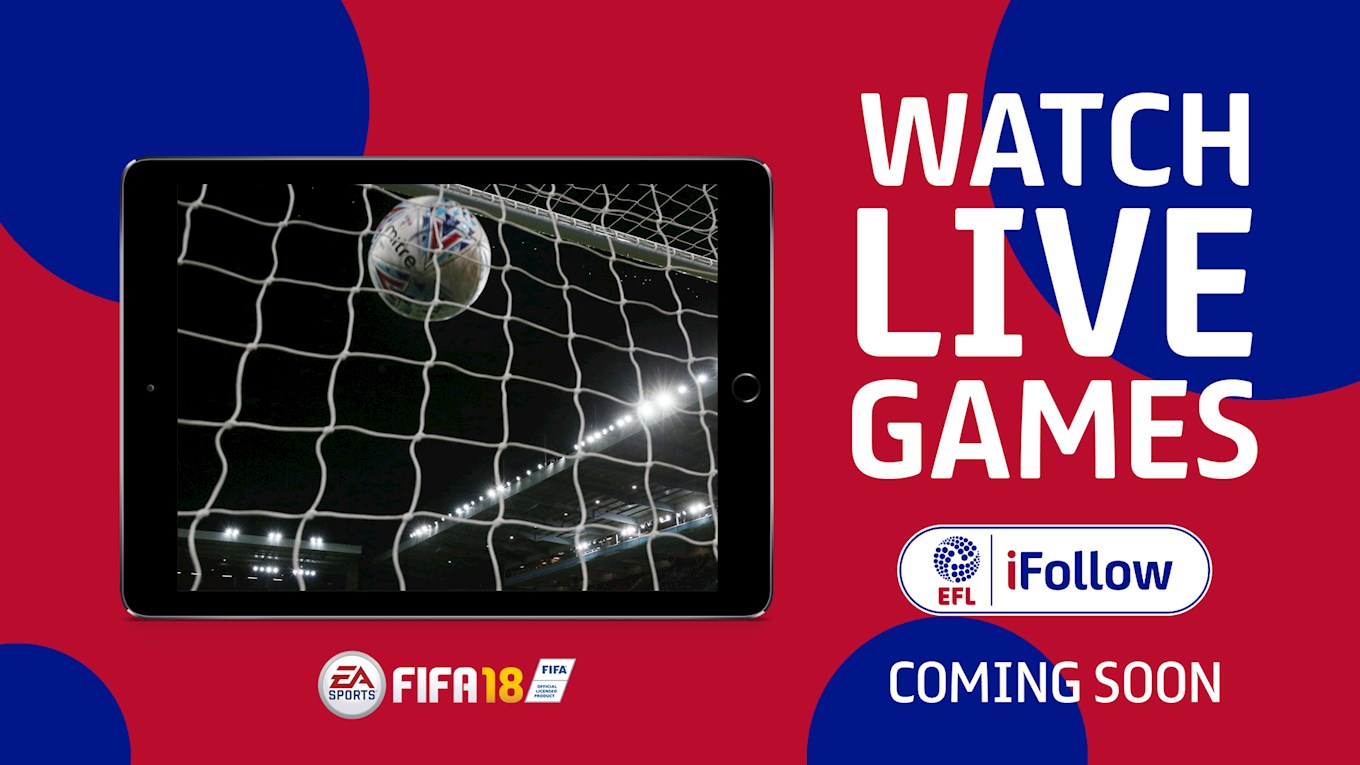