Rovers claimed a 2-0 victory over Dutch side FC Eindhoven on Wednesday afternoon, with Ollie Clarke and Kyle Bennett getting on the scoresheet.

The first significant chance of the game fell to FC Eindhoven five minutes in, with Karim Essikal testing Slocombe down to his left with a decent curling effort from 25 yards; Jay Idzes picked up the scraps and almost found an unmarked teammate in the six-yard box.

Shortly after Rovers had a great opportunity themselves, with Alex Rodman sliding Bennett in down the right with a useful ball before getting himself into the box but couldn't quite get his toe to the ball in what surely would've been a goal otherwise.

Bernard Mensah was leading the line and on the half-hour mark was inches away from getting through on goal, being slipped in behind with a cute pass but sadly the linesman raised his flag; it looked tight.

However minutes later Rovers did manage to take the lead, with Bennett directing a superb header goalwards off Upson's deep cross but he was denied by a strong save but O.Clarke was on hand to tap home the rebound.

After the goal Rovers continued to look assured in possession, with the goalscorer spraying a nice ball out left to Bernard Mensah, the forward drove towards the box and had good options in  Sercombe and Bennett but his cross was blocked. 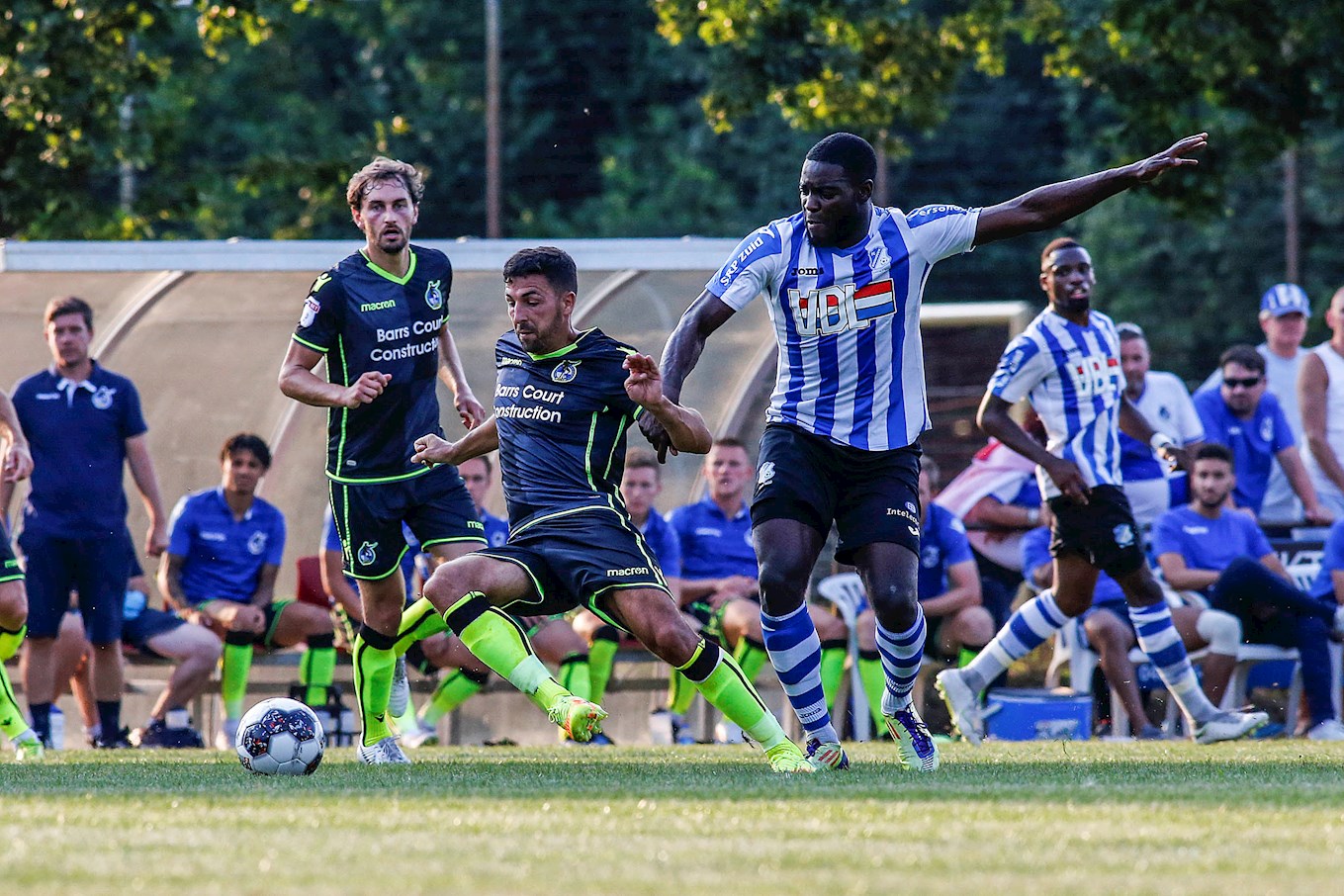 The first 20 minutes of the second half contained a limited amount of action, with Rovers having to deal with a number of crosses into their box; more often than not  Lockyer was there to head away.

James Clarke was also displaying some strong defending, particularly with an assertive block on Elton Kabangu who had done well to dribble into the box from the left and get a shot away.

With 20 minutes left on the clock, Luke Russe came on for Michael Kelly.

Matthews had looked bright since his arrival to the game, particularly when he picked up the ball and drove beyond the midfield and towards the defence, being brought down to stop his raid on the Dutch side's backline.

With little less than five minutes left on the clock, Rovers had their second when Bennett ghosted into the box and past the defence down the right unnoticed, set himself and rolled the ball past the onrushing keeper and into the net to round off the game.