Goalscorer Ryan Sweeney looks back on a pleasing display at the Keepmoat Stadium.

The defender was drafted into the starting eleven as a replacement for Tom Lockyer, who missed Saturday's encounter due to injury.

Looking back on the contest against Doncaster Rovers, Sweeney recalls the determination that the squad had to demonstrate in certain phases of the game to be able to come back from conceding inside the opening five minutes.

"We had to dig deep, especially in the second half," admits Sweeney.

"During the first couple of minutes of the game, we probably didn't come out of the traps as quickly as we would have wanted to and we finally managed to a get ahead for a period of the game around about the time that we scored our first goal, but then lost our way a little bit for the final ten minutes of the first half and had to rely on a couple of last-ditch blocks to keep us level heading into the break and Adam Smith pulled off a great save during that period as well."

"It was all about coming out for the second half and just trying to get ourselves back on top in the game and it was great to score so soon after half-time. It then was vital that we kept them out, which we did and we managed to nick another goal on the break towards the end of the game that helped us over the line."

"Overall, it's a great three points."

Saturday's fixture was the second game in a row where Rovers have battled back from conceding the first goal to register three points, a trait that Sweeney believes is a testament to the belief and character of the players in the squad, with victory in South Yorkshire stretching a recent unbeaten run to six games in SkyBet League One.

"I know a few of the lads have said it in the press recently that we have a great team spirit and I think that showed. We never let our heads drop after going a goal down."

"It demonstrates great camaraderie to recover from that setback and to eventually come away with all three points."

"We are always looking to put a run of results together and we can see how results are helping us to climb that table, which is pretty congested. We are looking to stay inside the top-half of the table and push on from there."

"At the moment it's six games unbeaten, but are hopeful of adding a few more games to this run." 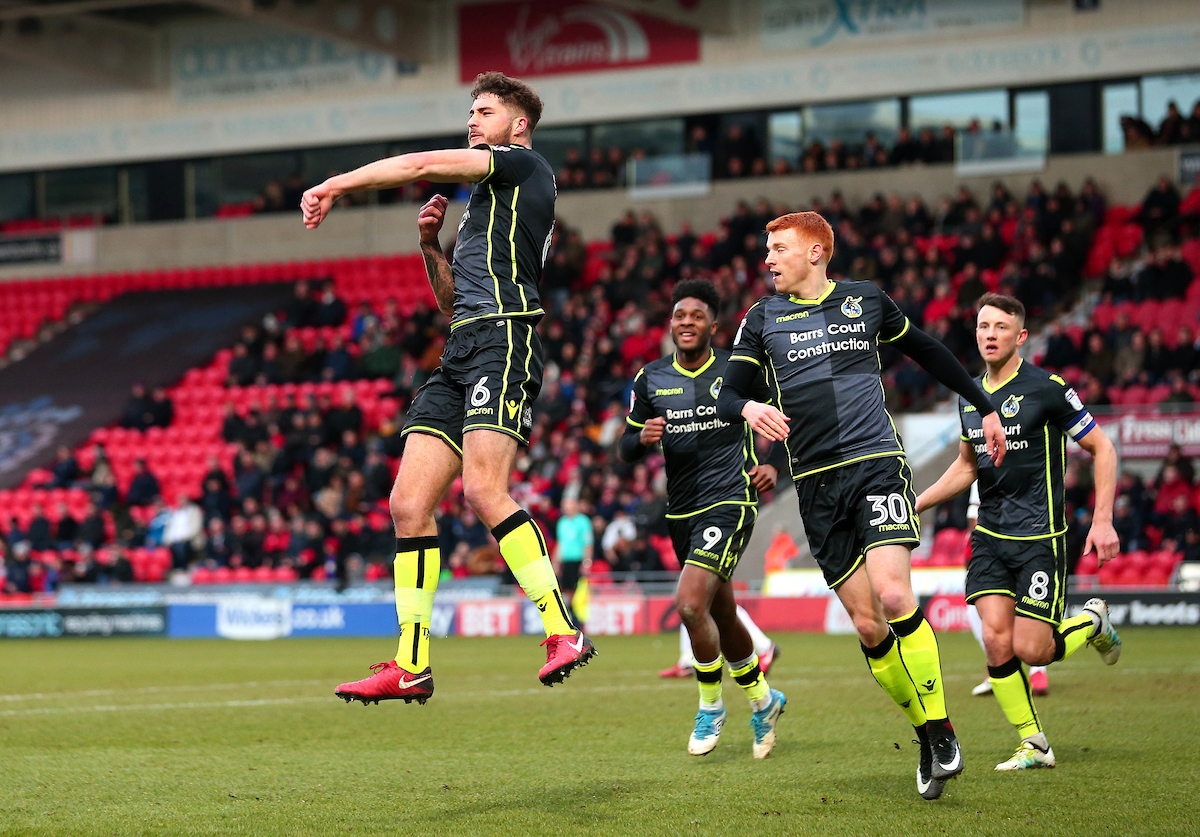 Since the festive period, battling displays away from home have seen Darrell Clarke's side draw in three consecutive fixtures before yesterday's victory, which Sweeney believes helped to prepare the squad to take home all three points on offer at the Keepmoat.

"The away form was nowhere near good enough at the start of the season. You can't expect a quick turnaround, so we have put the blocks in place with a few draws in recent weeks and to come away with three points in what was a massive game against Doncaster, it gives us a lift and provides the fantastic travelling support with something to cheer."

The defender's first-half goal signalled his fourth strike of the season, which Sweeney's admits is pleasing, as it's an area of his own game that he benchmarked for improvement on his return to Rovers.

"At the start of the season when I rejoined on loan, I said that adding goals was an area of my game that I wanted to improve upon. So to have a couple of goals to my name already this season is pleasing and hopefully, I can add more goals between now and the end of the season."