Defender Rollin Menayese speaks to the Club following the news of his contract extension.

The twenty-year-old towering centre-back has had to be patient with his first-team opportunities but has impressed with his performances so far during his Rovers career.

The defender, who joined the Club in the summer from Weston Super Mare, insisted that he wanted to get the contract extension signed as soon as it became an option.

"I was thrilled to get is all sorted. As soon as the Manager told me it was an option, I just wanted to sign as soon as possible," admitted Menayese.

"I would have been happy to break through into the first team this season and as a player, you always want to play more games, but sometimes you can't and I understand that side of football."

"So far, I'm happy that I have managed to play a handful of games and I just want to kick-on now."

The defender regularly travels with the squad to first-team matches and understands that the exposure to the first-team environment can only benefit his progression as a player.

"It's all part of the game and I'm still very much learning my trade. It all comes down to the experience and it is always good to be in and around the first-team environment, just to watch the games first-hand and to observe the players who play in the same position as me." 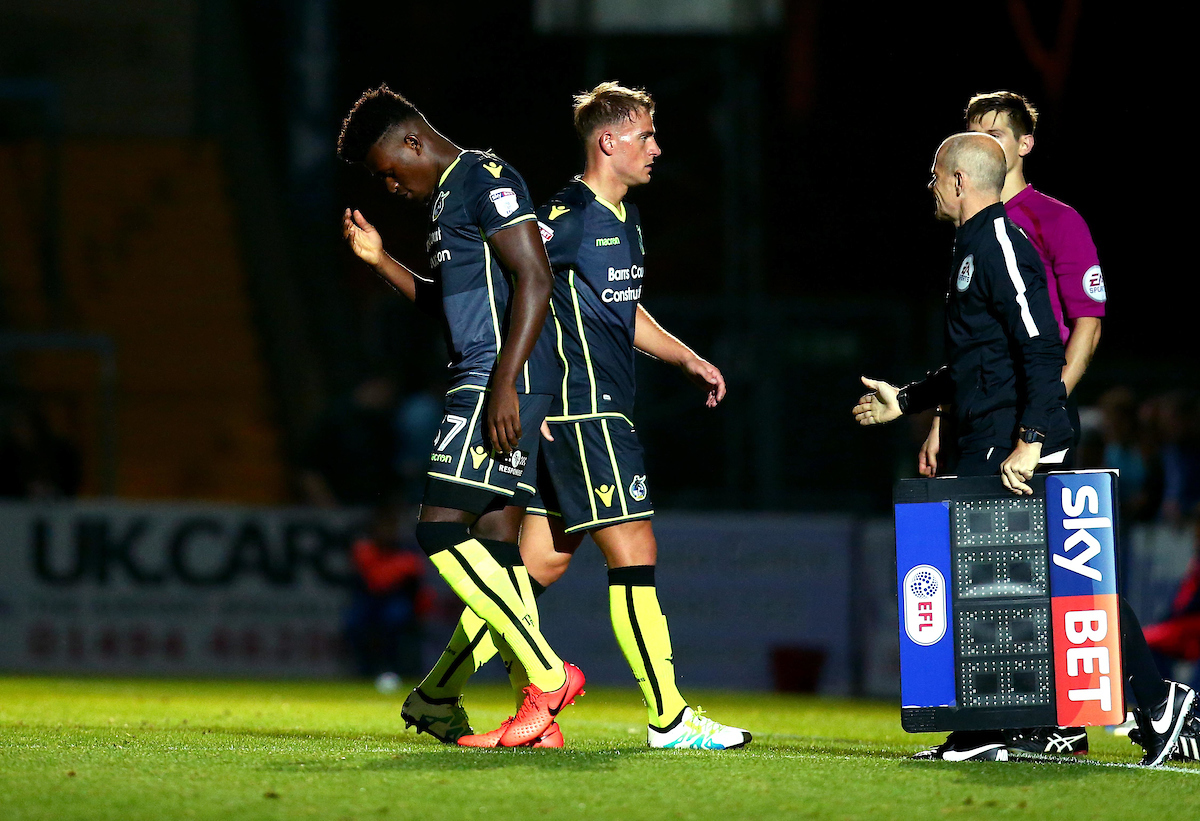 Menayese made his club debut during a Checkatrade Trophy tie against Wycombe Wanderers and quickly progressed to make his EFL debut in a memorable fixture at Sixfields and has since partnered Tom Broadbent in defence during our narrow defeat away at Scunthorpe.

"The first game against Northampton was incredible," recalls the defender.

"The whole squad played out of their skins that day and against Scunthorpe, the players had to dig deep and we conceded quite late, which was disappointing."

"Playing alongside Tom Broadbent was good, as he was always talking in my ear and guiding me throughout the game."

Switching focus on his future ambitions, the defender wants to build on the experience already gained this campaign, which he believes will prepare him for when chances arrive in the future.

"I think that I have managed to learn a lot about the league. Just by going away and watching how the different teams like to play."

"I've had a taste of what the manager wants from me and the requirements of playing at this level."

"I'm always learning and there's a long way to go in my development and I know that I have to wait for my chance and take it when it comes."