Rovers score twice in the final ten minutes to earn three points against Portsmouth at the Mem.

Billy Bodin's driven attempt early on was one of just two attempts on target during the first-half, as Adam Smith produced a routine save to deny Brett Pitman from scoring midway through the opening forty-five minutes.

Oliver Hawkins edged Portsmouth ahead on the hour mark, as the striker headed home from an Adam May cross, but goals inside the final ten minutes from Stuart Sinclair and Liam Sercombe provided Rovers with dramatic late victory at the Mem. 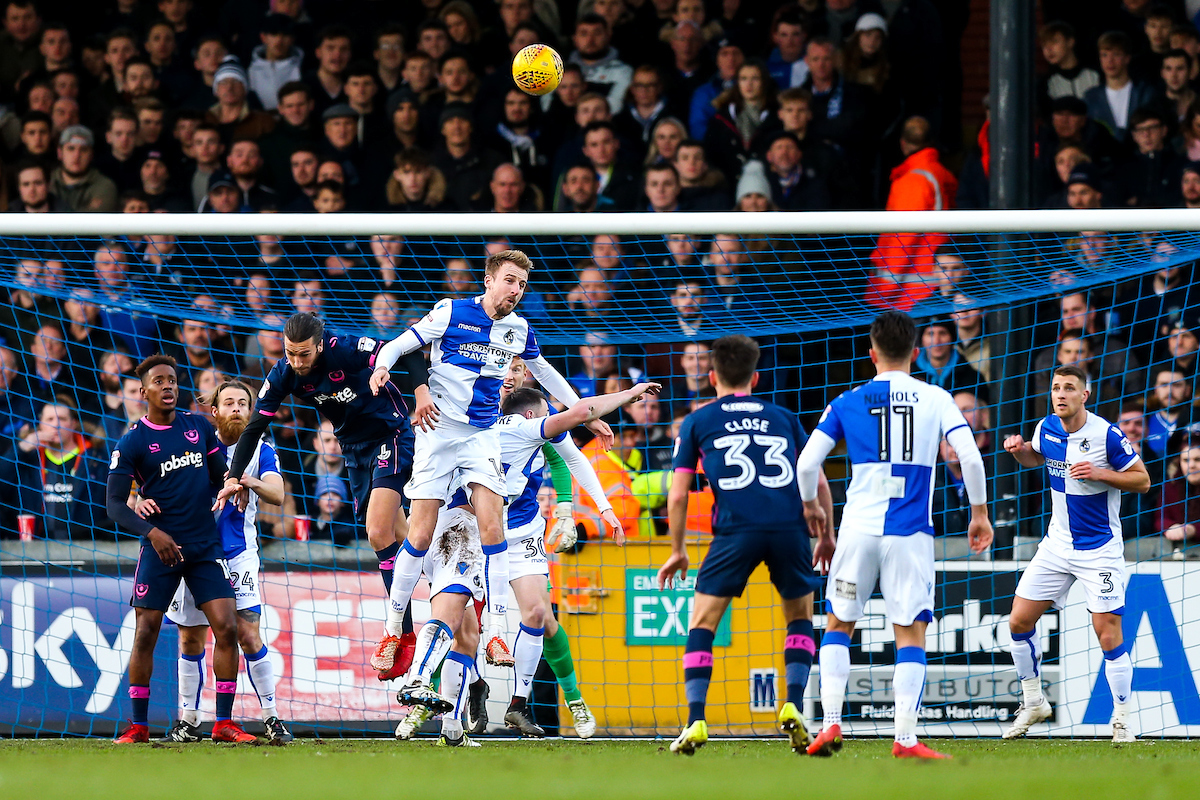 Heading into the game, Rovers made four changes to the side that registered a point at Oldham on Saturday.

Liam Sercombe, who had featured in all of Rovers' games so far this season, started the game on the bench, while Ellis Harrison, Ryan Sweeney and Marc Bola all missed out.

The visitors, in turn, made just two forced changes, as Adam May and Jamal Lowe come into the starting eleven, replacing the injured Daniel Rose and Gareth Evans. 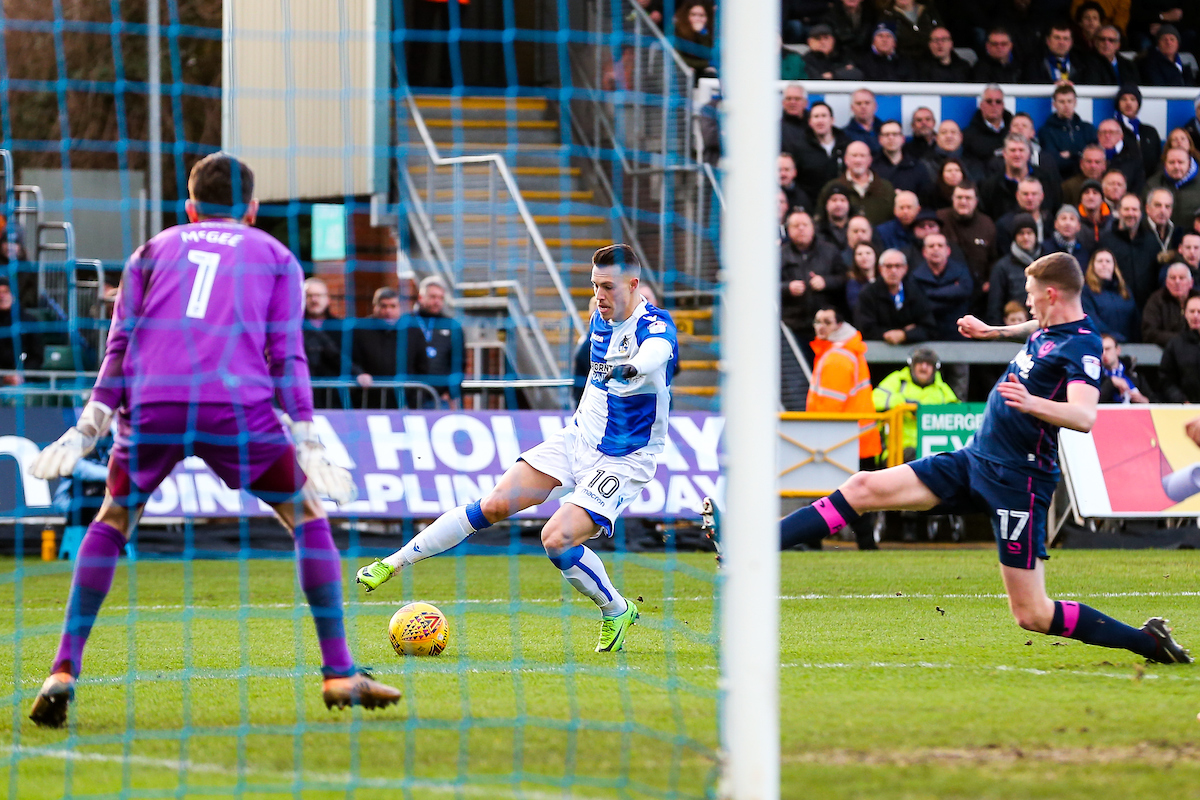 Rovers looked to start the contest on the front foot and managed to test Portsmouth goalkeeper Luke McGee inside the opening two minutes. The chance came courtesy of Billy Bodin, as the forward cut inside and produced a well-struck driven effort that skidded across the surface, as McGee claimed the ball diving to his left.

Chances were few and far between in the first period as both sets of defences held strong to keep the scores level. Joe Partington made a vital touch inside the Rovers box to deflect a Nathan Thompson cross behind for a corner, as the defender was under pressure from the lurking Brett Pitman.

Pitman did get a sight on goal as the forward unleashed a left-footed attempt towards the target mid-way through the first-half that required Adam Smith to be alert to push the ball around the post.

Late on in the first half, a quick break from Rovers allowed Rory Gaffney to play a tempting ball through to Billy Bodin. The forward kept his composure to take a touch to create an angle on goal but looked to lose his balance at a crucial moment and his attempt flashed wide of the target, as the scoreline remained intact heading into the break.

Bodin was again involved in the early stages of the second half. A low cross into the Portsmouth area was controlled by Bodin, who managed to create space to direct a powerfully struck effort towards goal that was saved by McGee's outstretched leg, as Rovers couldn't direct a number of rebounded chances towards the target.

It was Portsmouth who opened the scoring in the sixty-third minute. Adam May managed to squeeze a lofted delivery into the Rovers area that was headed back across goal by Oliver Hawkins, who was able to steer his attempt inside the post to put the visitors ahead.

Portsmouth created chances to extend their lead, as Ben Close had his goalbound shot deflected away by a brave block from Tom Lockyer. Close's chance was quickly succeeded by an opportunity for Matt Kennedy, as the winger broke into the area from the left and fired a right-footed attempt that flashed narrowly wide of the post.

Rovers returned balance to the scoreline inside the final ten minutes through Stuart Sinclair. Billy Bodin was at the origin of the move, as the forward's shot from outside the area was pushed into the path of Sinclair by McGee, as the midfielder made no mistake from slotting home the rebound.

With the crowd in fine noise following Sinclair's equalising goal, there was just enough time for Rovers to create some more late drama. Joe Partington won Rovers a free-kick in threatening position, that was taken by Lee Brown. The defender disguised his short free-kick to Liam Sercombe, which allowed the midfielder to take aim at goal from twenty yards, with Sercombe's effort from range sailing into the bottom corner to put Rovers ahead late on.

In the five minutes of stoppage time, there was little threat on the Rovers goal, as the home side secured three points to start the year on a postive note. 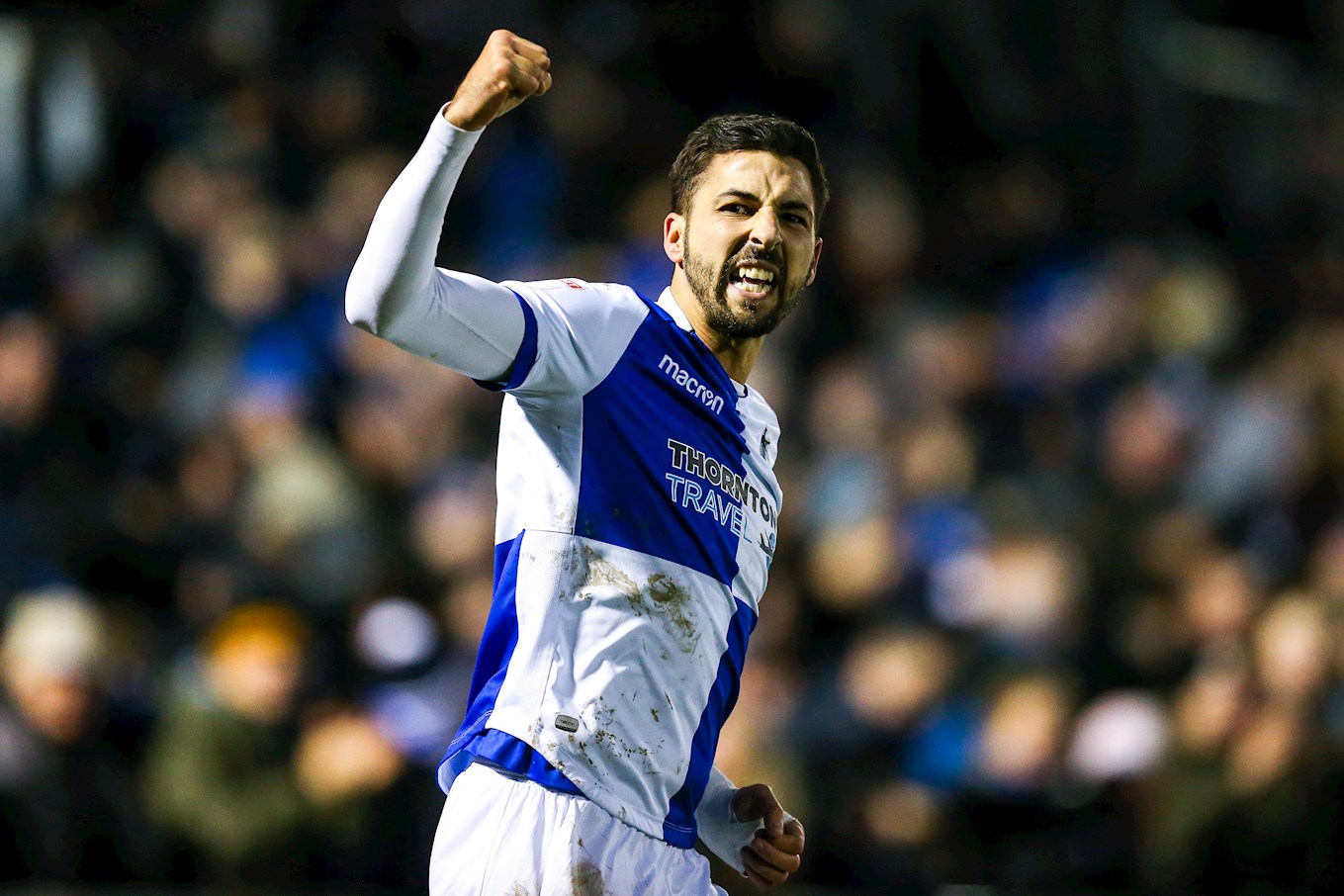