Joe Partington couldn't hide his joy at finding the net in a Rovers shirt for the first time in Saturday's brilliant 3-1 triumph over Bradford City.

It looked as though it could've been a day of frustration for Joe and Rovers, who went behind in the 37th minute to a Charlie Wyke penalty off the back of an unpopular decision to penalise Ollie Clarke for an alleged handball.

The hosts had been creating the better chances but found themselves trailing at the break, but came out in the second half with the bit between their teeth and were level seven minutes after the interval, thanks to Joe's first Gas goal.

"Yeah absolutely buzzing! I came close last week but [Joe] Lumley stopped me but I think I probably hit the ball better last week than I did today!" Joe said speaking after the game.

"It took a little while for the ball to go in but I was so pleased to get my name on the scoresheet but ultimately to win the game."

The ball dropped to the right-back from a corner, as he swung his left foot at it before watching it bounce into the City net, in front of an ecstatic North Terrace.

Joe paid homage to the fans in last week's draw at Blackpool, and did so again on Saturday.

"For fans to walk to away from a 1-0 loss to a penalty that could've gone the other way, no doubt would've been a bitter pill to swallow.

"The fans were incredible once more, the noise was ridiculous throughout the whole game and when we've scored our goals the scenes in the North Terrace were just brilliant." 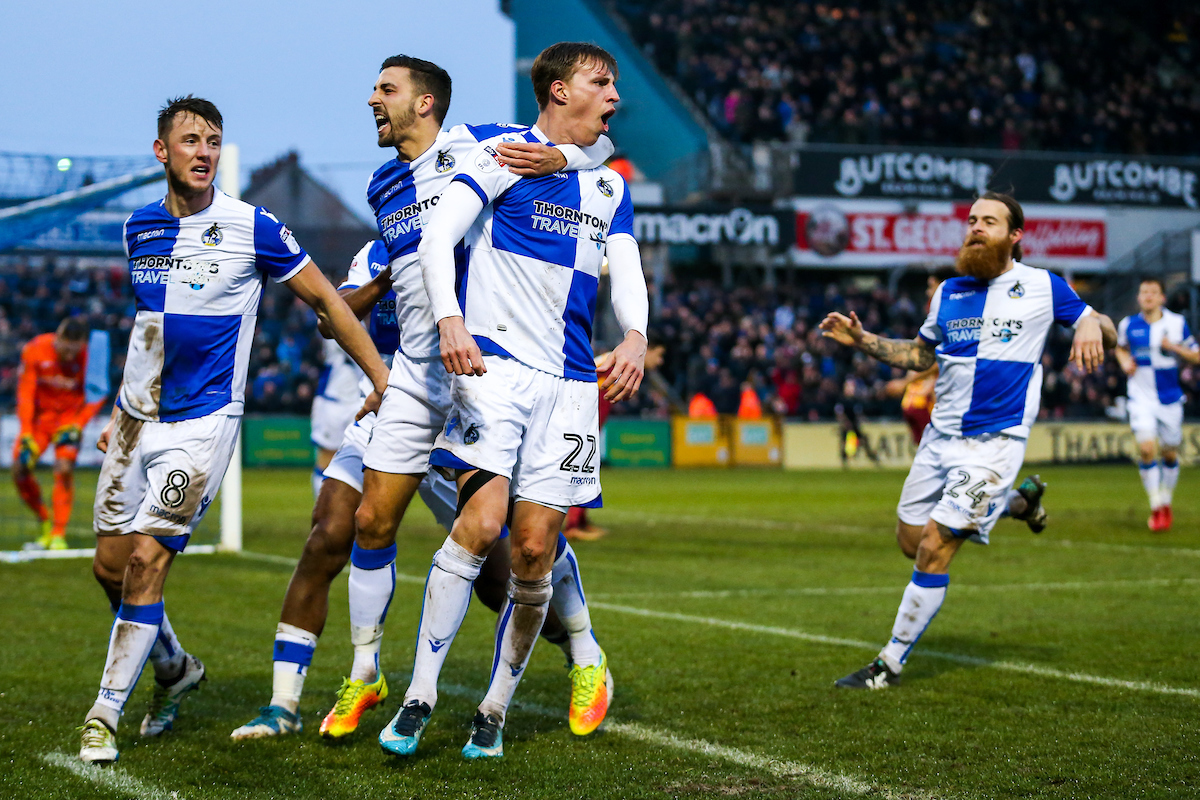 The win makes it two wins in two at the Mem in 2018, while the side are also unbeaten in the New Year.

Despite there being nine places between Rovers and the Bantams before kick-off, in no way did Joe and the squad ever feel like underdogs.

The side's home form this season has been a real positive and Joe remarked how confident the lads feel on their own turf.

"The fans want to see us as players give absolutely everything we've got and I think we do.

"From the Manager, to the players and the fans it's a place that really get's the best out of people.

"It's important that we carry on from this, still got some top teams to come here but if we perform like we did today we'll pick up a lot more points."