Ellis Harrison reflects on Saturday's win at the Mem over Bradford City.

Although he wasn't on the scoresheet, the forward had quite an influence on Saturday's victory, earning Rovers the penalty that Chris Lines dispatched to put the home side ahead, with the striker again on hand with an industrious assist to set up Liam Sercombe to grab Rovers' third goal.

"It was probably the best game to play in this season," the striker admitted.

"It was just unfortunate that I couldn't grab a goal!"

Ellis had the opportunity to add a fourth goal for Rovers late on, but couldn't find the net from a narrow position after bursting through one-on-one with the Bradford 'keeper.

"I would normally back myself nine times out of ten in those situations. It just wasn't to be!" 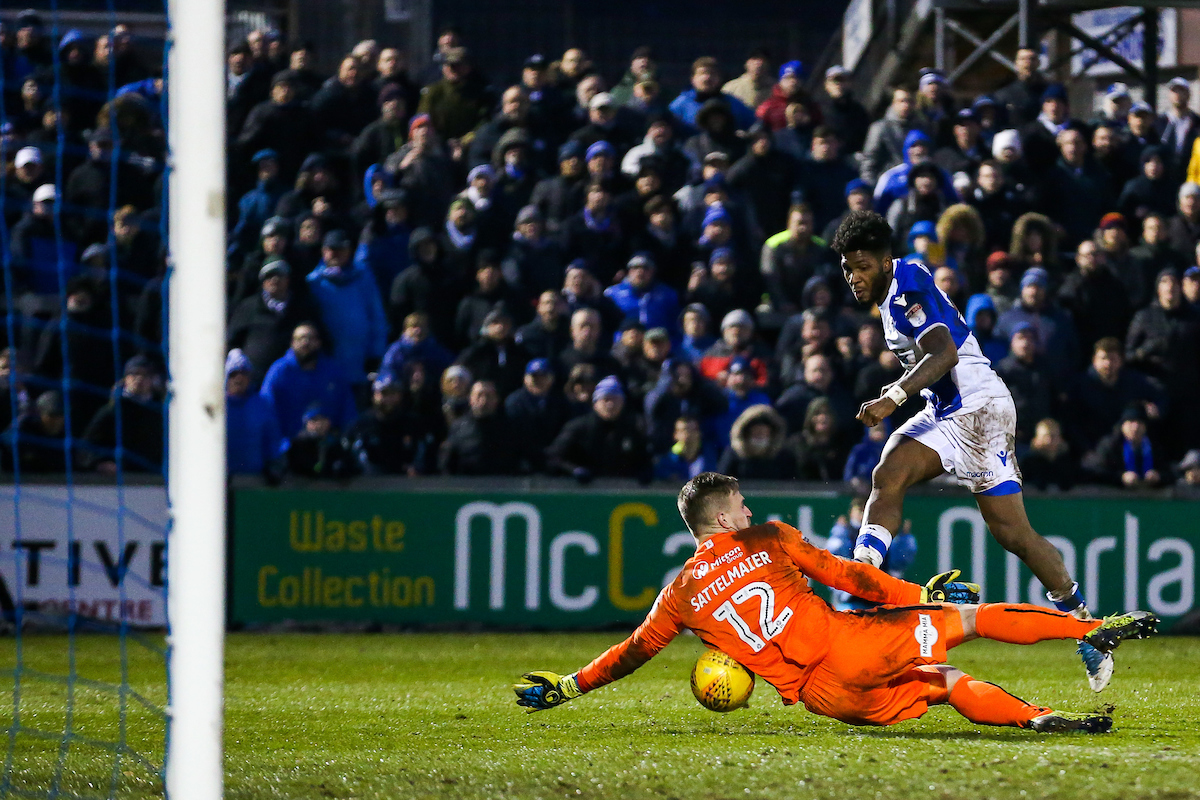 For the second home game in a row, Rovers had to battle from behind to pick up three points, scoring twice inside the final ten minutes to cement the victory over Bradford.

Ellis relays that he always felt that the team would bounce back from the setback of conceding a first-half penalty, thanks to the character of the squad and won't get carried away after extending a recent unbeaten run to five games on Saturday.

"I knew we would come out on top. As soon as Bradford scored the penalty, I said the lads 'Come on, we will beat these' and we got there in the end."

"We aren't going to get ahead of ourselves, but it's always good to grab a win at home and that's where we need to pick up the points."

"We have a great togetherness and the fans support is always fantastic. Even when we went behind on Saturday, we didn't crumble and it always helps when there's close to ten-thousand fans right behind you."

We have a great togetherness and the fans support is always fantastic.

In the second-half, there was a bizarre moment in the game when Harrison found himself tangled with Timothee Dieng, as the forward explains what happened in the unusual incident.

"His lace got caught around my boot three times, so we just sat there!"

"We almost scored from that incident, so it doesn't really matter!"

"Sinks managed to make a sharp burst towards the ball and picked out Serks. To be fair, I thought Serks (Liam Sercombe) would slip me back in, and if I had managed to score from that situation it would have been quite a goal!" 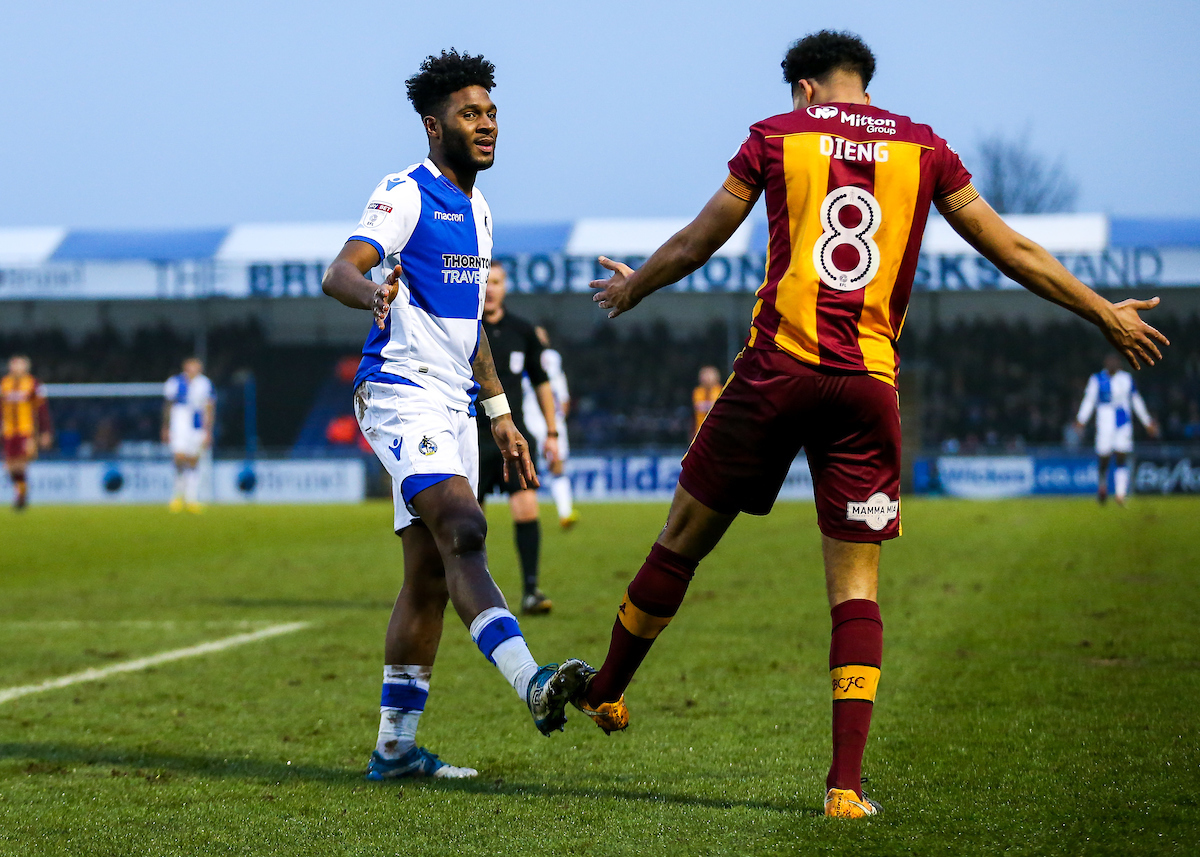 After a key part in setting up the second goal, the forward was also involved heavily in Liam Sercombe's third goal that added a two-goal cushion for Rovers and also signalled Sercombe's tenth goal of the season.

"We all know that Serks is class around the box and we all back him to score in those types of situations."

Looking forward to Saturday's trip to Doncaster, the striker wants to make amends for the defeat that Doncaster inflicted on Rovers back in December.

"We owe Doncaster for the defeat at the Mem just before Christmas, so hopefully, we can go there and pick up three points."

Watch the full interview on iFollow below.