Dom Telford scored a brace as the Development Squad cruised to a 5-0 victory over Swindon Town in the Central League at the GFA.

It was a game that Rovers dominated more or less from start to finish, and were 3-0 up inside the first half, with a Trialist opening the scoring on 24 minutes, before Telford netted a well taken brace.

Cameron Hargreaves then scored a deflected header after the interval, before substitute Rhys Kavanagh rounded off the scoring with a deadly finish. 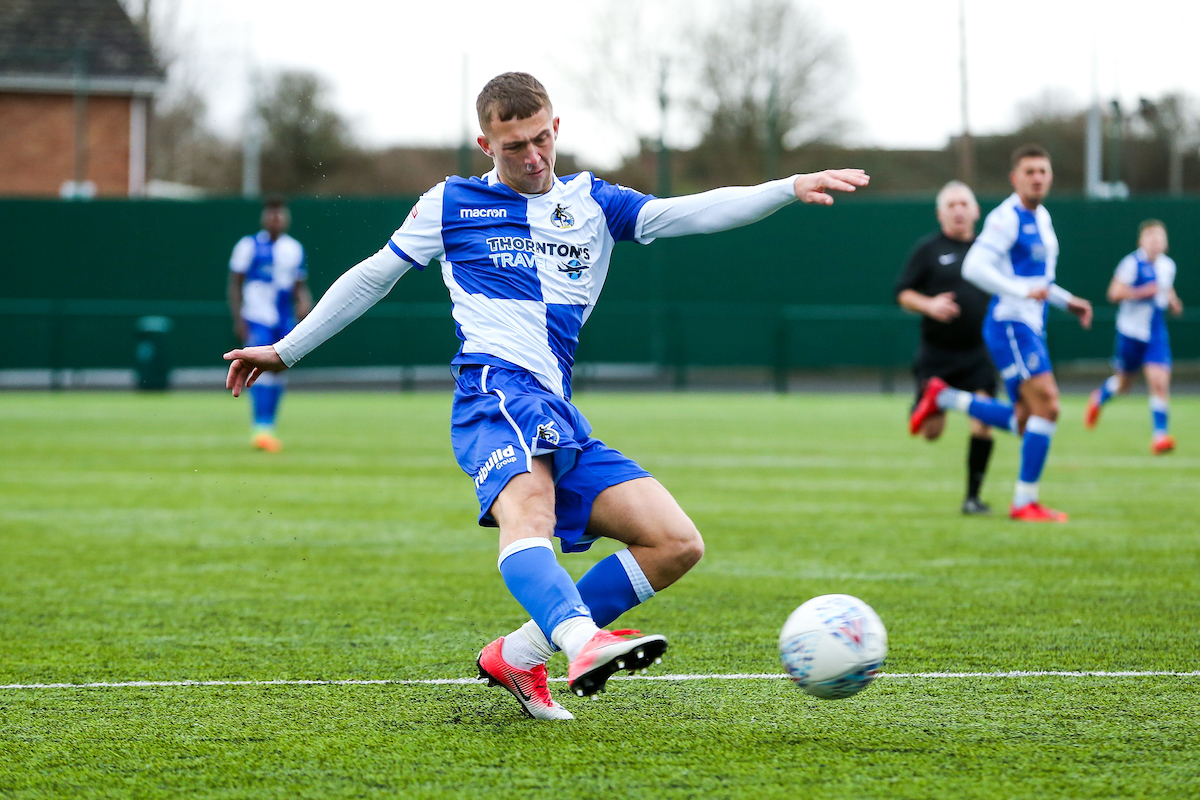 There were five first team players named in the starting XI, with Sam Slocombe, Rollin Menayese, Telford, Byron Moore and new signing Bernard Mensah all being given some game time with Chris Hargreaves' development side.

Telford got an early sniff of goal four minutes in, when he pinched to ball off a Swindon player on the halfway line, carried the ball to outside the area and tried his luck on his favoured left foot, but dragged his shot a touch wide of the post.

The forward had an even better chance a few moments later, when Mensah latched onto a loose Swindon ball in the penalty box and squared a pass to Telford who let the ball run across his body, which allowed the Town keeper to rush out and smother his attempt.

The hosts were dominating and had another chance to open the scoring, this time Luke Russe was put through on goal by Michael Kelly, only for the midfielder's controlled effort to be well saved.

Hargreaves' men continued to ask questions of the Swindon defence, and deservedly took the lead after 24 minutes, after a cleared corner was knocked back into the box and the Trialist held his run well before firing home across the keeper.

It was almost two not long after, with Telford somehow still not on the scoresheet as his low strike ricocheted off the post - Moore knocked in the rebound but was flagged offside.

10 minutes before the break and Telford got his goal, driving the ball low, beyond the keeper after good link up play down the left by Moore and then Mensah to set up the goal.

It was three with just a minute left of the first half, Telford again finding the net after he latched onto a ball over the top and rolled the ball under the onrusing keeper. 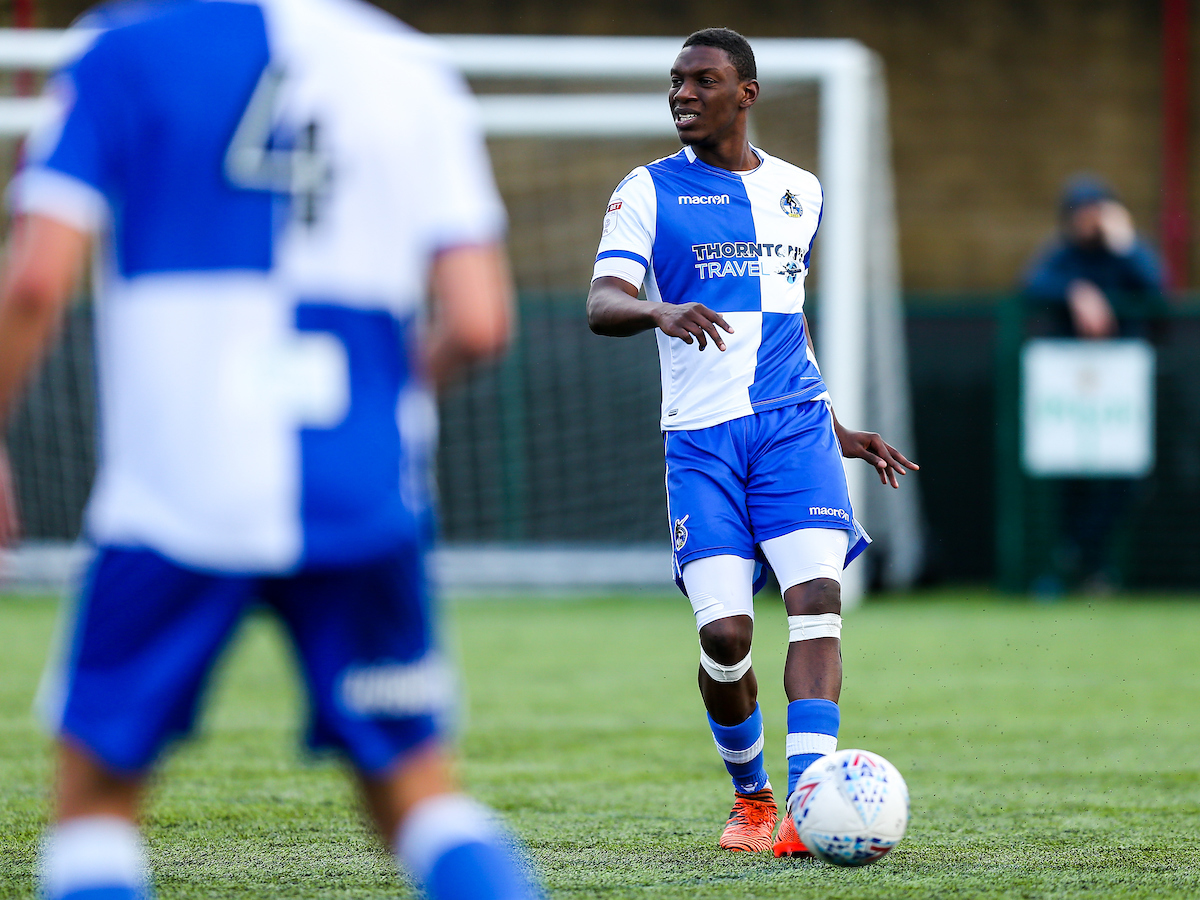 Hargreaves made one change at the break, bringing on Lewis Leigh-Gilchrist in place of Connor Jones.

The second half started in similar fashion, as Kelly drove a wonderful pass infield that was controlled by Moore and moved on to Mensah who stood up his marker but his effort hit the side netting.

Swindon had barely threatened the Rovers goal, but almost found the net out of nothing, when their number eight rifled a superb effort from 25-yards, only for it to crash back off Slocombe's post.

Up the other end, Rovers' lead increased further on 57 minutes, with Hargreaves powering a header at goal from a corner, with the goal-bound shot deflecting off a Swindon man and looping over the keeper into the net.

Telford was still running the defence ragged, and it seemed only a matter of time before he got his hat-trick, going close again with little under 25 minutes remaining, skinning his man down the left side of the box before forcing a smart stop from the keeper.

He was inches away yet again a minute later, letting fly on the half volley from outside the box as the keeper tipped his effort onto the post.

On 72 minutes, Rovers' final two changes were made, as Josh Bailey and Kavanagh came on to replace the Trialist and Byron Moore.

Kavanagh made an impact just eight minutes after his introduction, as he finished clinically from just inside the box at a tight angle to make it 5-0 to cap off an impressive afternoon's work for the Development Squad. 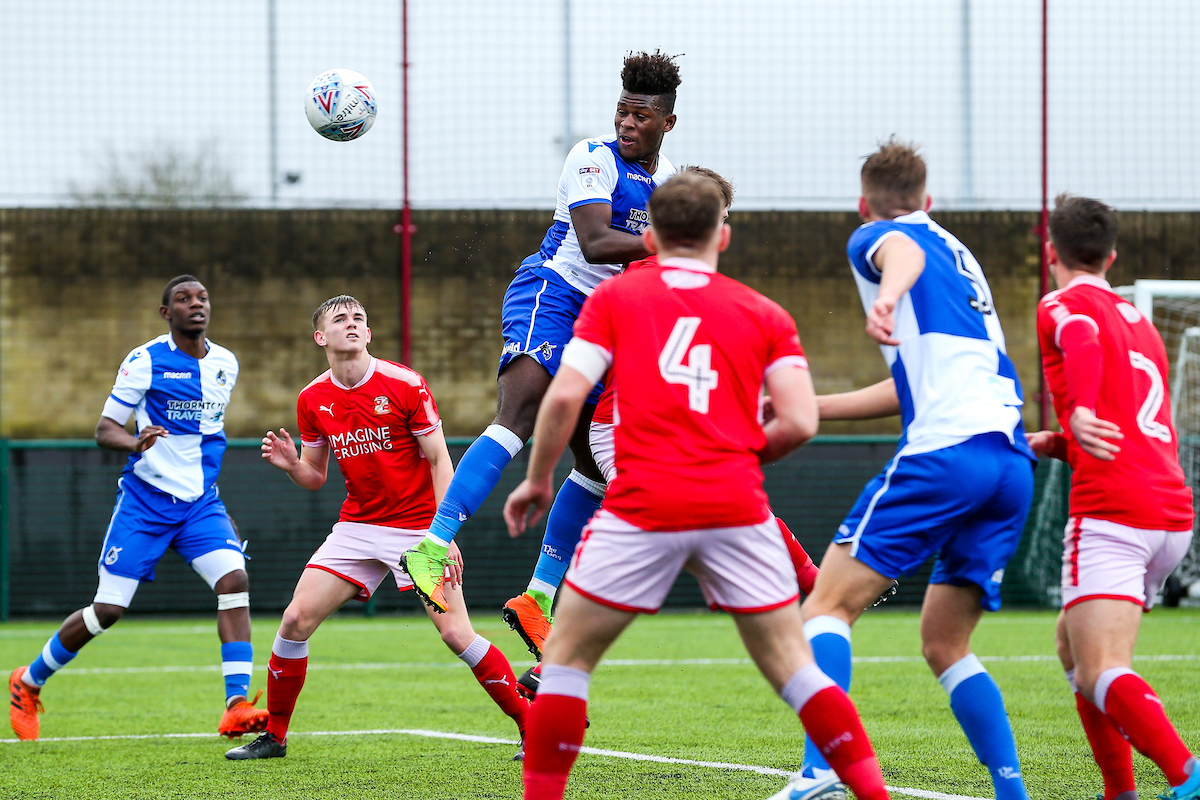